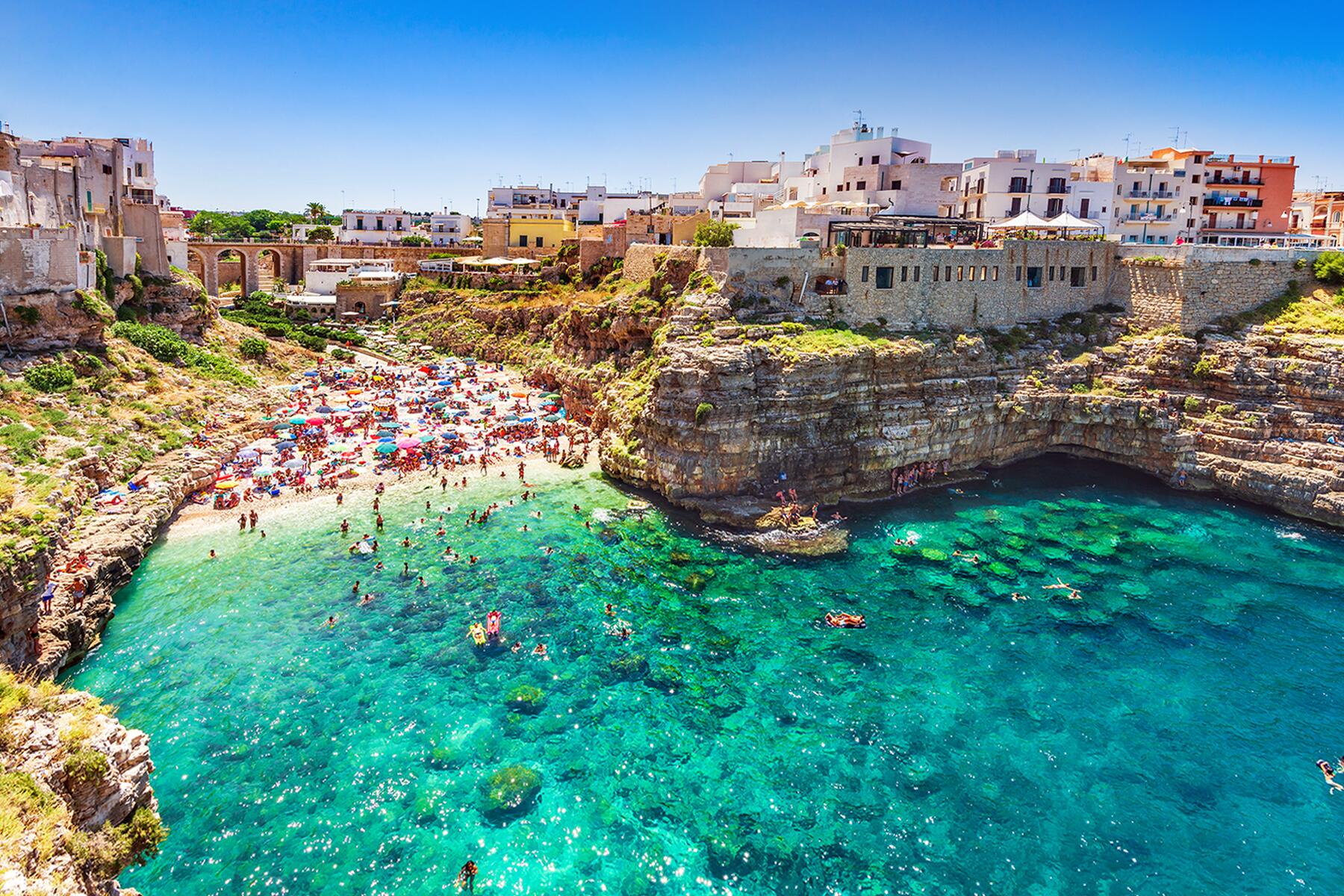 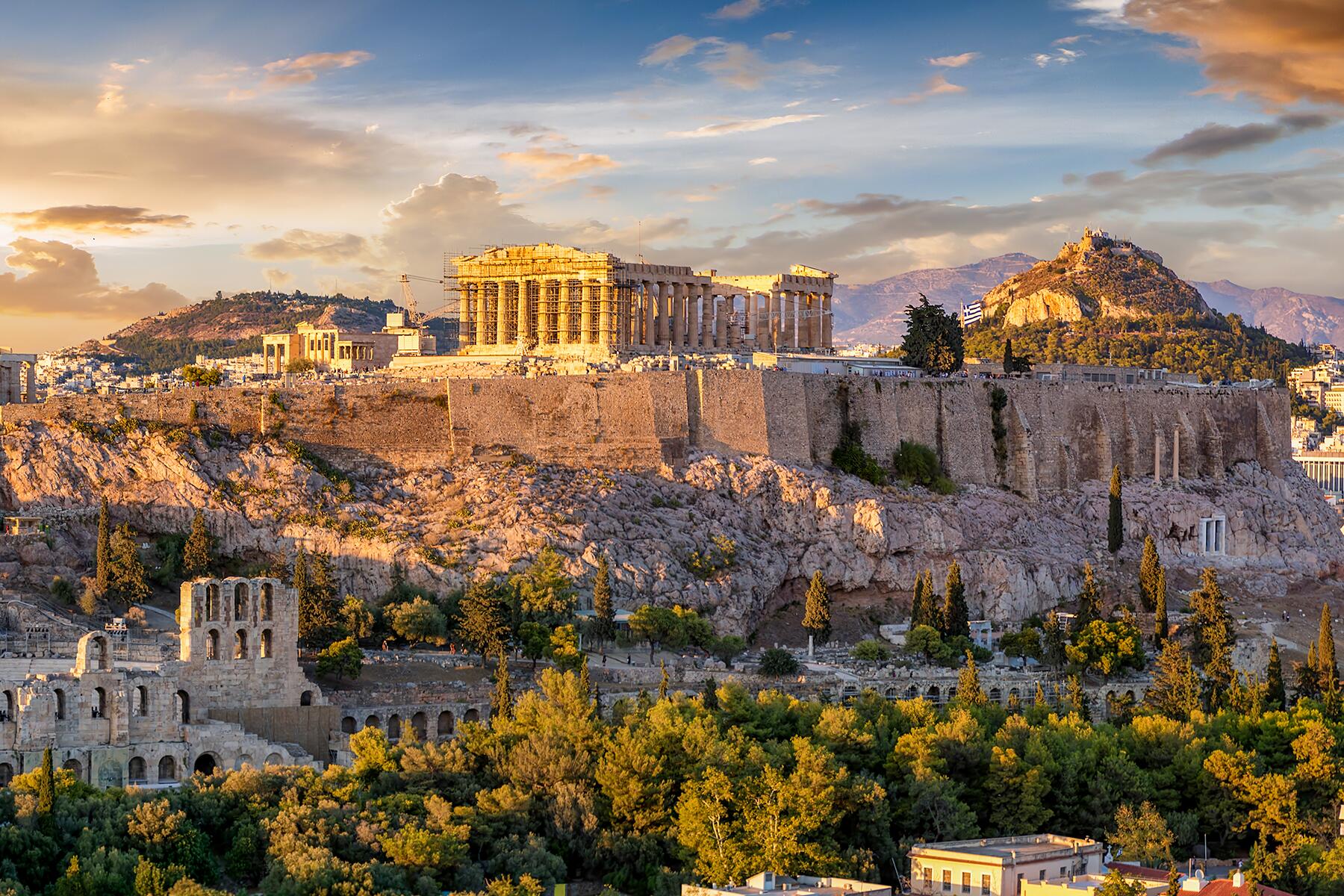 Travel Tips Eleni Gage 29 Ultimate Things to Do in Greece 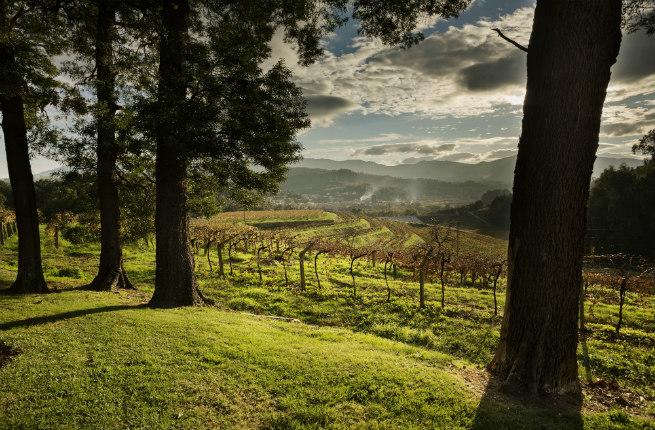 The lush, rain-soaked region of northwest Spain known as Galicia has been famous for centuries as the final stop for Christian pilgrims hiking the Camino de Santiago, a 500-mile route starting in the Pyrenees and ending at the Cathedral of Santiago de Compostela, where the remains of St. James are buried. Over the last two decades, however, different kinds of pilgrims make the journey here: wine lovers hunting for heady surprises in the ancient grape varietals found in the open vineyards of Galicia’s lower estuaries, known as Rías Baixas.

Winemaking in Galicia dates back 2,000 years to the time of Roman occupation, when it was exported to England via galleon. However, Rías Baixas was not formally established as a Denomination of Origin for winegrowers until 1988, just after Spain joined the European Union. Recognition did not come easily for the regional specialty—the aromatic, white Albariño—since Spain is a country generally associated with the color red. Yet twenty years later, Albariño’s once cult-like status seems to have skyrocketed largely due to its popularity with expert American sommeliers. Today, there are hundreds of barrels of white vintages produced from the nearly 9,000 acres of grapes scattered throughout the subzones in Rías Baixas. Here’s our guide to exploring the best of the region. 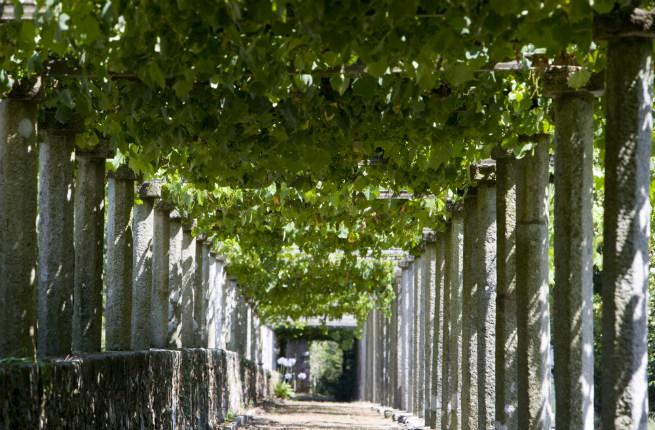 The logical launching pad for your winetasting tour is the buzzing town of Santiago de Compostela with its iconic Baroque cathedral. It’s not uncommon to see hikers or cyclists toasting the completion of “El Camino” at a wine bar along the city’s narrow pedestrian streets or to hear buskers playing bagpipes in Plaza Obradoiro, the main square, in homage to their Celtic roots.

Where to Eat: Culinary wizards Iago Pazos and Marcos Cerqueiro have transformed six stalls from the local farmers’ market into a tiny, ultra-modern eatery called Abastos 2.0. Sourced exclusively from the mercado, tapas here change daily, with inventive treats like mussels seasoned with crumbled pumpkin seed, grilled octopus with kale, and percebes (steamed barnacles), each served with Galician wines to match.

Where to Stay: Also known as Hostal dos Reis Católicos, the Parador de Santiago de Compostela, on the Plaza Obradoiro, is widely considered to be the oldest hotel in the world. Originally a hospital founded in 1499, the building is rife with historic touches, including creaky wooden doors with giant, old-style keys. 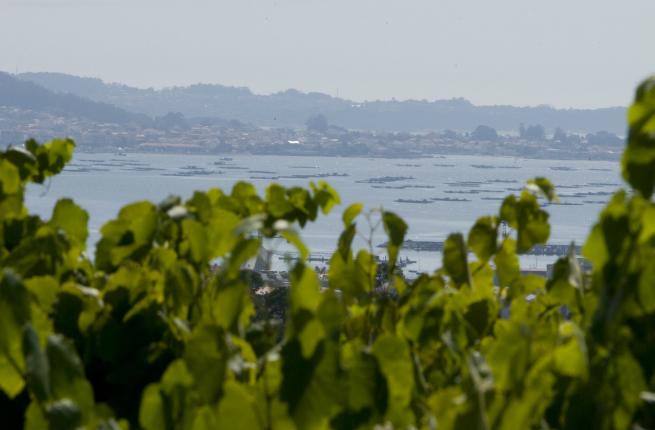 Set in the picturesque village of Cambados, Val do Salnés is the oldest, largest, and most productive subzone of Rías Baixas, with vineyards that hug the Atlantic coastline, granitic soils, and temperatures averaging 55º F.

Vineyards to Visit: Named after a legendary Galician troubadour, Martin Códax has flourished since its founding in 1986 by fifty families led by ninth generation winemaker Luciano Amoedo. Today, its wines are made from the harvest of more than 2,400 separate plots and imported by Gallo.

Nearby, the fourteenth-century family estate winery Pazo Señorans looks like it was lifted straight from the set of Under the Tuscan Sun. Winemaker Ana Quintela oversees the grape selection, while mother-daughter team Victoria and Marisol Bueno keep a close watch.

Last but most definitely not least, there’s Pazo Baión. Once owned by a Spanish drug lord, then seized by the government and turned into a winery by the collective Condes de Albarei, this sprawling stone compound in the Galician countryside boasts fifty-five acres of forty-year-old vines. The most promising bottle here is the namesake Pazo Baión Albariño with its clean taste and citrus and almond notes. (Five percent of all profits here are pledged toward fighting drug addiction.)

Where to Eat: Superb service, ridiculously fresh seafood, and unique presentation will win you over at upscale Eirado da Lena in the main square of Pontevedra. Try the finely sliced scallops served on sea stones.

Where to Stay: A sixteenth-century manor house, Parador de Pontevedra (Casa del Baron) offers a central location in the heart of the old quarter, which makes a convenient base for exploring the various subzones of Rías Baixas. Peppered with antique portraits and mirrors, the building looks out onto a lovely little rose garden. 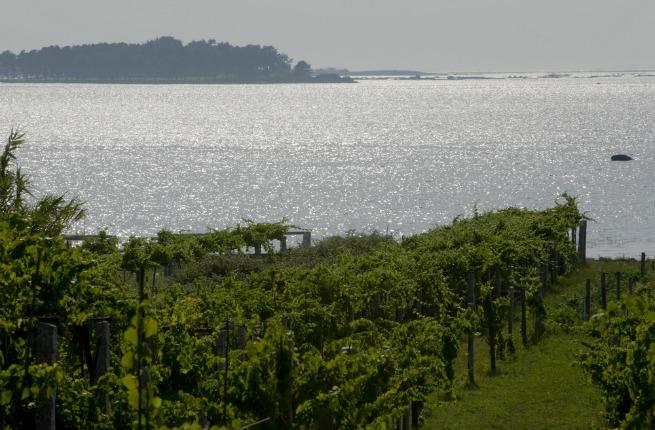 Located just below the town of Baiona near the Miño River, O Rosal is the southernmost subzone in Rías Baixas, known not only for its Albariño but also for Loureira and other varietals.

Vineyards to Visit: Terras Gauda, which is within walking distance of Portugal, is one of the most interesting wineries in Rías Baixas. Winemaker Emilio Rodriguez is keen on producing wines from the unusual Caino Blanco, a late ripening grape that yields the delicious, peppery La Mar, a refreshing alternative to the traditional Albariño.

At Santiago Ruiz, Rosa Ruiz welcomes you into her ancestral home, a seventeenth-century estate surrounded by trellised vines. The highly drinkable namesake wine here is made from an assortment of grapes, and its label bears a hand-drawn map made for guests of Rosa’s sister Isabel’s wedding years ago.

Wind down your day at Adegas Valminor, where you can sample winemaker Christina Mantilla’s Torroxal “O Rosal” Tinto, a rare, indigenous red blend that Mantilla rescued from obscurity. 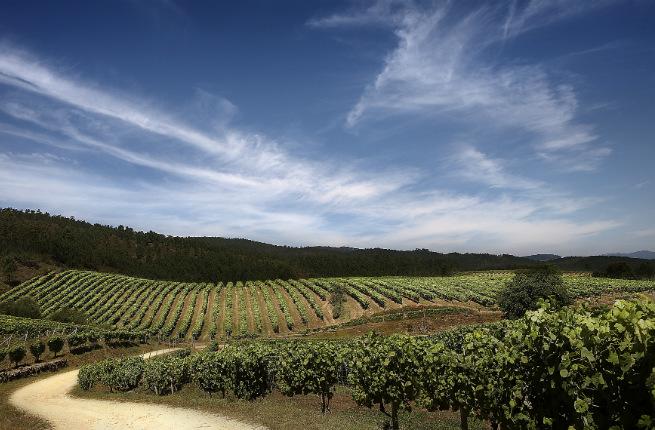 This mountainous subzone with a slightly warmer climate and an abrupt landscape along the right bank of the Miño River is crossed by the Tea River from north to south.

Vineyards to Visit: Pontevedra native Jose Limeres established a handful of vineyards throughout Rías Baixas in the 1980s when he was looking for reliable wines to pair with the cuisine in his Madrilenian restaurants. Now the flagship winery of the group, Bodegas La Val, uses only its own grapes to make mainly 100 percent Albariño wines, but it also offers a three-grape traditional blend made from Albariño, Loureira, and Treixadura.

Pazo San Mauro is another Spanish estate that is so elaborately old-world that it looks like it was airlifted out of a Merchant Ivory film. Complete with a chapel built in 1582, the winery was purchased in 2003 by a well-to-do family from Rioja who has invested heavily in the restoration of the estate’s ancient buildings and the construction of a new wine cellar.

Where to Eat: La Ultramar (Rúa Padre Amoedo Carballo, 3; +34 986 85 72 66), with its open kitchen showcasing the culinary skill of Michelin-starred chef Pepe Vieira, makes for a brilliant finale to a winetasting tour of Rías Baixas. The airy, Scandinavian-style setting provides an ideal backdrop for Galician dishes with a modern twist, such as the roast beef tacos and sea bass ceviche.

Pair your tapas with wines by Paco & Lola, a Val do Salnés winery that produces a crisp Albariño that has quickly become one of the most popular wines in Spain. The winery itself boasts that the stars at the Los Angeles premiere of Vicky Cristina Barcelona sipped Paco & Lola—not bad for a wine that has waited thousands of years for its moment in the spotlight.