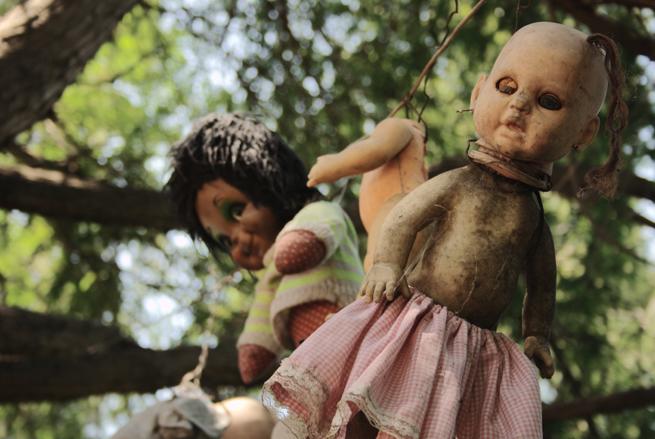 Isla de las Muñecas has become a popular tourist attraction to lovers of the strange and creepy thanks to the thousands of abandoned decomposing dolls. The tradition of leaving dolls hanging from the island’s trees began in the 1950s when, as legend has it, a drowned girl was found in one of the canals. The island’s owner, Julián Santana Barrera, claimed to be haunted by the girl and began hanging dolls from the trees in an attempt ward off her unruly spirit.

However, the small island, which can only be reached by boat, has proven to be worth the effort thanks to its many visitors. After Barrera’s death in 2001, tourists started to contribute their own dolls to the eerie collection. Sebastian Perez Lira, who visited the island to photograph its haunting sights, described the island as “[feeling] calm, peaceful and quiet. After a while it becomes anxiety and nerves because with so many dolls around you feel someone watching you.”

For more on this story visit The Mirror.