Cowboys, mummies, and dinosaurs converge in Argentina’s most fascinating province.

In Argentina’s far north, Salta looks like it should be a National Park. In the foothills of the Andes, red desert cliffs rise out of the orange sand while a trickling cloudy river snakes through the lush valley floor. In the capital, the city of Salta, colorful colonial buildings surround the main square, while boutiques, galleries, and cafés lure visitors. In the mountains, hikes take you into rock formations, showing off the colorful and improbable geology of the region, while the tiny town of Cafayate is becoming one of Argentina’s most exciting wine destinations.  Salta is beautiful–in fact, the name Salta means “beautiful” in Quechua–but there’s more to this incredible landscape than meets the eye.

The Land Before Time

Sixty to 70 million years ago, dinosaurs ruled the land in Salta. During the late Cretaceous Period, a dinosaur called the Saltasaurus roamed through the desert here. The existence of this herbivorous sauropod was discovered in 1977 by Jose Bonaparte, a famous Argentine paleontologist. There have been dinosaur discoveries throughout northern Argentina, with fossils found buried under layers of red sandstone. It’s easy to picture these creatures living in Salta’s dramatic landscapes, where soaring orange peaks jut into the sky and eroded red sandstone formations take on ambiguous and improbable shapes. 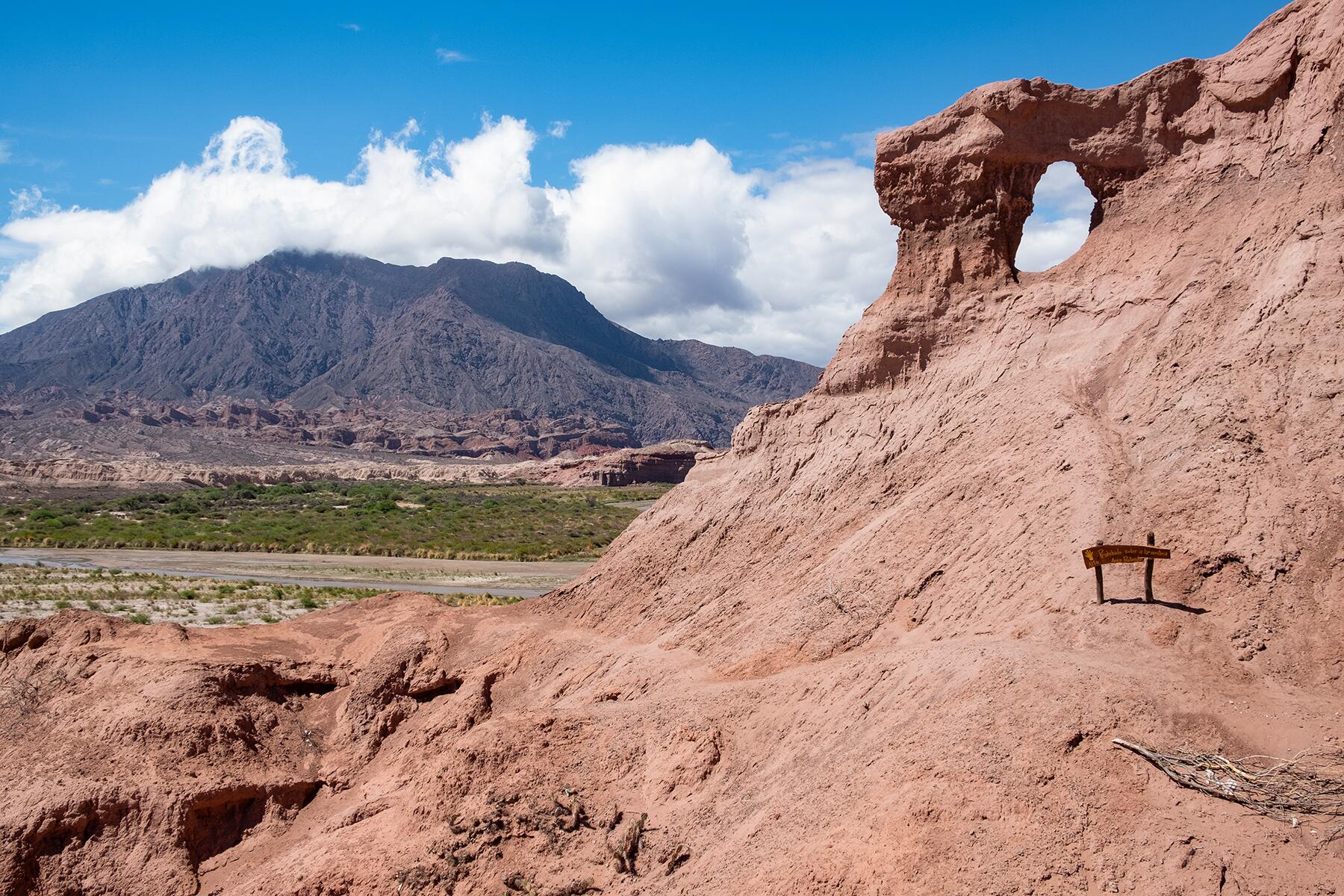 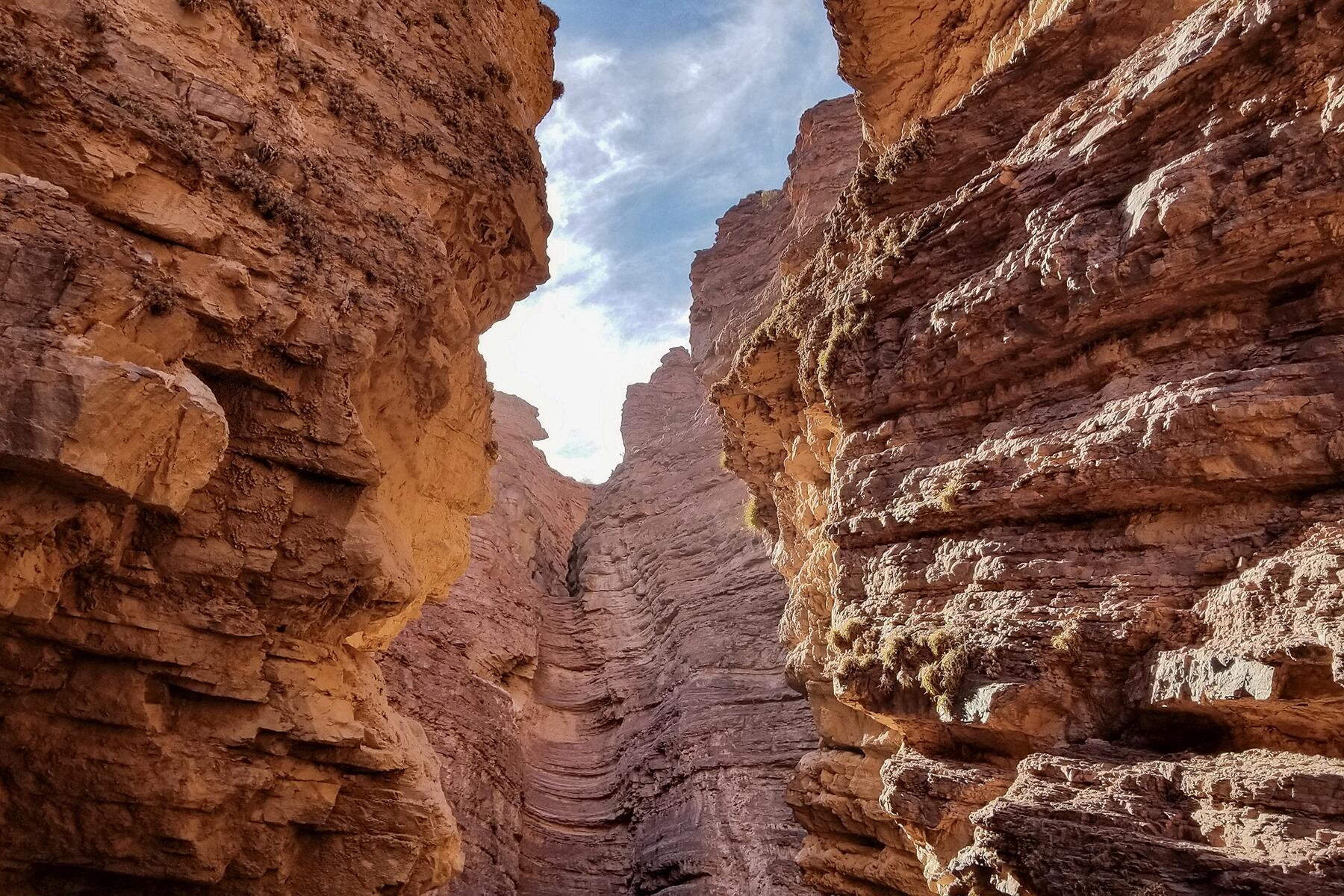 Dinosaurs are not the only story buried under the desert. In 1999, an archaeological team rediscovered the mummified remains of three Inca children on the volcano of Llullaillaco, high in the Andes on the border of Argentina and Chile. The children are believed to have been human sacrifices in an Incan ritual where they were drugged and left to die in a shallow grave around the year 1500. Because of the cool temperatures and the dry air, the children are some of the best-preserved mummies in the world. The mummies are on display at the MAAM (Museum of High Altitude Archaeology) in Salta in a climate-controlled display case. Only one of the three is shown at a time: La Doncella, the eldest, who was found buried in a feather-adorned headdress; La Nina del Rayo, a six-year-old who was struck by lightning after her death; and El Nino, who was tied up and buried with a collection of small carved figurines. The museum is located directly off the main square in the town of Salta and the creepy displays are a haunting reminder of the extreme conditions in this part of the world.

Not everything in Salta is creepy. It’s actually a pretty cheerful town, with colorful buildings and a town square filled with trees. The bubblegum-pink Cathedral de Salta is the town’s main landmark, but a few blocks away you’ll find one of the most gorgeous colonial churches in Argentina (or maybe even the world), the Basilica y Convento de San Francisco. Originally built in 1625, the present structure was erected in 1882 after a fire destroyed the church. The coral building is delicately decorated with gold and white carvings reminiscent of a wedding cake. It’s absolutely breathtaking and in impeccable condition. Inside, the church has a few displays of religious art.

Traces of gaucho culture can be found all over Salta. These skilled horsemen traditionally lived in Argentina, Uruguay, and Southern Brazil, raising cattle. Today, travelers can experience a taste of gaucho life with a visit to an estancia, or private ranch. Just outside of Salta, House of the Jasmines is a Relais and Chateaux property that mixes style and authenticity in a 100-year-old farmhouse. Whitewashed walls, dark wood beams, and cozy furniture outfit the house, while antique saddles and black-and-white photos adorn the walls. Even if you can’t snag a room reservation here, it’s worth a visit for lunch on the patio, where you can drink wine and take in the quiet surroundings. Fun fact: the estancia once belonged to Robert Redford. In Cafayate, Patios de Cafayate and Grace Hotel both offer horseback riding experiences where you can channel your inner Gaucho and ride through the desert vineyards.

INSIDER TIPIf you happen to be visiting Salta in June, stay tuned for the annual Gaucho parade, when over 2,000 gauchos from all over the province ride through the streets of Salta with their traditional black and red ponchos. 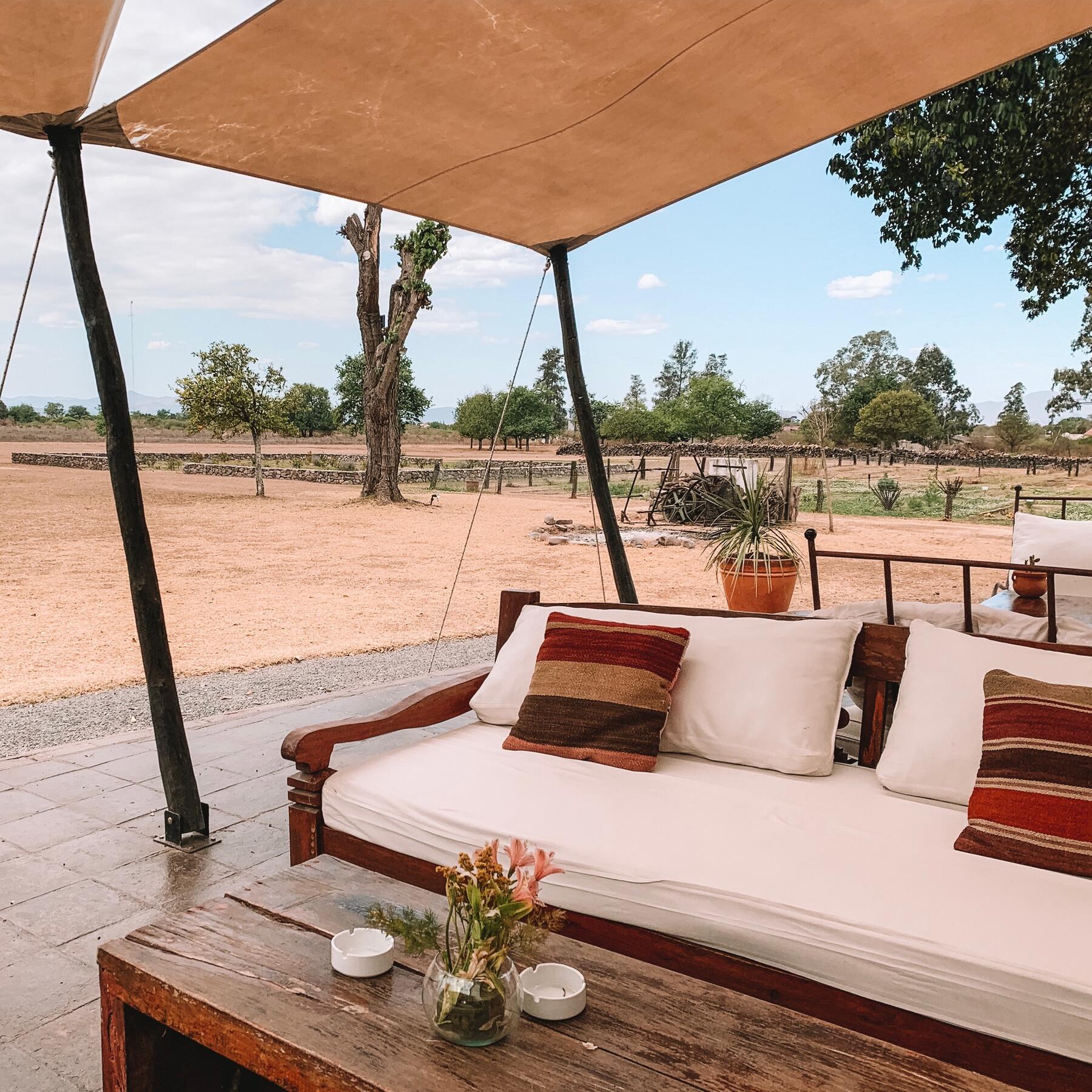 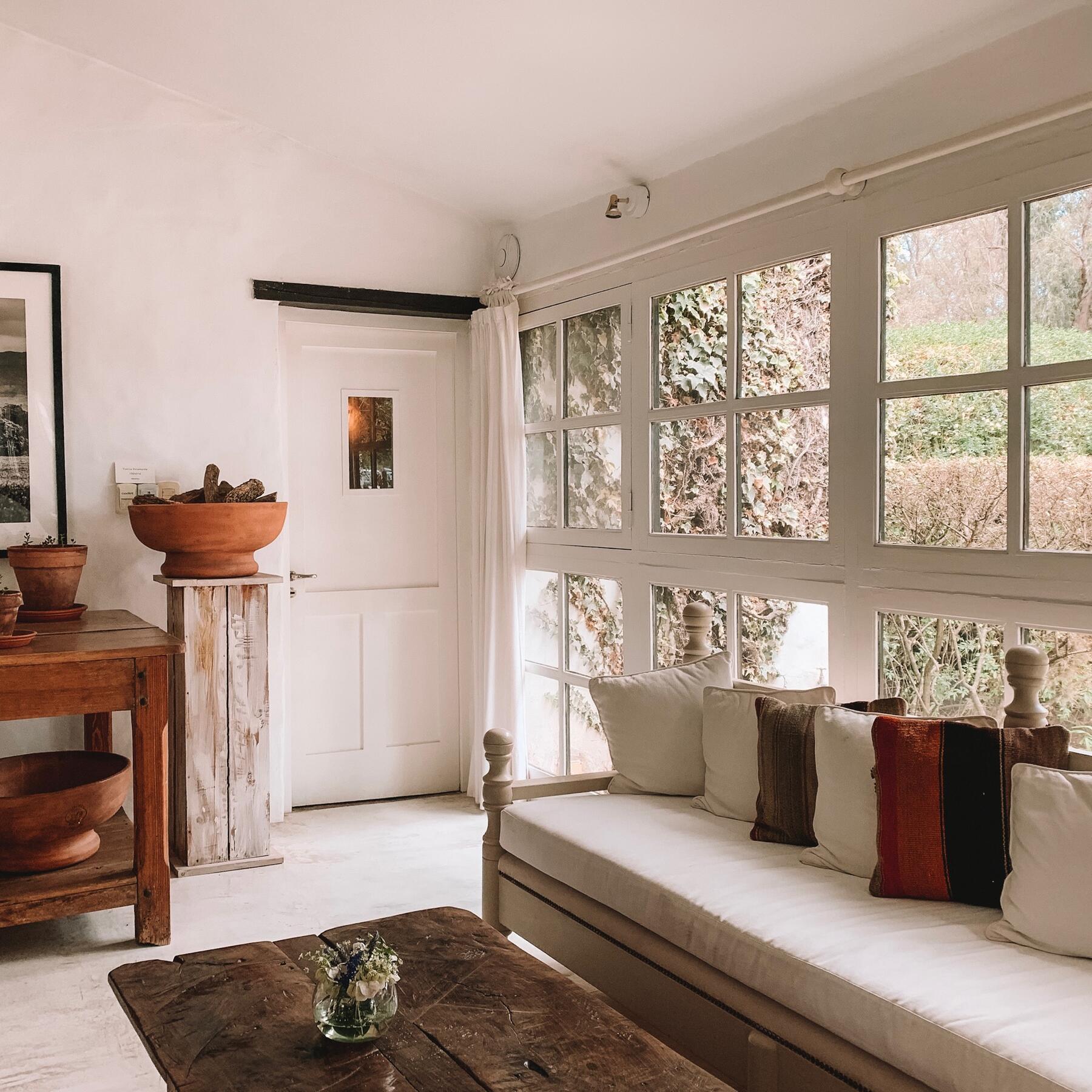 Cafayate, in Salta province, is home to the high-altitude vineyards that grow Torrontes, an indigenous grape varietal that’s used to create crisp and bold white wines. Torrontes needs the dry and sunny climate of Salta to really work its magic, creating sweet and juicy grapes that are then fermented into a surprisingly dry and complex platinum-colored wine.

Along Salta’s Ruta del Vino, there are plenty of wineries where you can try the varietal. El Esteco in Cafayate is one of the oldest, with vines that have been producing grapes since 1945. Colomé, a few hours beyond Cafayate, is the second-highest vineyard in the world (the first highest is in Tibet). Torrontes is still pretty hard to find outside of Argentina, so you really have to visit to taste it.

Salteños are obsessed with empanadas, and for a good reason: these pillowy little pies filled with gooey goodness are savory and addictive. You’ll mainly find two kinds of empanadas in Salta: cheese empanadas, which are filled with melted cheese and best eaten hot and with a hearty dollop of salsa on each bite; and beef empanadas, which are made with cubed steak, potatoes, onions, and sliced hard-boiled egg. The ingredients are then stuffed into a flaky pastry dough made with lard, folded into a dumpling shape, and baked in the oven. If it sounds like it’s way too rich and filling, that’s because it is. Though generally eaten as a snack or appetizer, a couple of empanadas are delicious and substantial enough to count as a meal. If you’re not having at least one empanada per day while you’re in Salta, you’re doing it wrong.

The Land of Legends

In this mysterious and otherworldly landscape, it comes as no surprise that the area is rife with ghost stories. In one, a child-like figure with an abnormally large head will sometimes visit local boys and girls and play with them. The ghost is friendly with kids, but nasty towards adults. Motorists have also claimed to have seen an evil donkey lurking on the side of the road, possibly trying to cause accidents.

Some claim that the barren land between Salta and nearby Cafayate was once home to one of the richest cities in the world. Called El Esteco, it was an Atlantis-esque town that struck it rich in the gold mines but was destroyed in an earthquake and wiped from the face of the earth because the residents were too selfish. 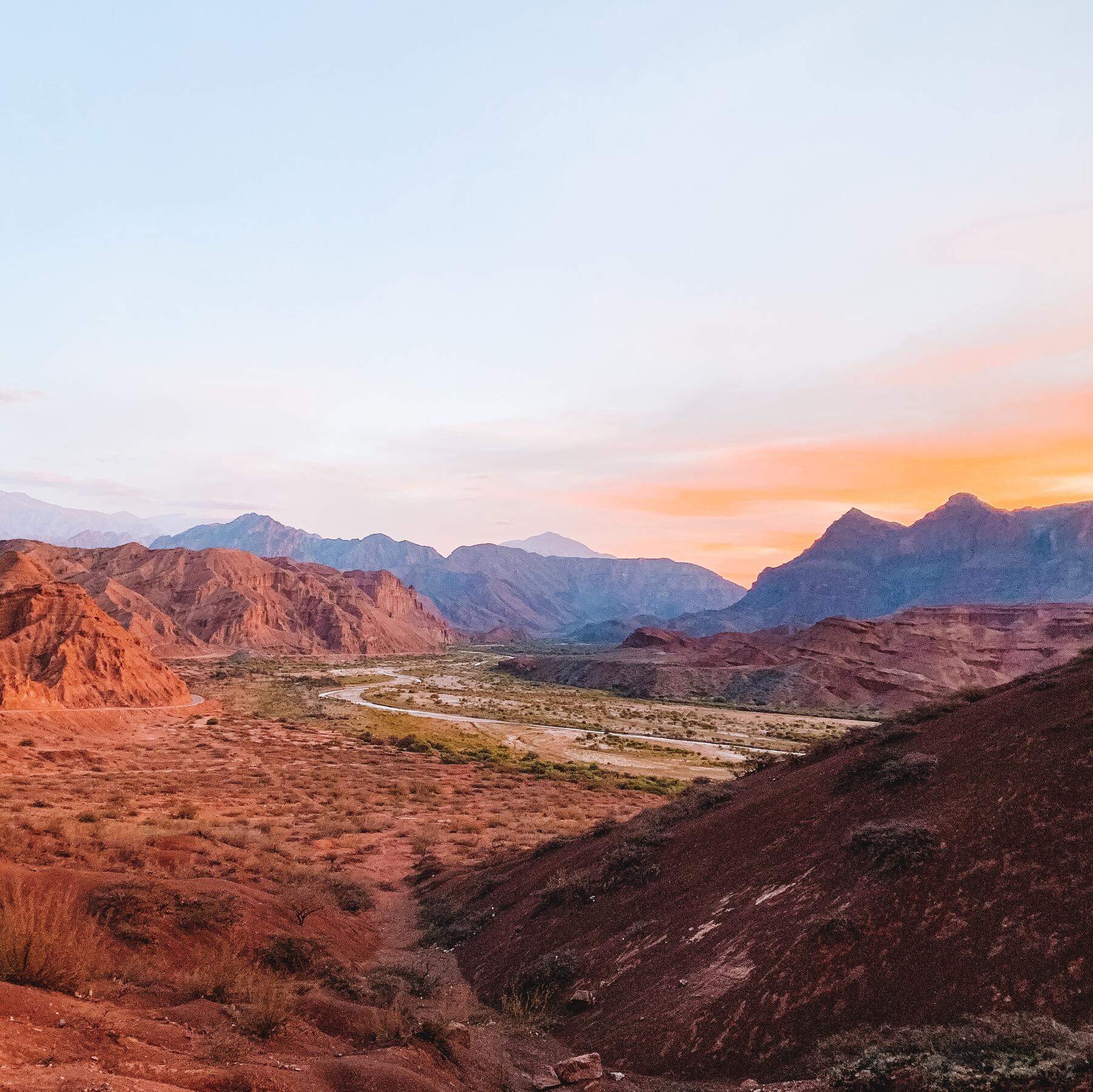 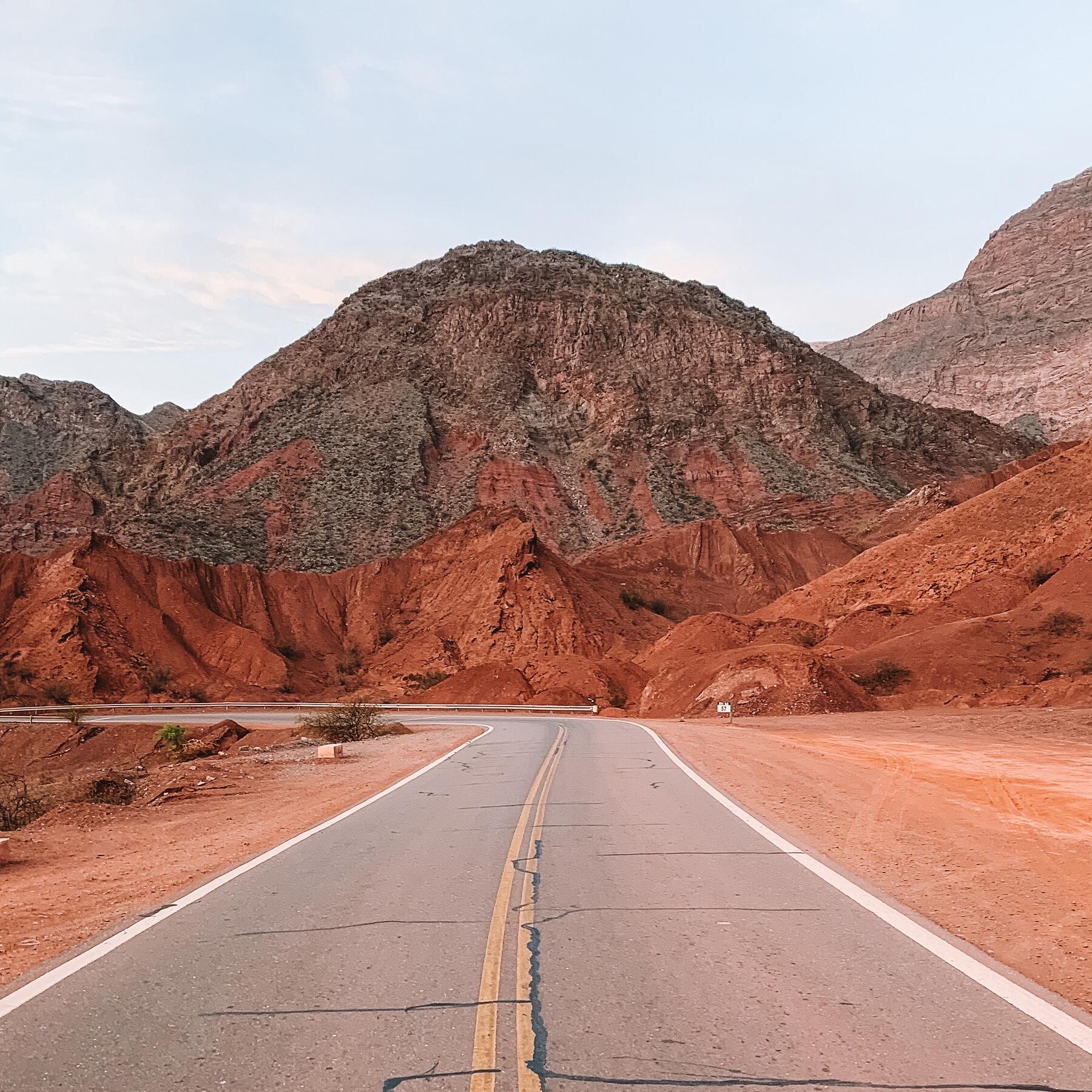 But perhaps the most believable and omnipresent legend is that of Pachamama, an earth goddess and steward of the land who takes care of those who treat the earth with kindness.

The dreamy landscapes of Salta lure visitors who want to see colorful rock formations and the red mountains of the Andes, but the mystical and creepy energy will entrance and intrigue you. A short visit to this remote destination will pique your curiosity and have you yearning to return.