Arts & Culture Doug Stallings This Is a Once-in-a-Decade German Spectacle You Won’t Want to Miss
PHOTO: Daniel A. Durazo / @danieldurazo

In the hinterlands of Oman's mountains, legends tell of jinn, or genies, who possess the landscape, haunting craggy mountains, majestic forts, and colorful mosques.

As my husband and I drive up to Jebel Shams, the highest point on the Arabian Peninsula, I am reminded of a spooky story as we stop to refill our gas tank. It starts with a jinn who enters your car while you innocently pump gas and takes over the body of the passenger. It is only once you get on the road that the creature shows its horrible face, invariably causing the driver to veer and crash. Or, if we manage to avoid possession at this gas station, there is always the ominous encounter with a gorgeous local girl stranded on the side of the road who, when she enters your car, reveals hidden beneath her traditional skirt … the gnarly legs of a goat.

The jinn, or genies, are everywhere here, rumored to lurk in trees, mountains, and sand.

We are halfway up the mountain, the exact moment when the road becomes so impossibly narrow that we cannot turn back when I regret agreeing to search for the summit without a GPS. Lost and utterly alone (except of course for the jinn potentially sitting beside me possessing my husband’s body), the only signs of life are the goats scuttling about the road. These goats, with their oblong irises and floppy ears, are nothing like the well-fed ones sold at the bustling Nizwa Friday market, ignorant of their fate, happily munching away their final hours. These goats are sinewy and small, slowly chewing their pittance of grubby shrubs, too cognizant of their surroundings for my liking.

This will not be your typical moaning-apparition-in-chains ghost story. According to the Qur’an, jinn are supernatural beings created from the “smokeless flame of fire.” And there is no better backdrop for such lore than the mountainous, desolate Dakhliyah region of Oman. The jinn are everywhere here, rumored to lurk in trees, mountains, and sand. 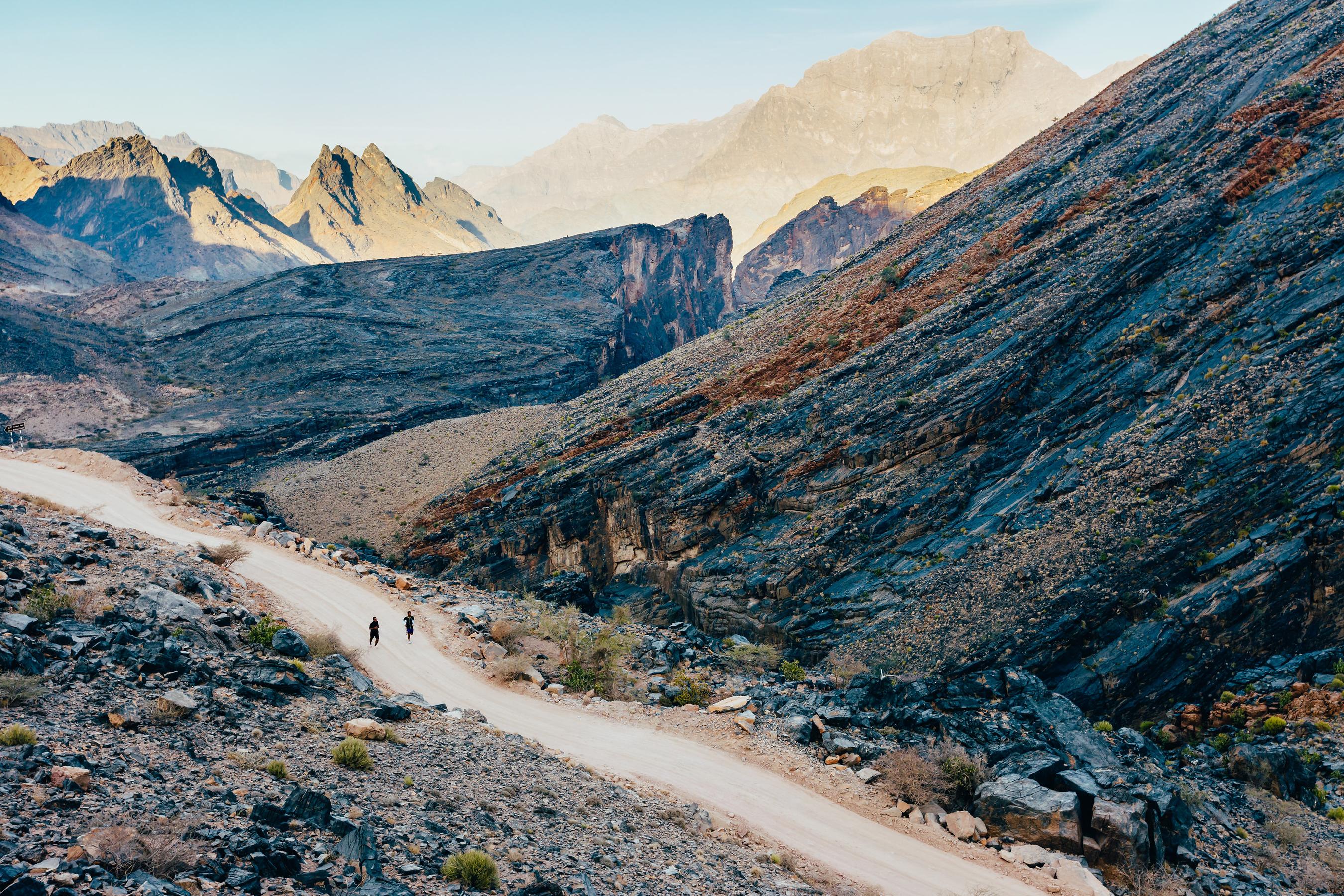 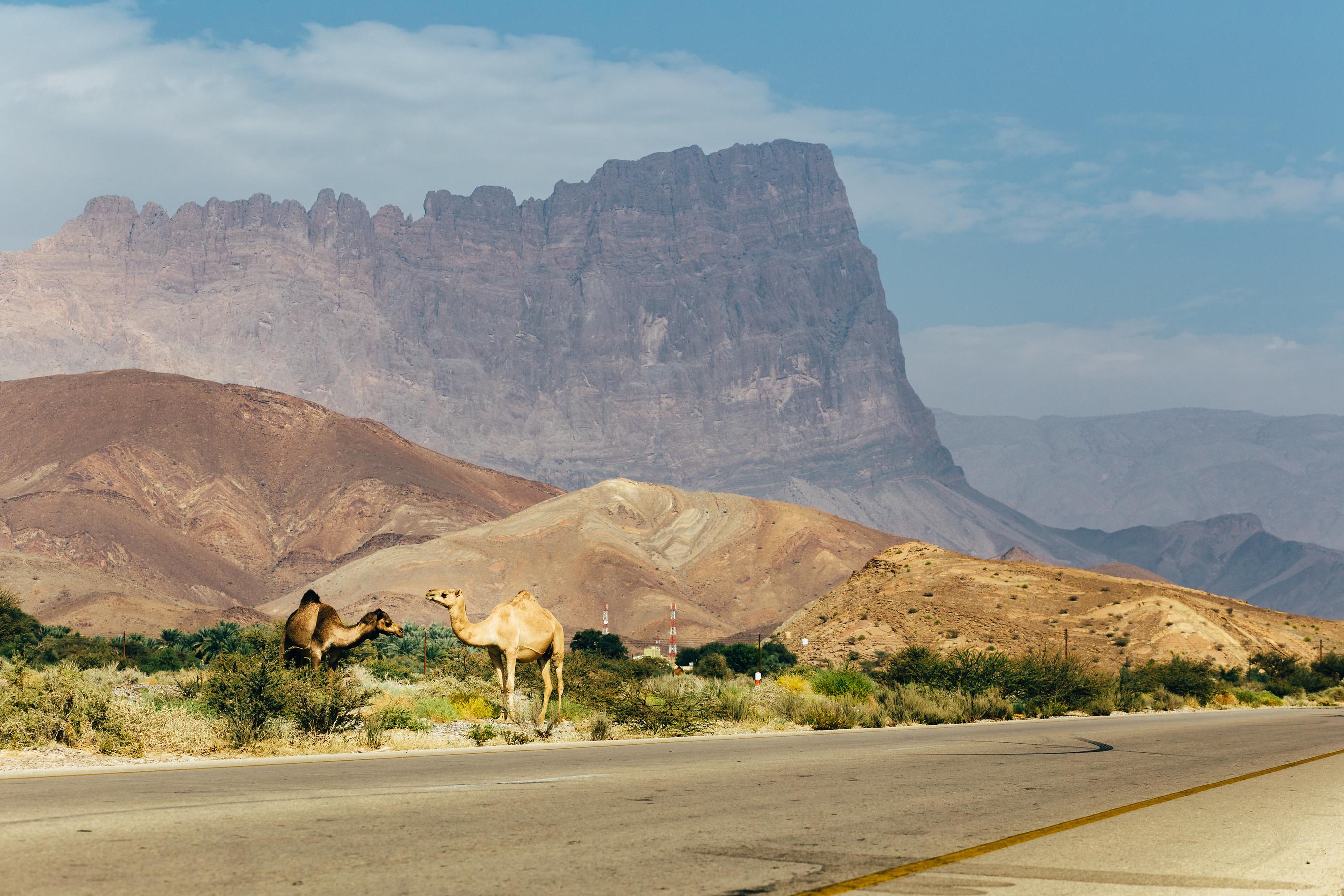 Belief in jinn is widespread in Oman and the Middle East. Dr. Fazlur Rahman, professor of Islam and Economics, describes these creatures as living parallel to man, possessing “much greater physical powers (including invisibility); they are not fundamentally different from men, except for their greater proneness to evil and stupidity.” That’s nowhere close to Disney’s variety singing cabaret and granting wishes—”genie” is after all the anglicized version of “jinn.”

Although the rise of modernization and globalization in Oman has greatly diminished these beliefs, the tales themselves have survived, existing, much like the jinn, in parallel to this modernity. As I was told, “Islam strongly condemns black magic. However, if jinn decide to play tricks with humans, it’s not really black magic–it’s just jinn misbehavior.”

While their nature is controversial, no one can deny the numerous accounts of experiences with jinn concentrated in and around Nizwa. Locals will tell stories of furniture and household items inexplicably shifted or meticulously placed in eerie designs. The stories get even more fantastical, including flying mosques and witches who make village girls disappear. 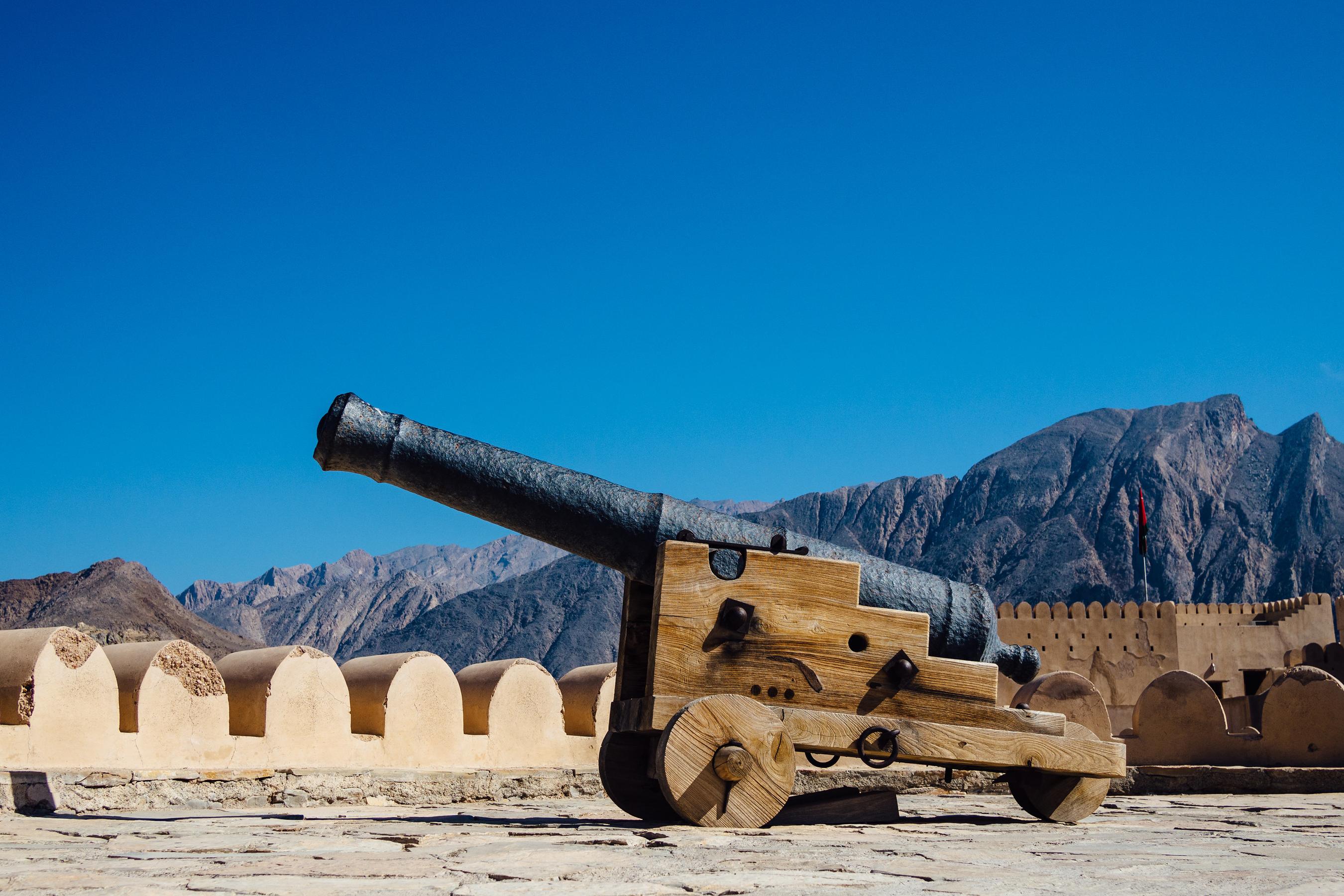 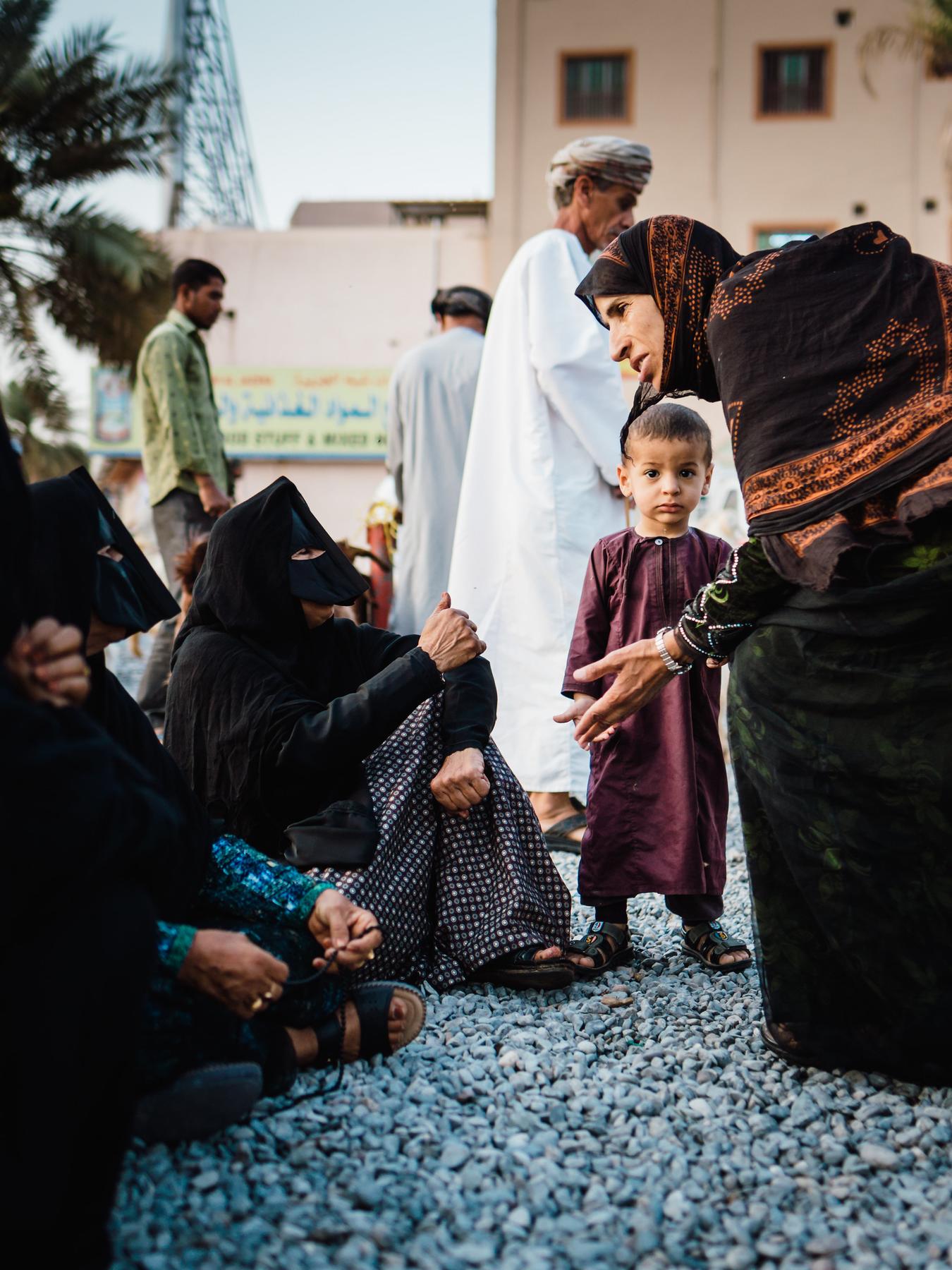 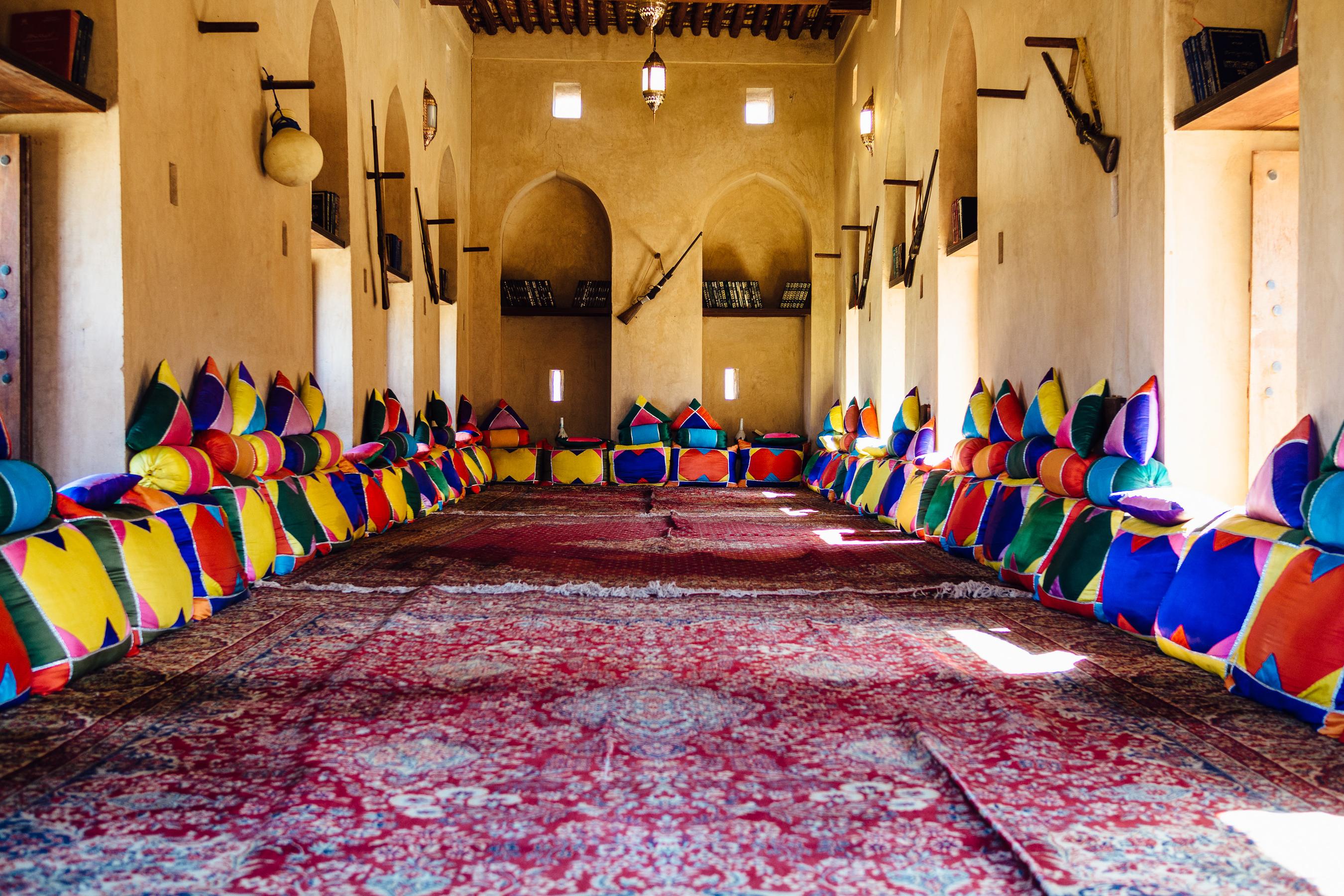 With a population of just over 70,000 and no distinct economic industry, it is hard to believe Nizwa was Oman’s 6th- and 7th-century capital. But what has made Nizwa special, today recognized as a UNESCO World Heritage Site, is its Falaj Daris. You would probably miss it amongst its more impressive surroundings, but the 6th-century canal irrigated the city and served as the lifeblood of the region. Despite flocks of tourists also exploring nearby mosques and ancient forts in Bahla and Nakhl, this part of Oman still has that “You’re not from around here, are you?” vibe, at once quaint and disarming. Once you enter the Dakhliyah region, it may play games with your mind if you decide to stay the night. 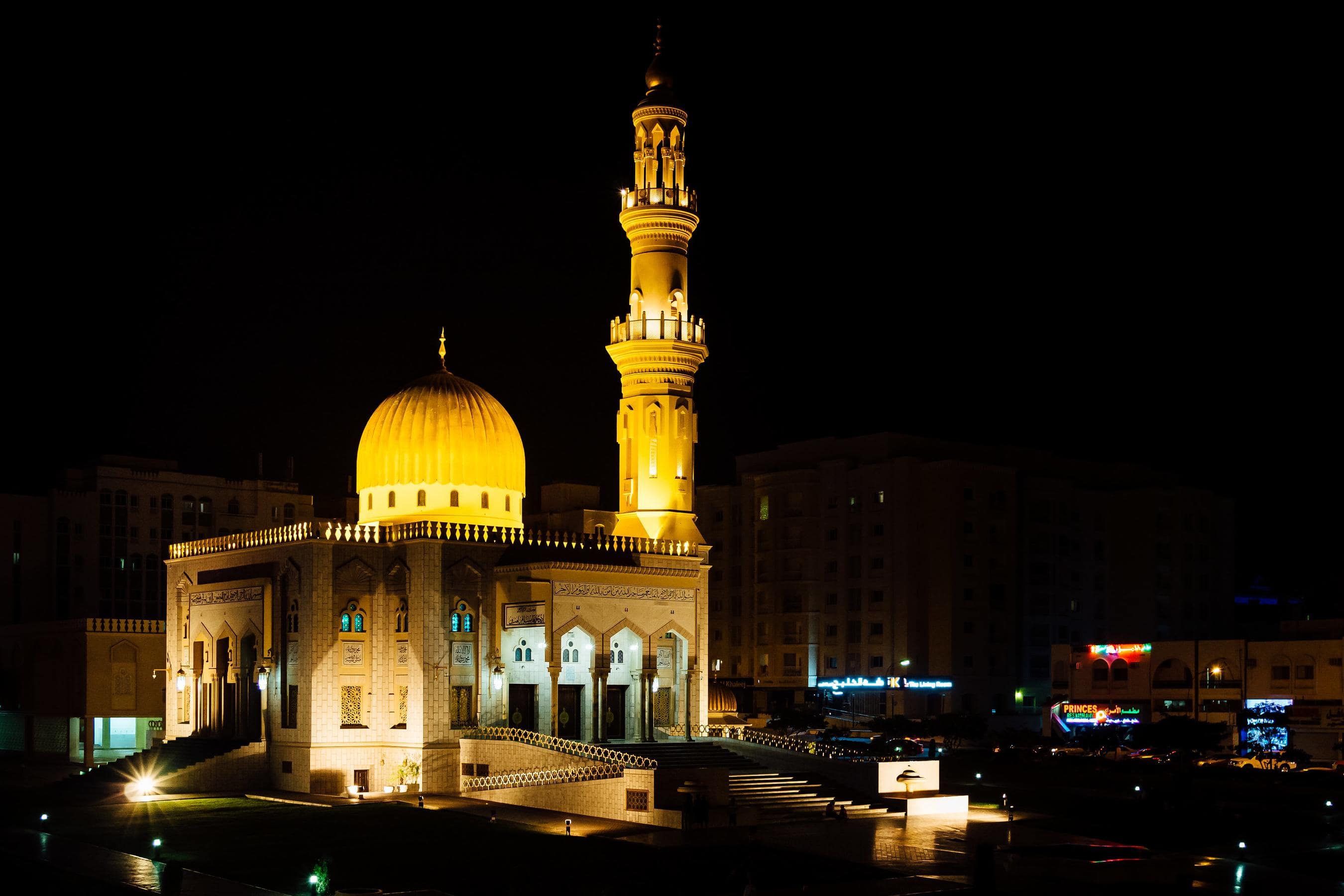 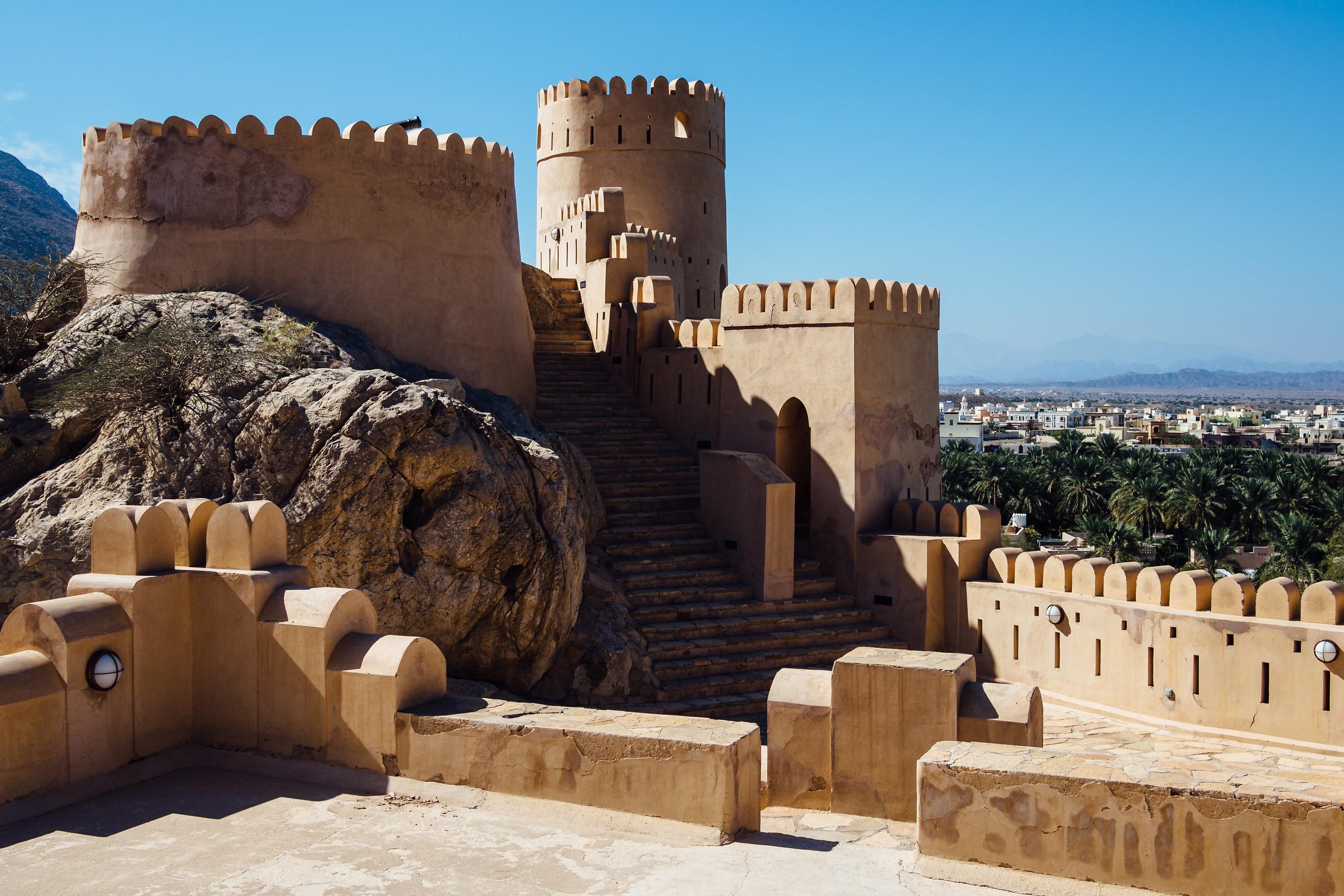 Oman, led by a sultan, distinct in national dress, and a historical anomaly in the Middle East, boasts of an empire that once spanned the Indian Ocean, from the coasts of India to the shores of Zanzibar. Oman’s remarkable history has resulted in a multicultural belief system fused with a little-known sect of Islam, Ibadhism, to create a land where one might just wander into a cave of wonders. In fact, the second largest identified cave chamber on earth is known as Majlis Al Jinn, translated as “meeting place of the jinn.”

At the top of Nizwa Fort, the country’s most visited national monument, is a peaceful panorama of the city and surrounding the Hajar Mountains. The fort itself, an architectural marvel, was erected in the 1650s. The fort is full of medieval elements of surprise for the enemy, like my personal favorite, the “murder holes,” where death comes from boiling hot date juice. Another little gem, “pitfall,” rests at the base of the only set of winding stairs leading to the top of the fort. If not for the plexiglass cover, even today you would surely fall to your untimely death navigating the narrow dark passage. 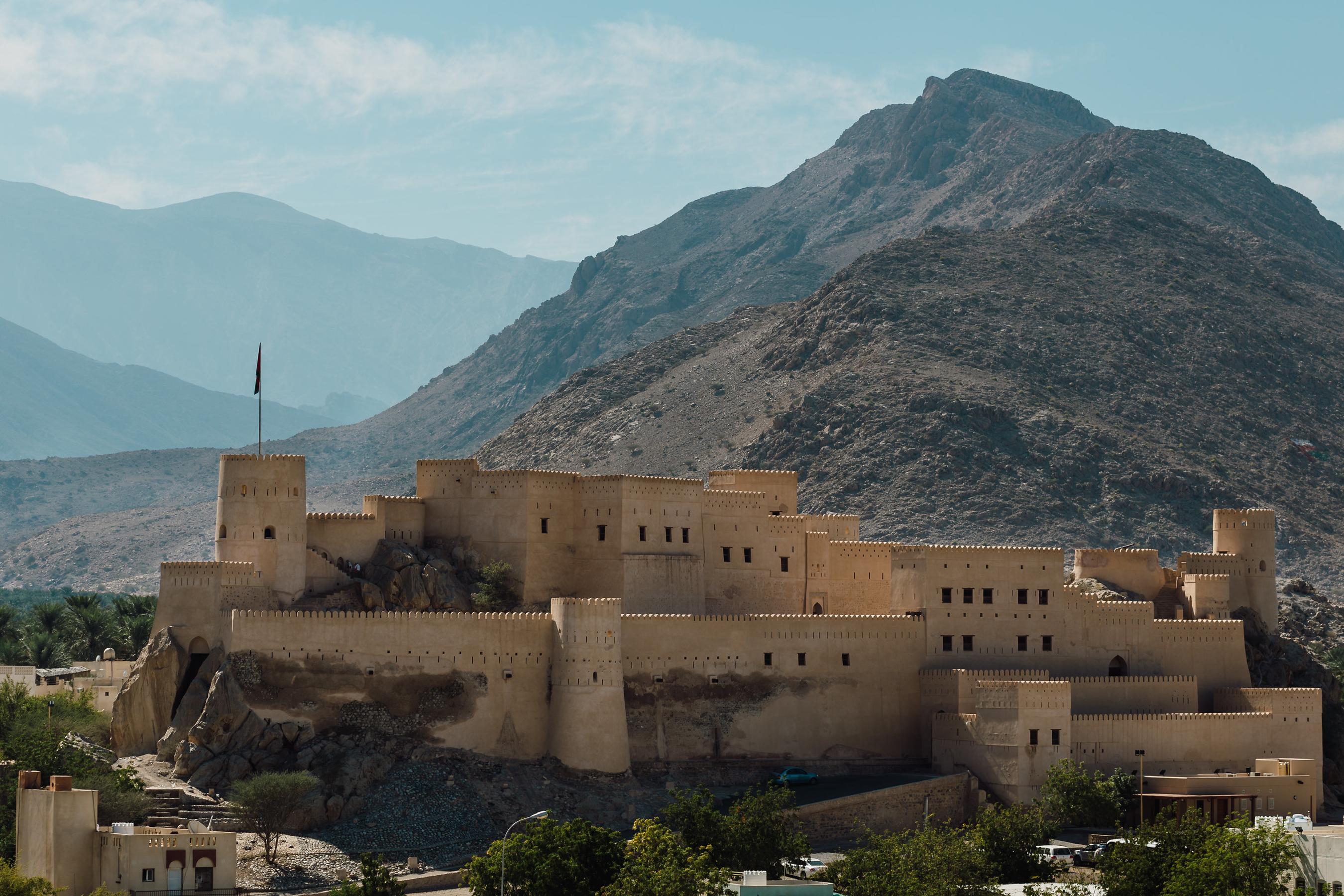 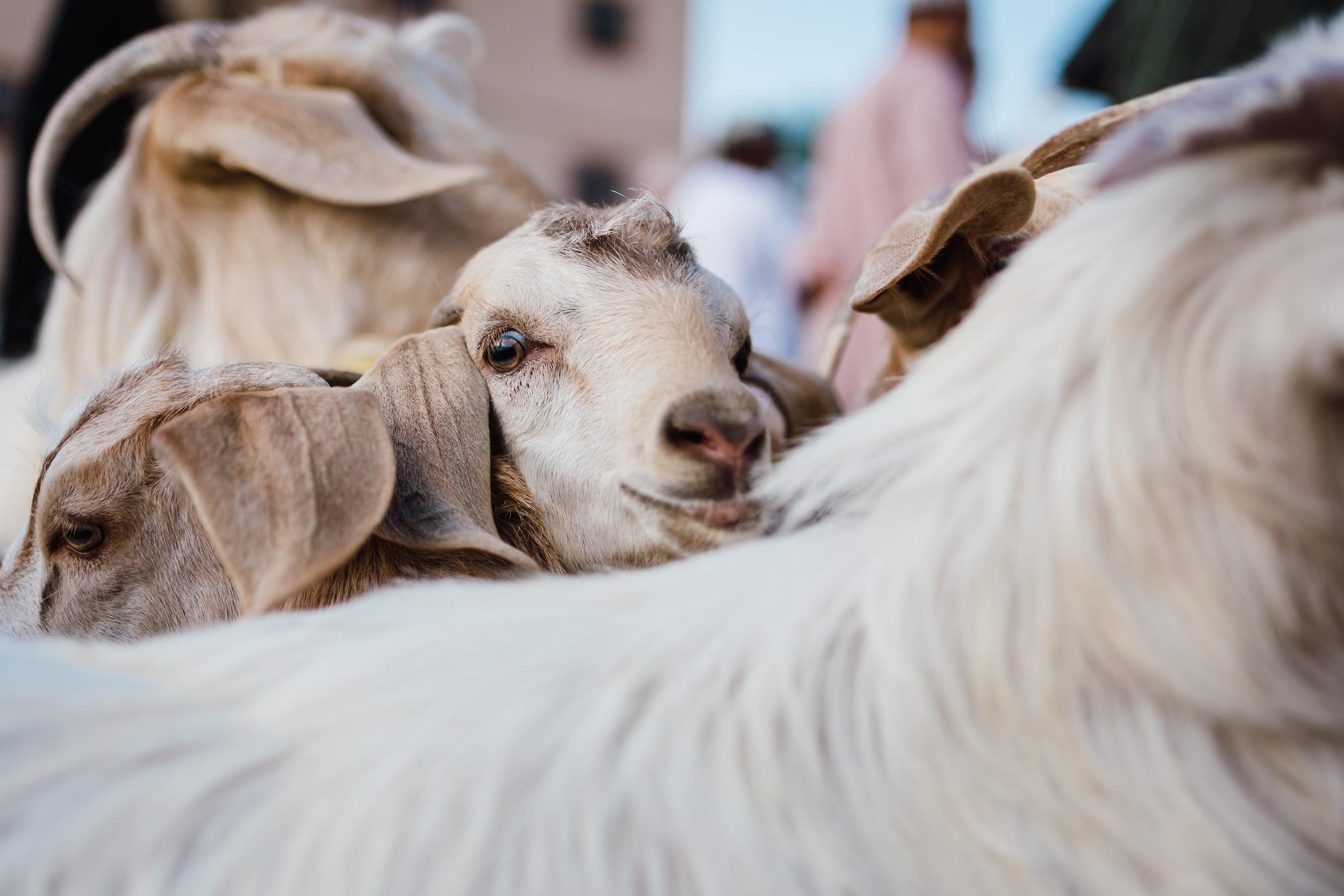 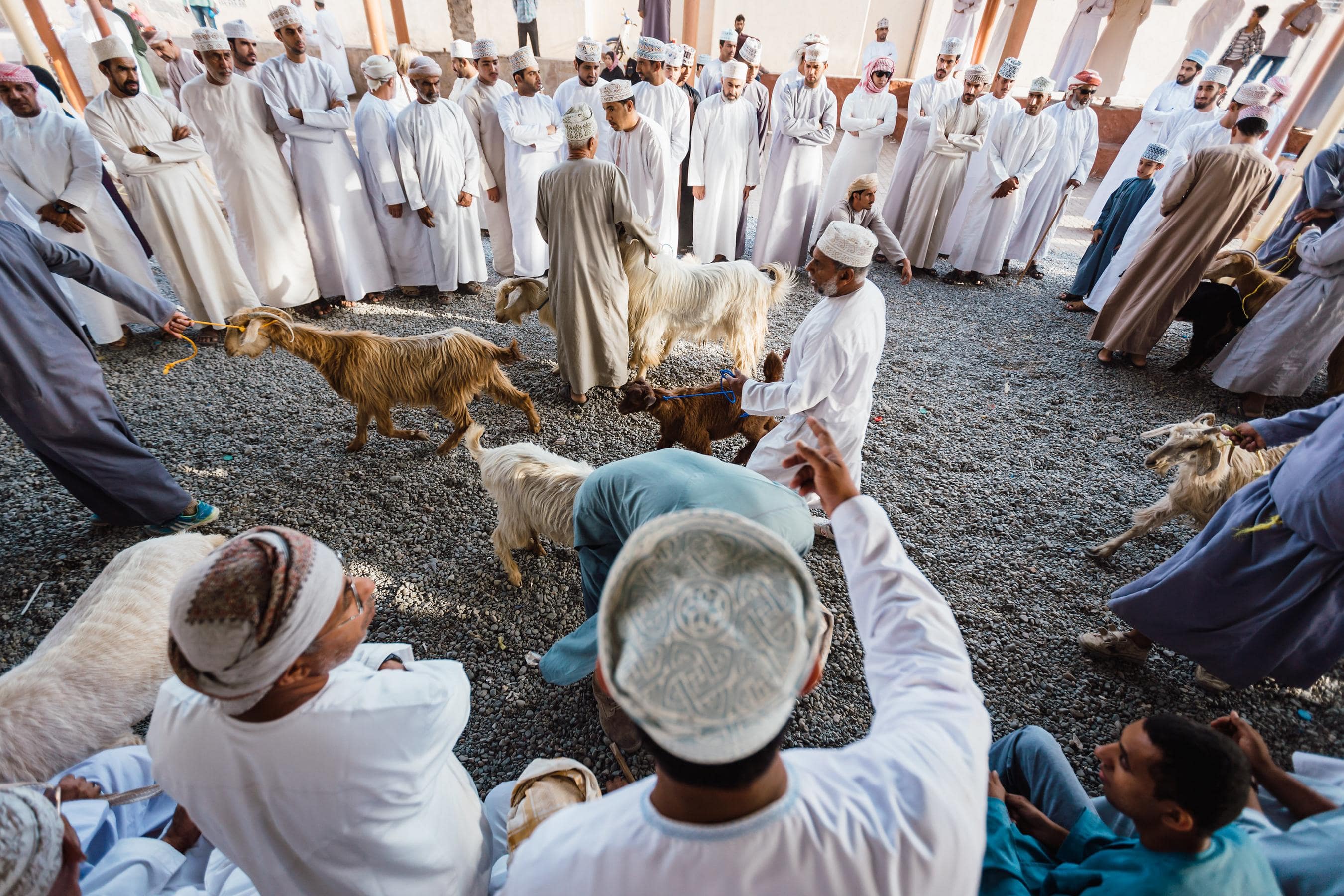 Dusty roads match the muted colors of the mud brick buildings in and around Nizwa. The central market, or souq, full of pottery and kitschy trinkets, barely has visitors as most tourists are here for the experience and not the souvenirs. Men in flowing, immaculate dresses commonly referred to as dishdashas don intricately embroidered brimless kuma hats of every color, or perfectly tied mussar turbans about their heads. They wander the streets, often hand-in-hand. The rare midday sighting of an Omani woman has her covered head-to-toe in a black, loose-fitting abaya and hijab. The setting is solemn and mysterious. The only color in the landscape is the blue onion dome atop a nearby mosque.

The stories live on in Nizwa. The scholarly accounts of jinn in Oman are even more terrifying than local lore. One journal relates the common experience of seeing yourself outside a window only to discover you are locked inside your own house. Others describe jinn taking the form of someone with whom you would have felt safe, such as a deceased parent, “convincing many that the souls of dead people are still present among the people of the earth,” says scholar Vivian A. Laughlin.

The scholarly accounts of jinn in Oman are even more terrifying than local lore.

One Omani woman relayed a story to me about a male witch in her family famous for using jinn to bring cherries from Iran, and, she casually added, for conducting “human sacrifice.” Perhaps one of the unexpected aspects of these stories is the relative straightforwardness with which they are told from arguably the region’s most warm and hospitable people. It is akin to my grandmother serving warm chocolate cookies and nonchalantly mentioning the demon fornicating with the neighbor’s son down the street. The maladies vary depending on the source: “apathy” and “fatigue” are two psychological states that men reportedly exhibit after being raped by a female jinn, writes Dr. Samir al-Adawi, psychiatrist and researcher of local beliefs, in Mental Health, Religion & Culture.

Whether you believe or not, jinn country will start to make you batty. Even if you are not supernaturally inclined, you come back telling tales of strange feelings and a sleepless night at a Nizwa hotel spent repeatedly checking inside the closet and under the bed. Your friends will howl at your stories and you will too, but you will also know deep inside that it was something else.

For us, that story is of the white Land Cruiser we hail in desperation during our lost-without-GPS moment on the mountain. The driver is a plump Omani man who seems to be looking both left and right at once. Yes, the mountain summit is just a few minutes away, he confirms, but suddenly adds: “Forget the mountain, come have tea with me at my house. Really, there’s nothing to see up there.”

And it is his gaze, left to right, at least one eye always on us. We demur. He points us on and drives away. My husband predictably offers, “He seemed like a nice man. We should have joined him for tea.”

Later that evening, after returning from our harrowing mountain trip eight hours later, we sit in a dilapidated restaurant in the center of Nizwa gorging on soggy shawarma. Moths dancing around the ancient lamplights make it hard to see anything at all. But it is impossible to block out the persistently squeaky meows of a litter of feral kittens slithering between my legs. One determined black kitten is unwilling to leave me alone, looks up into my weary eyes. Something seems so familiar about that kitten–something curious and extraordinary. Something that seems to look left and right at once. You really must visit and see for yourself.