Cross over Tampa Bay to the peninsular home of St. Petersburg for more than 35 miles of white-sand beaches and an art-driven energy typically associated with much larger metropolitan areas. This central Florida Gulf coast city—where local galleries rub shoulders with the largest Salvador Dalí collection outside of Europe—offers equally appealing getaways for outdoor enthusiasts, culture lovers, families, and urbanites who prefer their sun with a side of nightlife. Here's our ideal winter or spring weekend to sample the eclectic spectrum of St. Petersburg and the surrounding municipalities of Pinellas County. 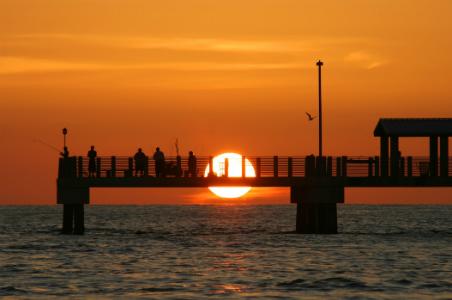 There are lovely beaches closer to downtown St. Petersburg, but none that combine sweeping Gulf of Mexico vistas, history, and activities like those at 1,136-acre Fort De Soto Park, which dangles from the tip of the peninsula 15 miles south. Pack a picnic, because it's easy to spend a full day—or even stay overnight in the sizable campground. Rent a kayak on site for a tranquil trip through Fort De Soto’s sheltered backwaters, some of the most relaxed paddling in the state. The park's namesake fort, a hulking remnant of the Spanish-American War, is also worth a look.

On the drive back to St. Petersburg, spend some time in Gulfport, one of the area's quirkiest communities. It's the kind of place where it's sometimes hard to tell the private homes from the pastel-painted shops overflowing with local arts and crafts. This artsy aesthetic gets added attention during First Friday and Third Saturday Art Walks. Stroll down Gulfport’s free-access fishing pier for sunset views across Boca Ciega Bay before hitting Peg’s Cantina, a comfy bungalow specializing in Mexican food and craft beer.

Insider Tip: If you prefer smaller, low-key beaches, don’t miss Pass-A-Grille at the southern tip of St. Pete Beach. The sleepy stretch of white sand is a local favorite, and the tiny downtown is lined with casual eateries. Grab a cocktail on the Hurricane's second-story patio to watch for dolphins and take in the sunset. 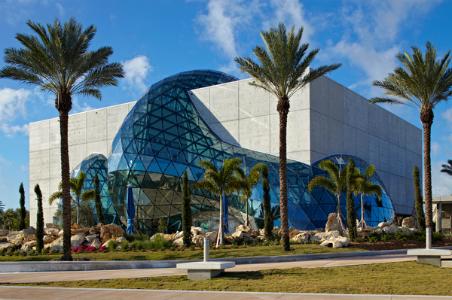 Stop for coffee and a delectable homemade pain au chocolat from the bakery at Cassis American Brasserie on Beach Drive before diving into the art museum nirvana of downtown St. Petersburg. The rock star is the bayfront Dalí Museum, which is draped in a surreal stole of glass that rivals the career-spanning collection of Salvador Dalí works inside. But also make time for the Chihuly Collection, a private museum dedicated to the celebrated glass sculptor that has eye-popping displays worthy of Wonka's factory; and the Museum of Fine Arts—even if it's for a café lunch in its glass conservatory overlooking the downtown waterfront instead of the paintings by O'Keeffe, Cézanne, and Monet.

Continue the arts immersion in the galleries and shops of Beach Drive and Central Avenue before heading to The Canopy on top of The Birchwood hotel for an early libation overlooking the city skyline and bay. Locals line up after dark to savor its South Beach vibe, complete with cabanas and fire pits. Dinner downstairs at Birch & Vine charms with seasonal ingredients and a flair for seafood, like the stellar orange miso sea scallops with truffle grits. Downtown St. Petersburg's nightlife is as varied as its arts scene, so you can hop with minimal cab fare from a live jazz and blues venue like Ruby’s Elixir to craft-cocktail Bar Milo (300 Central Avenue, St. Petersburg, 727/822-7273) to a festive underground joint filled with bearded hipsters, The Bends (919 1st Avenue North, St. Petersburg, 727/202-8931).

Insider Tip: To truly capture the arts-minded flavor of St. Petersburg, plan a visit during one of the 2nd Saturday Artwalks when the galleries stay open late for an age-spanning crowd and live music fills the streets.

UNWIND IN THE CLEARWATER AREA 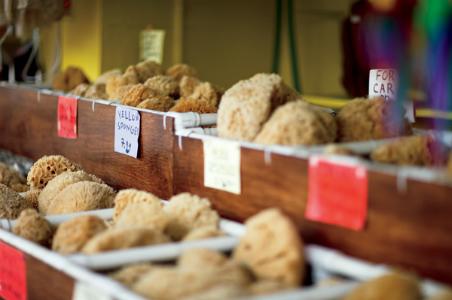 Sleep late and then gorge on the epic Sunday brunch at Marchand's Bar & Grill in The Vinoy Renaissance St. Petersburg Resort, where elaborate charcuterie and seafood offerings overshadow eggs and pastries. It's sustenance for the 40-minute drive to the white sands of Honeymoon Island State Park, northwest of Clearwater. This unspoiled gem flies in the face of Florida's rampant overdevelopment with its quiet nature trails and mangrove stands, making it a winning spot for shell collectors and bird watchers. If tranquility is the ultimate goal, take the 20-minute ferry ride from Honeymoon Island to Caladesi Island; it might seem like a hassle to queue for the ferry, but it's worth it to wander away from the masses on the raw splendor of Caladesi's three-mile beach.

End the day another 10 miles north in Tarpon Springs, the largest Greek community in the United States. The streets runneth over with shops selling natural sea sponges harvested from the Gulf of Mexico and Greek cafés serving flaming cheese, grilled octopus, and baklava—Mykonos is a good dining choice among the overwhelming options.

Insider Tip: For a sweet pit stop en route to Clearwater, jump off US-19 and head west to Belleair Bluffs. William Dean Chocolates produces handmade treats so visually stunning that they earned a place in the elaborate feasts in both Hunger Games films. The pâte de fruit made from seasonal purées is as delicious as the chocolates. 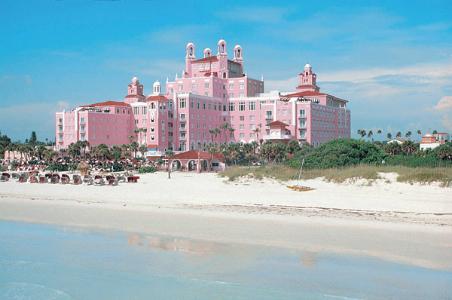 If you're concentrating on the southern end of the county, stay in St. Petersburg; for northern sights, book in Clearwater—or swap hotels midway to reduce commuting. The Loews Don CeSar Hotel has been a beloved icon of St. Pete Beach since its 1928 opening: It looks like it belongs in a confectioner's shop with its pink paint glowing against the sugary sand; the Gulf-facing rooms have stunning views and the spa is first-rate. What Clearwater's Sandpearl Resort lacks in history, it makes up in amenities—lagoon pool flanked by cabanas, private white-sand beach with a fire pit and hammocks—and a relaxed tropical plantation vibe. It's only a 10-minute walk from the hotel to Clearwater's nightly Pier 60 sunset celebrations.

LoAnn Halden is a Fort Lauderdale-based freelance writer/editor who is also the Media Relations Director for the International Gay & Lesbian Travel Association. The St. Petersburg area is her favorite Central Florida getaway.