In 1994, the Spice Girls were formed and I, a sheltered 12-year-old child, got my first look at other parts of the world that weren’t Arizona or California (the two places I lived)…because the Spice Girls visited them and I watched their every move.

Flash forward to 2019, and the Spice Girls are back together (well, most of them) on tour this summer and it’s got me reminiscing on all of the wonderful moments we’ve spent with them over the years–and in particular, about how excited I was to travel to Europe as a child BECAUSE of them (and only because of them). Wherever they went, I wanted to go, and, frankly, still do. Let me bring you on a Spice Girls’ tour of Europe, based on all of the aforementioned extremely important moments.

In February of 1994, an ad was placed by Heart Management in The Stage, a trade magazine, looking for singers interested in auditioning for an all-girl pop group, at the Danceworks studio in Mayfair, London. 400 women showed up, and they all danced in groups, followed by solo auditions. The original ad read as follows:

– Advertisement placed in The Stage

The studio remains open to this day and anyone is welcome to pop into a drop-in class, every day. I can’t personally tell you what to do when you get there (take a class?), but here is what I, personally, would do: I would stand outside of the studio and stare at it with hopeful eyes, pretending that it was 1994 and I was answering the ad to be a part of that all-female pop act. Then, since that wouldn’t take very long, I would probably go inside and take a little walk around, taking in the magic of where my favorite band got its start.

Cannes is the site of the famous film festival, but as a child, I didn’t care about that one bit. The only thing I cared about regarding Cannes, France, was that the Spice Girls stood atop the Hotel Martinez, and took this particular photo here in May of 1997. It was at the time, of course, to promote their film Spice World (which hadn’t even been shot yet), which was famously deemed “terrible,” when, in actuality, was an irreverent and lighthearted 90-minute adventure for those of us kids who just wanted to spend time with our heroes (or, in my case, be taken out of school for a day by their mother to see the movie on its opening day). 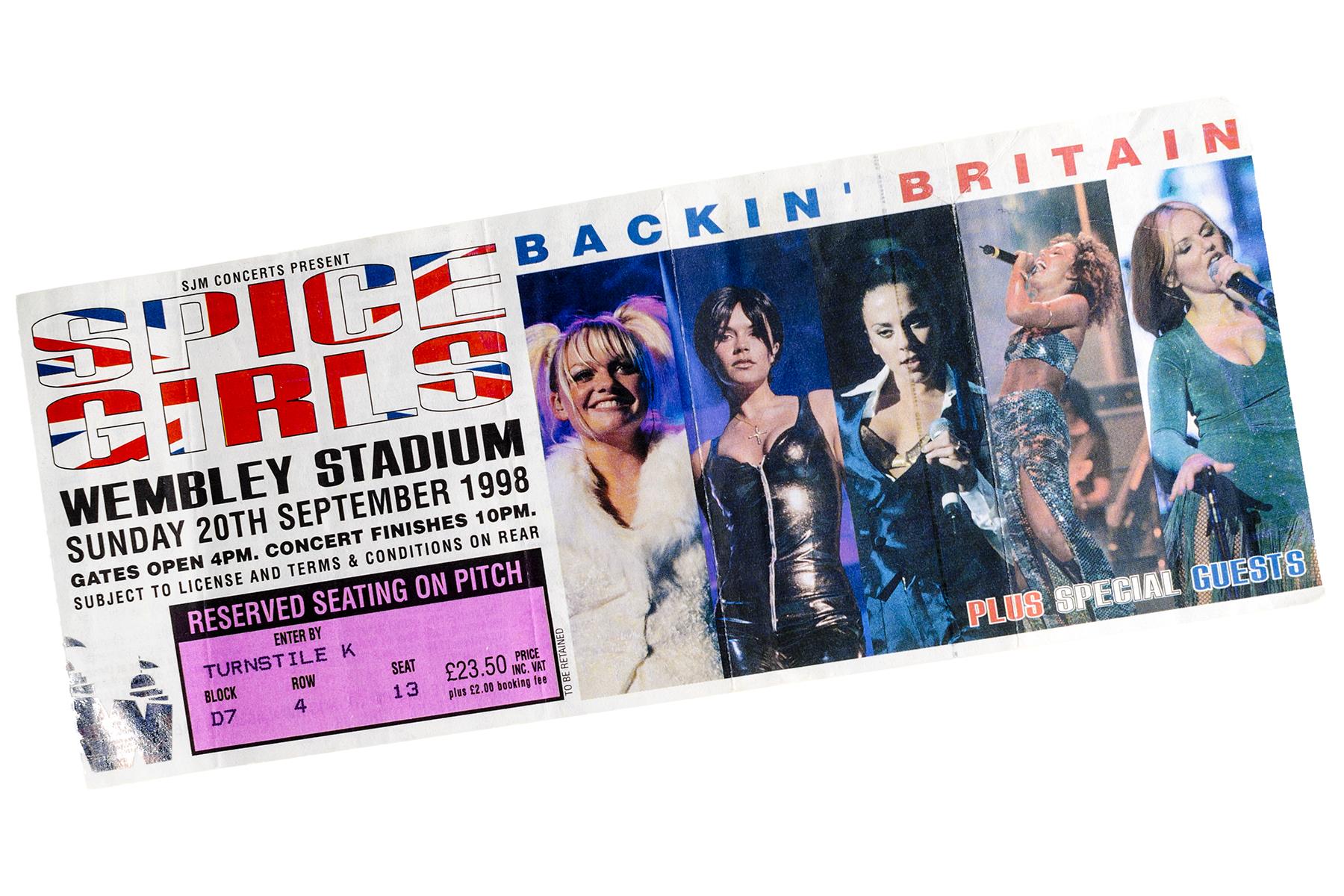 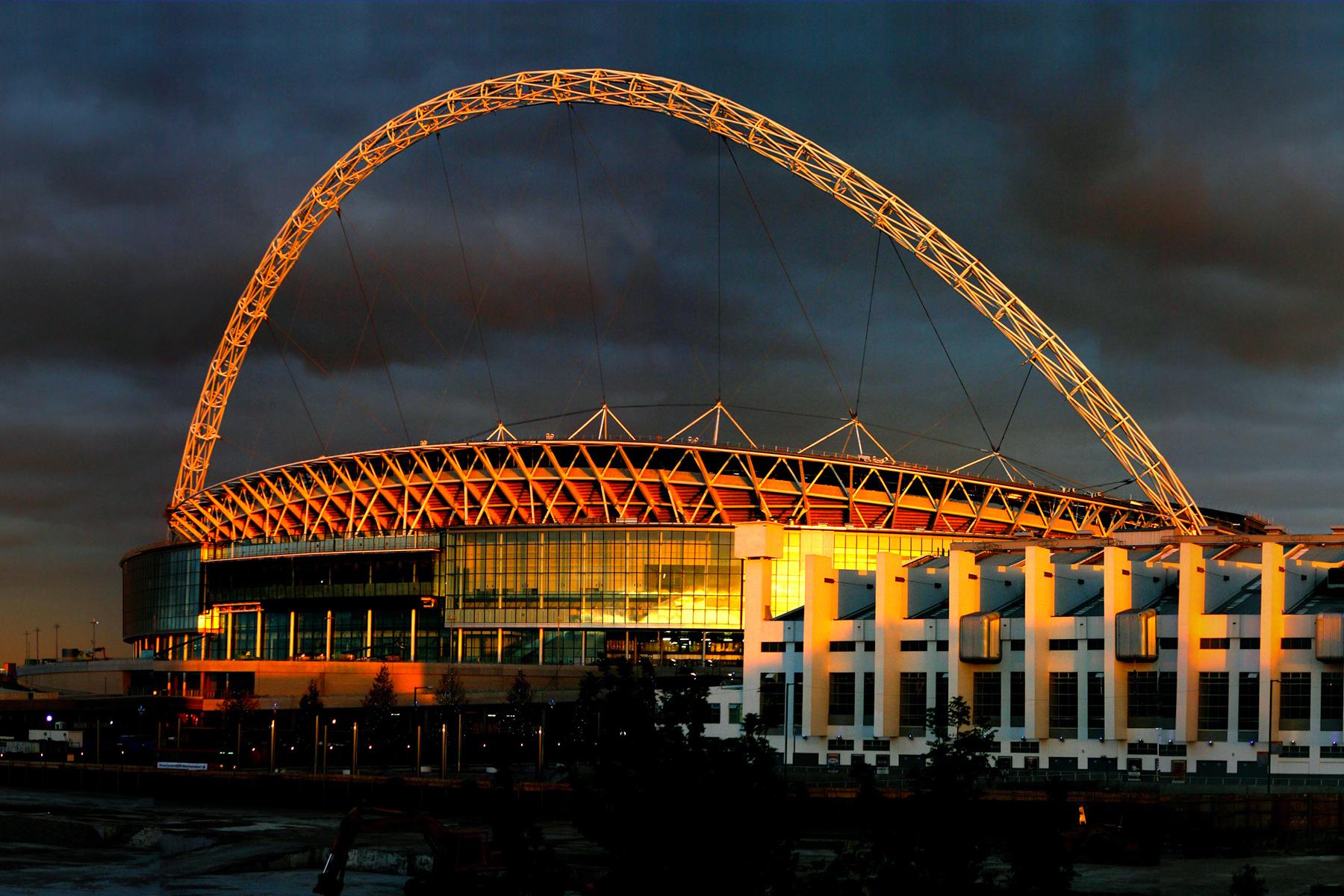 I had no idea what Wembley Stadium was when I was 11, but dear god, in my eyes it was Heaven Itself. The girls performed at Wembley multiple times but it makes the list for the sole purpose that it was the setting for the VHS concert of Live at Wembley Stadium when the group concluded their world tour in London (and their first performances since Geri’s departure). Since everything is about me, it is most significant because I had just gone to one of their concerts during this very tour several months earlier in Phoenix, AZ (my first concert), and it had been, up to that point, the best night of my entire young life.

INSIDER TIPIf you would like to watch the whole concert, I have included it above. You’re welcome.

The Spice Bus would’ve been preferred, but literally, any double-decker bus would do, really. To me, the Spice Girls had CREATED double-decker buses, and they definitely weren’t just a thing that had existed forever as a form of actual public transportation and tours. The Spice Bus, a 1978 British Leyland Bristol VRTSL3 double-decker bus, made its world debut on screen in Spice World. It’s currently on permanent display at Island Harbour Marina and has been there since July of 2014.

All of the Girls’ Hometowns

Okay, let’s quickly just run through all of these. Since every Spice Girls fan in addition to myself obviously also had all of these locations memorized as a child, they are all brief stops on our made-up tour. I will include a super fast little fact about each of them because we don’t have much time.

Emma Bunton is from Finchley. Finchley is home to a famous church—St. Mary at Finchley Church is the Church of England parish church for the city and has been around since the 12th-century (I told you—it’s very old!). Melanie Brown is from Leeds–one of the few UK cities outside of London to have a large number of high-rise buildings. Melanie Chisholm is from Cheshire. Cheshire is a rural county, for the most part, and has many villages. It is famous for its cheese. Victoria Beckham grew up in Hertfordshire, which is the primary setting for Jane Austen’s Pride and Prejudice.

Last, but certainly not least, Geri Halliwell is from Watford. On the outskirts of Watford, you’ll find an attraction of another wonderful British export—I’m am of course talking about Harry Potter. The Warner Bros. Studio Tour London–The Making of Harry Potter will take you on several of the actual sets from the movies. Is Harry Potter related to the Spice Girls at all? Yes—in that, it, like the Spice Girls, is one of my interests. Let’s move on, shall we?

In 1999, Victoria Adams married David Beckham at Luttrellstown Castle in the outskirts of Dublin in Clonsilla. The castle (and resort) hosts many a wedding and event (and you can hold yours there) and is only a short distance from the city, situated on private, lush land. The estate also offers golfing, horse riding, archery, and numerous other outdoor activities. And if you have a spare $800,000, you can hold a replica wedding, just like Victoria’s.

Mel C. (Sporty Spice) has been a lifelong supporter of the Liverpool Football Club, and her association with them (which was literally just being a huge fan) led to the club making shirts with the word “Sporty” printed on them–and sales of the shirt skyrocketed during the Spice Girls’ reign of popularity. I can attest to this, as I blindly supported them team at a child despite not knowing anything about football OR soccer OR really, having any knowledge of any sport. Therefore, Liverpool is an important stop on our tour, because as a child, I believed it to be Where Sports Were.

21 years ago, the girls filmed the video for “Stop” at Carnew Street in the neighborhood of Stoneybatter. During the time of filming, locals residing on the street were given £100 for the inconvenience of the street being shut down for the day. Since then, the street has become a popular destination spot for Spice Girls fans looking to take a “Stop” themed photo of their own. In case you were wondering, I would like to visit this street and take a photo there, as well. It would be best if I could bring four of my friends and we could all dress up like the Spice Girls for this photo, but let it be known that I will gladly just take five different photos of me dressed up like all five Spice Girls and use the magic of Photoshop to combine them together to create the creepiest photo to ever exist—me, five times, as all five Spice Girls.

INSIDER TIPIt is my tip to you that you also do this—I will allow you to take my idea (this time).

The Tower Bridge in London plays a huge role in the critically acclaimed best movie that has ever existed–of course, I am talking, again, about Spice World. In one of the final scenes of the film, the girls race through London on the Spice Bus (with Victoria driving it) to make it in time to their big performance at Royal Albert Hall, and actually JUMP the Tower Bridge, as it opens up–a dangerous move, indeed, but luckily everyone survived (except for the Spice Bus, which blew up at the end of the movie in an unrelated incident). It should be noted that the Spice Bus did not ACTUALLY jump the bridge–small and very obvious replicas were used (but that’s beside the point). Sorry about the spoilers.

Brian’s Cafe is not a real cafe, per se, but it is one in our hearts–and onscreen. In the previously mentioned film (and winner for Best Motion Picture at every major award show ever) Spice World, the girls used to kick it in a modest cafe before they were famous. This cafe is Brian’s Cafe. In the film, the girls sit around in his cafe, with their dear pregnant friend Nicola, who informs a very busy Brian that the girls have a brand new single and that he should listen to it. Brian says, “No, I’m busy,” but Mel B. declares that they’re going to perform their song for him in the empty cafe regardless of his objection. The girls then dance and sing to a less produced version of “Wannabe.” Spoiler Alert: Brian stops his work and pays attention and loves their performance!

Of course, Brian’s Cafe is not a REAL cafe–this is just part of the “story” in Spice World (in quotations because there is absolutely no plot or story to the movie, really). The filming location for the cafe was Smithfield Central Market, the largest wholesale meat market of its kind in Europe. You can visit–it opens at 2 am to the public on weekdays, and it’s recommended to get their no later than 7 am.

Okay, so this hotel located in historic King’s Cross doesn’t look exactly the same as it did when the Spice Girls shot the music video for “Wannabe” in its entrance and main staircase in 1996, but that’s because, at the time, it was still the Midland Grand Hotel. It’s no longer dilapidated, as it has been immensely renovated since filming–but it’s definitely reminiscent of the scene. You’re technically only allowed on the staircase in which the girls danced if you’re staying in a room at the hotel, so don’t try anything funny (even though I definitely would if I were you). 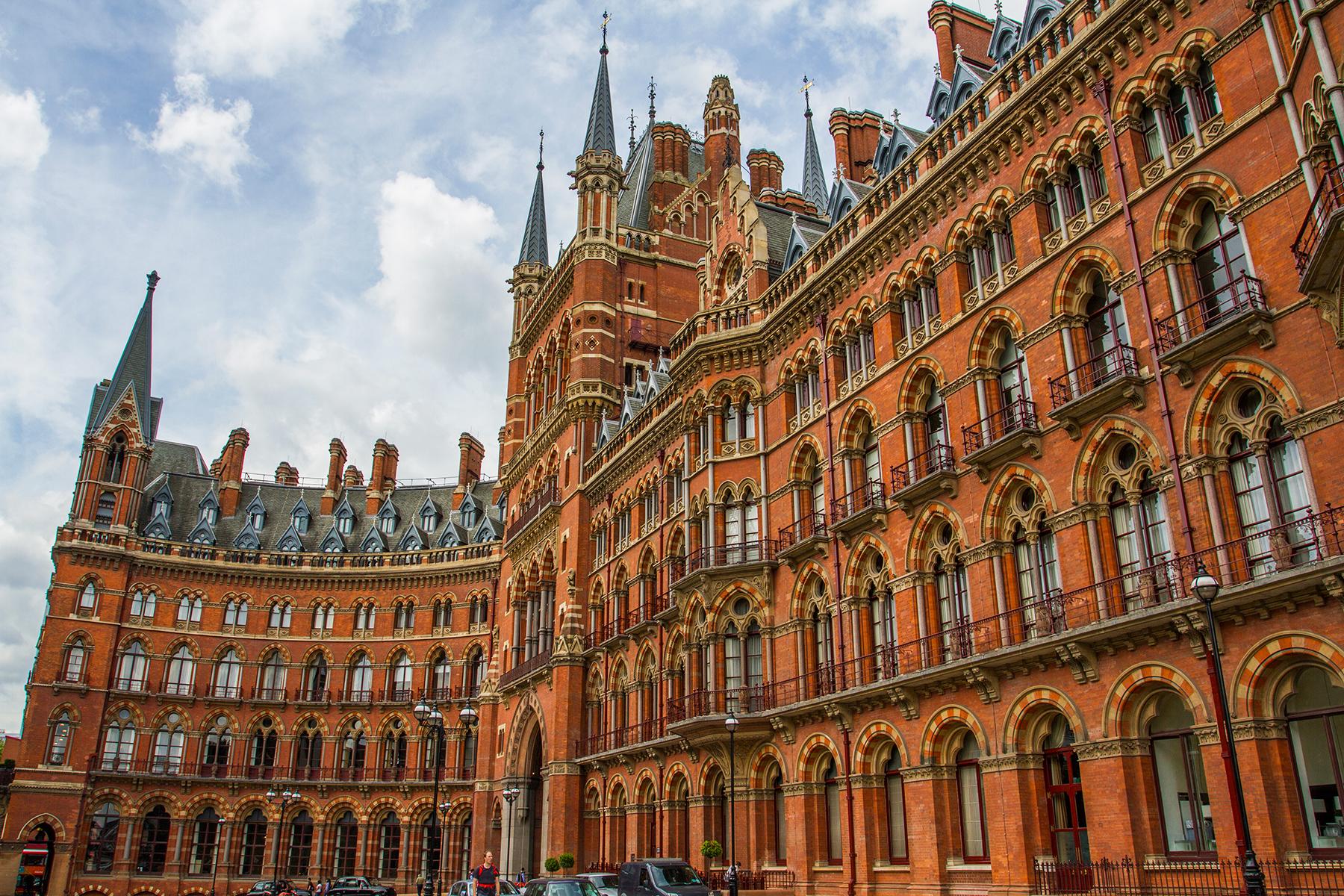 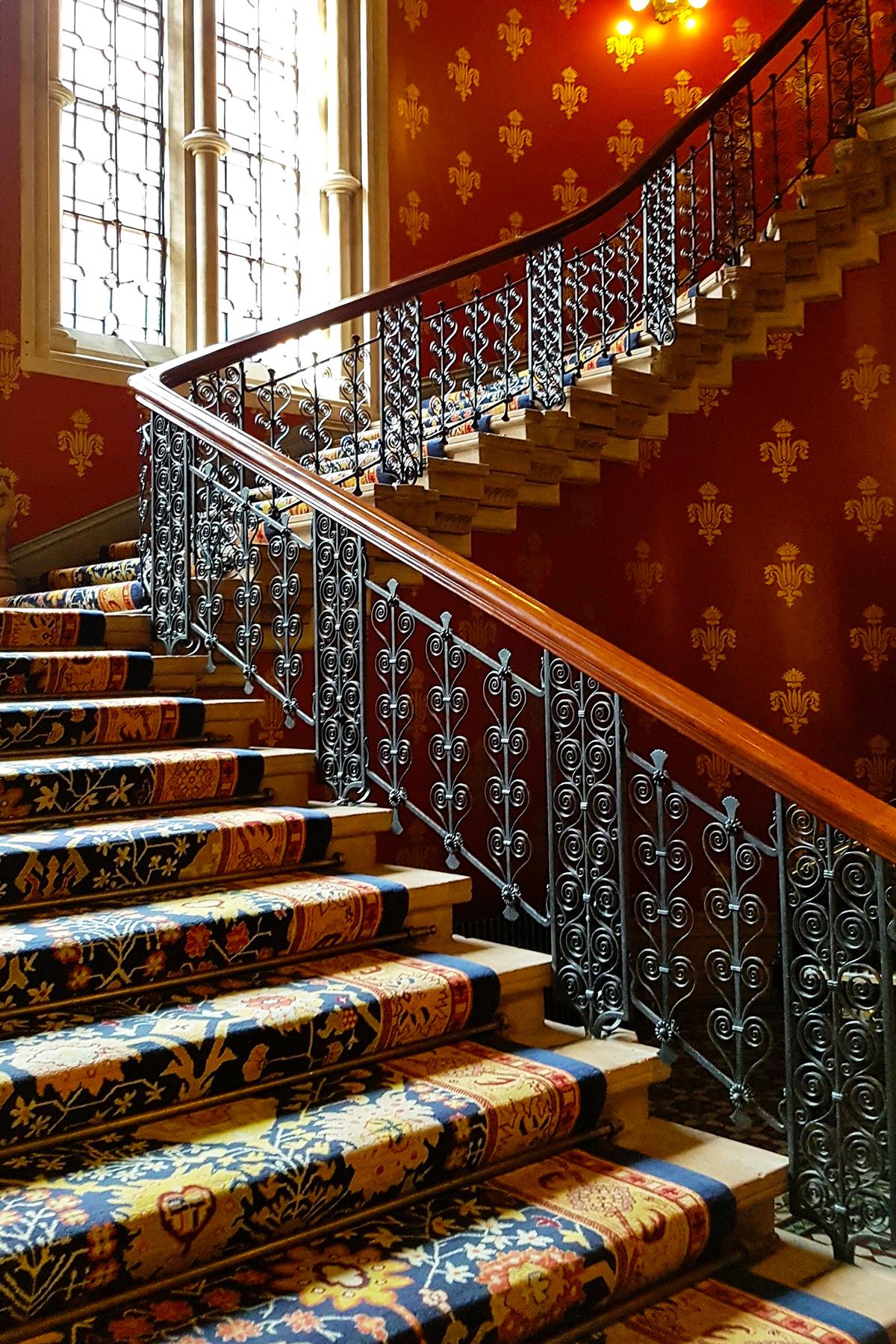 The Royal Albert Hall is known as one of the UK’s most treasured buildings, and for years it has been the performance venue of many of the world’s popular musical acts (as well as theater performances, film screenings, awards ceremonies, etc). And while absolutely every single British concert hall the Spice Girls ever stepped foot onstage at was obviously significant to everyone (and not just me), The Royal Albert Hall holds a special place in Spice history, as it was the site of the big performance at the end of Spice World–you know, the one they were racing to get to in the Spice Bus? That one. The girls also actually performed there in 1997 (scenes from the actual performance can be found intertwined with the staged movie-version of the show at the end of Spice World).