Hey you. You, on that overseas flight, binge-watching TV shows on the seatback monitor and asking for a second bag every time the free pretzels come around: you are failing to take advantage of a major in-flight amenity.  Put down that bloody Mary and listen up: there’s a concierge on your plane, ready to help you make the most of your time on the ground at your destination.

See that guy there, in the uniform, standing in the aisle? The one making sure the kosher vegetarian gets the special meal she ordered? He’s not behind a hotel desk, but like a traditional concierge, he can be an invaluable source of information. Announcement from the Flight Deck: It’s time to upgrade your experience with the cabin crew. 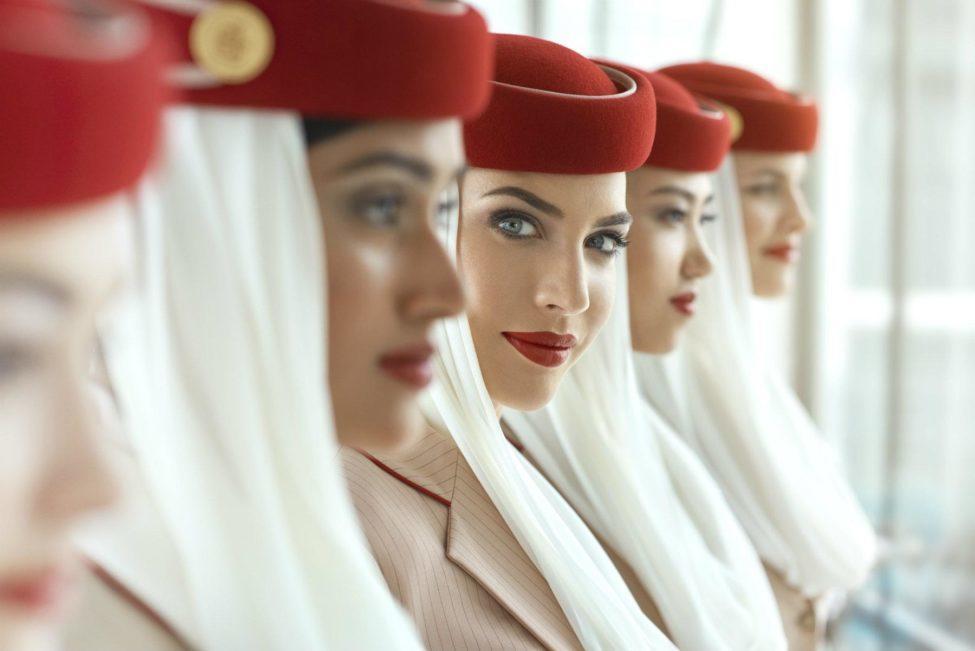 Yes, they have a hospitality role, bringing you pillows and those bloody Marys, and coming up with distractions until the screeching hell-beast two rows behind you stops crying and goes down for his nap. (And they can also sometimes quiet screaming babies.) Yes, they have an even more important but hopefully less-called-upon security role, keeping you safe in the event of an emergency. But here’s something that probably hasn’t occurred to you: these are highly-trained professional air travelers with an intimate knowledge of the place where you’re going. You’re ignoring the gold mine that’s right in front of you.

So, how should you go about availing yourself of this golden opportunity? Choose your moment wisely. You’ll have more chances on overseas flights on a prestige airline, even in coach class. If the flight is long, there will be plenty of downtime, so don’t be that guy making the drinks service grind to a halt as you ask for a local dive bar recommendation. As to what topics are appropriate to ask on a longer flight (when the attendants are not otherwise occupied), we reached out to cabin crew members from Emirates Airline, known for their high-level hospitality. We found out they’ve got a wealth of expertise they’d be happy to share with you, if only you’d ask.

Ask for favorite spots or things to do at your destination.

A friendly request for a resident’s recommendation could lead you toward a more authentic local experience than you’ll find in the in-flight magazine. At Emirates, for example, the majority of the staff relocates to Dubai, the airline’s homebase and most popular destination. The company provides an Induction Team to introduce recruits to their new hometown, from taking them on the town to briefing them on local culture and traditions. Who better to ask about what to do during your trip than someone who lives there?

Even if they don’t reside in the place you’re going, they likely fly there often, stay a few nights each time, and get out to explore on their days off. They could point you to anything from a charming restaurant to an expat neighborhood likely to have an English-language bookstore or a pharmacist who understands the word “Benadryl.” And while they cannot make reservations or get you tickets to a sold-out musical like a regular hotel concierge, they could tell you about a brand-new restaurant or show that’s starting to get buzz while it’s still possible to get in on your own.

Ask about the local culture where you’re headed.

Airplane staff whose beats take them regularly to exotic locales receive extensive training on local customs and taboos. Don’t be shy about asking for help navigating unfamiliar etiquette whether you’re traveling for business or pleasure. There’s no excuse for causing offense to the people you will meet during your stay when an expert on the subject stands in front of you right now, handing over your customs declaration form. 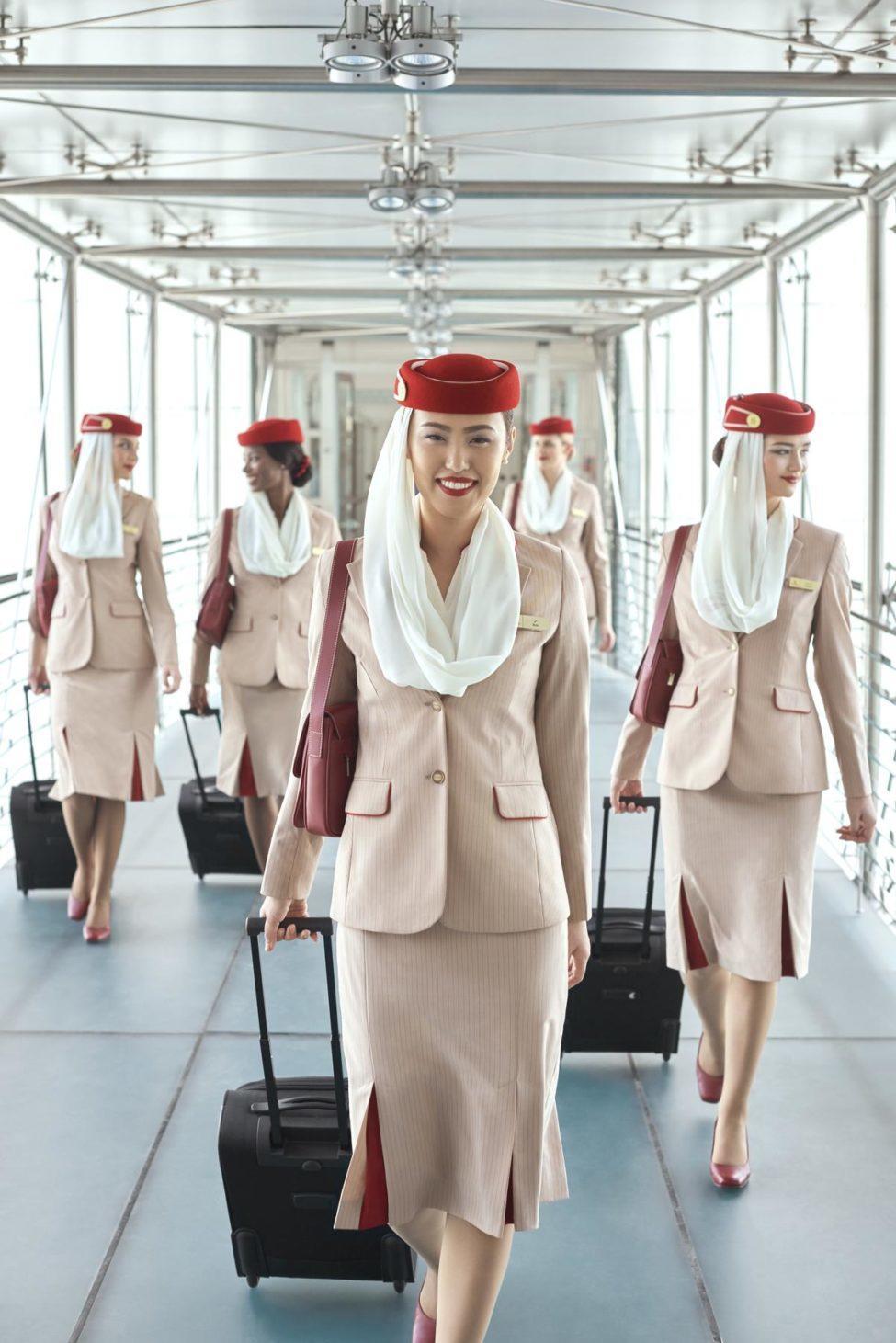 Ask about how they pack.

When you’re a brand ambassador, leggings and a wrinkled shirt won’t cut it, and cabin crew need to fit their crisp uniforms plus their off-duty togs into a tiny roller bag. Even Mary Poppins could take some advice from a long-haul flight attendant on fitting an entire wardrobe into a single carry-on. If you let this font of wisdom remain untapped, you are preventing yourself from becoming practically perfect in every way.

Ask about preparing for the plane.

It’s been said many times before, but is worth saying again: the atmosphere in an airplane will suck every last drop of moisture from your body, leaving you the human equivalent of those pretzels you’re still munching. (I can’t believe you asked for a third bag.) Did you even know there’s such a thing as “moisture spray”? Well, the person handing over those pretzels does, and that’s why she remains dewy fresh while your cracked and wrinkled visage contracts into a face-sized facsimile of Death Valley. That second cup of water will be far more effective when paired with a face cream recommendation from one who knows his lotions. (Oh, and our Emirates source says to supplement those pretzels with some fruit or vegetables for better hydration and more energy.)

Ask about ideas for keeping kids happy on long-haul flights.

Some airlines (like Emirates) provide young flyers with goodie bags, and they have smart ideas about how to prepare the kids for their travel destination while keeping them entertained and non-screamy on the plane. Our Emirates source mentioned the airline’s popular Fly With Me Animals and Fly With Me Monsters, stuffed animals that can not only comfort children on the flight and beyond, but also teach them about where they’re going. Each stuffie comes with information on that creature’s native habitat, so kids hit the ground at their destination already familiar with the flora and fauna. (Why you are bringing a small child to a place where the native fauna includes monsters is a question for another day.) The cabin crew can also help when you’ve got a picky eater who doesn’t like airplane food—if you’ve brought along a bottle or a favorite food item, ask the attendant about getting it warmed up.

Tell them how much you appreciate the service.

It’s not customary to tip your cabin crew, so what if someone working your flight goes above and beyond? Say you actually pay attention to this advice, and follow it, peppering some poor soul with questions over the course of a transoceanic flight–how should you show your appreciation? Our Emirates source says to let the purser know at the end of a flight if any member of the staff has been especially helpful or pleasant, and to check the airline’s website for an online form to fill out for feedback on the in-flight service.

Let those other schlubs on the plane miss out on these riches; you’re a savvier traveler than they are. Once your Concierge of the Sky is done giving you the Heimlich maneuver after you choke on your fourth bag of pretzels, ask her a question or two. She’s got this.