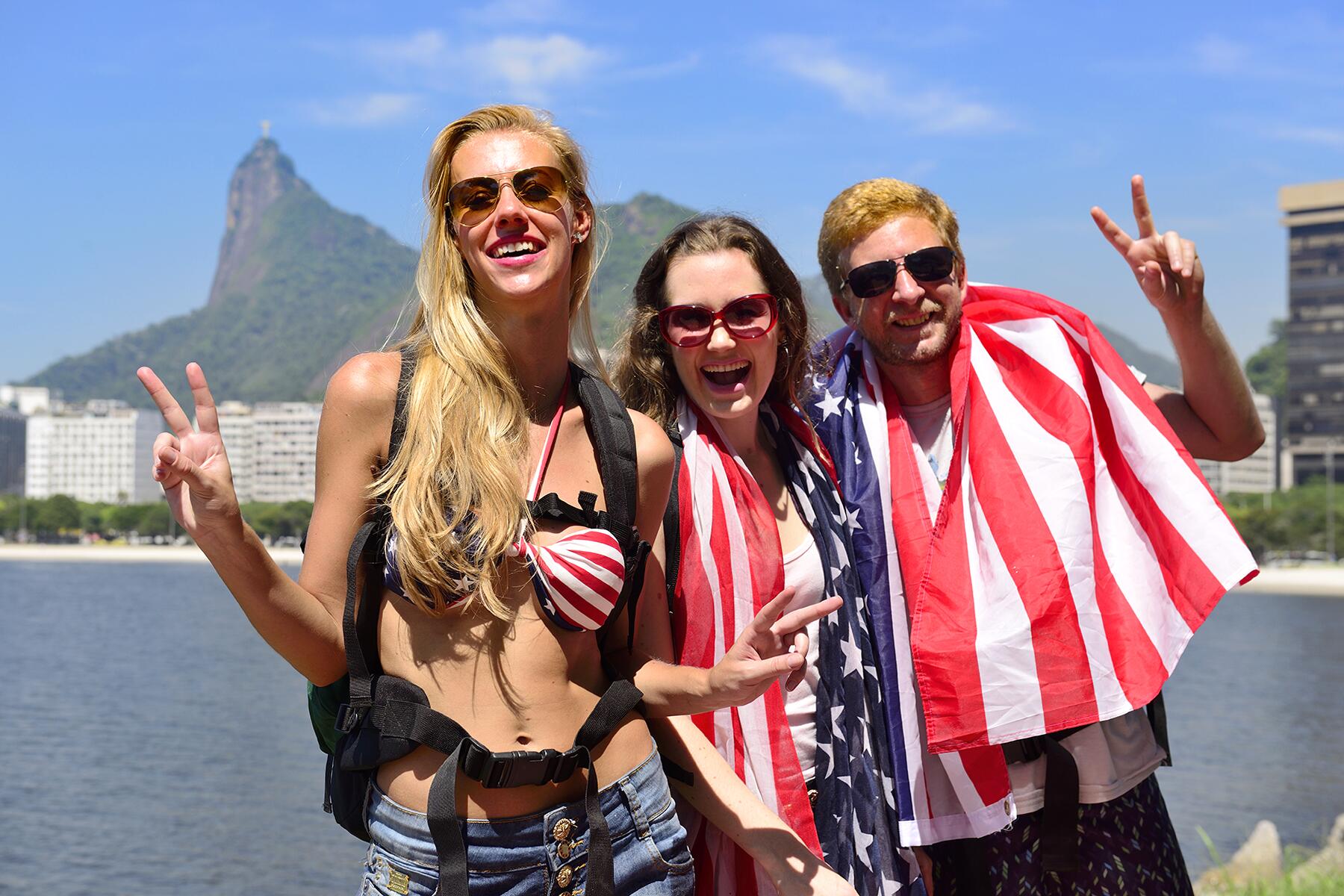 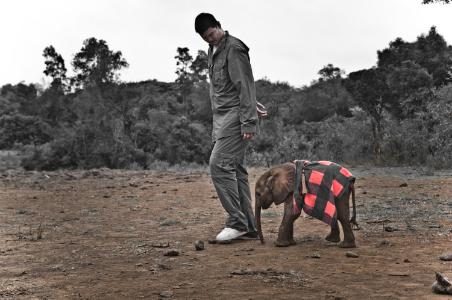 When injuries cut short Yao Ming's basketball career in 2011, he returned to China determined to put a stop to his homeland’s appetite for endangered animals. Now, as an ambassador for the international conservation organization WildAid, Yao has found a way to use his stature to help spread the word about the cruelties of wildlife poaching.

In 2006, he persuaded his countrymen to give up the key ingredient in one of their traditional delicacies, shark-fin soup, in a campaign that cut consumption in half. More recently, he has turned his attention to the ivory and rhino-horn trades. Last November, Animal Planet aired “Saving Africa’s Giants with Yao Ming,” a one-hour documentary that follows his travels through South Africa and Kenya, home of the ancient Samburu tribe and also a natural habitat for African elephants. There, Yao witnessed the devastation caused by poaching and came to a poignant realization about his home country, the number one consumer of illegal ivory. (The United States is number two.)

We recently spoke with Yao about his efforts to change the minds of Chinese consumers, his personal connection with elephants, and how travelers can help save these gentle giants from extinction.

How did you feel the first time you encountered elephants?

It’s not often I get to feel small, but under the huge African skies and being up close with a beautiful bull elephant is a humbling experience. I was also deeply impressed by the emotional bonds and social interactions that take place between elephants. It’s hard not to fall in love with them.

How hopeful are you that elephants and rhinos can be saved?

We simply must save these amazing animals for future generations, and we can if we can reduce the demand for ivory and rhino horn. In my role as a member of the National People’s Congress, I have proposed to the Chinese government that it ban sales of ivory. Our latest survey showed that 95 percent of the Chinese public would support this move. Also, since we started this campaign with WildAid, Save the Elephants, and the African Wildlife Foundation, there has been a 50% increase in the number of people in China who believe that elephant poaching is a problem. In the U.S., there's a trend towards restricting ivory sales. Right now, 25 states have considered or are considering legislation to restrict ivory and rhino horn sales within their borders. And, in New York and New Jersey, there is already legislation in place. 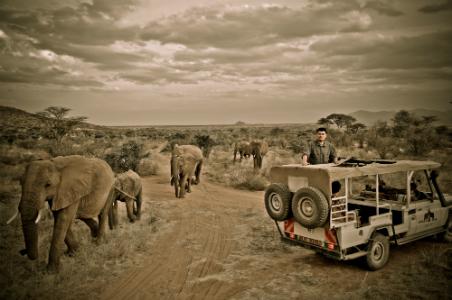 In the Animal Planet documentary, you visited several game reserves. Can you describe your experiences?

Kariega Game Reserve is a great place to see rhinos up close and hear the story of Thandi, a rhino that narrowly survived the loss of her horn to poachers and has now become a mother. At Samburu National Reserve, you can have marvelous elephant encounters with a long-studied population at Elephant Watch. At Lewa Wildlife Conservancy, I met three orphaned baby rhinos who were real characters. Last but not least, the David Sheldrick Wildlife Trust in Nairobi is a marvelous place to get to know young, orphaned elephants. They all play important roles, and yes, travelers can visit these places. In fact, their visits contribute to local economies and communities, and this helps to justify the considerable costs of conservation.

Can travelers visit other places that are helping to save these animals from extinction?

Ol Pejeta Conservancy in Kenya's Laikipia region, where I also spent time, is the last hope on Earth for breeding the northern white rhino. Sadly, we’re down to only four left in the entire world. South Africa’s Kruger National Park is home to the largest rhino populations left on the planet but also, tragically, the site of terrible poaching. 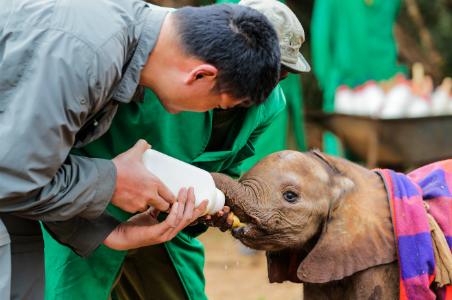 What can Fodor's readers do to help curb the ivory trade?

Pass the message on to friends, family, and people you encounter, not to buy ivory and rhino-horn products, and support on-the-ground protection by donating to the cause through one of the organizations I mentioned earlier. Or, visit Africa and help the local economies. You can also buy only Forest Stewardship Council certified timber and certified Fairtrade coffee since coffee and timber crops are often grown in plantations that destroy elephant habitats. It all helps. The bottom line is that, to the greatest extent possible, be aware of the impact of your consumption and make the right choices whenever you can.

What about fostering a baby elephant?

It’s a long and expensive process to bring up a baby elephant that has lost his mother to poaching and return it to the wild. Our friends at the David Sheldrick Wildlife Trust, who have saved over 190 infant elephant calves, need all the help they can get.

Do you have any projects coming up?

During Prince William’s recent visit to China, CCTV 1, the main Chinese television station, ran our PSA with the Prince and David Beckham over 70 times, which was great! I’m also working with WildAid in my hometown of Shanghai to get school children involved in elephant conservation. Lang Lang, the concert pianist, has also just done a PSA about ivory consumption, as have the cast of The Walking Dead. We’re all very busy promoting the message, “When the buying stops the killing can, too.” And we won’t stop until it does.