For better or worse (it’s mostly worse, if we’re being honest), here’s what air travel will look like in the New Year.

When it comes to flying the number of procedures, regulations, classes, rules, and styles can be labyrinthine, obscure (Is there a difference between Preferred and Premium?), and ever-changing. Oh, and did we mention that they can be totally different depending on your carrier? But there are some changes coming to air travel that, as you line up your plans for 2019, you can already plan for.

Prepare to Pay up for Your Economy Seat Assignment

By now, though the labeling depends on the carrier, such distinctions as Basic Economy and Economy Plus are pretty well understood by even not-so-frequent fliers. Though the specifics differ from airline to airline, it generally means that paying for whatever the step above “Basic Economy” is entitles you to some kind of perk (like more leg room) or basic features that have been reframed as perks (like being allowed a carry-on bag in addition to your “personal item”). Now more airlines will be taking things a step further by rolling out their version of “Preferred Economy.” That is, charging customers (sometimes exorbitant) fees for the privilege of choosing a seat that’s been determined to be preferred—usually, this means aisle and window seats but may also include middle seats near the front of the cabin.

If you have a tight connection it’s handy to be near the front so you can disembark faster, but there are no other material benefits. No extra legroom, no free drinks. As of December 14, United joined American and Delta as the latest airline to implement Preferred Seating. And while not all airlines have preferred seating it’s easy to see other carriers following the lead of the big three.

Let’s just hope that making you wait for a cup of water to melt isn’t the next idea the legacy carriers take from budget airlines.

Delta Is No Longer in the (Boarding) Zone

Starting January 23, Delta will be changing its “Zone” boarding process. Though the new procedure will have two additional groups (up from 6 to 8) Delta said that the new process was smoother because fewer people were lining up at the gate. The new order will be pre-boarding, Delta One, Delta Premium Select/First Class, Comfort Plus, Sky Priority, Main Cabin 1, Main Cabin 2, Main Cabin 4, and Basic Economy. 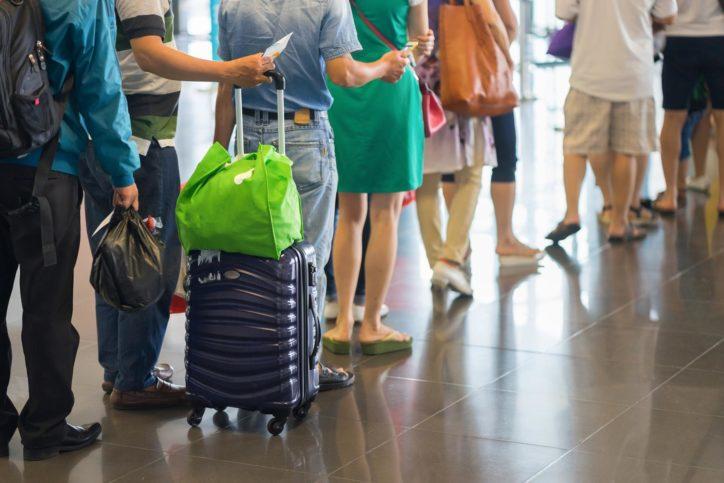 The breaking up of the Premium cabin from one group into two makes a logical sense—the Delta One Suites being more luxurious than mere regular first class. But it’s the realigning of the Sky Priority boarding zone that’s sure to stir up controversy. With the new boarding procedure, Comfort Plus passengers will board ahead of frequent fliers. Platinum and Gold Medallion level members are unlikely to appreciate their loyalty going unrewarded.

Your Face Is Your Boarding Pass

If you’ve ever found yourself thinking about how much better air travel would be if it was more like Minority Report you’re in luck (as well as terrifyingly prescient). Biometrics technology is slowly but surely finding its way into airports around the world. Using a camera-based system, passengers simply scan their faces and then go ahead with boarding. The system is so efficient that British Airways reported the process of boarding 400 passengers took a scant 22 minutes. Delta and Hartsfield Jackson International Airport in Atlanta were the first to launch a fully biometric terminal in the U.S. in late November and they’ll be far from the last. At least 70 percent of airports and airlines have plans to start testing what’s looking to be the ccheck-inprocess within the next three years.

But for passengers who have privacy concerns have the option to check in the old fashioned way. Though even the most principled person may find them straying from the righteous path when faced with a daunting security line.

More Airlines Are Saying “Ya’ Basic!” to Economy

Put on your Ugg boots and order up a pumpkin spice latte because Basic is here to stay. At least as far as airlines are concerned. Not only will more airlines create their own version of the stripped-down flying experience (Hawaiian Airlines and JetBlue are confirmed to be joining the club in 2019) but carriers that already offering it are doubling down. United will now have basic economy to transatlantic flights and Delta has started offering basic economy awards tickets to frequent flyers on select routes.

If you thought seats on planes couldn’t get any smaller than you hadn’t considered the toilet seat. The new Boeing 737 MAX may be showing us the future of restrooms in the sky and the future is … cramped. In order to get more passengers on a flight airlines have taken to shrinking their bathrooms so that they’re now 10 inches narrower and sinks so small passengers can only wash one hand at a time. Passengers that have already experienced these small bathrooms have photographed themselves hunched over just to fit inside. But it’s clear the experience is far from easy, even for the not-so vertically gifted.

But given the fact that American Airlines estimated that they could see an extra $500 million in revenue from the 12 extra seats these tiny toilets allow it’s not unlikely that other airlines will follow suit.