If I see one more white dude on Tinder with a picture of a drugged tiger, I'm going to lose it.

An oft-cited argument for international travel is that it expands our horizons and makes us empathetic to other cultures. Um, no. Cute, but no. It can make us empathetic to other cultures. But it definitely doesn’t do it automatically. Case in point: I’m pretty sure lots of racists have happily vacationed in Cancun and currently support Mexican kids in cages. To put it another way: as longtime Ask a Mexican columnist and Taco USA author Gustavo Arellano said, “Americans will always love Mexican food—and always hate the Mexicans who make it.” Partaking in a culture doesn’t equate to respecting it. (See: cultural appropriation.)

With that in mind, I’d like to propose a very short, completely non-exhaustive primer about how to check your white privilege when you travel. Most of this is common sense—but I’m rehashing it louder for the people in the back. Because I know someone is going to DM me on Twitter calling me names, let me just say it right now: there’s nothing inherently wrong with being white, rich, and able to travel. Actually, it’s great! I support you! I love to travel too, and even though I’m not white, I recognize how I benefit from my many privileges: being able-bodied, having grown up in America, having an American accent, having gone to college–the list goes on. My parents came to this country broke just so I could go truffle hunting in Australia 20 years later, and I’m not mad about it. I’m not asking anyone to feel guilty for what they’ve been given. But what I (along with conscious travelers everywhere) am asking is for travelers to recognize the immense power they have—and how this can be used to help or hurt others in ways they might not even realize. So many of the people we Westerners interact with abroad have been at the receiving end of systemic racism, often perpetuated by a colonialist West—and being insensitive in the moment doubly rubs salt in the wound.

Always Ask Permission Before Taking a Picture of Someone

I once knew a white dude who loved to take photos very much and thought they were amazing. They were okay. He was showing me pictures from his recent trip to Mysore, India—where he loved the colorful culture—and didn’t get why I thought his pictures of poor old people were objectifying. He insisted his intent was pure, and I know it was. But, as Toby said during the sexual harassment episode of The Office, intent is irrelevant. Because of the inherent privilege in whiteness—let alone as someone having the socioeconomic means to travel abroad—white people can do the exact same thing as a person of color (POC) or a local, and have it be 10 times more offensive. Taking a picture can be one of those things. The way to avoid this is, obviously, to ask before taking one. In many cultures, it can be considered rude and intrusive–not flattering. And do not think you’re promoting “African culture” by taking a picture of a Malian woman and posting it on your Instagram. You’re promoting your own travels. Did you include her name? Did you even ask her for her name? Do you know her story? Where she was born? What does she do? Did you bother to learn how to ask permission in Bambara? If the answers to these questions are “no,” you probably shouldn’t be taking that picture.

Do Not, for Any Reason, Wear Tribal Paint

We get it, you visited the Amazon and started an herbal supplement company. Cool! But you do not get to wear tribal paint, sorry. You are not at Coachella. (And even there it would be offensive.) You are a traveler. Please do not do this. Ironically, by clothing yourself in motifs of the “exotic,” you are showing yourself to be basic. The symbology of non-Western cultures has specific and sacred meanings. Appropriating their iconography isn’t honoring them.

At this point, it’s pretty well known that shark fin soup was the biggest single threat to sharks at one point and has resulted in a population decrease of several already endangered species. The process of cutting fins off—and dumping sharks back into the sea—is also absurdly cruel. Because of growing awareness around this, shark fin soup consumption has dropped as much as 80 percent in recent years in mainland China.

Still, it remains a cultural delicacy, especially among the older generation, with deep historical roots. At the same time, its environmental consequences are well-documented. So, if you’re visiting China as someone of non-Chinese origin, should you partake? I’d never tell someone what parts of culture they can and cannot indulge in—but as a Westerner, I think there are so many other ways to experience the panoply of Chinese cuisine and larger culture.

According to a CNN article, many younger generation mainland Chinese feel the same way as I do, so this is a pretty non-contentious example. But it points to a larger point: it’s possible to appreciate a culture while divesting from certain practices that don’t agree with your ethical—environmental, human rights, animal welfare, or otherwise—framework.

Just because something has cultural precedent—whale hunting, bear circuses, shark fin soup—it doesn’t mean it should continue. For sure, many contentious debates—like Eskimo seal hunting—are complicated, and encompass issues that people outside the culture can’t even begin to understand. But as Westerners, familial customs and cultural heritage aren’t a reason to partake, if they’re a valid reason at all. 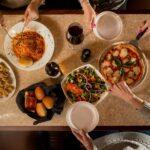 RELATED STORY
How to Check Your Food Privilege When You Travel

Be Aware of How You Talk About and Consume Food

For starters: avoid the terms “cheap” and “ethnic.” I’m a fan of $2 khao soi as much as anybody else, but just know that what might be really affordable for you—“a steal”—is what many people make in a day. What does that mean? Should you stop eating at street stalls? No, on the contrary—it’s great to support small businesses, which are an especially vital economic pathway in developing countries. All I’m saying is, be careful how you talk about food and avoid otherizing language like “cheap,” “weird,” “exotic,” and “authentic.” If you want a much more in-depth primer, check out Soleil Ho’s great article about words she’s avoiding in her restaurant reviews as San Francisco Chronicle’s food critic. 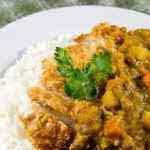 RELATED STORY
Is There Such Thing As Food Imperialism?

Be Nice to Servers

Traveling internationally, I’ve personally witnessed so many counts of condescension—travelers being rude to waitstaff, tour guides, and business owners. The thing is, most of the time it’s really subtle but equally hurtful. People can tell when you think they’re stupid. It comes across in your tone. And, having been on the receiving end of this, it sucks. Check your privilege. Be patient with people’s English. Don’t speak louder English to be understood. Many service workers are trying their best to put up with some really rude foreigners so they can feed their family. And, of course, it should go without saying: tip well.

Sometimes in developing countries, waitstaff have been trained by their institution and the culture at large to provide obsequious service. You’re treated like a king. People will literally bow down to you and do pretty much what you want. Internalized colonialism, the caste system, or sheer poverty expands the boundaries of service significantly. It should go without saying, but basic manners still apply. If your boss were watching, how would you act?

Do Not Ride Elephants or Visit Animal ‘Sanctuaries’

What does this have to do with white privilege? Well, Columbus kicked it off when he declared “dominion” over the flora and fauna of the New World, and colonialism has long called upon Christian “dominion” to justify its plundering of natural resources. Tiger selfies and elephant rides are just contemporary versions of Columbusing—going to an exotic land and asserting our dominance over it.

Most travelers at this point realize that tigers at sanctuaries are drugged—except for my entire Tinder feed for some reason—but a lot of hyper-educated, socially progressive travelers with Obama bumper stickers don’t see a problem with riding elephants at “sanctuaries.”  Do you know what needs to happen to a wild elephant for you to be able to safely ride it? Hint: it’s not a carrot. It’s beatings and chains–basically the horror movie version of Dumbo. An insider who’s worked in elephant conservation in Thailand for several years also told me that many elephants found at “sanctuaries”—even ones where you can’t ride the animals—are sometimes injured just to garner more donations from a sympathetic public. It’s a really, really slippery slope.

No, Your Voluntourism Trip Is Not Saving the Orphans

A lot has been written about voluntourism at this point—how it’s ineffective at best, and disruptive at worst. Like so many actions advised against in this listicle, it is often done with the best of intentions. But that doesn’t necessarily mitigate its harmful impact on the communities it’s supposed to be helping. There are countless articles you can read about how voluntourism affects various sectors: healthcare and education specifically. The Renee Bach scandal is unfortunately just one in a long line of similar stories. It is neither unique nor surprising, but it does highlight the supreme narcissism that 20-somethings (often not fully educated or diploma’d in their field of expertise, and usually white) can carry. The audacity of opening up a hospital with no medical background—as Renee Bach did—is so extreme it’s almost farcical. And behind this act is the unconscious (I’m feeling generous) belief that white people have more common sense than non-white people. That’s what started slavery y’all. And colonialism. This Instagram account says it better than I can: no white saviors.