Where Was the Failure: Melbourne, Australia

Last year, I went to Melbourne, Australia, to see a friend from college. Among the many great surprises my friend had planned for me, there was one in particular that now really stands out in my mind. She introduced me to the Australian Football League (AFL) by taking me to a game at Melbourne Cricket Ground. Are you familiar with the AFL? I sure wasn’t. 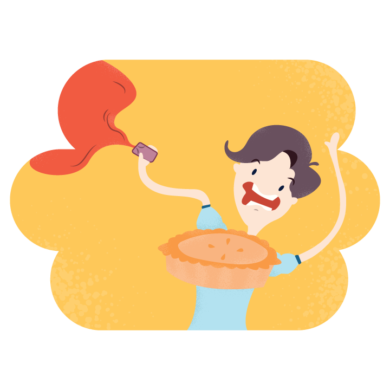 The AFL is to Australia as the NFL is to America, so this was kind of a big deal. Oh, and a thing to know about the AFL is that most Australians are into it. Actually, from what I could gather, everyone in Australia is into it. Everyone’s mother and their grandmother have THEIR team, THEIR players—it’s a cultural staple! There are also staples that go along with this staple, such as the packaged, hand-sized meat pies available at stadium concessions, which many attendees indulge in during games. Meat pies are to Australian football as hot dogs are to American baseball.

I love a good meat pie, but I had never eaten one that was delivered to me hand-sized and packaged. I had also never been given specifically-packaged ketchup to apply on my packaged meat pie. So, upon receiving my pie and plopping down back in my seat, I removed it from the plastic casing, grabbed my ketchup—at the wrong end—and sprayed the jeans of the woman sitting next to me. I froze. This poor woman. My ketchup. My meat pie. Remarkably, she was unphased, caught up in the game in front of her. I eventually broke the news to her that I had accidentally poured ketchup on her chic jeans. She was very forgiving, and even smiled about it!

“Great,” I thought, “Glad, my requisite socially-awkward-moment-of-the-day has come and gone,” but I could not have been more mistaken. Shortly thereafter, I noticed one of the players somewhat resembled a certain movie star, so I, a tourist, attempted to take a photo. Thankfully, our seats were front-row. Not-so-thankfully, I was captured live on national Australian television goofily leaned over in my seat, attempting to get the perfect shot.

So, here I was: an American who couldn’t properly eat a coveted (delicious) stadium snack and who “couldn’t be bothered to put down his phone for one moment to enjoy the game.”

To be honest, even after having watched it live, I’m not sure I can explain the rules of AFL—it’s like a mix between soccer, rugby, and American football (without the pads)—but what I can say is, please remember to look both ways before you eat your meat pie and/or stick your phone out for everyone to see.

Travel Fail: I Almost Got Arrested at a Bar in Tokyo

Where Was the Failure: Tokyo, Japan

During a trip to Japan, my friend and I took an overnight bus alone from Nagoya to Tokyo. We were without our guide (her sister, who is fluent in Japanese), but determined to navigate this pop culture wonderland without knowing a lick of the language. We got to the city at 5 am before so much as a cafe had opened, dazed from the journey—I fell asleep every time we rode the subway and nodded off before historic monuments. After a whirlwind 15 hours spent in crowded, seven-story shopping malls, accidentally stumbling into red light districts, and trying to find a modern art museum (this alone took hours), we craved a quick beer and a moment of relief before our bus back to Nagoya.

We found a small, darkly-lit bar patronized by five men, and sat down and ordered a beer each. The bartenders silently brought out peanuts and olives in small bowls, and we gleefully noshed on all of it, ignoring glares and murmurs aimed in our general direction. We were finally relaxed and elated—until the check came. Our total, for two beers, was over $100. 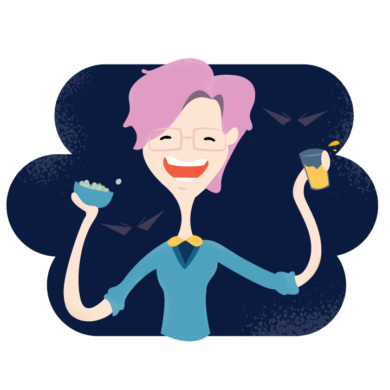 We tried to communicate to the bartender that there must have been a mistake when he informed us of the cost of the peanuts and olives and that we were being charged a “sitting fee,” simply for being at the bar.

We only had enough yen to cover the beer and explained that we didn’t know about the sitting fee (which as it turns out, is common in bars in Japan). We played up our status as ignorant American tourists, unsure if this would work to our advantage or as a strike against us. Yelling ensued, and not just from the bartender—all of the other patrons got involved. Minutes into the screaming match, the situation escalated further: the bartender threatened to call the police unless we paid what we owed.

My friend and I were emboldened by our exhaustion, and mildly curious as to how this situation would play out, so we told them to go ahead and call!

This caught everyone off guard; after all, was all of this chaos really worth the $100? Soon, the (somewhat empty) threat to call the cops got became a less-calamitous threat of calling the manager, who emerged from the back. By some miracle, this man was our deus ex machina and accepted our meager bills and admittedly pathetic excuses. We paid him and ran like hell to catch our bus out of town.

Nothing in this life is free.