The idea of eating meat as a sweet sounds pretty weird, but trust the locals—you’ve got to try this.

When people make plans to visit Istanbul, eating scented Turkish delight and syrup-infused baklava are two things that immediately come to mind. Ask a local to name their favorite confections, and their choices will be very different from those typical desserts. They’ll list delicacies made of poached quince, steamed pumpkin, and shredded dough, but far and away the most unusual is a dessert called tavuk göğsü tatlısı. It’s a milk pudding made using chicken breast … what? Dessert is a meal where meat does not belong, but every local recommends this chicken pudding dish. The place to try this meat sweet is at Saray Muhallebicisi, a restaurant whose name literally translates to “Palace Milk Pudding Maker.” According to Istanbul residents, they do the best meat pudding in town. 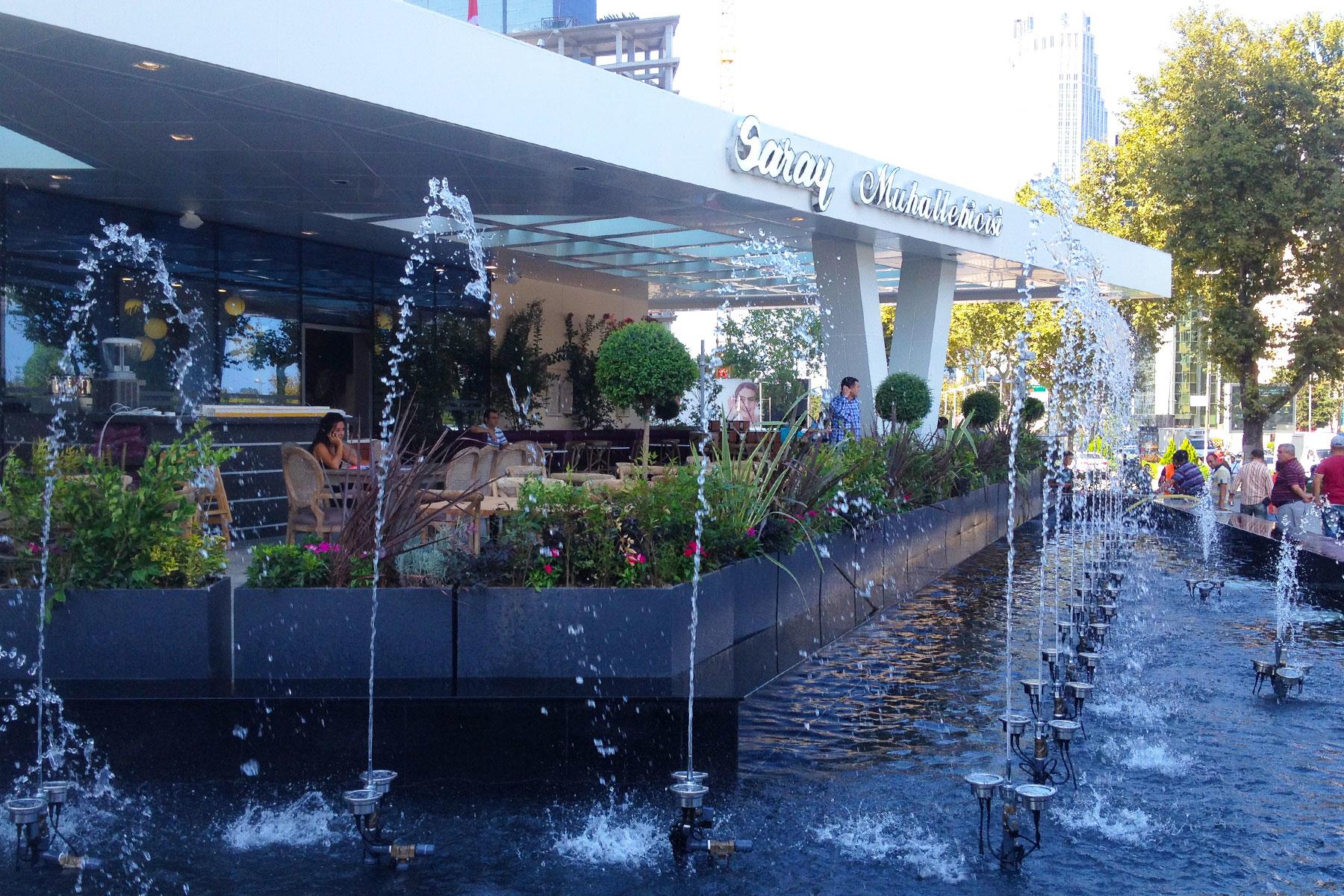 There’s nothing quite like ordering chicken breast pudding at a restaurant.

The idea for chicken pudding started back in 1935 when a man named Hacı Hüseyin Topbaş decided to open a restaurant offering a daily three-course meal. There weren’t many eating establishments around at the time, and there wasn’t much selection in the shops either. Topbaş wanted to create a tempting menu at a price people could afford, and he chose chicken as the base for all three courses. Chicken wasn’t farmed as it is now, so it was quite a luxury then. Ensuring he used all of the bird meant Topbaş could maximize his profits and introduce something exciting and new to a public that was only just becoming familiar with the idea of eating out.

At Saray Muhallebicisi, the meal begins with a bowl of lightly spiced chicken broth. Next, a hearty plate of chicken is served on a bed of rice. Tavuk göğsü tatlısı, a dessert that originated in the Ottoman palace kitchens, makes up the third component of the set menu. The method for making the pudding is meticulous and time-consuming. First, the chicken flesh is boiled and left to cool. Once all the liquid has been carefully squeezed out, the cooked meat is finely shredded. Then sugar, butter, vanilla, and ground rice are mixed together in a saucepan over a low heat. When those ingredients have dissolved, the chicken is added. The whole mix is then placed in trays and refrigerated before being shaped into small flat rolls, similar to blancmange. The final result has a sweet, creamy, and slightly sticky texture and is served with a dusting of cinnamon.

There’s also a second version of this pudding called kazandibi tatlısı. When the pudding’s cooked, the outer layer caramelizes, forming what’s known in Turkish as a dip, or bottom. When the restaurant first opened, this was usually left behind in the pan. However, the chefs soon realized it added additional texture and flavor so decided to leave it on. The one without the outer layer has an extra subtle smoky flavor, while the piece served with the dip intact has additional sweetness and tang. 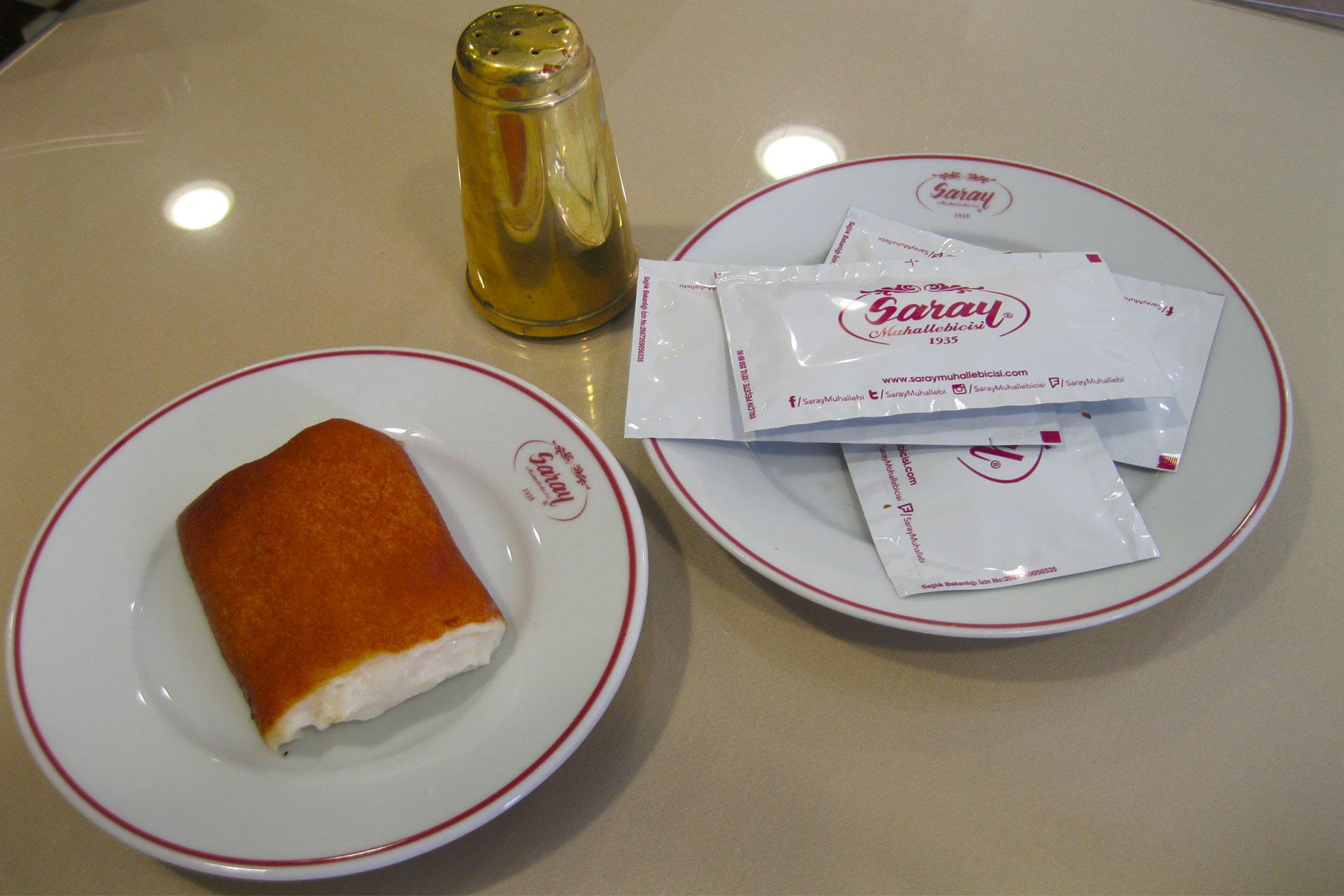 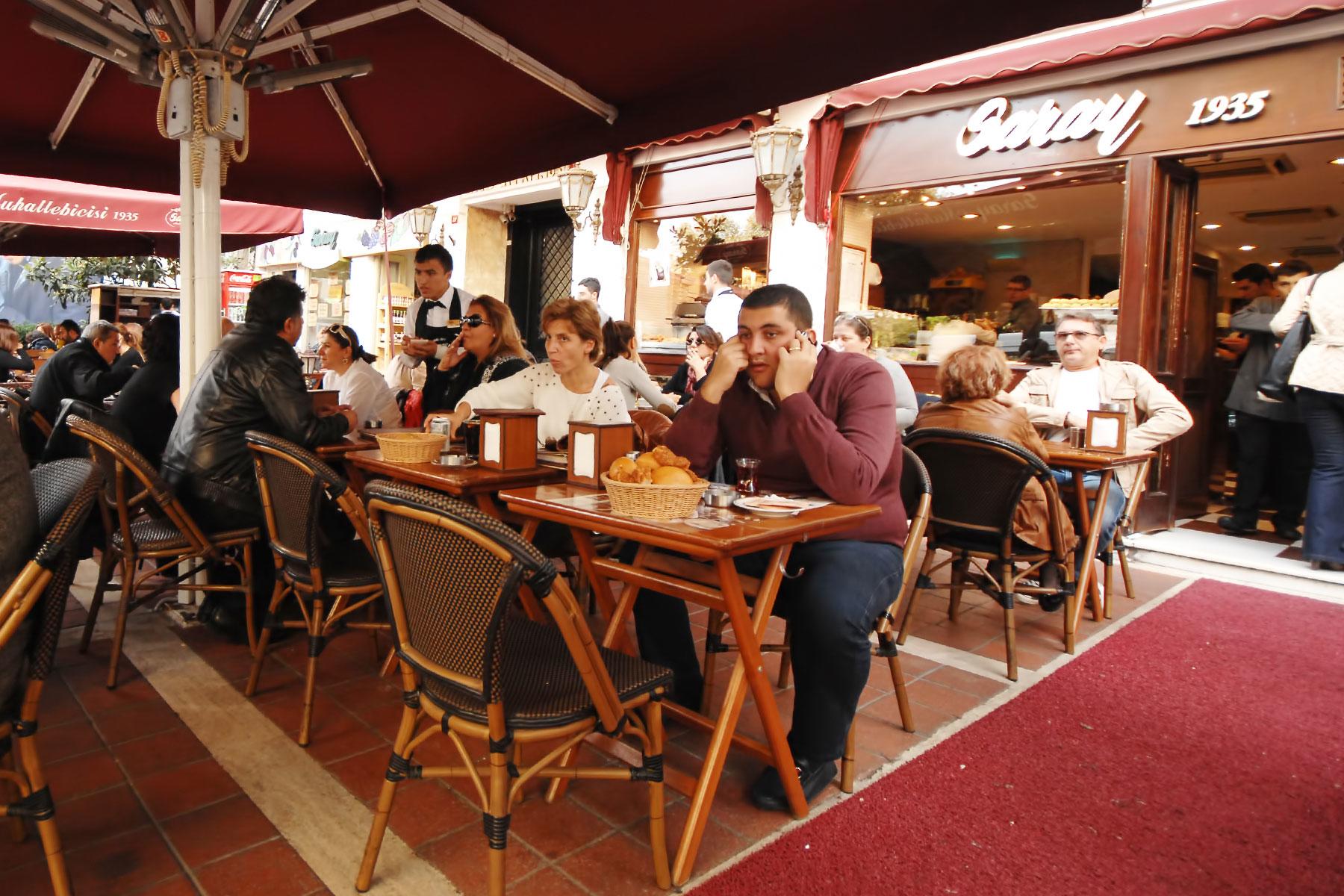 While there might be other places making tavuk göğsü tatlısı, Saray Muhallebicisi’s been doing it for 80 years, and doing it well. There’s nothing quite like ordering chicken breast pudding at the restaurant in Kadıköy on the Asian side of the city, looking out at the busy ferries crossing the Sea of Marmara. The experience is unbeatable.