Sick of above-ground lakes? Me too. Yawn. Boring. Let’s crawl under the surface of the earth and get away from (gestures to literally everything, everywhere) all of this, and observe some of the most incredible hidden lakes in the world, located within the twisted caverns of some of the earth’s longest and deepest cave systems–many of them accessible to tourists. These unusual, magical-looking caverns will have you planning a trip underground in no time. So, get your explorer pants on–here are 10 of the world’s most fascinating underground lakes.

Dragon’s Breath Cave, located in the Otjozondjupa Region of Namibia, is home to the largest non-subglacial underground lake in the whole world. The actual depth of the lake is not known (although it’s thought to be at least 430 feet deep), as the cave is around 330 feet below the surface of the earth. The lake was discovered in 1986 when a group of explorers felt a humid breeze coming out of a hole in the cave, which is where “Dragon’s Breath” came from.

The Lost Sea in Craighead Cavern

Craighead Caverns is home to the second-largest underground lake in the world (and the largest in the United States), and is a very extensive cave system located between Sweetwater and Madisonville, Tennessee. The lake is known as “The Lost Sea,” and great news: You can take a “boat adventure” through it, which will start with a guided walking tour of the caverns, followed by getting into a boat and taking a sea tour of the Lost Sea itself. 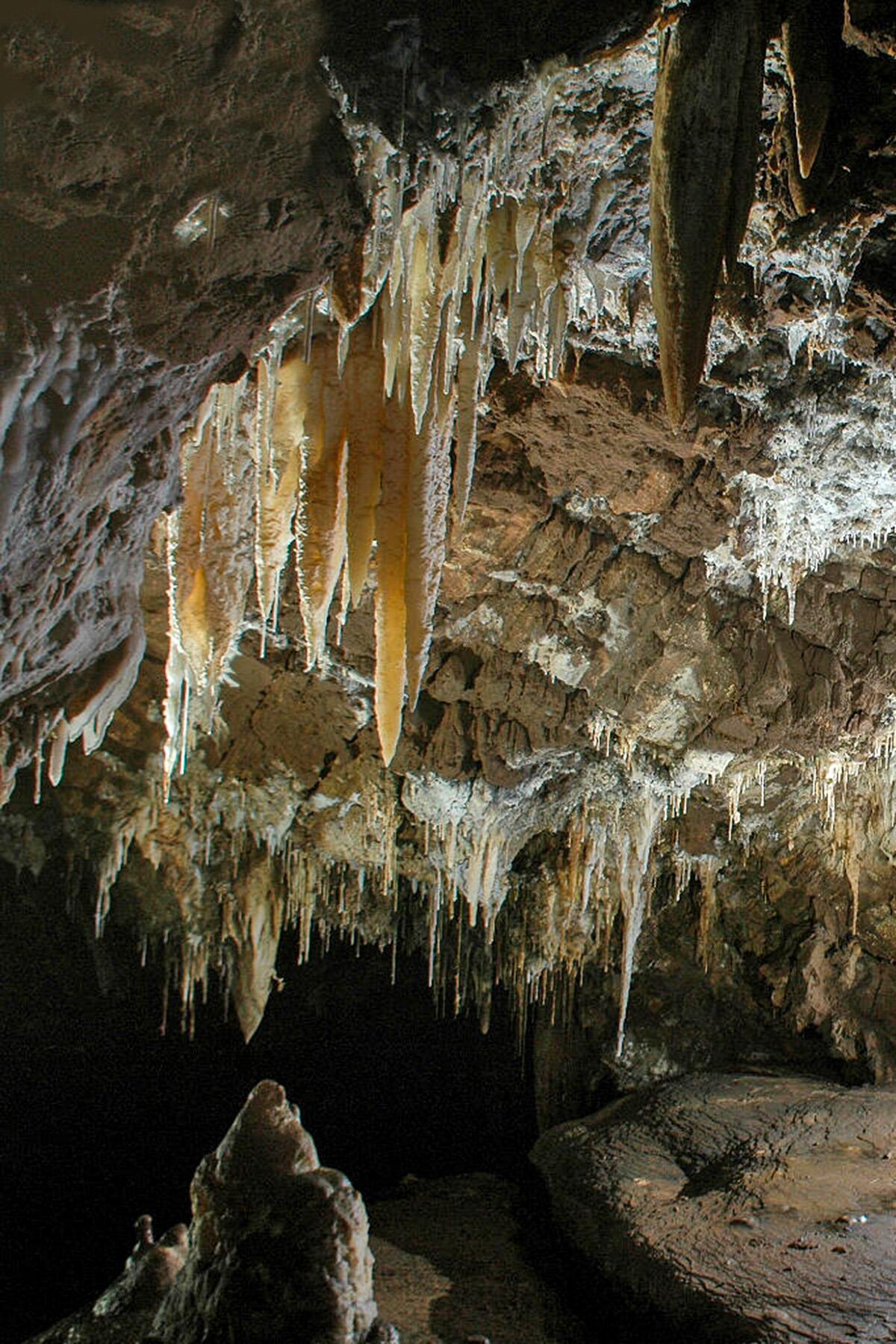 California Cavern, tucked away in the foothills of California’s Sierra Nevadas, has been a popular destination for adventurers since it opened all the way back in the 1850s (the first caverns opened to the public in California). And one of the most incredible aspects of this extensive cave system is the lakes it contains–as you travel through tunnels and caverns located 80 feet under the earth, you will happen upon many crystal clear pools of water, which are open to tourists who want to swim or raft in them. 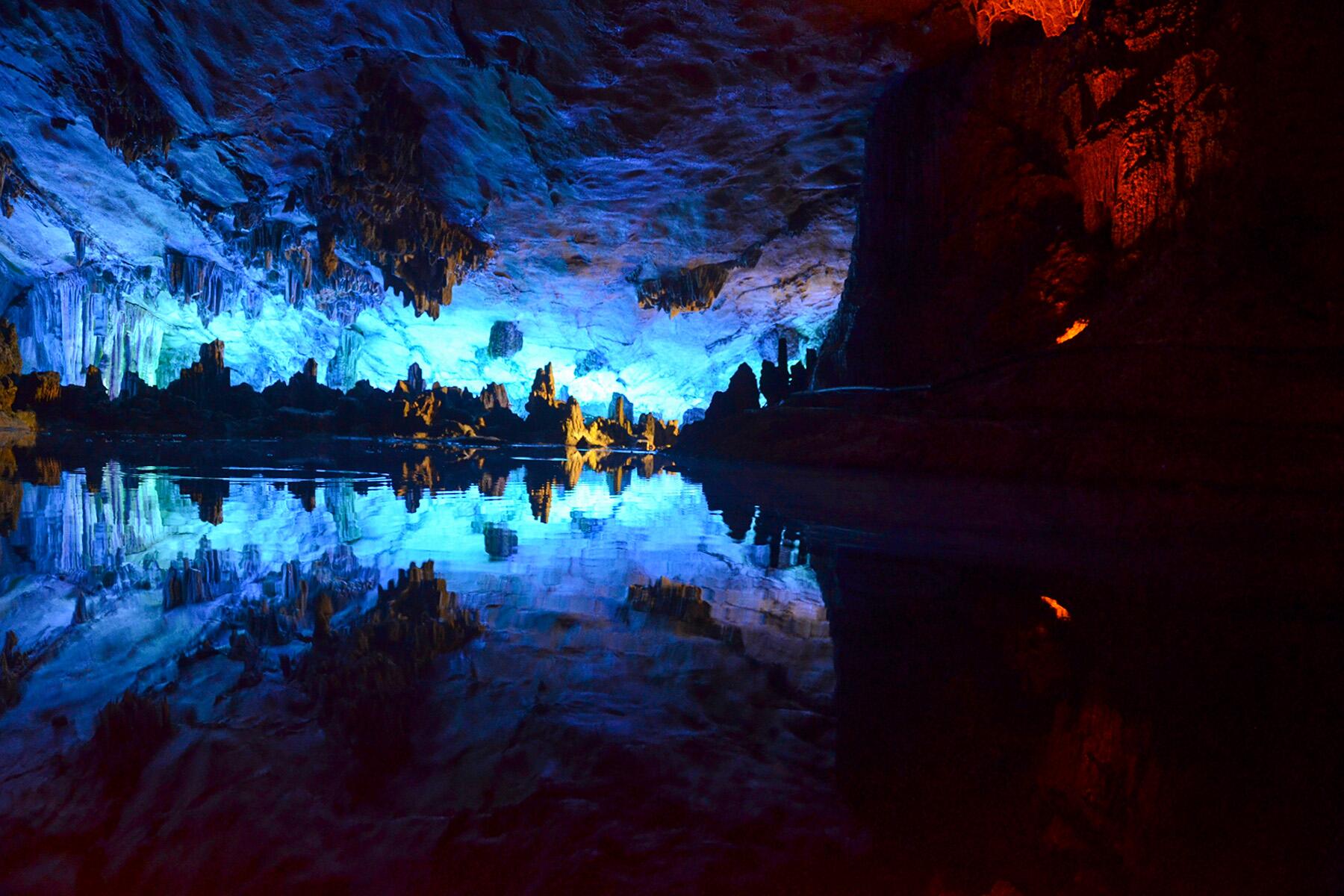 Reed Flute Cave is a popular tourist attraction in China, made up of natural limestone illuminated by artificial light (for tourists’ sight purposes, obviously). It got its name from the reed growing outside, at the cave’s mouth, as flutes could be made out of it. Guilin City’s Reed Flute cave contains lakes, also illuminated by artificial light, so that tourists can really see what’s going on down there. 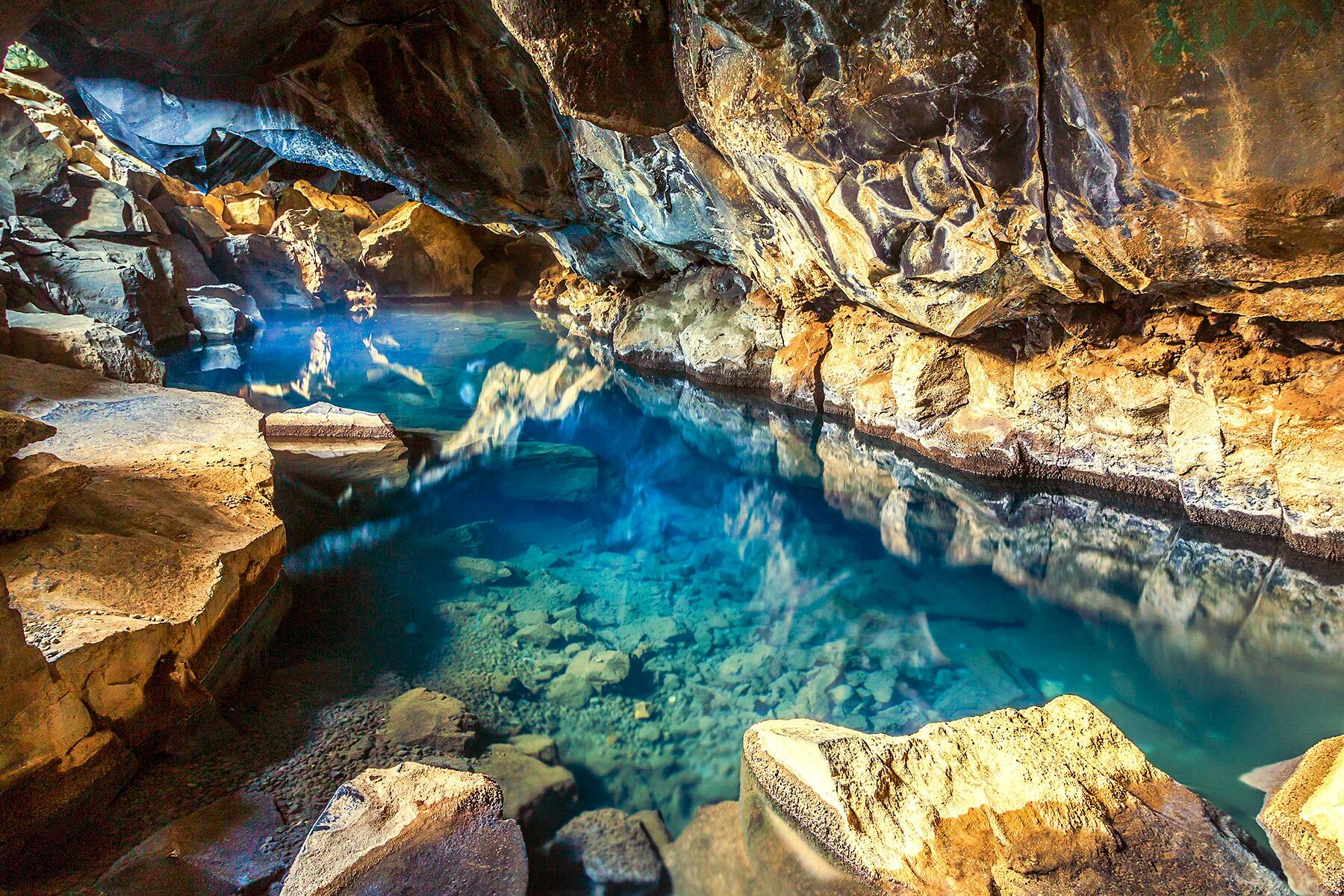 This small lava cave, famous for a geothermal hot spring, is close to Lake Myvatn in Iceland, and I’m sorry but you cannot go into it (you can go near it, though). The cave has an interesting history, as it apparently was the home of outlaw Jon Marcusson, and pretty much everybody was afraid of it due to the fact that it was pitch dark, contained jagged rocks, as well as, rumor has it, trolls. After the death of the outlaw, people became less afraid of it and swam in the hot spring–until the 1970s, when the environment was simply too dangerous to do so anymore. 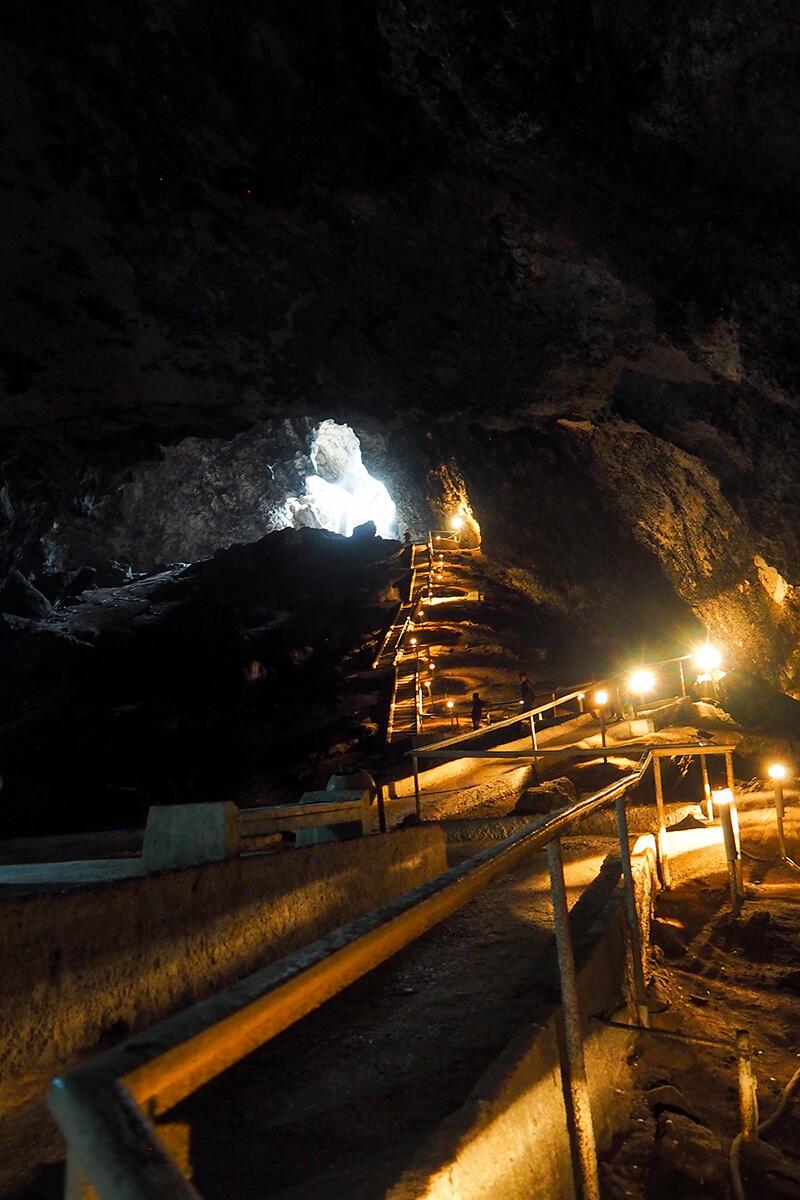 One of the most popular swimming spots in Turkmenistan is an underground lake, 200 feet below the surface of the earth–this is Kow Ata Underground Lake. The lake is 235 feet long, and contains salts and minerals–the sulfur gives it a distinctive smell (and will give you a distinctive smell after swimming in it, FYI). It’s located in the Bakharden Cave and is accessed by a long metal staircase. It should be noted that the cave is also home to the largest colony of bats in Central Asia (it’s a natural monument because of this fact). 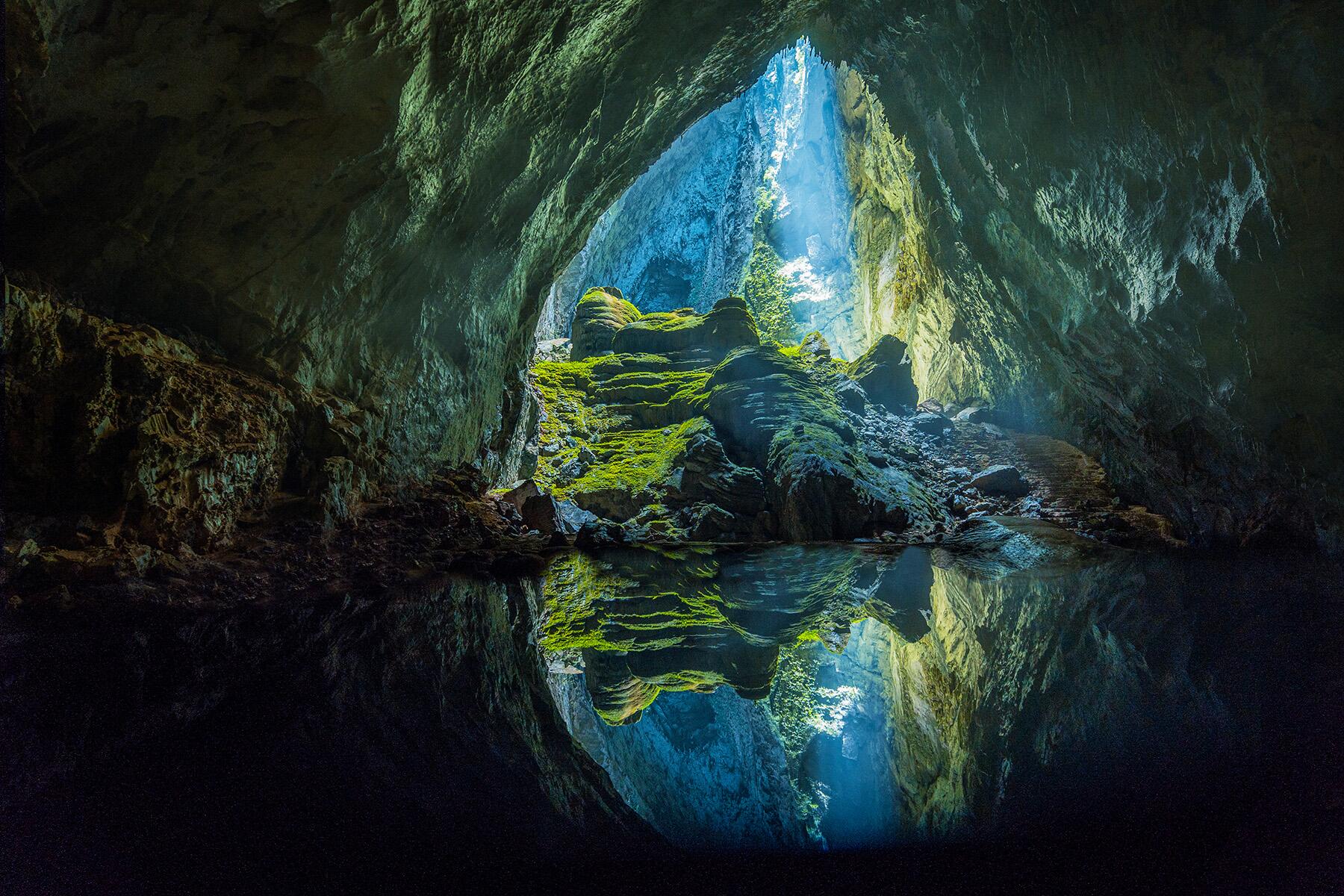 Son Doong Dave is the biggest cave in the world–so you better believe there’s a lake down there. “Son Doong” actually translates to “mountain river cave” and the cave came to exist millions of years ago when river water eroded limestone located underneath the mountain. The cave contains an internal fast-flowing river, which connects it to Hang Thung, another cave nearby. A permit is required to explore the cave and, usually, heavy rain causes the river’s water level to rise to high levels after the month of August, making it no longer accessible. 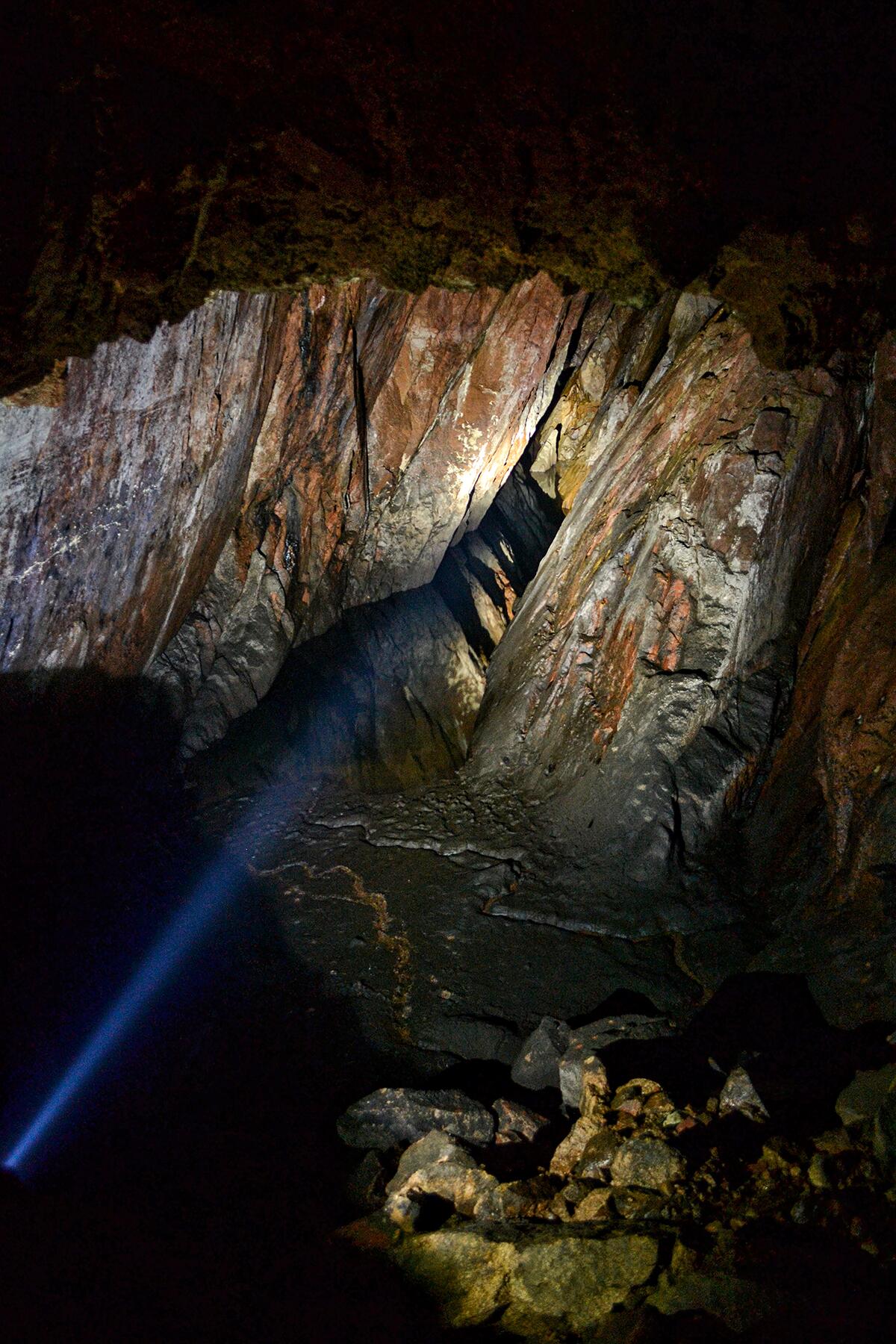 This underground lake is different from the rest, as it is a lake underneath…another lake. On Owey Island, a regular lake is a source of water for the village nearby. And underneath that lake (by about 160 feet) is another lake, which can be accessed by squeezing into a sinkhole and climbing down. This lower lake is 500 feet long and, should you choose to travel it, know that it will be in complete darkness (though the beach of the lake is surrounded by bioluminescence). 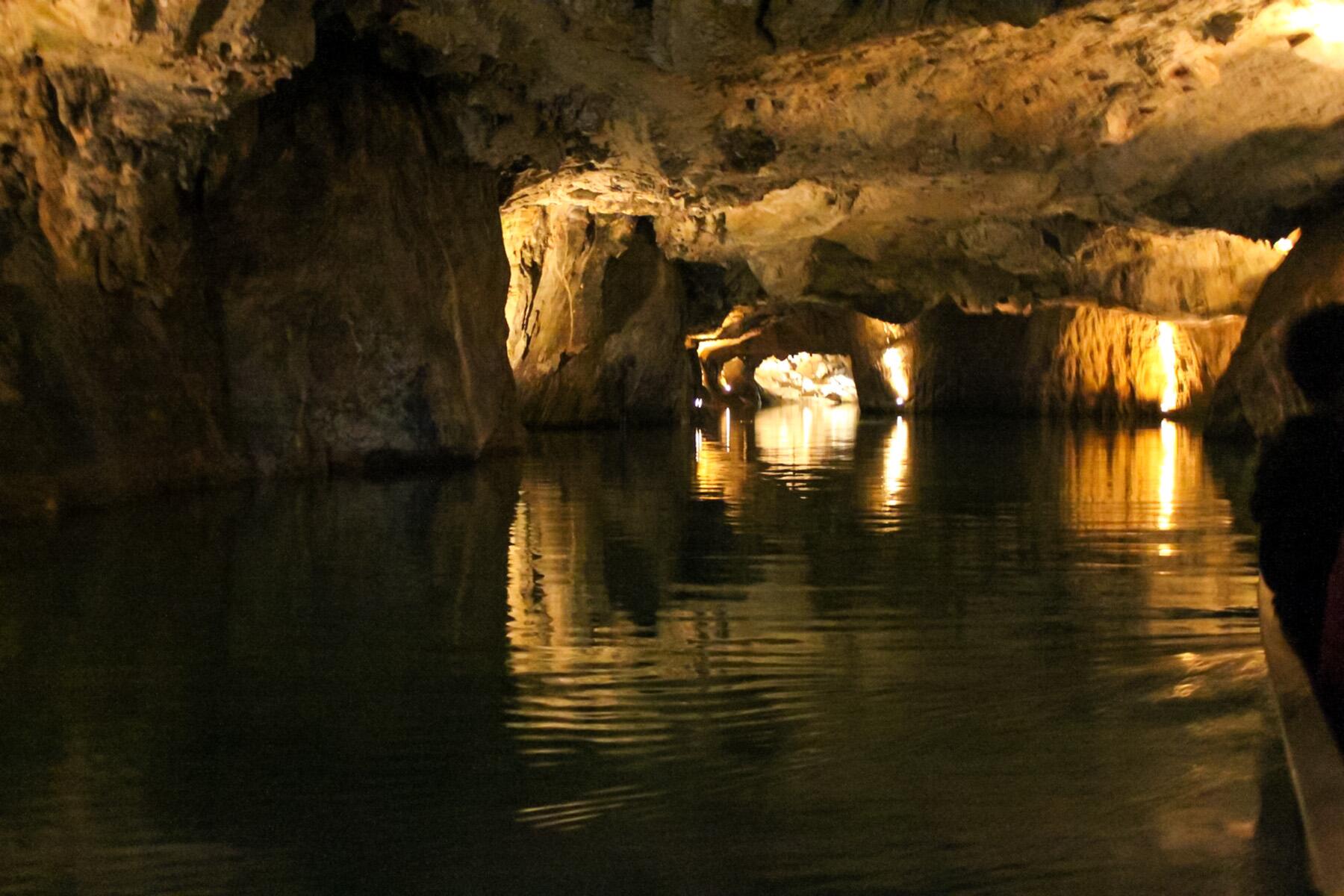 St. Leonard Lake is around 1,00 feet, making it the biggest subterranean lake in Europe. It is easily accessible to tourists, and has been since 1949–boat rides take tourists through the grotto, with guides telling the history of the cavern. You can even rent out the grotto for special occasions, should you want to. 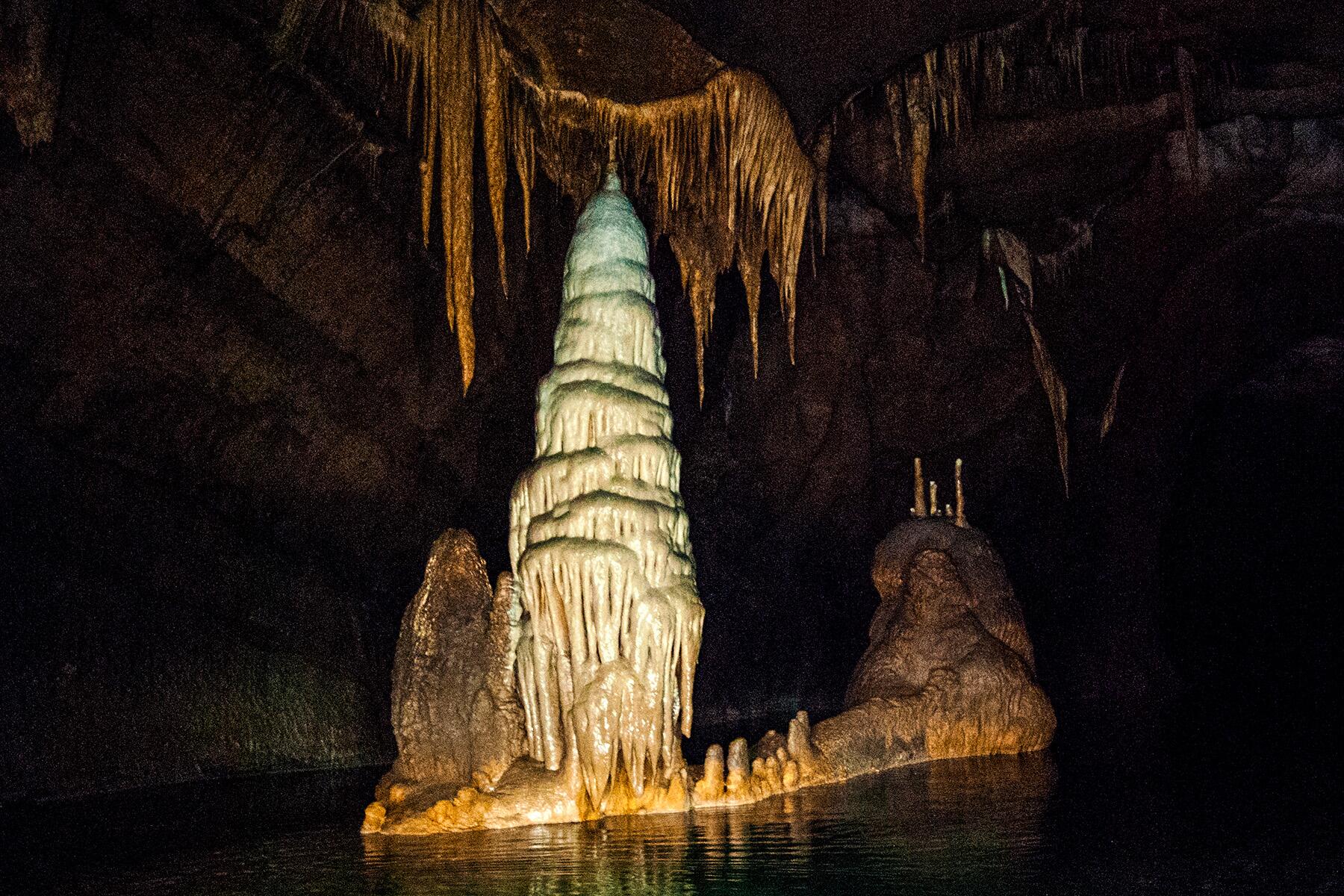 Another cave that is very tourist-friendly, Krizna Cave hosts short boat ride tours as well as more intricate, longer tours for those who’d like an extensive look into the caverns. It is the sole tourist cave in Slovenia. And in these karst caves, you’ll find 22 different lakes, up to 25 feet deep. There is also a water cave, where water flows through lakes and dams, sometimes disappearing completely for a bit and popping up in different parts of the cave, then reappearing later.