There are some places where you might believe we are already living in the world of Blade Runner.

The much-anticipated sequel to Blade Runner will arrive in movie theaters on October 6 this year, which means there is no better time to renew your acquaintance with this classic 1982 neo-noir movie.

While our world of 2017 is still a long way from the Los Angeles of 2019 depicted in the movie—think flying cars, synthetic humans named replicants, and off-world colonies—there are a few places around the world where the movie’s futuristic vision doesn’t seem quite so far-fetched. Visit the following places to get the sense that we may already be living in Blade Runner’s world. 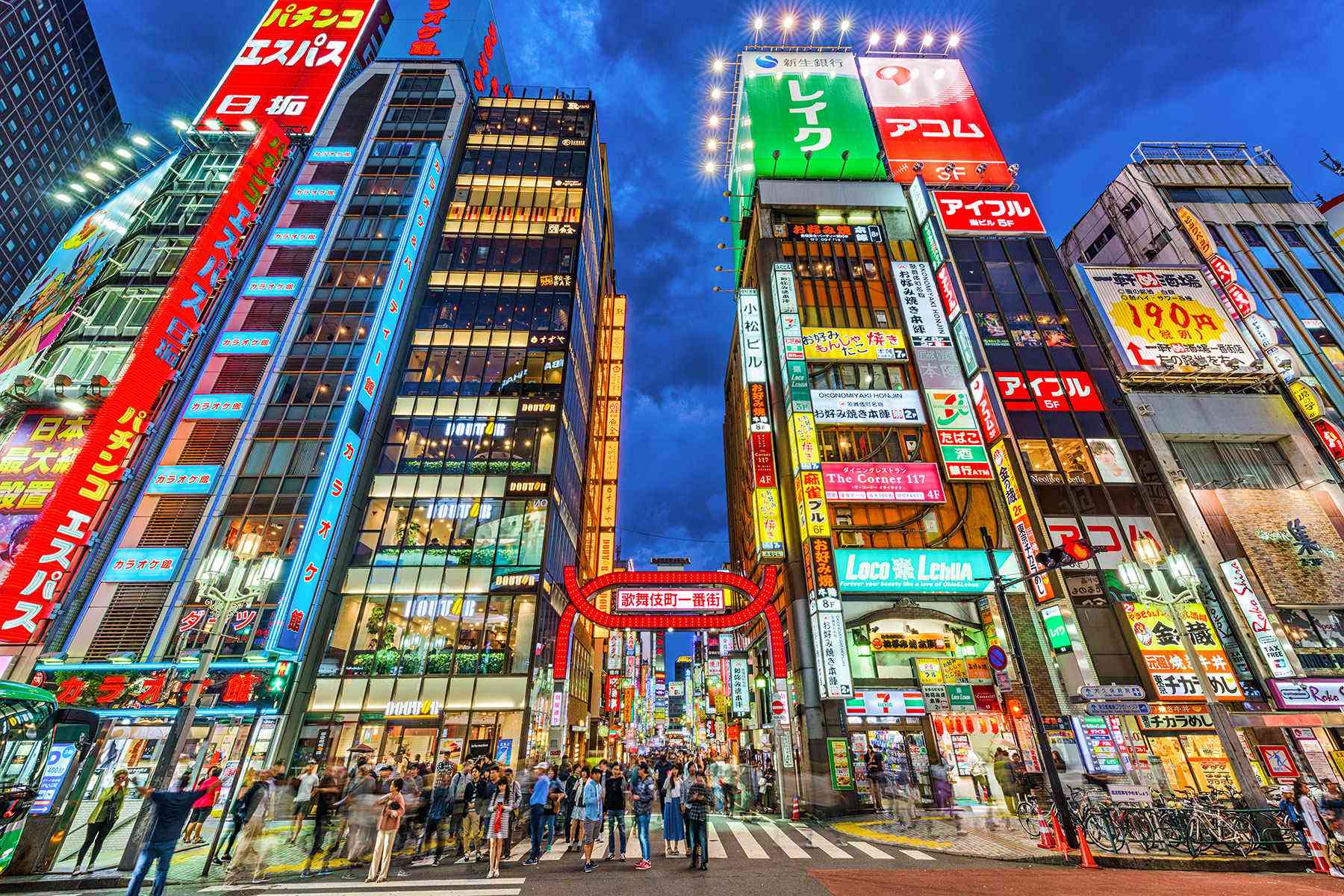 The wall-to-wall neon lights and atmospheric, crowded little alleyways of Tokyo’s Shinjuku municipality are enough to put a Blade Runner fan in mind of any number of the movie’s scenes. It is Shinjuku’s Kabukicho district, however, that is said to have specifically inspired much of Blade Runner’s set design. This notorious red light district burns brightly with colorful neon signs beckoning the curious into its dozens of nightclubs, hostess bars, massage parlors, and the kinds of clubs at which the ill-fated replicant/exotic dancer Zhora worked. 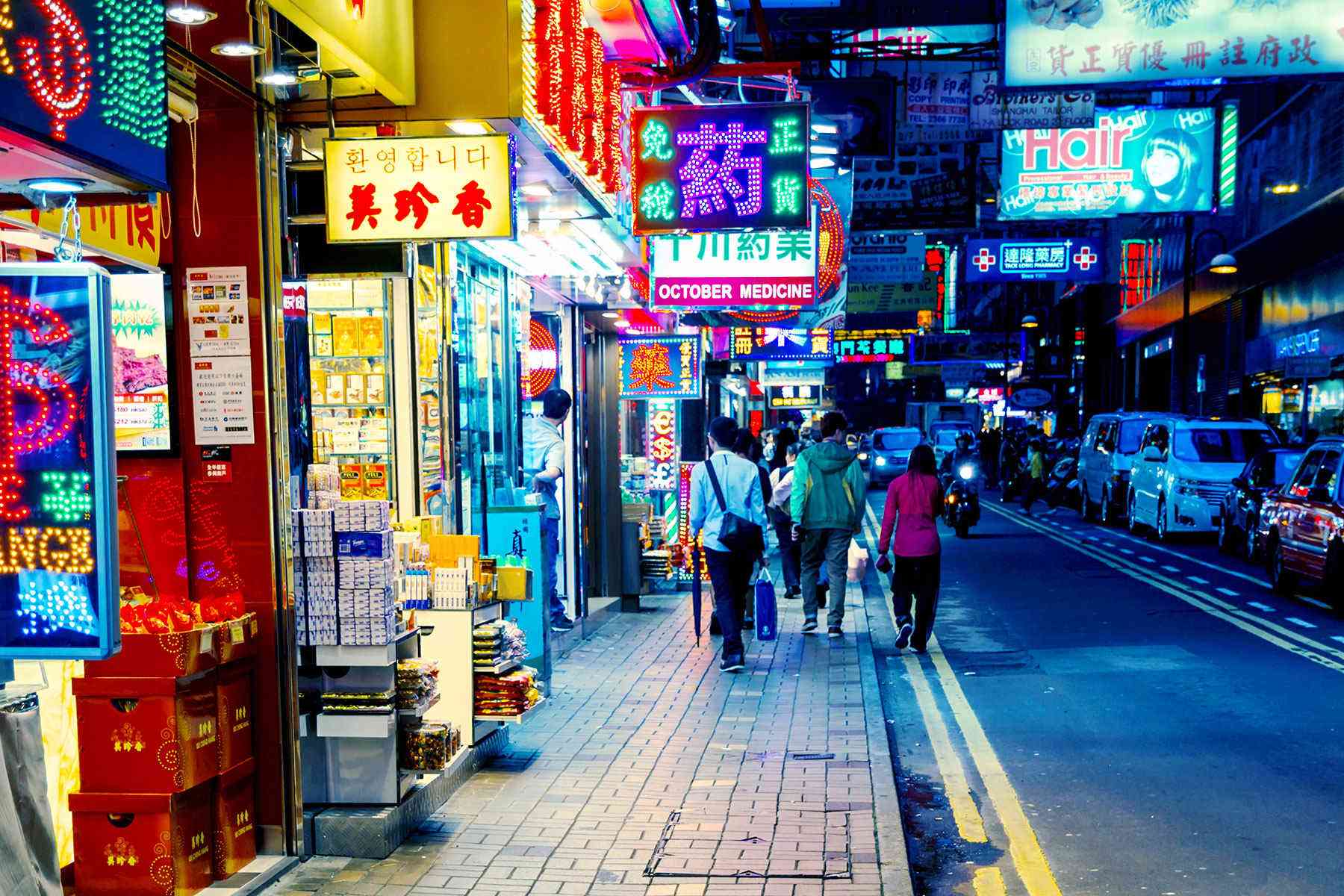 In Blade Runner’s opening scene, four characters talk to one another in Japanese, English, and Korean, while one character, Gaff, moves between French, Hungarian, and German in a single sentence. In the original release, Deckard explains in a voiceover that such “gibberish” was known as “city-speak, guttertalk.” Languages similarly collide—to a lesser extent—in the kaleidoscopic, neon-washed melting pot of Hong Kok’s Mong Kok district, where, among Cantonese and English, you might hear snippets of a unique dialect created by the area’s underground subcultures. That’s not the movie’s only connection to Hong Kong. In an interview with the New York Times, Ridley Scott said: “I wanted to film Blade Runner in Hong Kong, but couldn’t afford to.” 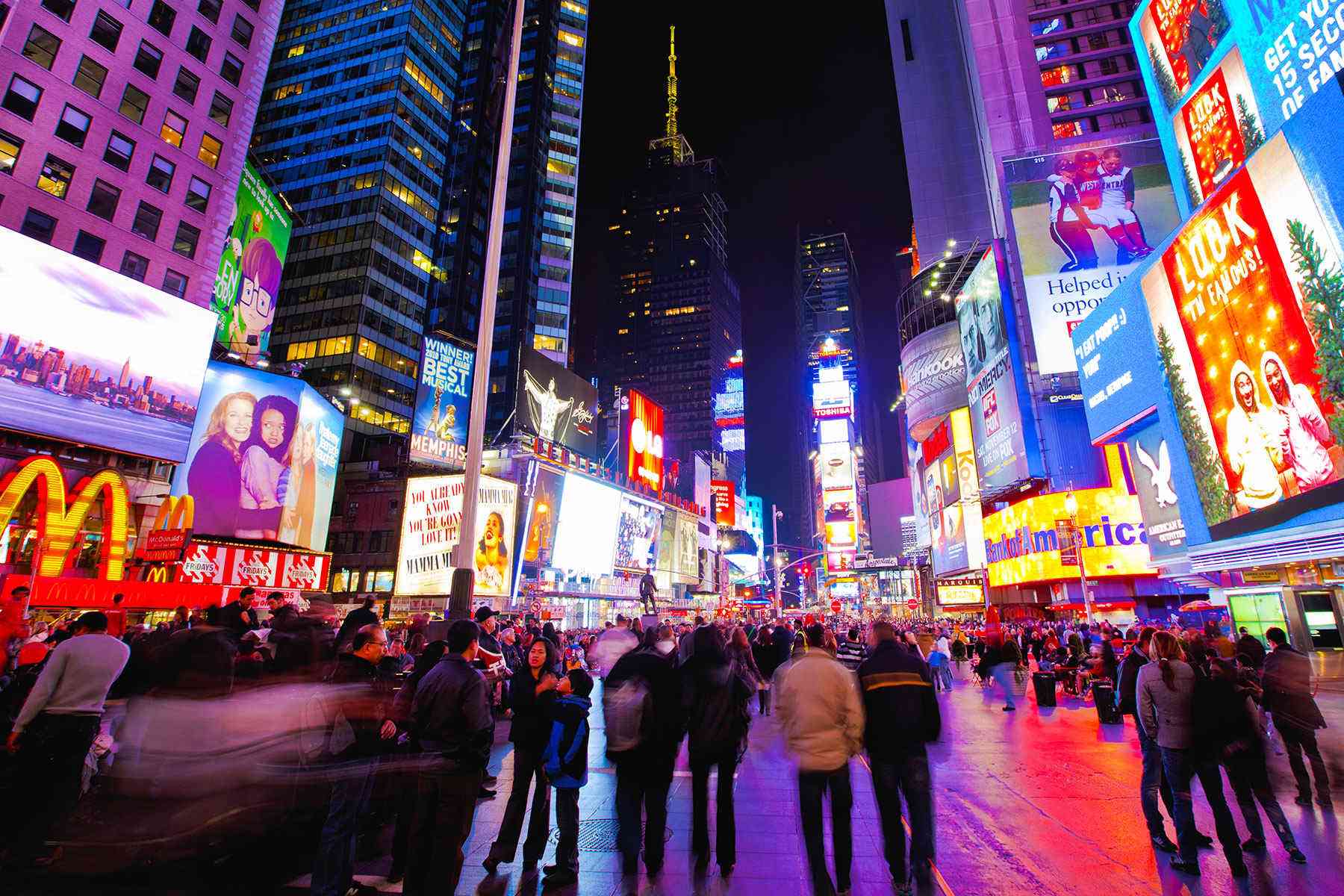 The skies of Blade Runner are lit up with corporate slogans and flashing billboards. Not entirely unlike Times Square, where, depending upon your personal tastes and tolerance levels, the crush of advertising can create an oppressive atmosphere quite like that of the movie. In 2014, Times Square switched on the world’s largest digital billboard—at eight stories high, not quite as imposing as the movie’s iconic sky scraping image of a geisha swallowing a pill, but close. Nevertheless, potential advertisers may want to consider the cautionary tale of the curse of Blade Runner, a theory speculating that the movie was a curse to the companies, including Pan Am and Atari, whose logos were prominently featured in some scenes. 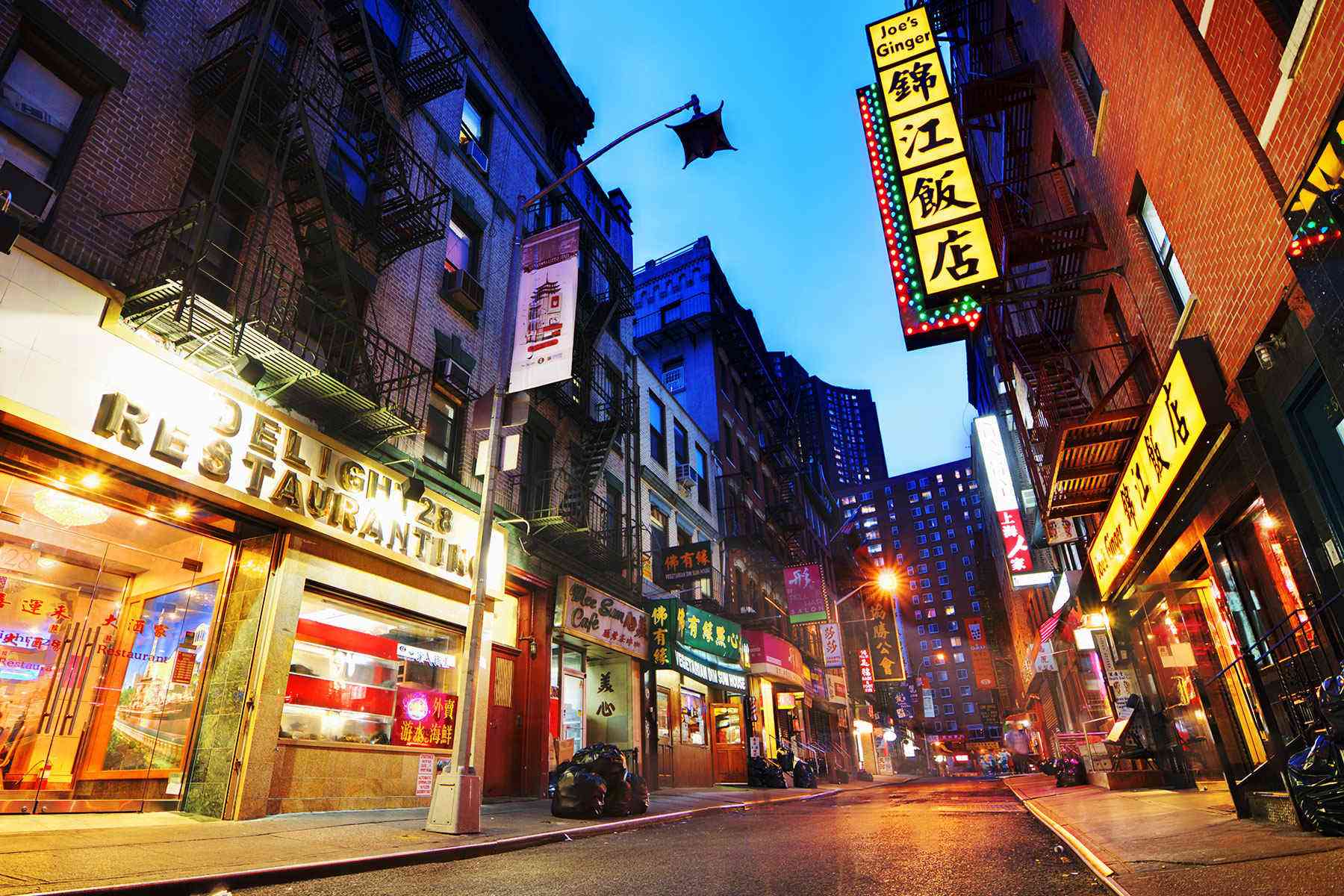 Elsewhere in Manhattan, the steamed-up restaurant windows, neon advertisements, and densely packed buildings of New York City’s Chinatown district would fit quite nicely into Blade Runner, especially the early food market scene. The fashion designer Raf Simons seems to agree: he recently put on a Blade Runner-themed show there, at the base of the Manhattan Bridge, complete with models carrying plastic umbrellas as a nod to that very scene, which was set in the torrential downpour that soaks much of the movie. 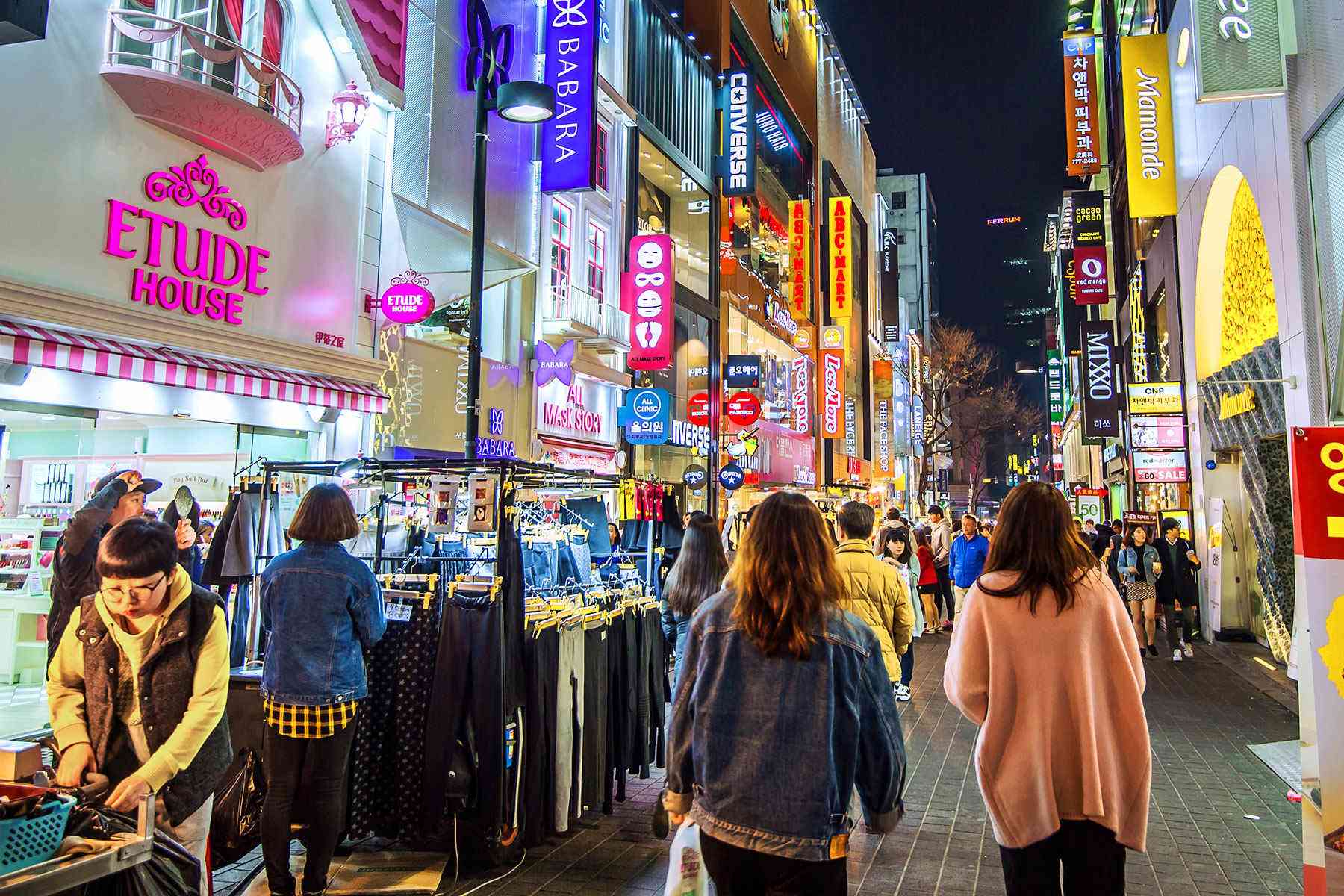 If you are hunting for the quintessential Blade Runner-esque noodle bar in which to relive that pivotal early scene, you could do worse than to visit Seoul’s off-the-beaten track Heukseok Market. There, amongst the crowded vendors’ stalls, you’ll easily find a matjip, or “delicious place,” from where to order, like Rick Deckard, four of something with noodles on the side. Unlike in the movie, the proprietor is unlikely to tell you that you can only eat two. 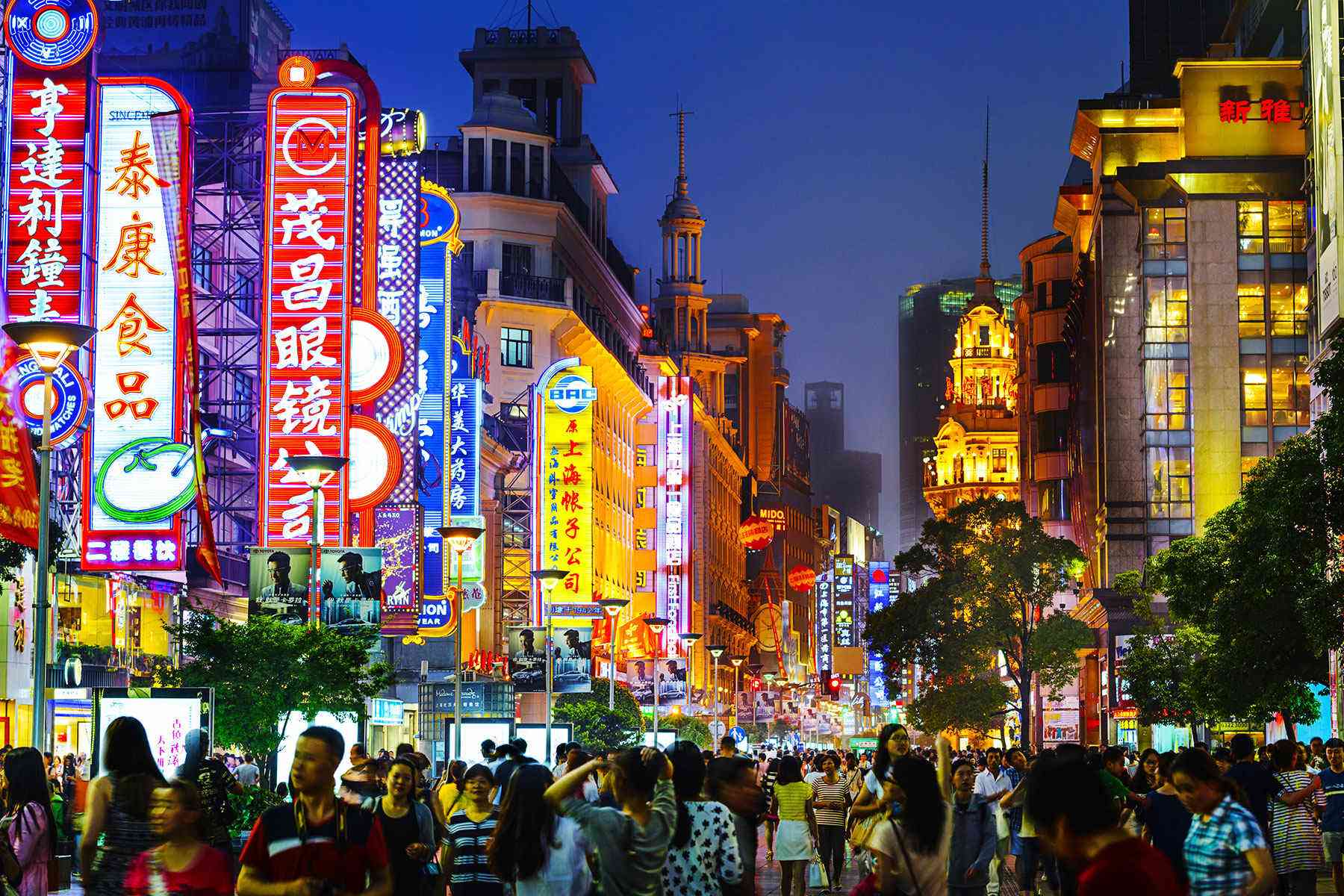 Really, any neon-saturated district can provide a convincing stand in for many of the movie’s sets, but the pedestrianized shopping district of Shanghai’s Nanjing Road is one of the most convincing. Wall-to-wall neon runs much of the 3.4-mile length of Shanghai’s main shopping street, one of the busiest in the world. Hundreds of shops are crowded onto the road and, in true future dystopian fashion, slightly unnerving electronic voices ring out from many. 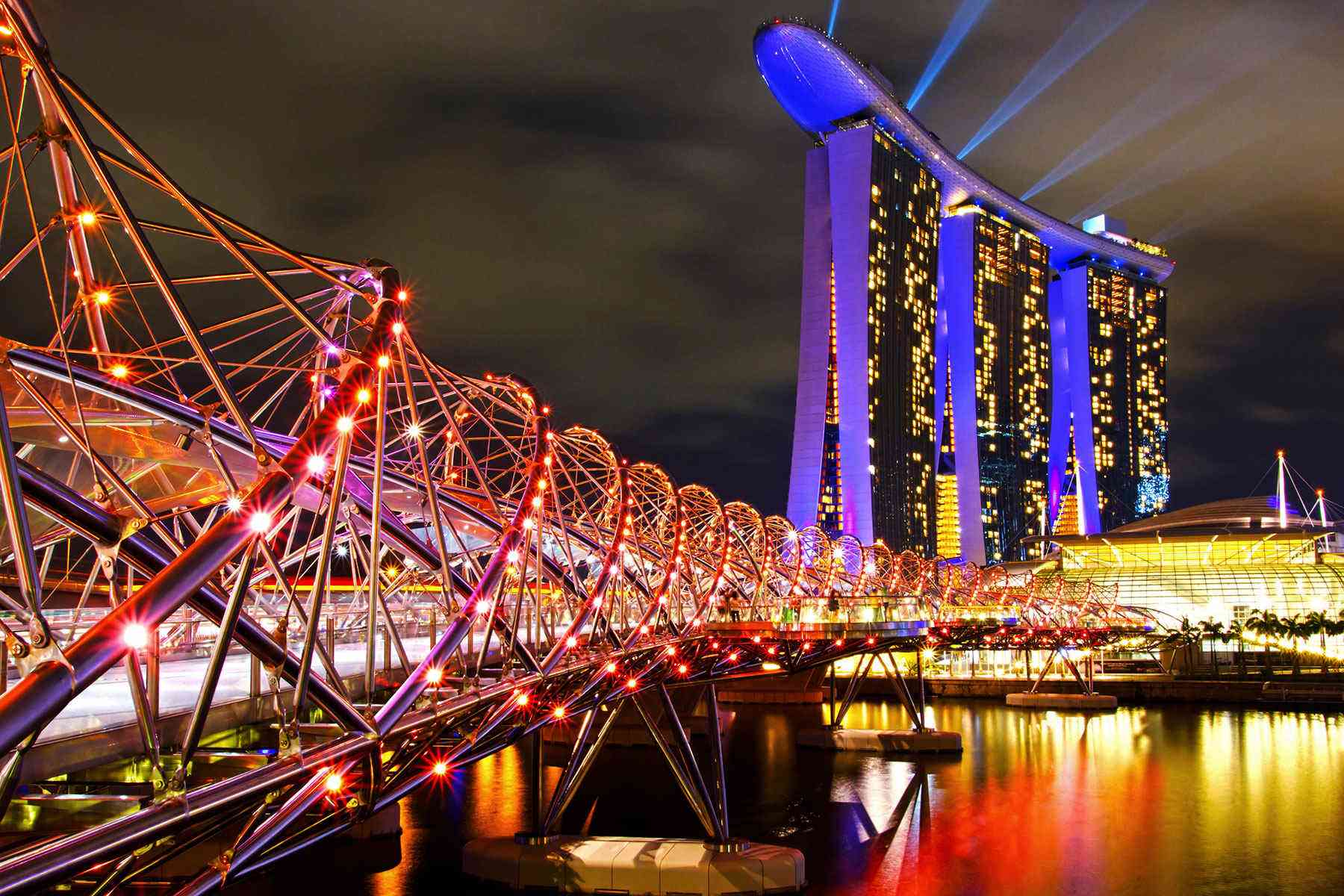 If it’s simply a glimpse into the future you are looking for, Marina Bay Sands wouldn’t look out of place in the dystopian world conjured up by Blade Runner. The complex’ three structures tower over the city, like a malevolent android, housing a mall and casino and topped by a three-acre SkyPark containing gardens and the world’s largest rooftop infinity pool. This is the peak of futuristic decadence. 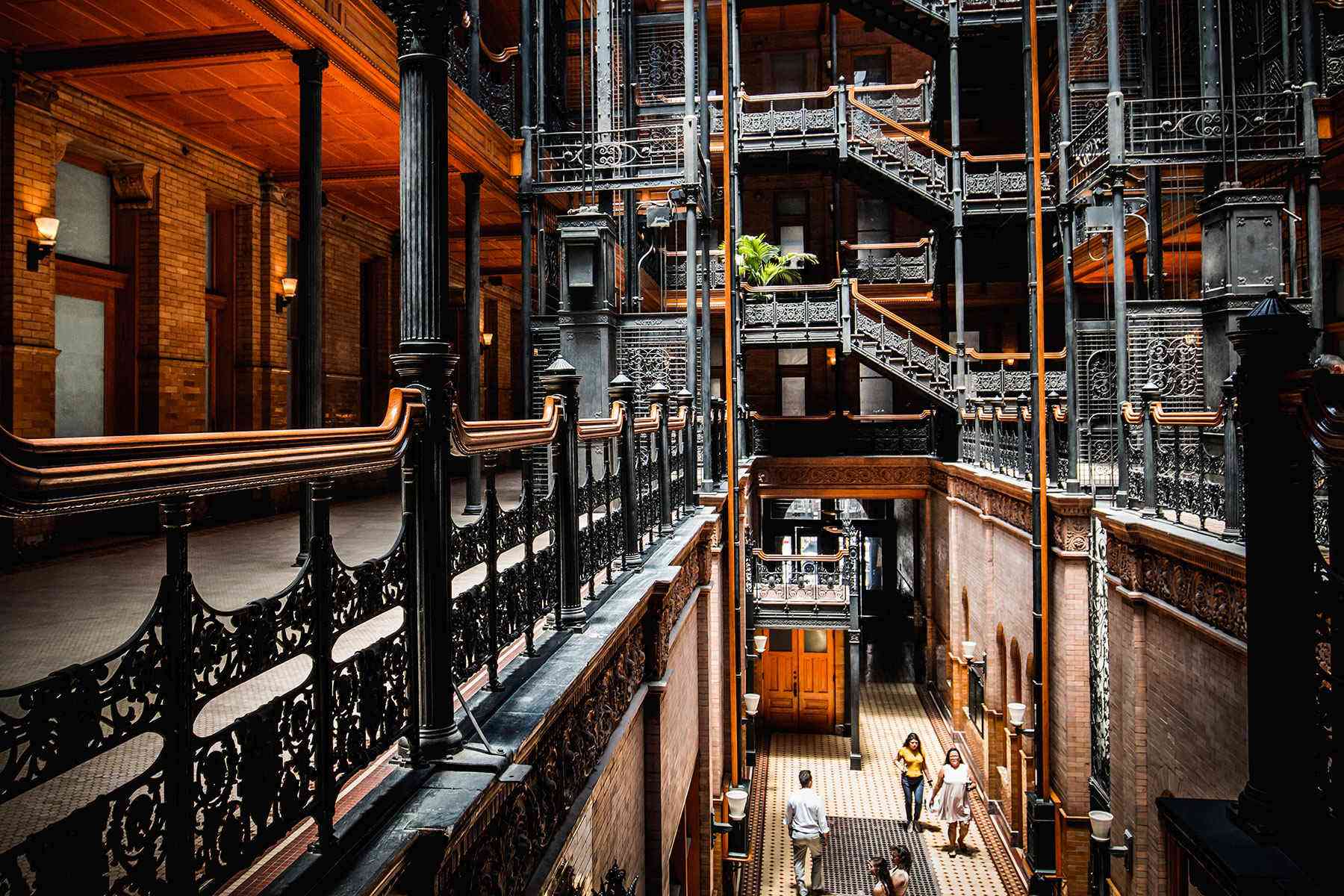 Blade Runner unambiguously tips its hat to the classic LA noir films of the 1940s, so we’d be remiss to leave the City of Angels off the list. The dark, smoky, torrential rain-drenched Los Angeles of the movie is a far cry from its sunny contemporary reality, but there are some filming locations that are open to the public. The Bradbury Building —a National Historic Landmark—served as J.F Sebastian’s apartment and, most memorably, was the setting of the climatic rooftop scene. 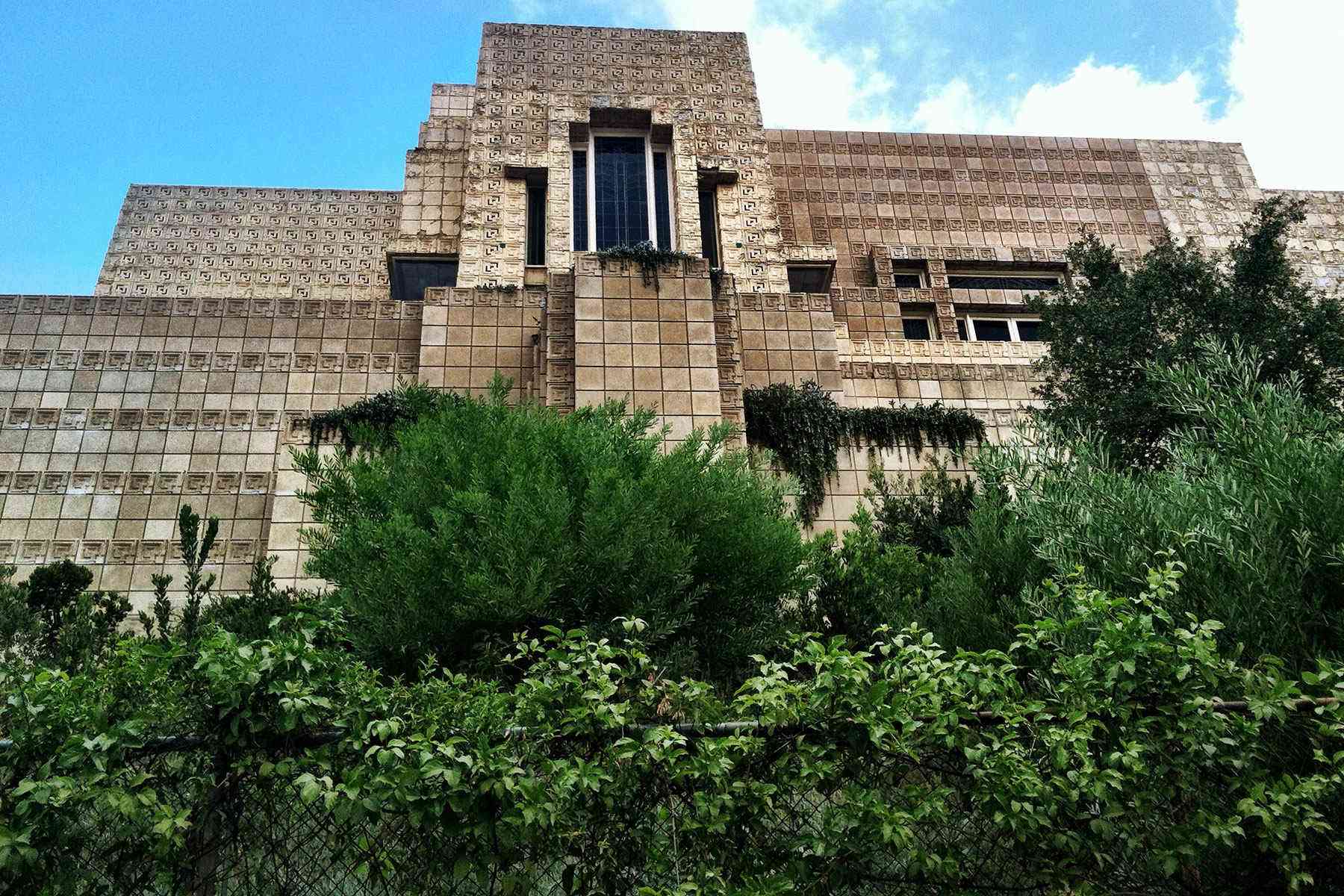 Find Deckard’s home in the rolling hills of Los Angeles’ Los Feliz neighborhood. Frank Lloyd Wright based his design for Ennis House on ancient Mayan temples and it is listed on the National Register of Historic Places. Despite its historic and pop cultural significance, the house suffered structural damage from an earthquake and heavy rains over the years. Recent renovations have stabilized the building, though, and the conditions of its private sale in 2011 mean that it is open to the public 12 days a year.

You’ll have to wait until 2019 at the earliest to dine at Anthony Bourdain’s much-anticipated, though long-delayed, food market at NYC’s Pier 57. Word has it that Bourdain Market will be inspired by the street hawker markets of Singapore and filled with Bourdain’s personal favorite vendors from around the world. The chef and TV personality also seems to be a Blade Runner fan, having told the New Yorker that he wants the market to evoke the movie, describing it as “high-end retail as grungy, polyglot dystopia.”