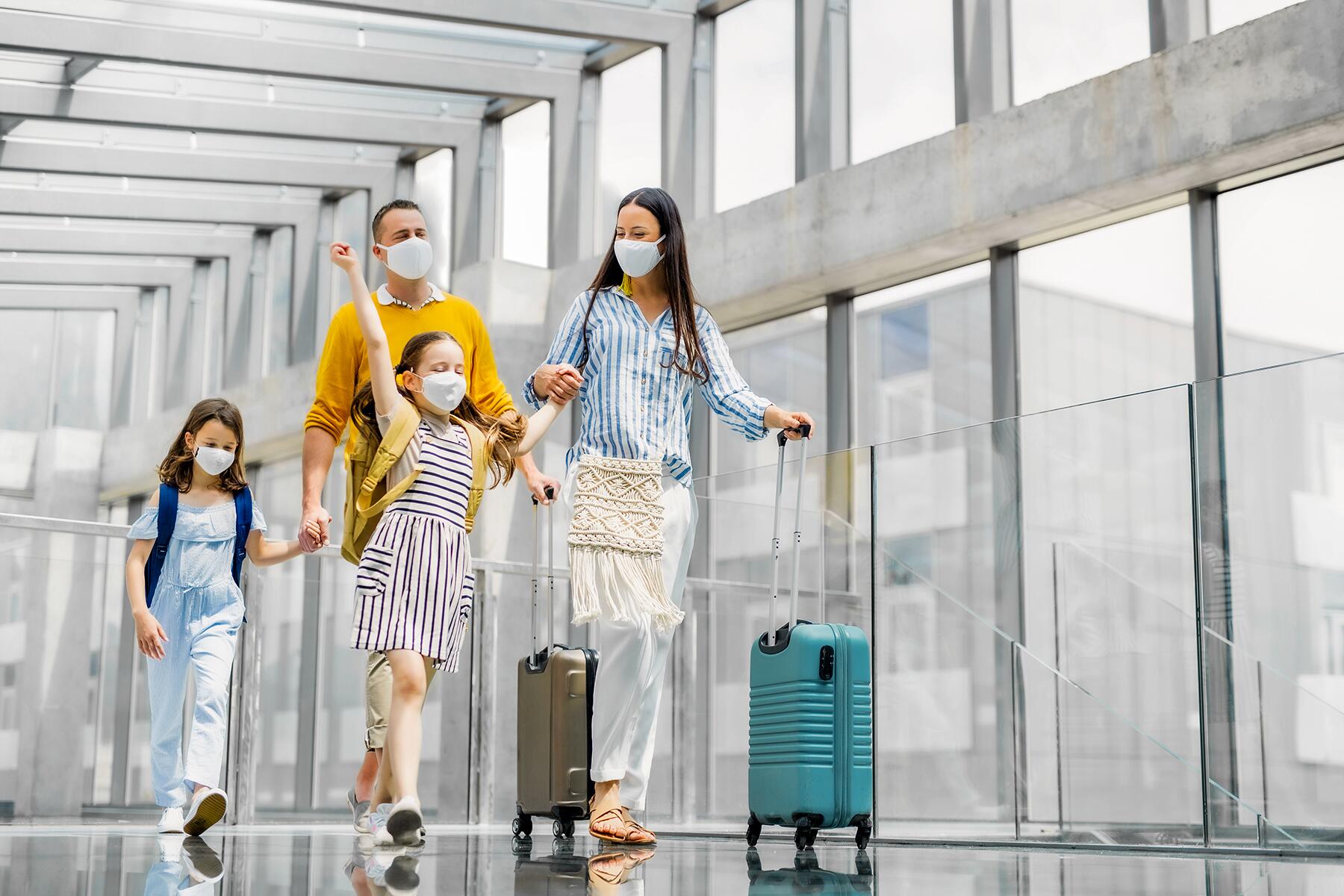 There’s so much magic to look forward to, from new hotels to eats to coasters.

Disney Parks went from bad to worse in 2020. And 2021 still looks bleak for the company, as half of Disney’s theme parks around the world are currently shuttered. But as Walt Disney World’s recent marketing campaign reminds us: “There’s a great big beautiful tomorrow.”

Parks may be closed or modified, but that hasn’t stopped Imagineers (Disney engineers, architects, and artists) from pushing ahead and bringing new experiences to life. Here are all of the attractions, rides, eats, and hotels coming to Disney Parks, from brand-new coasters in Orlando to the most beautiful fairy tale land in Tokyo to a robot that flies in Anaheim.

The new year will see the return of park hopper tickets on January 1, the reopening of Blizzard Beach water park on March 7, and Disney World’s 50th anniversary on October 1. Technically, the only park celebrating the big 5-0 is Magic Kingdom, as that was Disney World in 1971, but the park’s highly-anticipated new coaster might not be ready for the celebration. TRON: Lightcyle / Run was originally scheduled “in time for the 50th anniversary,” but the lightcycles were left out of Disney’s updates at the 2020 International Association of Amusement Parks and Attractions (IAAPA) Expo.

EPCOT has the most updates as the park was already underway with a total overhaul before the pandemic. The front half of the park is largely reimagined with new lands and tons of new attractions, from a space station-themed restaurant to a Guardians of the Galaxy-themed coaster. Guardians of the Galaxy: Cosmic Rewind will be one of the longest indoor coasters in the world and will feature a reverse launch. On the other side of the park, the France pavilion in World Showcase is getting a major expansion with a new creperie and Remy’s Ratatouille Adventure. And barges are already being installed in the World Showcase lagoon for the new nighttime fireworks show, Harmonious.

Among Disney World’s 25+ hotels, Disney’s Wilderness Lodge will reopen in 2021 and Disney’s Polynesian Resort is expected to complete renovations. But the most coveted room reservation will be aboard the Star Wars: Galactic Starcruiser, a brand-new, two-day experience far more immersive than any themed hotel.

Disney Springs is getting some sweet additions, from Everglazed Donuts & Cold Brew to a flagship Gideon’s Bakehouse. The Florida bakery is famous for its dense, doughy cookies that weigh half a pound each. Besides new eats, the show Drawn to Life is expected to finally debut in 2021 after delays amid the pandemic. This new Cirque du Soleil show is a collaboration with Walt Disney Animation Studios and Walt Disney Imagineering and it is absolutely stunning, from the artists to the music to the set design

Avengers Campus was supposed to open in Disney California Adventure in 2020, but, due to the closures, the date is back up in the air. The new Marvel land will include subtle gems, from giant pretzels at Pym Test Kitchen to ancient ruins of a Mystic Arts sanctum. But the real stars are the Avengers, who have an official headquarters—complete with Quinjet!—on display, as well as a new Spider-Man ride and stunttronic. The new animatronic will fly, flip, and soar to give the impression of Spider-Man swinging overhead.

Over at Disneyland Park, plans are underway to add Mickey and Minnie’s Runaway Railway to Toontown. The attraction will be a copy of the ride currently open at Disney’s Hollywood Studios in Orlando. But the most exciting offering in the works is a new, unnamed Disney Vacation Club hotel.

Though currently closed, work is still underway at Disney’s Hotel New York. The Art Deco resort has been reimagined as Disney’s Hotel New York – The Art of Marvel and will feature one of the largest collections of Marvel art in the world. And there’s more Marvel magic on the way as a second Avengers Campus will open at Walt Disney Studios Park. Additionally, the park’s tram tour will reopen in 2021 as a Cars-themed journey down Route 66.

As part of a massive expansion in Tokyo DisneySea, construction is already underway for an eighth “port” in the water-themed park. Fantasy Springs is inspired by magical waters and will include characters from Frozen, Tangled, and Peter Pan in addition to a hotel inside the park overlooking the land. The concept art alone is like an enchanting ASMR video.

Tokyo Disneyland Park rolled out several magical additions in September 2020 that will feel brand-new when international travel is permitted. Fantasyland now features Belle’s village from Beauty and the Beast as well as the brand-new ride Enchanted Tale of Beauty and the Beast. Tomorrowland now includes the first-ever Big Hero Six-inspired ride. And over in Toontown, you can peek inside Minnie Mouse’s fashion atelier at the new Minnie’s Style Studio.

The pandemic and the current park closure dampened Hong Kong Disneyland’s 15th anniversary, but Imagineers were still able to roll out an incredible makeover for the park’s signature landmark. The Sleeping Beauty Castle has been reimagined as Castle of Magic Dreams. For the first time in Disney history, a castle isn’t inspired by one princess but 13. It’s a gorgeous menagerie of diverse symbolism and architecture. While technically it’s not new for 2021, it feels new, as most park-goers haven’t been able to visit this year.

The newest Disney park is adding an eighth themed land and it’s all about Zootopia. This will be the first-ever Zootopia-themed attraction or land at any Disney park. Though Disney did give a construction update at the 2020 IAAPA Expo as part of its 2021 updates, an official opening date has not been announced.

Like other cruise lines, Disney Cruise Line is one big TBD, with suspensions on all sailings extended to February 28, 2021. And per the CDC’s pandemic order, most cruises longer than seven nights have been put on hold. But despite the unknowns, select bookings for 2021 and 2022 are available, and there’s a lot of maritime magic to look forward to. Disney Imagineers have still been working on the brand-new Disney Wish.

The fifth ship in the Disney fleet sets sail in 2022 and the design is inspired by classic fairy tales. Imagineer Laura Cabo described the ship as a “castle on the seas” with a Cinderella statue in the grand lobby and Rapunzel gracing the stern.

Adventures by Disney, the travel company within Disney’s out-of-the-parks vacation experiences, had big plans for 2021 with tons of new European river cruises. But with borders closed and travel concerns, such as the safety of air and bus travel, crowded indoor attractions, and exposure within a group of strangers, ABD had to get creative. One new option is Private Adventures. These tours feature the same great destinations as standard tours, but, instead of groups, you and your party (up to 12 people) have a private guide and private transportation. And, unlike standard ABD groups, Private Adventures don’t have a minimum age requirement.

Getting excited about a Disney vacation feels surreal after nearly a year of closures, reopenings, re-closures, modified experiences, new policies, the ethics of leisure travel in a pandemic, canceled cruises, canceled hotel reservations, company-wide layoffs, the creation of food banks for those laid off, and reports on social media from Cast Members (Disney park employees) of COVID-19 exposure. Despite Disney’s best intentions to create a safe, socially-distanced environment, it’s not airtight. And a pandemic park isn’t magical. But 2021 means hope. Vaccines are on the way, restrictions will ease, and 2020 will fade. There is a great big beautiful tomorrow, and these new attractions will help bring back the magic.