Rooftop bars, breath-taking views, penthouse accommodations—we hear a lot about what guests can experience from the top of a hotel. But what about below ground where there is no view? What makes it worth descending into the subterranean? From Incan ruins to  a 21st century bowling alley, you’ll want to discover what lies beneath these properties.—Jan Schroder 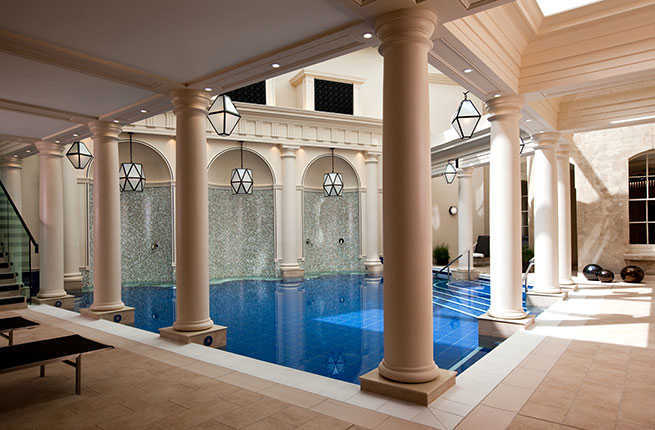 Bath, England, was developed by the Romans in the 1st century as a place to enjoy natural warm springs. Visitors still flock to this UNESCO World Heritage site to bathe in the warm hot spring-fed waters.

While the springs that feed the Spa Village Bath in the basement of The Gainsborough Bath Spa may be from those same ancient springs enjoyed by the Romans, everything else about this spa reflects its contemporary décor. Guests here can don their hotel bathrobes and “take the waters” by descending to the lower level. The glass atrium lets in natural light for the three therapeutic pools surrounded by tiles and columns reminiscent of the ancient Romans. 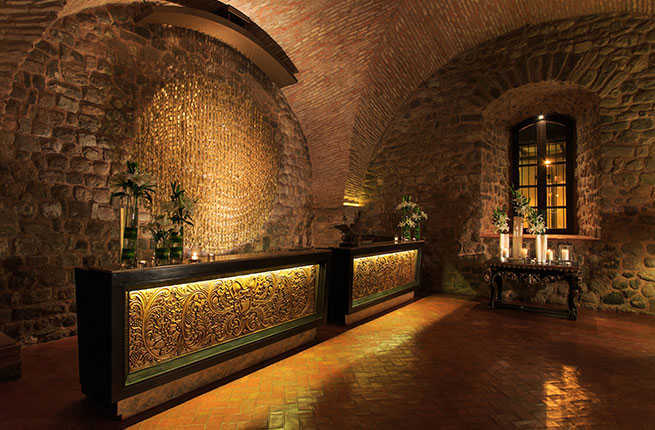 While JW Marriott El Convento Cusco is only five years old, the history of the property dates back thousands of years. Construction of the hotel included carefully uncovering and restoring the remains of a 16th-century San Agustin convent that had been built on top of Incan ruins. Fast-forward a few centuries, add damage from coups and earthquakes, and the property was in ruins until its purchase in 2006.

The subterranean level of the hotel now houses two exhibition rooms with ancient Peruvian artifacts, some predating the Incas. Guests can take the stairs or elevator and explore the area any time or take a tour offered daily at 6:00 p.m. for guests and visitors. 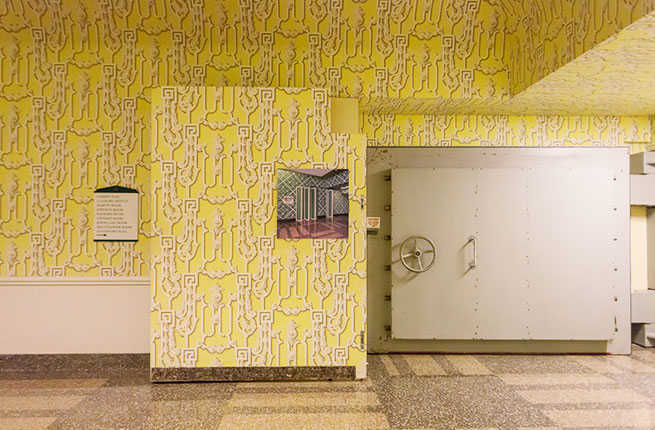 During the Cold War, this 11,000-acre National Historic Landmark resort in the mountains of West Virginia had a big secret. Buried 720 feet into the hillside and hidden under one of its wings was a 112,000-square-foot bunker designed to hide the 435 members of the U.S. Senate and House (along with staff and security) in the event of a national emergency.

Construction on the top-secret 153-room facility was completed in 1961 and kept in a state of readiness and full secrecy for 30 years. Its location was revealed by a story in The Washington Post and has since been decommissioned and declassified.

The Greenbrier offers Bunker Tours to guests age 10 and over. 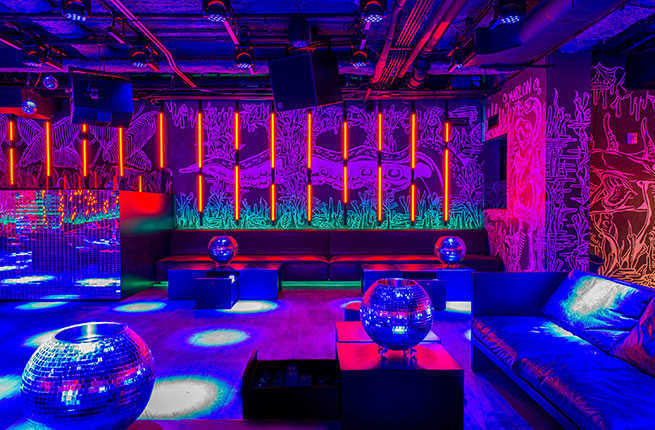 Strap on those ice skates for a tour around the rink, try your hand at scoring a strike, or take in the tunes at the nightclub—all housed in BASEMENT at The Miami Beach Edition. The lighting, done by Patrick Woodroffe, light specialist for artists like Lady Gaga and Beyoncé, is the star of all three spaces: LED screen displays in the four-lane bowling alley include interactive lighting that synchronizes with the bowler’s movement. Even the bowling balls are luminescent.

Skaters on the 2,000-square-foot rink glide along to the ever-changing colors of a light show while the “micro-club” is inspired by the world-famous, celebrity-packed iconic 1970’s nightclub, Studio 54. 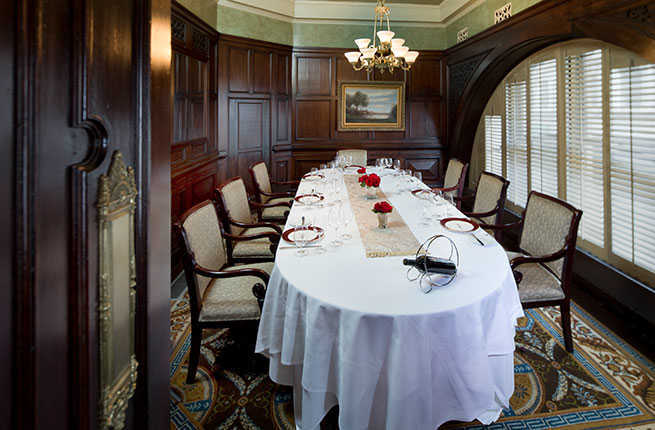 The ledger of VIPS at  The Seelbach Hilton is a thick one—many presidents and celebrities have paced the marble floors of the magnificent lobby of this historic hotel in Louisville, opened in 1905. F. Scott Fitzgerald frequented the hotel, and used a similar one as the setting for Tom and Daisy Buchanan’s wedding in The Great Gatsby.

In addition to those distinguished guests, notorious gangsters including Lucky Luciano, Dutch Schultz and the legendary Al Capone, also visited. But they didn’t exit through the front door. When police threatened to raid their illegal alcohol-fueled poker games, they darted in the kitchen, which connected to secret tunnels that led outside.

These days, guests leave the usual way as the tunnels have been boarded over and are no longer in use even for law-abiding citizens. However, you can dine in a small alcove in The Oakroom where Capone played cards. 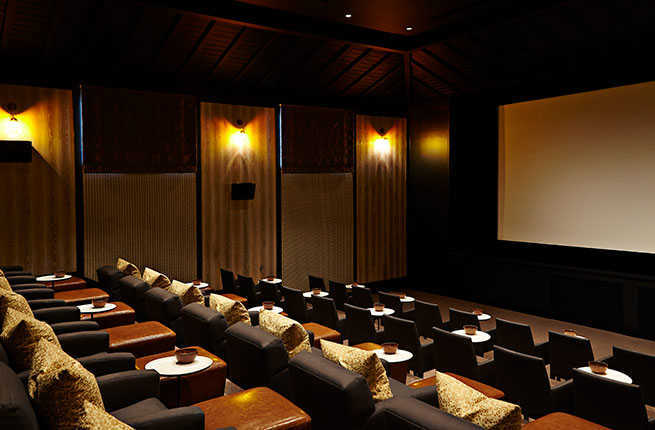 When the sun sets over Nassau, guests at The Island House can retreat to the basement to relax in cushy lounge chairs and put their feet up on ottomans to take in a movie in the 48-seat cinema. Figures will loom large on the 24-foot screen, with a state-of-the-art sound system. Features include art house classics, current blockbusters, and documentaries. The space is available for private screenings as well.

Insider Tip: The hotel hosts an annual film festival in January that focuses on films and filmmakers from the Caribbean region. 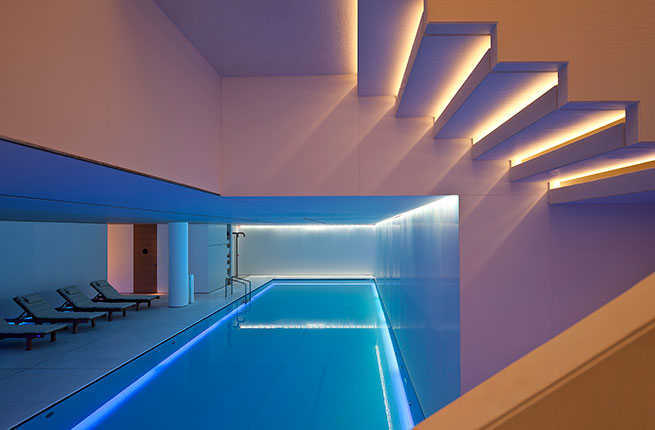 Despite a name that means “upper sky” or ethereal space, The Akasha Holistic Wellbeing Center is in the subterranean level of the Conservatorium Hotel. The space is divided into four areas, each reflecting one of nature’s elements: fire, air, earth and water. There’s yoga, mediation, and pilates classes, along with a gym and an organic juice bar.

There’s also a private Watsu pool for a therapy in warm water, a Hamman, a sauna, and a lap pool. Hotel guests get complimentary access, while visitors can pay a day rate. 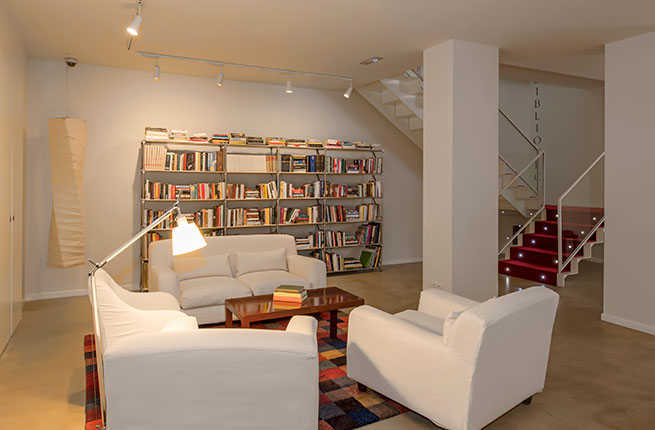 It’s in the name; it’s all about the letters and literature at IBEROSTAR Las Letras Gran Via, which collaborates with publishers and cultural festivals on several literature-themed events. Local artists and writers have their own version of the Algonquin Round Table at Bocablo, the hotel’s café, and the rooms contain quotes from famous writers and poets.

It’s fitting that the basement has a well-stocked, well-lit library with a comfortable seating area where guests can lose themselves in literature, or take a book back to their room. The majority of books are in Spanish with classics in other languages.