The South Africa tourism board has partnered with Citi Bike to create interactive stations all over the city.

In Tribeca, there’s a new piece of eye-catching street art—emphasis on street. The new mural, painted by Imani Shanklin-Roberts in tribute to South African artist Esther Mahlangu, is a colorful patchwork painted directly on the street at the corner of West Broadway and Franklin Street. 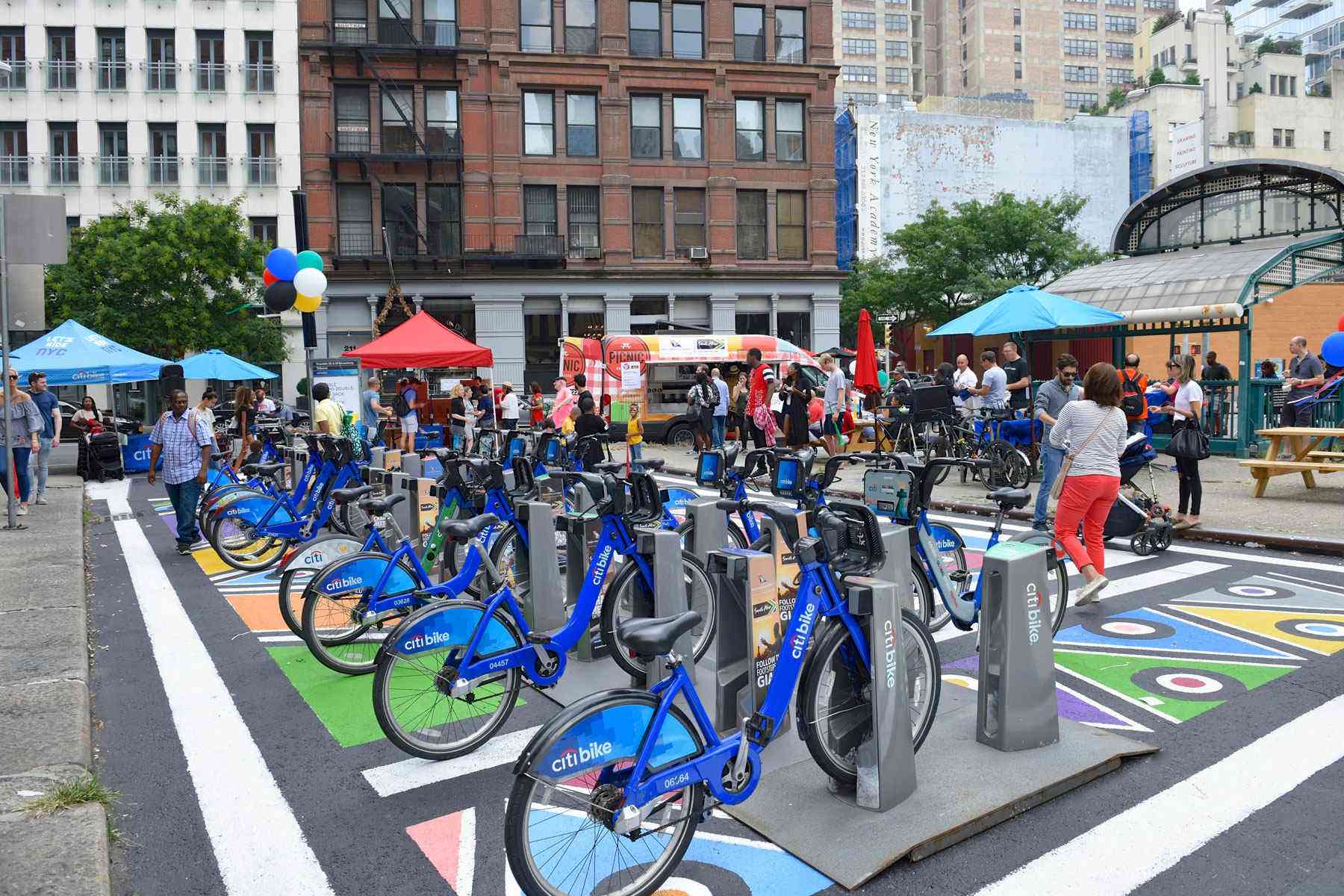 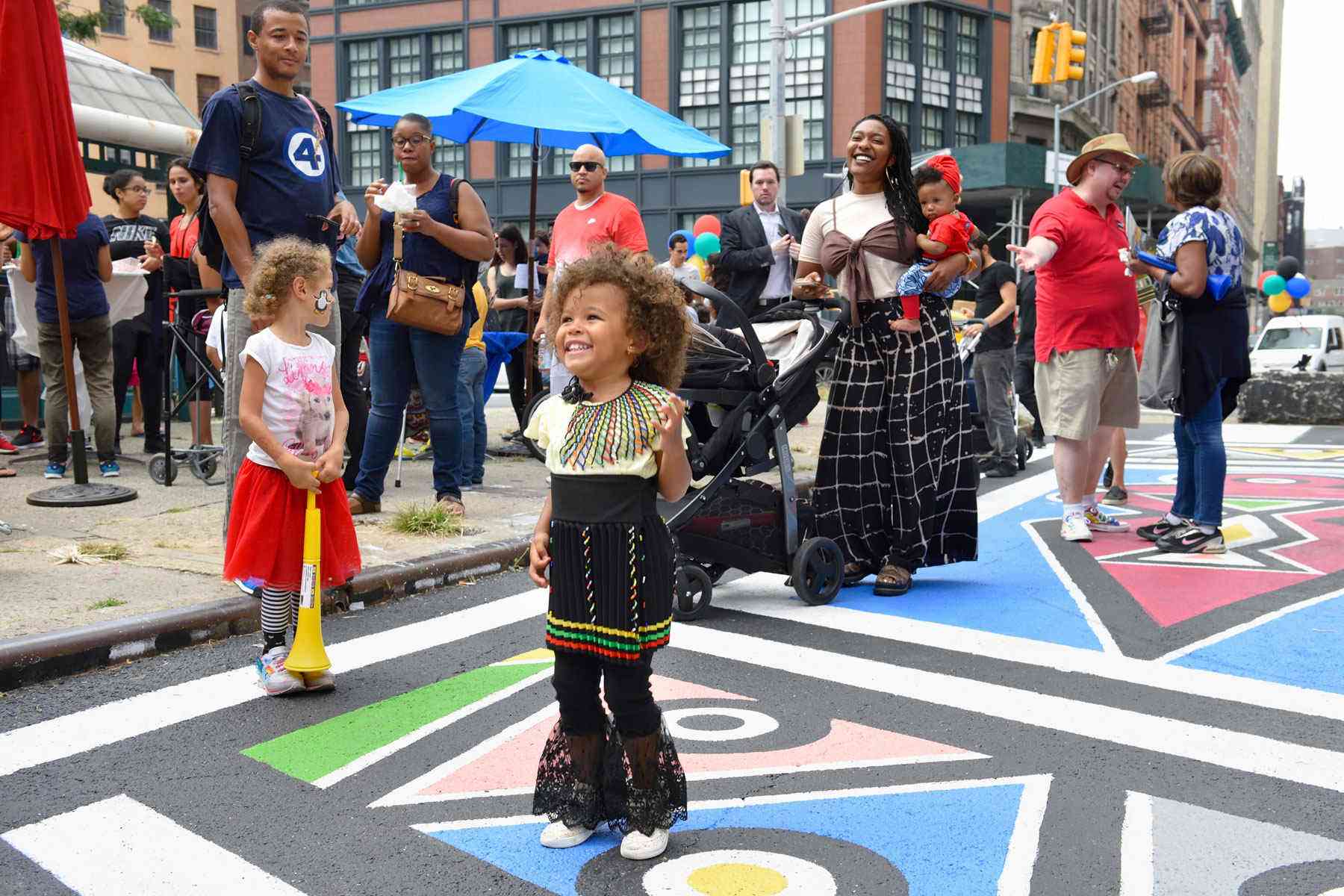 South Africa has claimed this corner (and the Citi Bike station there) as its own, bringing art to the streets of New York City. The Citi Bike station is one of 30 South Africa-themed stations across the city, which were created to show New Yorkers the wonders of the African nation, from safari adventures to cultural experiences. 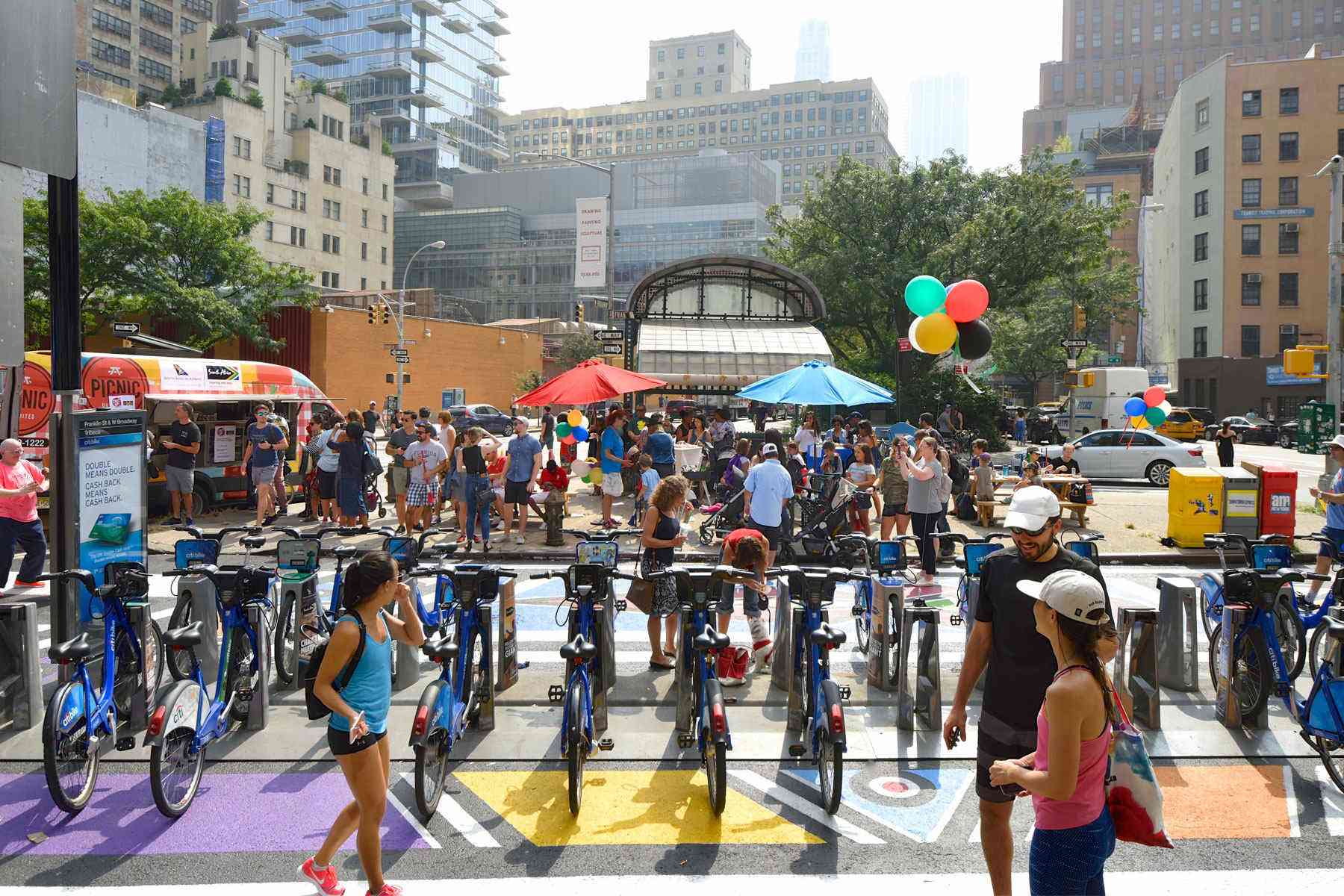 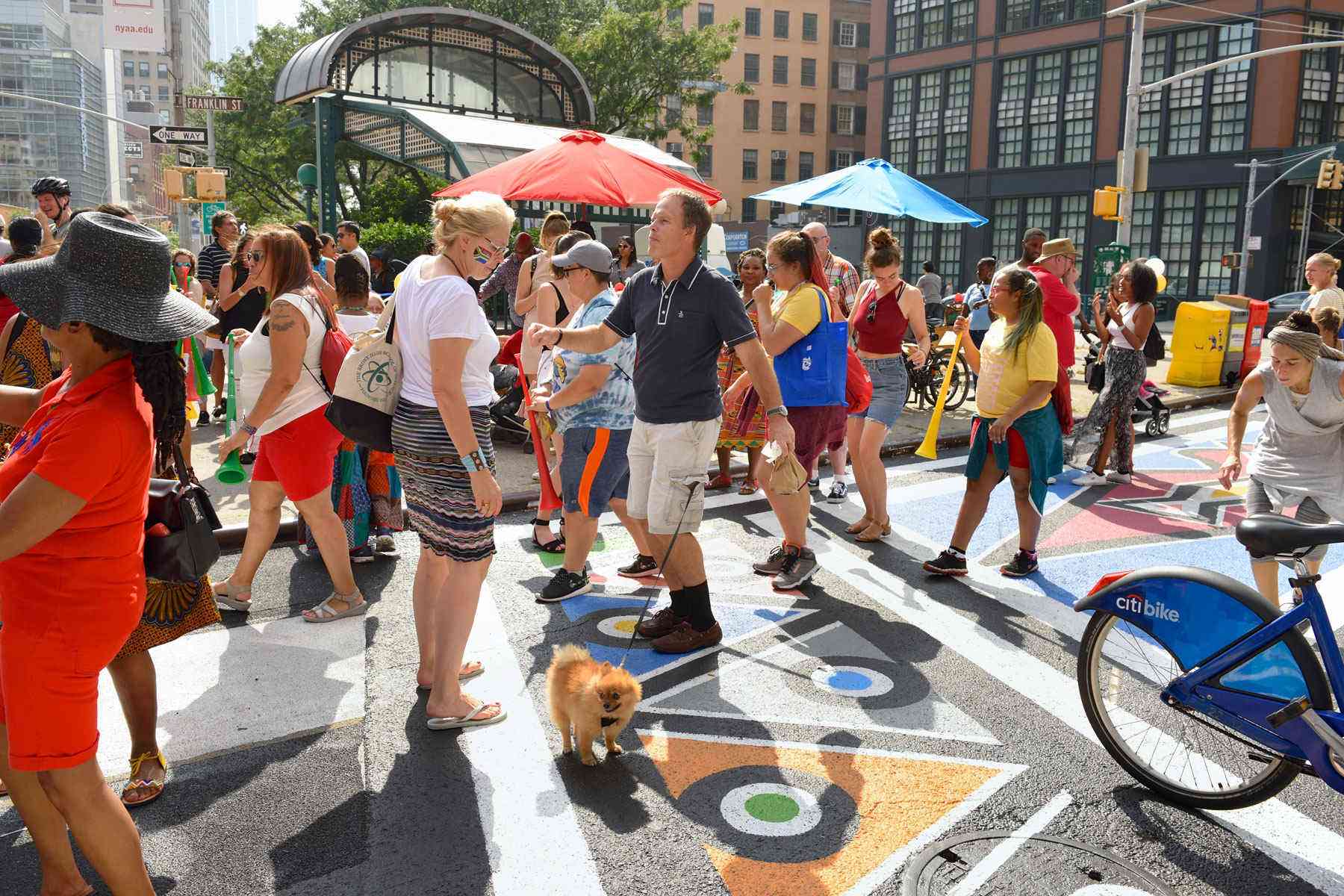 Citi Bike members will have access to a specially-created vacation package that includes exploring Johannesburg by bike.