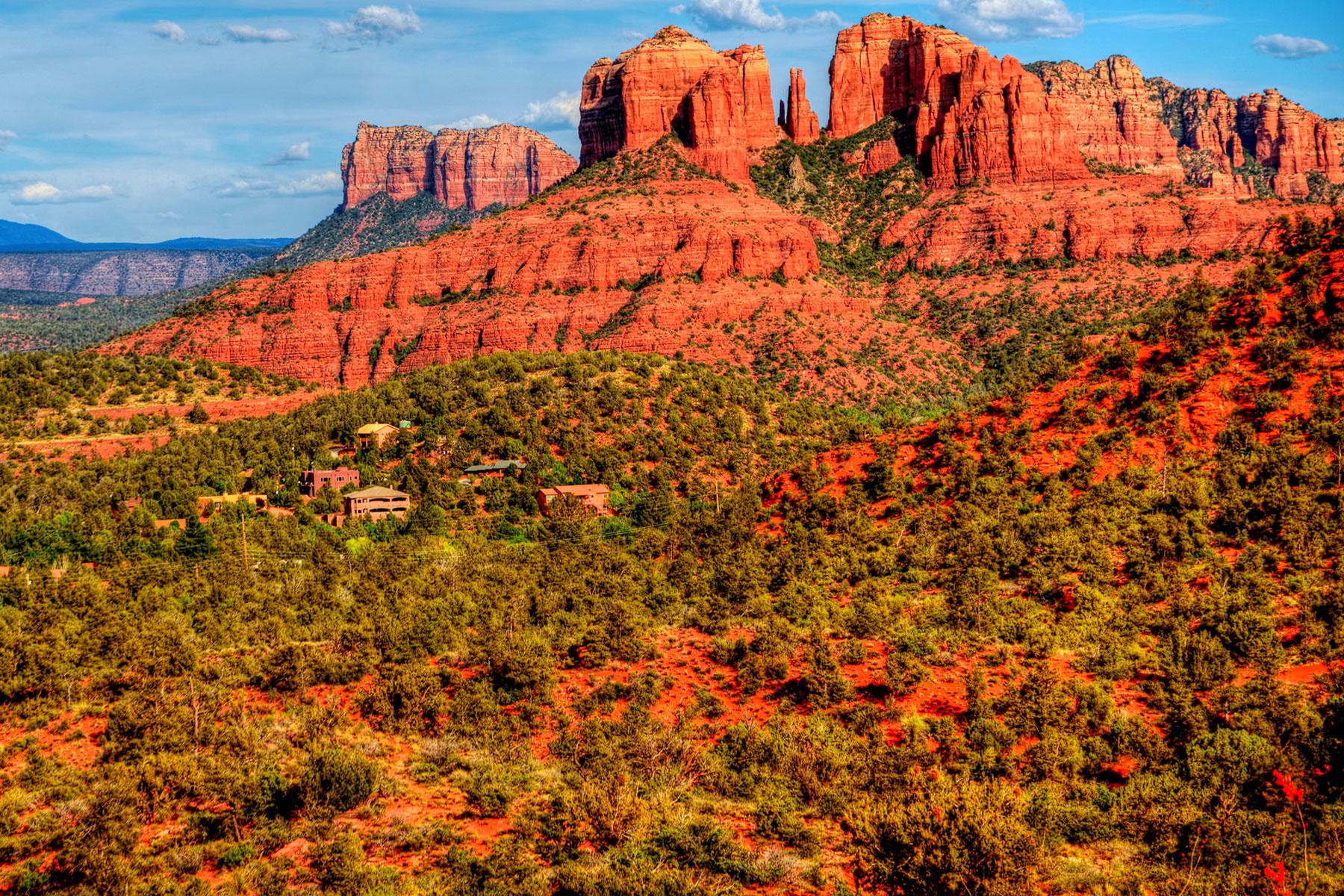 Events Kristy Alpert Have You Been to All 15 of the Top American Landmarks?
All images courtesy of Nick Simonite

It’s almost eerie that this music festival is such a well-kept secret.

Bonnaroo has the star-studded lineup, Coachella has the Hollywood elite, and Burning Man has Susan Sarandon on peyote. But, the all-time best music festival in the U.S. is set in a teeny West Texas town and barely draws a crowd of 2,000: the annual Trans-Pecos Festival of Music + Love, in Marfa.

In short, this festival’s formula for success is simple and homespun. Trans-Pecos is relatively unknown even in Texas, which makes for small crowds and strong communal vibes (think a festival-wide pig roast and intimate desert performances), yet, the lineup is always shockingly good – this year’s headliners are Wilco and Fiona Apple, and performers in past years have included Neko Case, M. Ward, Ben Kweller, and a litany of noteworthy local bands. Plus, you never know who’s bound to turn up in these parts, either to perform or join in on the festivities (or both): last year, Annie Clark of St. Vincent played a surprise set, celeb designer Jenna Lyons has been known to hawk her wares here, the cast of The L Word often stops in, and Queen B herself (Beyoncé, that is) even made a pitstop in Marfa a couple years ago. 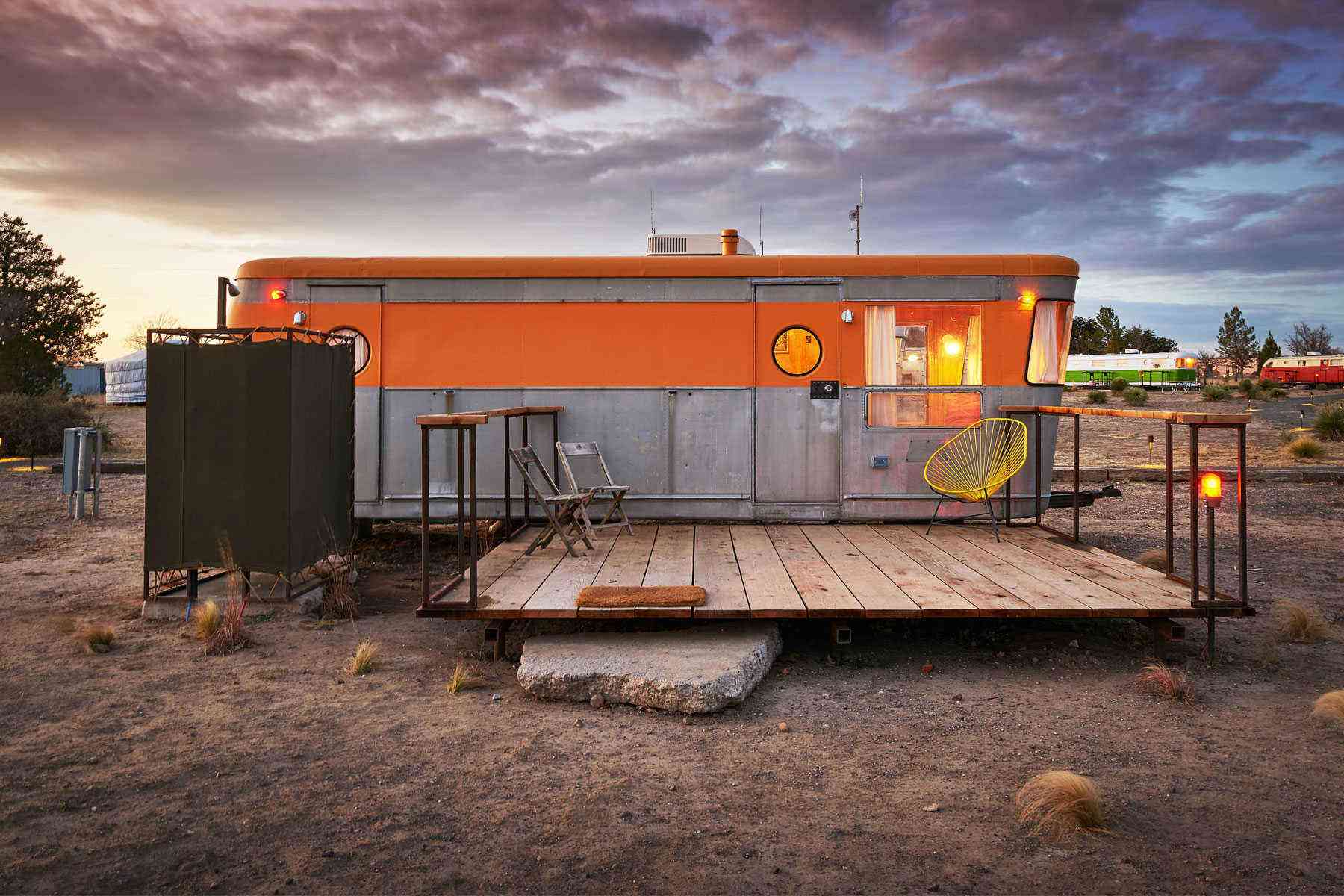 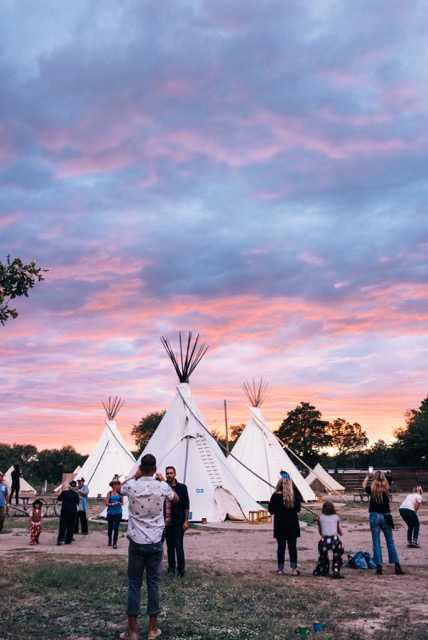 All images courtesy of Nick Simonite

Quirkiness abounds: in addition to music, there are tons of daytime workshops to attend, which sort of makes the whole thing feel a lot like adult summer camp. This year, depending on your mood (or your hangover), you could learn to craft your own bitter and herbal tinctures, tie-dye hemp shirts, take a yoga class, or learn how to draw with wood-burning pens.

Events Kristy Alpert Have You Been to All 15 of the Top American Landmarks?
Continue Reading Article After Our Video

The entire celebration takes place at El Cosmico, famed hotelier Liz Lambert’s campsite and communal space known for its ultra-hip, off-the-grid vibes. Dotting El Cosmico’s property are dozens of yurts, billowy teepees, candy-colored retro trailers, and hot tubs powered by wood-burning stoves – throw in throngs of desert hipsters and all the homemade breakfast tacos and free Topo Chico you could ever want, and you’ve basically got music festival nirvana on your hands.

Best of all, the natural scenery here is unbeatable: wide swaths of huge sky split by sweeping expanses of the Chihuahua Desert, coupled with the art and otherworldly allure of Marfa, make for one heck of a background. And of course, you truly haven’t experienced a night sky until you’ve camped under the stars in the West Texas desert or watched the sunset amidst this area’s rugged reddish-purple peaks. 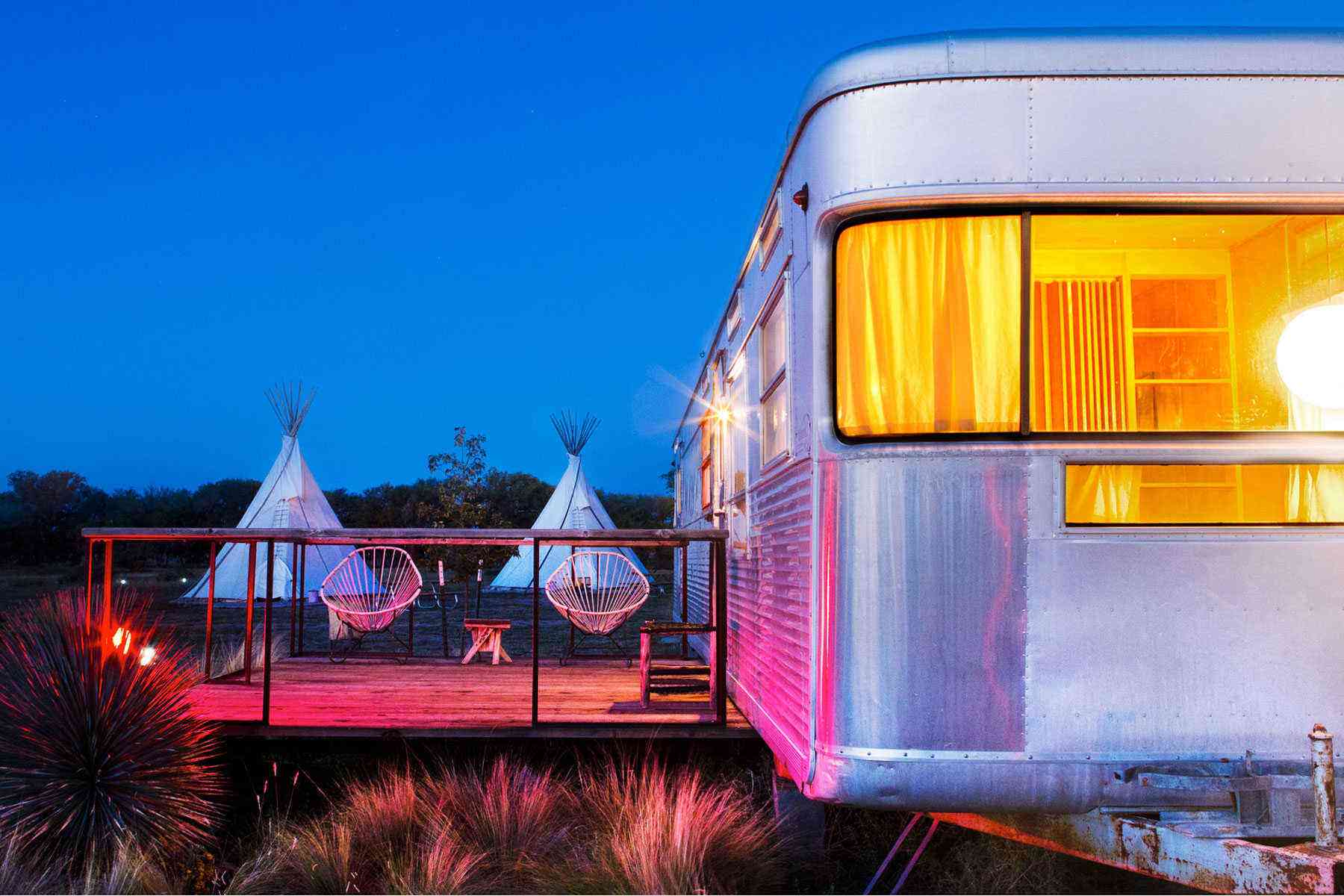 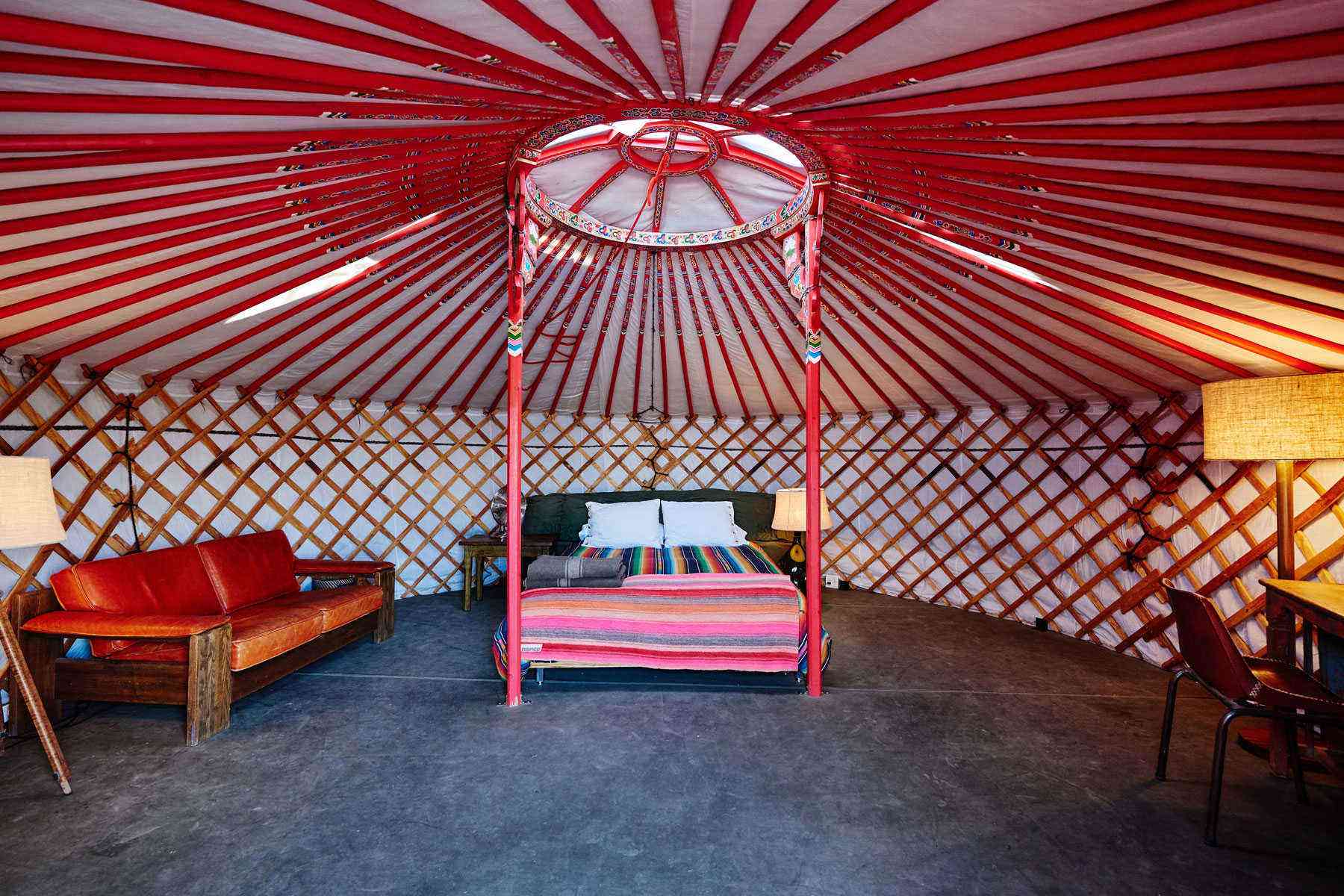 All images courtesy of Nick Simonite

Marfa itself is a worthy destination. This otherwise quiet little Texas town is also well-known in the art world–Donald Judd landed here in the 70s and things haven’t been the same since. Contemporary art galleries are as ubiquitous as tumbleweeds. But, Trans-Pecos is also close to some of the best spots in Texas: namely, Big Bend National Park, a geologic dreamscape of majestic mountaintops, deep canyons, and lonesome open space. The park is just an hour and half’s drive from Marfa (which is likely the closest you’ll ever find yourself to Big Bend–this part of Texas is vast, to say the least) and well worth a visit. Other recommended day trips are the nearby adorable town of Alpine and Balmorhea State Park, which is home to a 77,000-square-foot spring-fed swimming hole (talk about a welcome respite after a night spent dancing up a storm!) Whatever you do, make it a point to get out, hike around, and commune with nature–the natural glory of West Texas is truly a sight to behold. 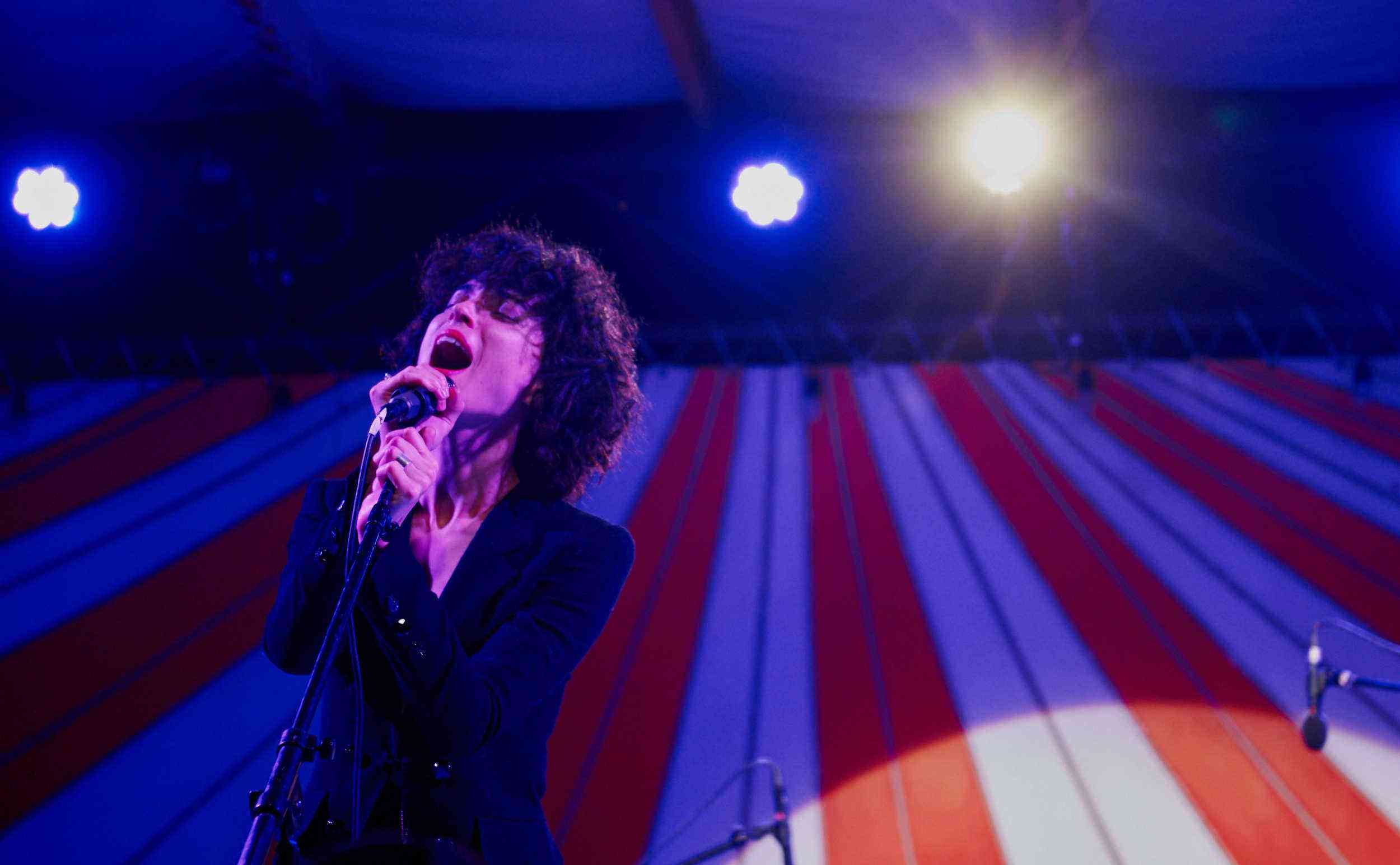 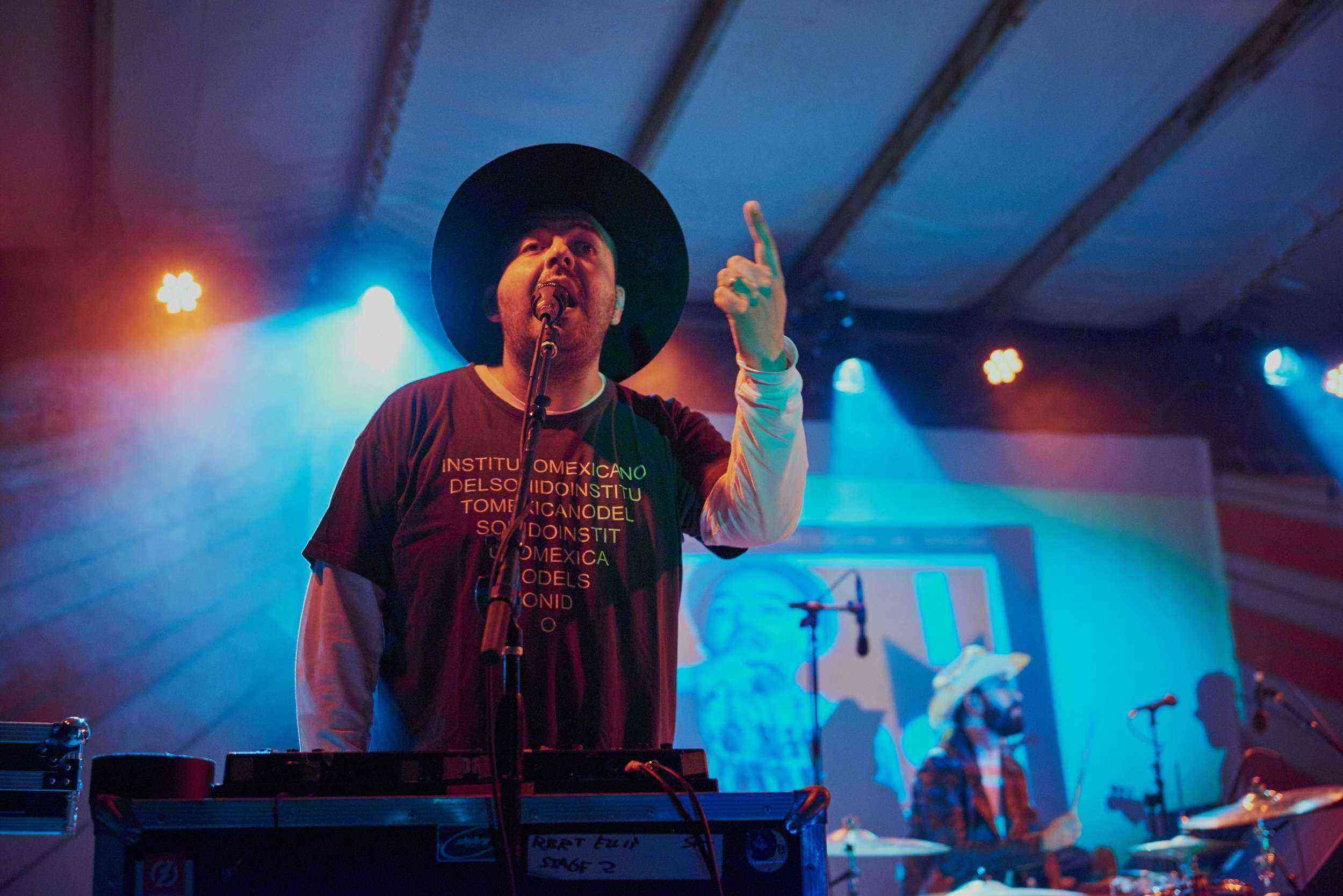 This year, the twelfth annual Trans-Pecos Festival begins on Thursday, September 28, and continues through Saturday night, though most festival attendees tend to stick around for the big community breakfast on Sunday morning before heading home. You can opt to buy a Music + Camping Pass for $275; music-only passes are $220 (though obviously camping on-site is where the real fun’s at). Apart from workshops, there’s a local sandlot baseball game (a Trans-Pecos tradition) on Saturday afternoon and a community dinner that night (tickets for this are $35), which all adds to the quaint, family feel. Apart from Wilco and Fiona Apple, performers include Lee Ann Womack, Hurray for the Riff Raff, Camilo Lara, and Sergio Mendoza Y La Orkestra, just to name a few.

Seriously, it’s almost eerie that this festival is such a well-kept secret–act now before the Brooklynites take it over.