Events Kaelin Dodge The Craziest Mini-Golf Courses in the U.S.
Home  >  Events   >   How to Celebrate Bastille Day in the U.S.

How to Celebrate Bastille Day in the U.S.

The French celebrate their national pride this week, and while it is probably best experienced partying with firefighters at a traditional Bals de Pompiers (Fireman’s Ball) in gay Paree, you don’t have to be in France or French (or even interested in French history) to get in on the general joie de vivre, Champagne, Nutella-filled crêpes, and Les Miz singalongs of [the US version of] this festive occasion. Here are a few ways you can get your oh-la-la on stateside. 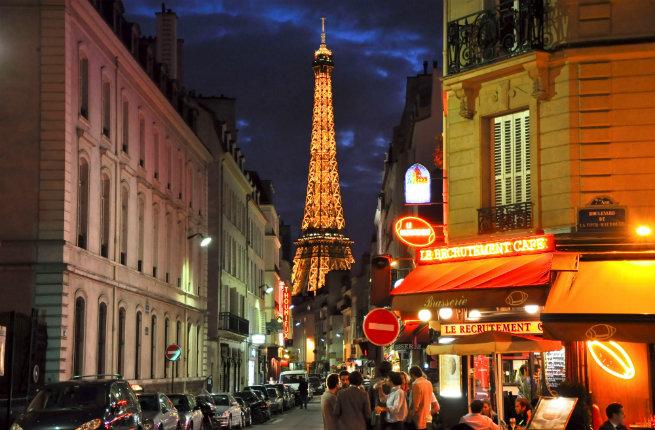 If you’re looking to celebrate all things French and Bastille, head to America’s most French city, New Orleans—its annual weeklong celebration of French culture that (excusez-moi!) kind of makes Paris’s attempts at parades and pomp look tame. Events include the annual French Film Festival, featuring the best in classic and contemporary French cinema; a block party with food, music, and awards for the best Napoleon and Marie Antoinette costumes; and a speedwalking contest between local bartenders bearing trays laden with Champagne and croissants. The Bastille Day Fete (July 15) at the New Orleans Museum of Art offers a musical lineup that includes New Orleans’ blues and folk band Bon Bon Vivant, petanque games, tours of the museum in French and English, and a gallery talk on French Impressionism. The pièce de résistance? A Bastille Day dog costume contest with awards for Best Pup à la Francaise!

For over two decades, the French Institute Alliance Française has been hosting New York City’s largest celebration of French Independence across three city blocks on 60th Street between Lexington and 5th Avenues. This year’s celebrations (July 10) include performances from the cast of the musical An American in Paris; Champagne and chocolate tastings (as well as other French offerings and delicacies from local French restaurants); readings, workshops, and language lessons; and family-friendly activities like puppet shows, crafts, and face painting.

Philadelphia’s Bastille Day celebrations are a huge summer event, with something for everyone, Revolutionary and Royalist alike. Events include a huge block party with live music, food, and other festivities all culminating with a theatrical reenactment of the French Revolution in song, dance, and beheadings by experimental cabaret troupe The Bearded Ladies at the Eastern State Penitentiary (standing in for the French Bastille). The crowd benefits from Marie Antoinette’s “Let Them Eat Cake” philosophy when more than 2,000 Tastykakes (local specialty dessert) are flung from the prison towers. Bet they don’t do that in Paris!

Bastille Day celebrations got a huge boost and an early start on July 7 when host nation France beat Germany (2-0) to qualify for the UEFA European Soccer Championship finals. The final will be held in Stade de France, the national stadium of France just north of Paris on Sunday, July 10 at 3 pm EST. It might be nice to hop on your private jet and pay through the nose for last minute tickets but if you’re feeling lazy, know that ESPN and WatchESPN will stream the game live, or, if you prefer your soccer with a crowd (La Marseillaise and the wave are not as much fun on your own), you can hit up your local sports bar.