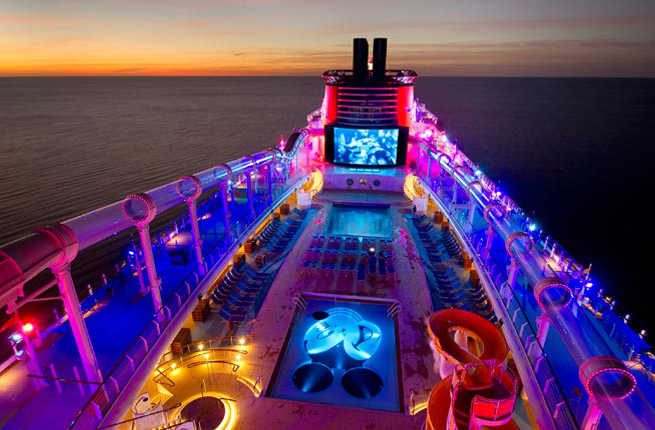 If you’re booking a vacation on a cruise ship, there’s a fairly good chance that staying connected to the rest of the world doesn’t top your list of priorities. Still, if you’re willing to compromise (and open your wallet), you can keep in touch with family and friends back home, and even surf the web at relatively respectable speeds. But technology at sea can impact your experience in many other ways, from robotic bartenders to state-of-the-art gaming, so even if you’re planning for an “off the grid” week-long trek, there’s plenty of high-tech fun to be had at sea. 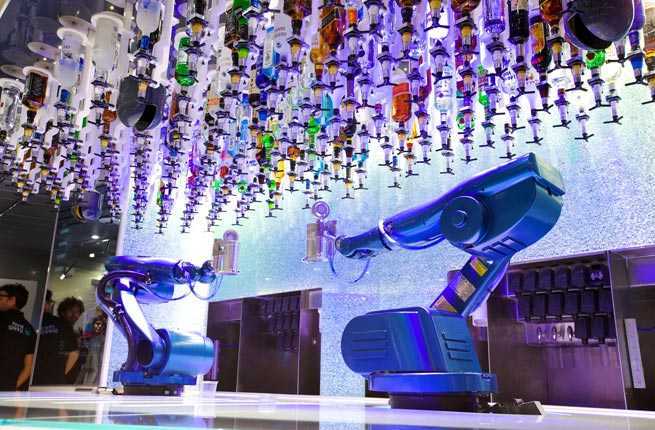 Quantum of the Seas 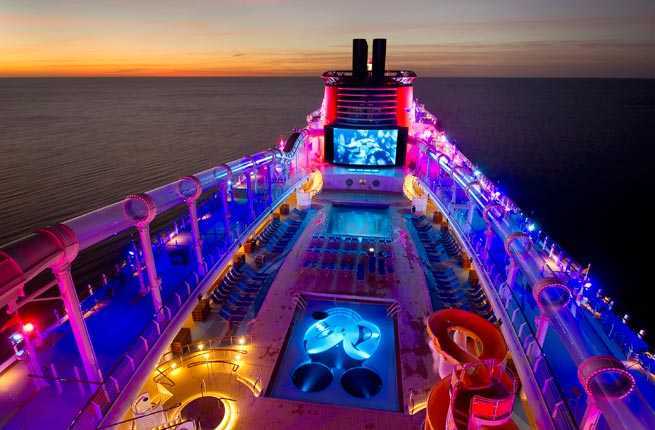 Disney Fantasy is the sister ship to the Dream, adding a 3D movie theater to the already impressive list of high-tech features. Both ships include Enchanted Art that comes to life as you approach, moving from a static scene to an animation. You also get two phones in each stateroom that you can use to communicate with friends and family members if you split up on the ship or at Castaway Cay. Each phone can communicate with the other, of course, but you can also call other guests by entering their room number. 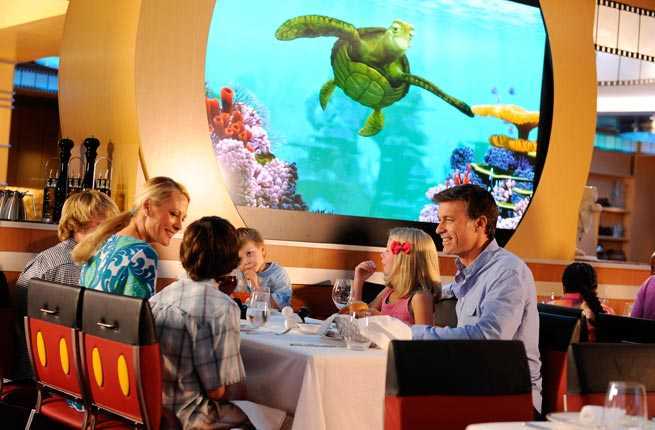 Your little ones might be more interested in traditional character breakfasts with Mickey and Minnie, but the novelty will wear off after a couple days aboard the Disney Dream, at which point technology will step in to keep the family entertained. If you’re staying in an interior stateroom, you can look through Disney’s virtual portholes, which provide a realtime view from outside the ship. You might even see Disney characters pop up over the live feed from time to time. Disney influence abounds on the Dream—there’s even a sophisticated ship horn that plays “When You Wish Upon a Star” instead of the regular toot. 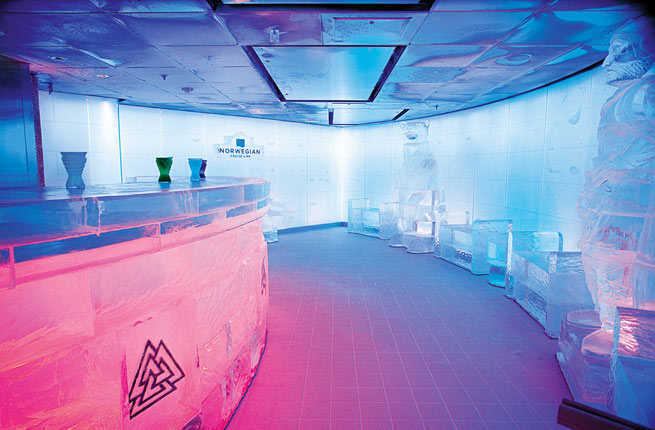 Once known as one of the most high-tech ships at sea, Norwegian Epic offers several gaming venues, with (albeit dated) PlayStation 3 and Wii consoles, along with in-room entertainment and excursion bookings. The ship also employs facial recognition for matching guests to photos captured on board, making it easy to locate pictures you might want to purchase. Additionally, there are more than 10,000 wireless access points to keep guests and crew connected throughout the Epic, supporting the iConcierge app, which you can use to talk and text with other guests on the ship. 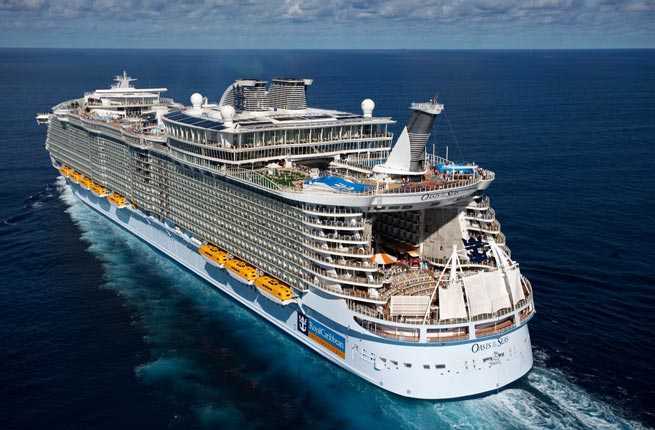 Oasis of the Seas

Oasis of the Seas, a sister ship of Royal Caribbean’s Allure of the Seas, delivers the same speedy satellite WiFi to on-board guests, in addition to 52-inch TVs in select staterooms and a 3D movie theater. The cruise line also installed waterproof cameras at the AquaTheatre that boot underwater images to two huge LED screens during evening acrobatics and water ballet performances, enhancing the experience for guests young and old alike. 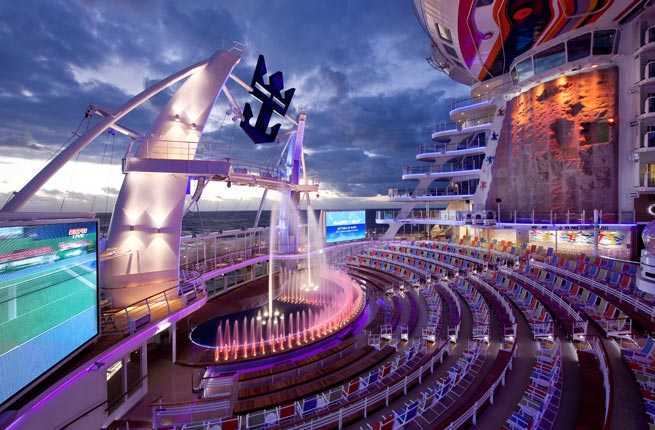 Allure of the Seas

Another Royal Caribbean ship, Allure of the Seas offers more comprehensive connectivity than her older counterpart. A speedy satellite internet connection is available to guests, supporting email and web browsing in addition to more demanding applications, such as Netflix streaming and Skype video calls. Additionally, Royal Caribbean installed solar panels to power the shopping district, while the Rising Tide Bar moves up and down between three decks, providing unique entertainment for adult guests. 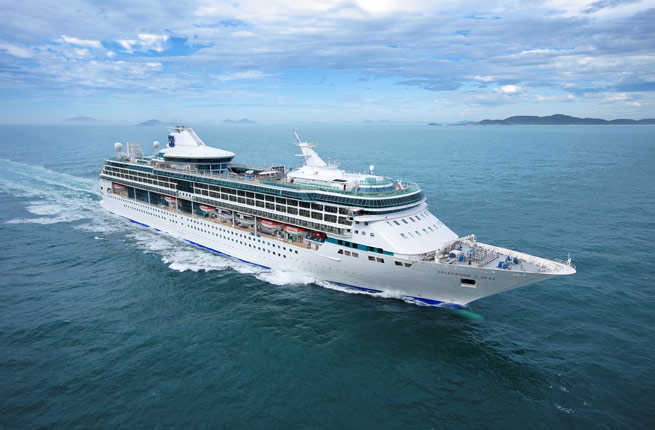 Splendour of the Seas

First launched in June of 1995, Royal Caribbean’s Splendour of the Seas is among the oldest cruise ships to make our list, thanks in no small part to a thorough refurbishment in 2011. The re-launched ship includes iPads in every stateroom that list daily events and activities, let you order room service, view restaurant menus, keep tabs on your bill, surf the web, and watch streaming movies. Other A/V features include a poolside cinema screen, which entertains guests with evening flicks under the stars. 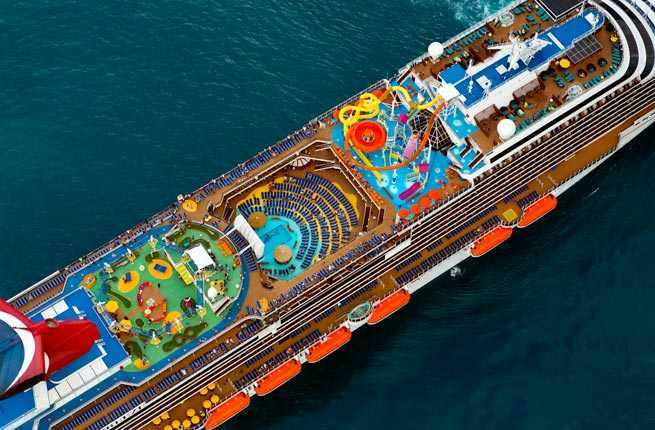 Carnival Breeze has a show-stopping feature called the Thrill 5D Theater, which pairs traditional 3D movies with seats that move back and forth and from side to side for a more immersive experience, which also includes squirting water, bubbles, and a mechanism that “tickles” guests’ feet. Sadly the experience isn’t included in the cruise price—you’ll pay $8 a pop or $15 for unlimited showings. Back in your stateroom, you’ll find a connected TV with shore excursion info, a live feed from the Lido deck, and a map channel that lets you view the current speed, heading, and position information for your cruise. 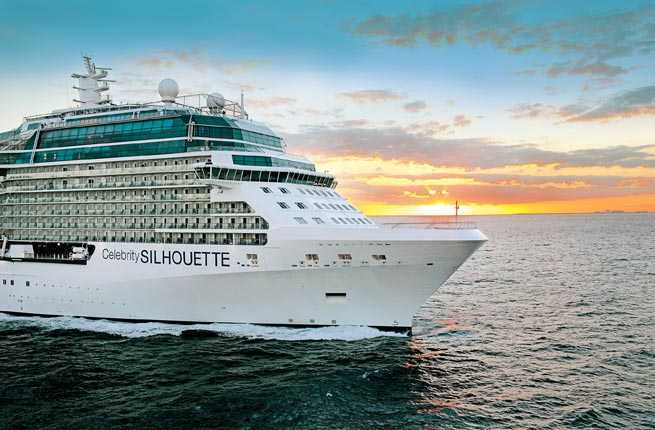 Celebrity Silhouette, along with some of her sister ships, which include the Equinox, Eclipse, Solstice, and Reflection, offers a few unique features at sea. You can pass the time with low-tech amenities, of course, such as the real grass lawn at “Lawn Club,” or you can connect with the outside world at the internet cafe or by using your own WiFi-equipped device. If movies are what you’re after, you can slip under the covers in front of a 52-inch TV in select staterooms or stay entertained with a new MacBook, which you can purchase at the on-board Apple retail store. 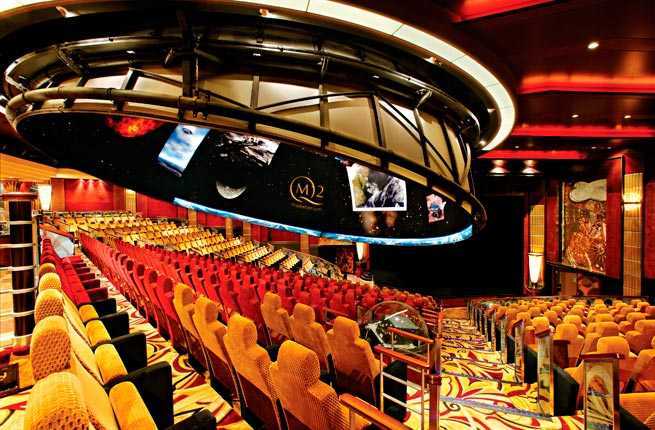 Cunard’s flagship Queen Mary 2 runs transatlantic crossings from the United Kingdom to New York City, so anyone stepping aboard is probably expecting a long voyage across the pond. With ports of call frequently inaccessible even by helicopter, QM2 leverages technology to keep guests healthy behind the scenes. There’s an 11-bed hospital on board, complete with an x-ray machine and lab, and the Queen Mary uses reverse osmosis to make sea water drinkable. Guests can stay busy with satellite TV in their staterooms, or by dropping by the planetarium for an extraterrestrial experience. The ship even offers educational lessons through Cunard ConneXions.