Zach Pollack is the chef and owner of Los Angeles restaurants Alimento and Cosa Buona. As told to Annie Black, Pollack shares in his own words how the culinary landscape and civilian life have been impacted by the coronavirus pandemic.

When it all started to go south in Italy, that’s when I first thought, “OK, this is about to get bad.” It was one thing to watch the Chinese government get ahold of this and have success against the virus, but we don’t have a whole lot in common with China in terms of our government. We have a lot more in common with a place like Italy, in the way that the government can handle it. So watching Italy totally lose control, even before the nightmare became true, the nightmare that it is right now, especially in the hands of our current president, I was confident things were going to get bad.

On a Sunday in early March, sitting at dinner with my family, my mother asked, “Have you noticed a difference at the restaurants yet?” “You know, not really,” I said. “But who knows where this is headed?” Then Monday, March 9 happened. Italy went into lockdown. The wheels were coming off. The grocery stores in Los Angeles were becoming a s***show, and there was this level of really heavy, anxious energy everywhere. Business at my restaurants, Alimento and Cosa Buona nose-dived. On March 15, the day Los Angeles Mayor Eric Garcetti said he would be shutting down restaurants throughout the county, we did 13 covers. A week prior we had 72. I knew the downward spiral had just begun–both for restaurants and our way of life. For how long? No idea. But Italy was our own little crystal ball.

I’ve been following some of the restaurants and chefs that I’ve worked for in Italy, or that have been on my radar, or whose restaurants I’ve eaten at. Instagram’s become a pretty invaluable tool right now, certainly serving a unique purpose other than overhead shots of feasts with pretty, well-manicured hands reaching into bowls of perfectly imperfect pasta. One Italian chef that I follow posts almost every morning, fighting to maintain a sense of humor. But he’s relegated to his apartment–from my understanding, he can’t even walk outside, like we still can here in L.A. In Italy, unless you’re in a really rural area, you’re probably living in an apartment, not a house, and you probably don’t have a backyard. I’m so fortunate to have my wife and my daughter, and the pleasantness of my neighborhood to walk around. Those are so critical to my mental health right now and it’s a real struggle for the people who are just surviving.

The week of March 15 was the hardest. Figuring out how I am going to deal with this, not knowing what was to come. Admittedly, I was grateful when California Gov. Gavin Newsom and Mayor Garcetti told us to essentially cease all operations. It shouldn’t be the decision of small restaurants to decide whether or not they stay open—to decide whether they need to be motivated by economics or safety. It should be coming from the top, from the federal government. It wasn’t then and it’s still not, but at least our local governments have stepped up to the task.

By staying open for takeout, we’re at least able to employ a handful of people and, in continuing to serve the community, helping to create a small semblance of normalcy in what is a very abnormal time.

It’s hard enough to decide to halt your normal operations, but then to also put dozens of people out of work is another tragedy. It forced me to weigh a number of things. One, first and foremost, was that I needed to look out for my staff as long and as effectively as possible. Two, how could I, as a chef who by nature brings people together over food and wine, continue to serve the public when every scientist and doctor globally is saying we need to separate ourselves and be careful what we touch, where we go, and how close we get to our fellow humans. Right now, in offering takeout and delivery, the goal is not to break even—much less make a profit, but to not lose more money than if we shuttered completely. By staying open for takeout, we’re at least able to employ a handful of people and, in continuing to serve the community, helping to create a small semblance of normalcy in what is a very abnormal time. 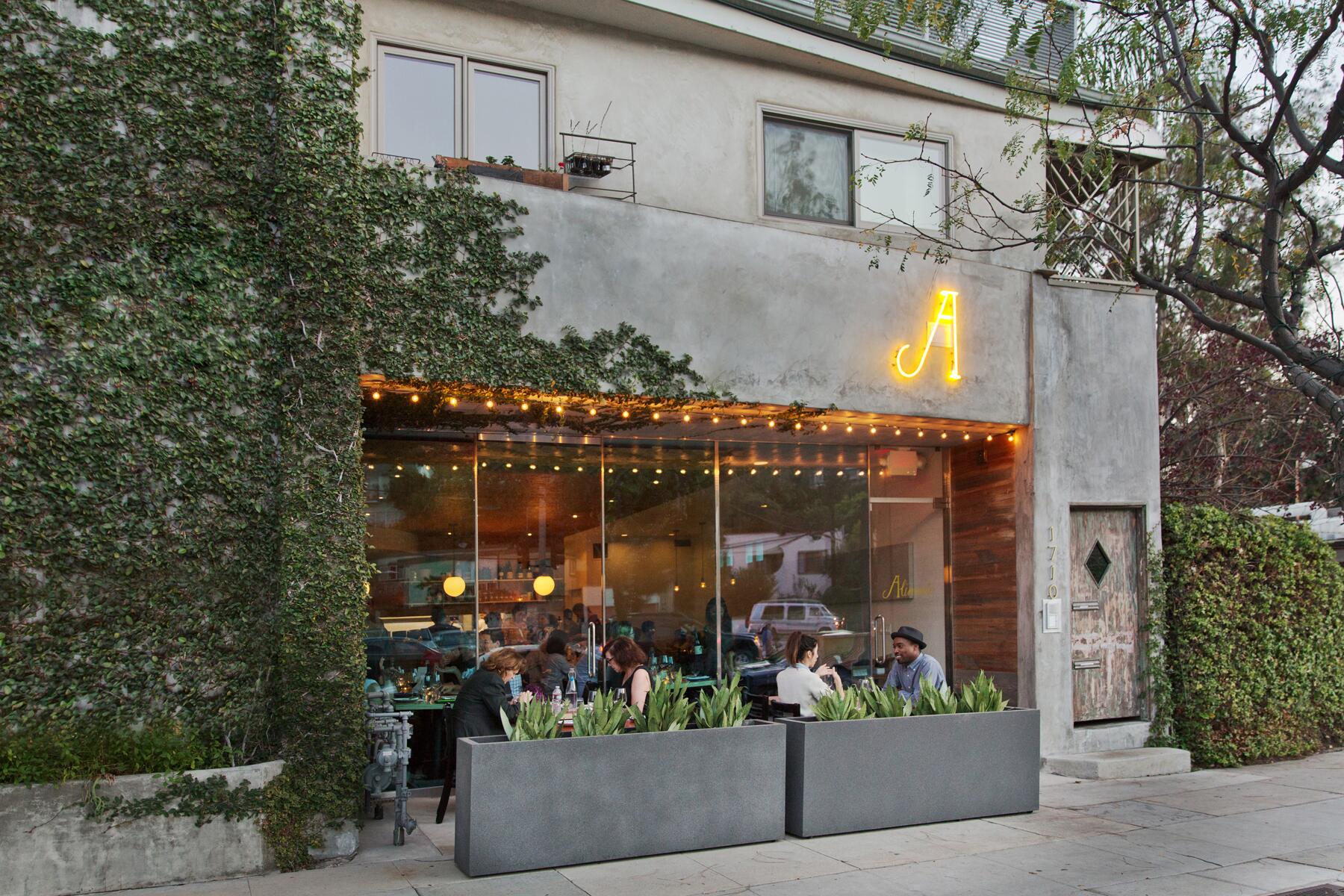 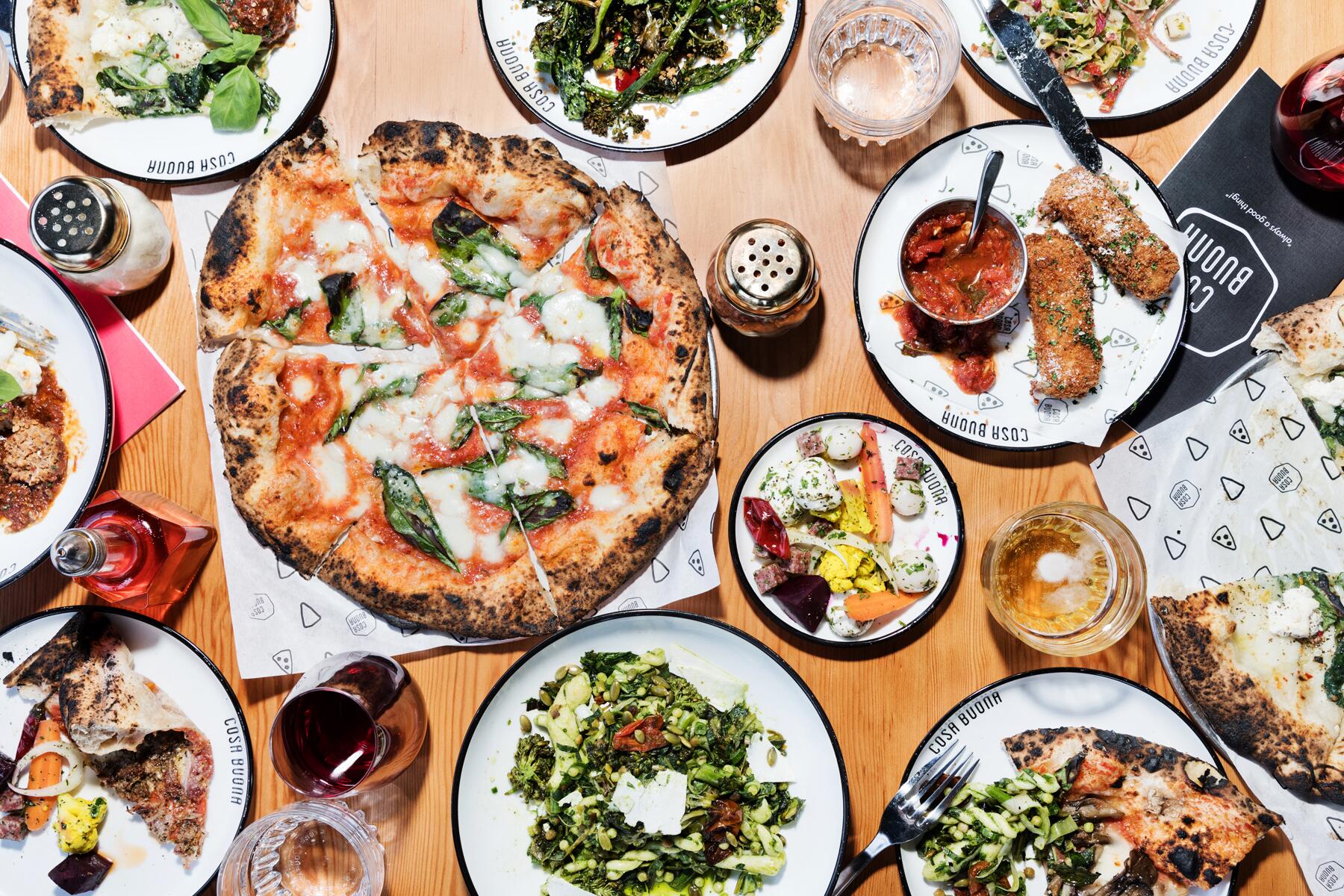 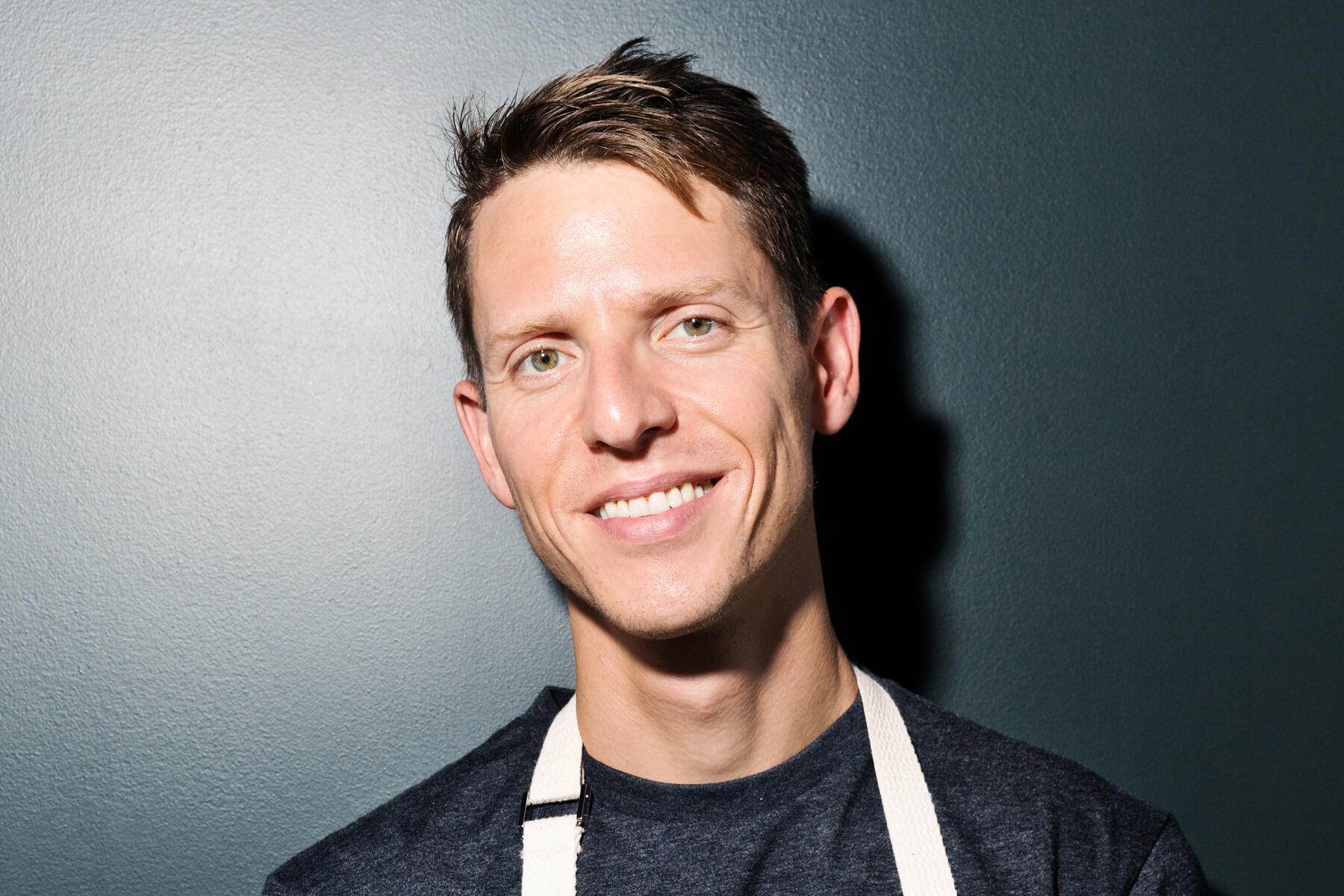 With that said, I am confident in my restaurants’ ability to reopen. Many of my compatriots are not, and some are in much more dire situations. In general, though there are exceptions to this. I think smaller operations are more nimble and can more quickly adapt. Quickness is paramount right now because everything is happening so fast. In terms of rent, I’m grateful that both Alimento and Cosa Buona are small spaces. A 200-seat restaurant might be able to make more when it’s operating, but it also loses more when it’s closed–in rent alone, it could be 30 or 40 thousand dollars each month. I am inherently cautious and have always tried to be aware of the possible risks. Though I didn’t expect this, I’m always aware that at any minute business can take a turn. I’ve always tried to make sure we have enough in the bank to withstand a bad season. Obviously, closing indefinitely, not knowing when we are going to reopen, that’s a very different situation.

This industry, at large, operates on the thinnest of margins, if not at a loss. When stakes are so high and there is so little wiggle room, what is going to happen when a major event fundamentally changes the economy and changes how we think about going out? How are we going to weather that storm? Tons of people are going to lose their jobs, if not their livelihoods. They’re going to lose a huge portion of their disposable incomes. The $309 billion in combined wages for U.S. restaurant workers receive is no longer there, and they’re not spending on anything outside of essentials. It’s going to go far and wide. If you’re in any industry that is less piercingly hurt by this crisis, and you still have the luxury of disposable income, then I encourage you to do what you can to support local businesses. It helps.

I plan to remain in this industry, in any capacity. It was a love of cooking that led me here in the first place. It wasn’t about wine programs, and it definitely wasn’t about business. There have been aspects I’ve found I really don’t enjoy, yes, and many other peripheral elements that I’ve developed a deep affection for. But the genesis, the whole point of it, has always been to serve people. That’s what makes this whole debacle so much more painful. It’s the very purpose we serve that is a threat to the public right now.

Look, 2008 was a horrible year for the economy. Most economists say this will likely be as bad, if not worse, but between 2008 and about a month ago we had unprecedented economic growth, one of the longest stretches in history. Granted, that took eleven years, but it was eleven years of slow, incremental prosperity. So, I do think that restaurants will reopen, and a number of those will continue to serve people in a year, two years, three years, maybe five. But we’ll figure it out. We’re scrappy. We’re resourceful. Twenty years ago, this was regarded as one of the hardest industries to turn a profit in. Twenty years later, with many more hurdles, challenges, risks and costs going through the roof, we got creative, and we certainly won’t stop now.

This is our new reality for the foreseeable future. But I’m here for the long haul.