Eric Alperin is an internationally renowned bar veteran and partner in concepts The Varnish, Bar Clacson, The Slipper Clutch, and Penny Pound Ice in Los Angeles; and Half Step in Austin, Texas. As told to Annie Black, Alperin discusses the unraveling of the coronavirus pandemic while traversing the globe in early 2020 and its subsequent effect on the bar industry.

I took two months off at the beginning of the year to circumnavigate the globe and somehow found myself watching the coronavirus pandemic unfold each step of the way. From L.A., I first made my way to Australia, then through Southeast Asia onto Mumbai, followed by Cairo, France, and Colombia before returning. About 10 days after I got back, I noticed people here saying, “Jesus, what is happening?” And as an owner of five bars employing 50 people, I knew things were about to be brutal.

I didn’t make it to China. The closest I came was Hanoi and that was before any of the cruise ship headlines started to dominate the news cycle. So I just kind of missed it. It wasn’t until I had left Hanoi and landed in Cambodia that I started realizing what was going on. I got my hands on a mask there and started wearing them in airports and on planes as a precaution. I also made sure I didn’t take public transit. The gravity of the situation set in when I was going through airports with thermal camera checks at the entrances and exits, having my temperature taken and then getting sent to a separate section for immigration. I first encountered that in February, flying into Bangkok.

I made the decision to go west because I could just feel the anxiety of these countries coming to terms with what the hell was going on. China was already on high alert in the news, but it was in Thailand and Mumbai where I first felt how serious this was. In Cairo, however, there was really no sense of any issue happening, which in and of itself was unnerving, though I did feel some amount of relief being out of Asia.

And then in the South of France, while spending time with my uncle, I sat and watched the news every day and saw it all begin to devolve. There was breaking news of the cruise ship outbreaks off the Japanese coast and cases spiking in Italy. It just kept building. It was like this wave.

When I flew back to the U.S. in March, it really wasn’t as intense as it should have been. There was nobody at immigration in Atlanta. I did my global entry form, went up to the guy and he glanced down at my passport, looked at me and blithely said, “Welcome home!” And that was it. He didn’t rifle through my passport to see all the countries I had just been to. Nothing.

Shortly following my return, it finally dawned on everyone here. 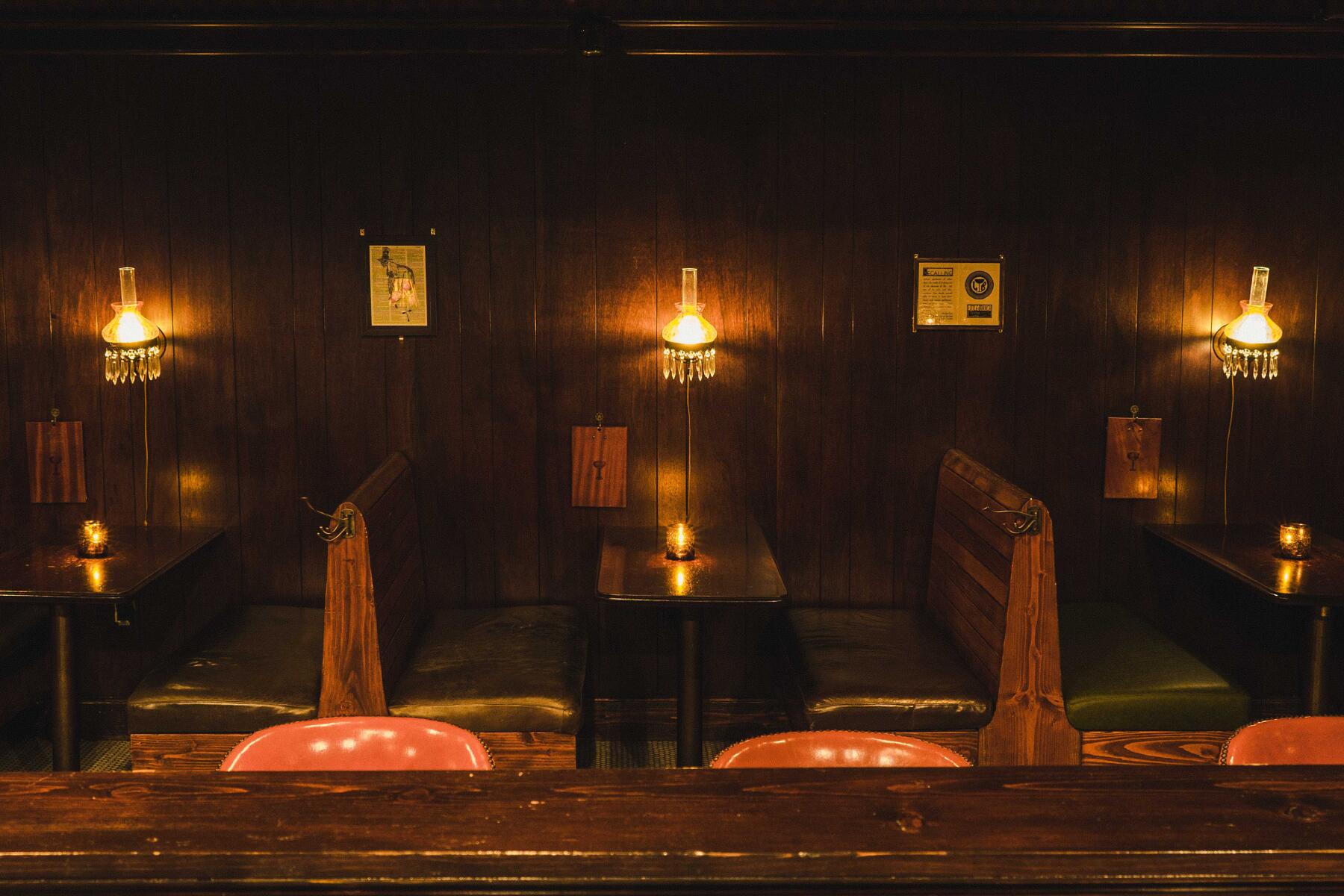 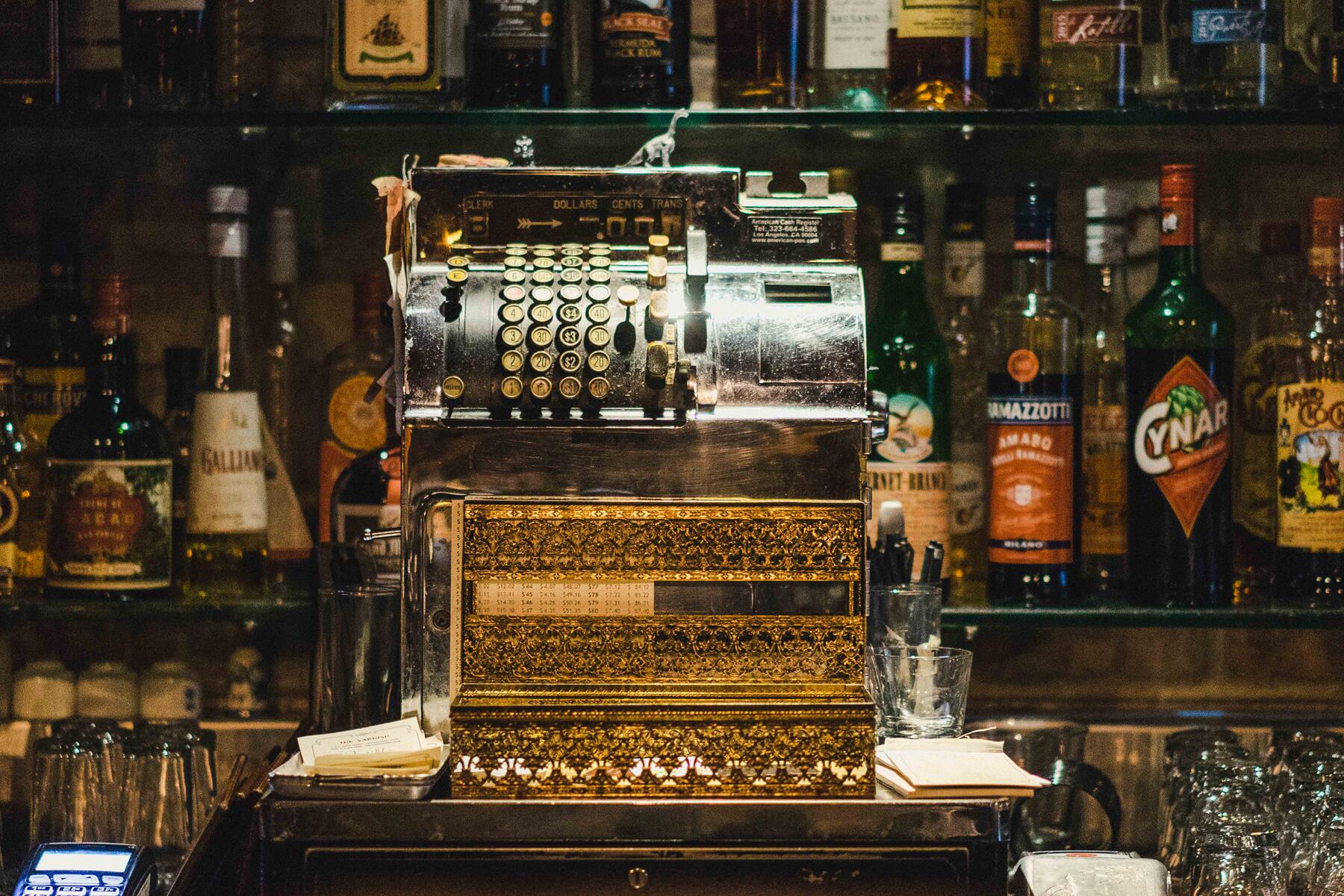 The Varnish in Downtown Los Angeles.Courtesy Pouring With Heart

Business is a whole other story. I work with Pouring With Heart–a collection of over 20 neighborhood bars, spirit bars, cocktail bars, and breweries nationwide (and counting)–as a director and co-owner of multiple concepts, including The Varnish and Bar Clacson in L.A., and Half Step in Austin. My businesses are my families. We had to close every door because we were mandated to do so. We had to furlough all of our hourly employees. Even though we are a collection of bars, our bank account is still judged on the independent performance of each one. We want them back as soon as we can get them, but there are no reserves to pay hourly employees, and we thought it would be best to get them on unemployment as quickly as possible. Our core team is trying their hardest to look at any silver lining here, any opportunity. We’ve been doing all-day Zoom conferences working on internal matters, codifying different processes, discussing community reopening celebrations, and focusing on future projects that will make us bigger and more badass so that we can get all of our staff back.

In our industry, it’s important that you create a space where people feel safe and are proud to come to. You also want your team to feel empowered and proud to come to work to support their lives and their families. And if the business can make some money after that, great! And to have to close your doors and lay people off is a real kick in the knees. I can’t even describe how difficult the week was when we broke the news. Every person we had to lay off was given an explanation that this was not what we want to do; this is what we have to do to survive in order to have you back. There are plenty of businesses, including restaurants, that are not going to reopen. I don’t think a lot of people realize the financial needs to maintain a bar and don’t realize that they may never see their cherished neighborhood watering hole again.

Now we’ve figured out what can really take us down. It’s attacking a pillar of human nature.

I know there’s the question of to-go cocktail offerings. It’s being done in New York with some success and I think it works in that model with a very small bar, but it doesn’t really pencil out here. It works in a city where people are getting around differently. It doesn’t make sense that someone would come to The Varnish in Downtown Los Angeles from Mid-City or the Westside, which are 20 to 40 minutes away, to pick up an Old Fashioned to-go. Maybe once for the novelty, but not really. And if we do that, then we risk the eviction deferment–if you’re open, generating money, then you risk that deferment. The only reason I would say to do that is to continue to be a resource for your community and if you’re an establishment serving food to go then it makes more sense that guests will also order cocktails. In that respect, our craft cocktail ice company, Penny Pound Ice, is trying to be available to a lot of our retail clients, to people that are doing this to-go model. We still want to be a part of people’s lives in any way we can. Right now, we’re all just trying to do things to get through this, and the little things matter. They really, really do right now. When something so big and so unknown is upon you, it matters.

What is so important about hospitality, especially in a world that’s evolving virtually and digitally every single day, is that we offer something that will never go away. It is innately part of human nature to want to be in other spaces and have other experiences and interact with other people. I was in New York when 9/11 happened, working at a bar near one of the major barricades, and the one thing we could do was open our doors. And people came in. People came in and we just offered a safe place for them to come have a drink. They needed it, and so did we. But we can’t even do that right now. Our enemy isn’t a terrorist, it’s a virus. And a lot of us are feeling like, “holy s***, my life and my career are based on offering warmth and love and hospitality and physically serving people things, and right now I can’t do that.” Now we’ve figured out what can really take us down. It’s attacking a pillar of human nature. And, to be clear, this is happening to everyone. Every industry is being affected in some way. It just feels especially real in our industry because you can’t go out. When you’re made to isolate, you really start to think about the interactions you have.

I always felt there was something noble about serving people. People say we’re not curing cancer, but there are people passing through us. They’re coming from one place to another, and we are offering someone a safe haven to be themselves. A place to center or regroup or let go or whatever it is that they need to do. It’s an incredibly valuable thing that is in jeopardy right now. I’ve been very fortunate to have been exposed to mentors early in my career who knew far more than I did, making me realize this was a line of work that was not just a job I needed because I wasn’t a successful actor. It was because I got to help sustain communities around the bar wherever it was and within it for the staff. It’s really those values that are the most important. Otherwise, there’s just no soul.

For more on life behind the bar, pre-order Alperin and Deborah Stoll’s book Unvarnished, out June 23, 2020, and available for pre-order.

Good writing and good seeing power.  It takes a traveler with an open eye to see the direction of a traveling virus.