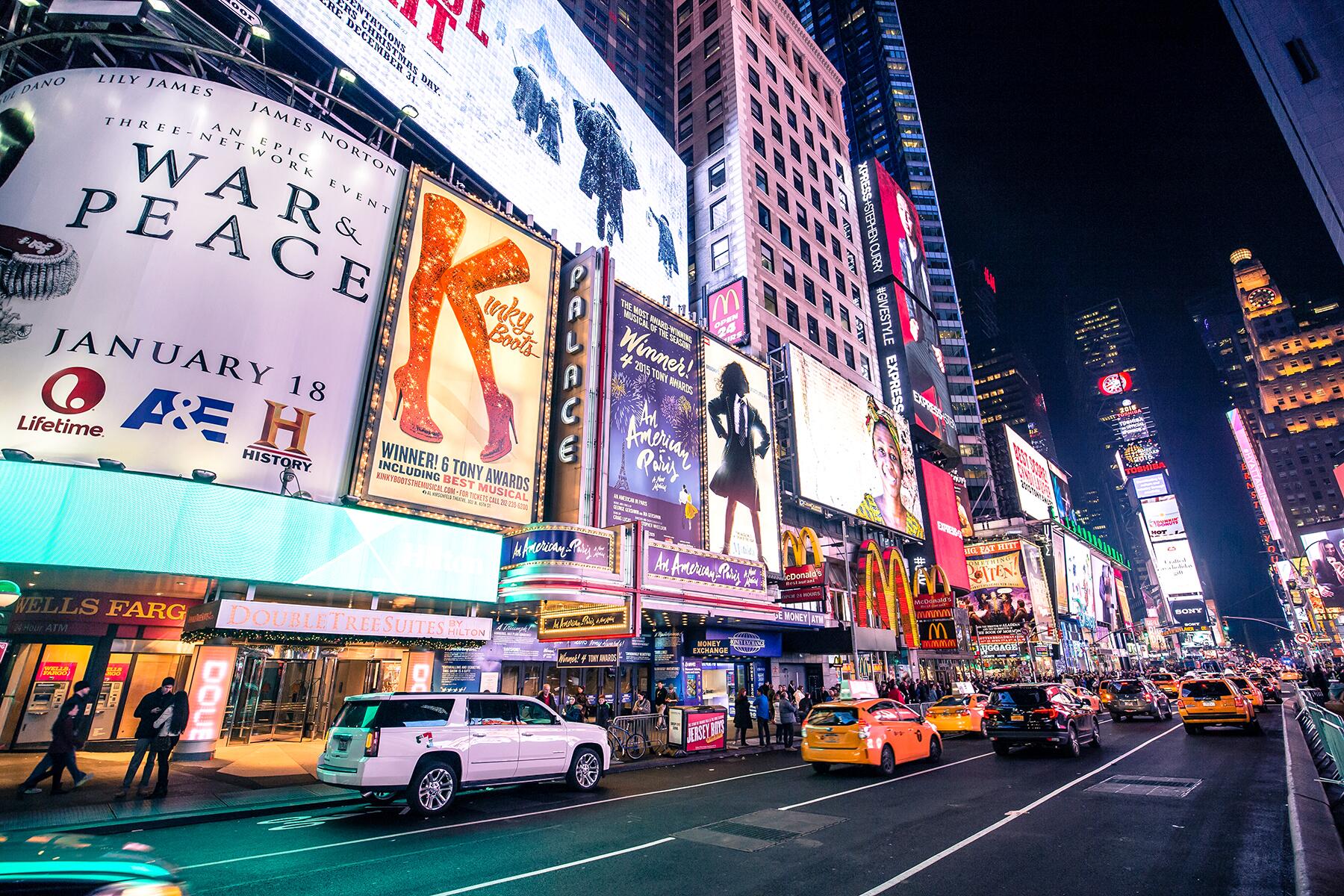 Coronavirus shut down live entertainment across the globe, but venues are finding innovative ways to prove that the show must go on.

Since the pandemic began, events around the world have either been canceled or transformed into lackluster online versions of themselves. To say that it’s not the same when you’re in front of a screen is an understatement, but it has been a great way for artists to stay connected with their audience and for culture vultures to find some normalcy in this rapidly changing world. On Instagram Live in March, Chris Martin asked his fans to request songs as he sang acoustically at home. Many other artists followed suit and soon, the world was watching Tony Award-winning musical Hamilton on Disney+.

It didn’t stop there. For the first time ever, the world’s largest electronic music festival Tomorrowland was hosted virtually last month with 3D designs, gaming, and special effects. More than 60 artists (including Katy Perry) performed on different stages at this digital festival and the Belgium-based event reached 1 million music lovers around the world (who paid to watch the performances at home). This may be the first big-scale ticketed event that set an example of how performances are adapting to the pandemic and it may lay down the ground rules for the rest…at least for some time.

The social aspect of events may be just as important as the performance itself, if not more. If you’ve ever been in the thick of things, you know the thrill of being within a few feet of the stage, clapping along with an enthused audience, letting the wide-eye joy of the dramatic sounds sink in, and clinking champagne glasses or plastic beer-filled cups with friends and strangers. 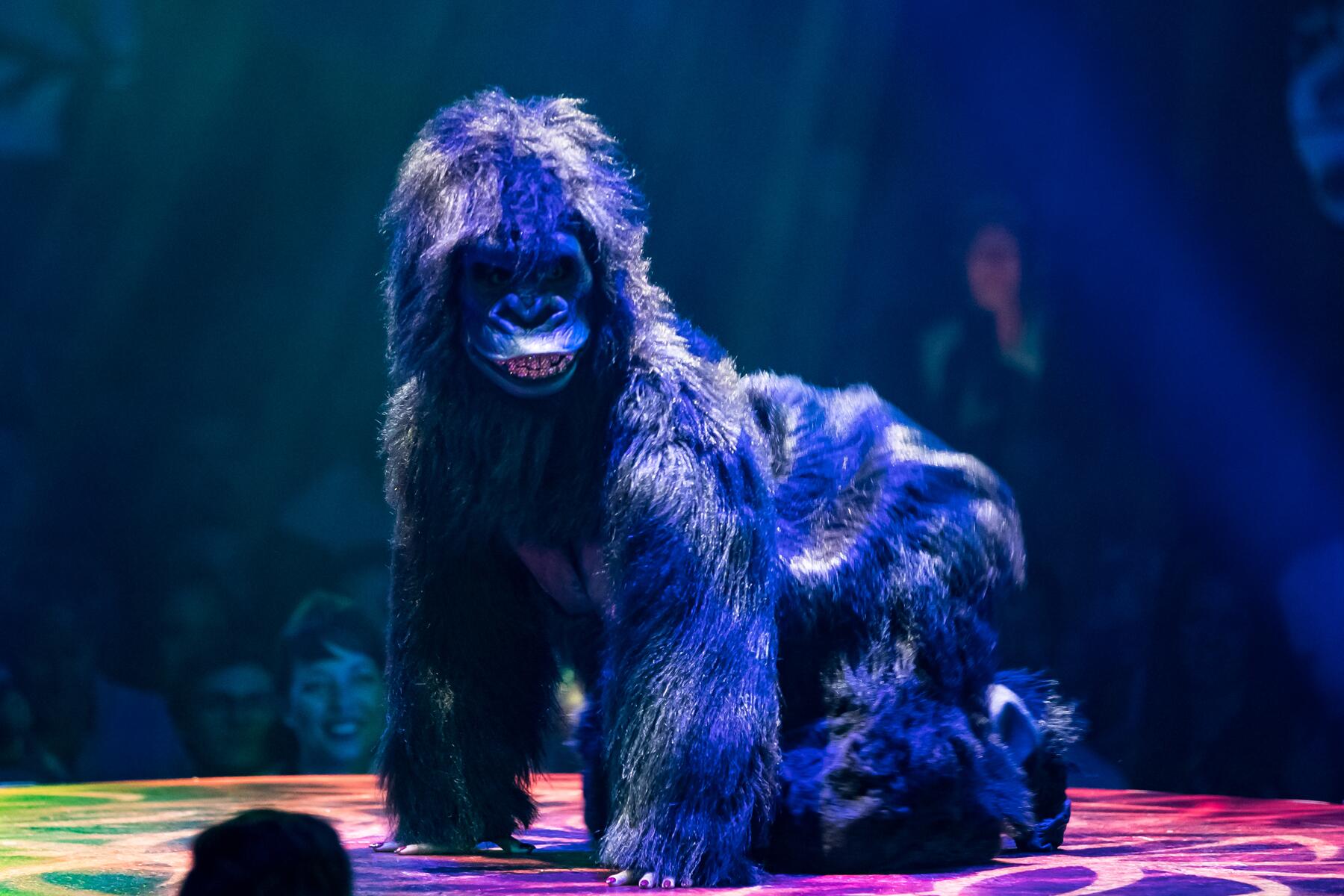 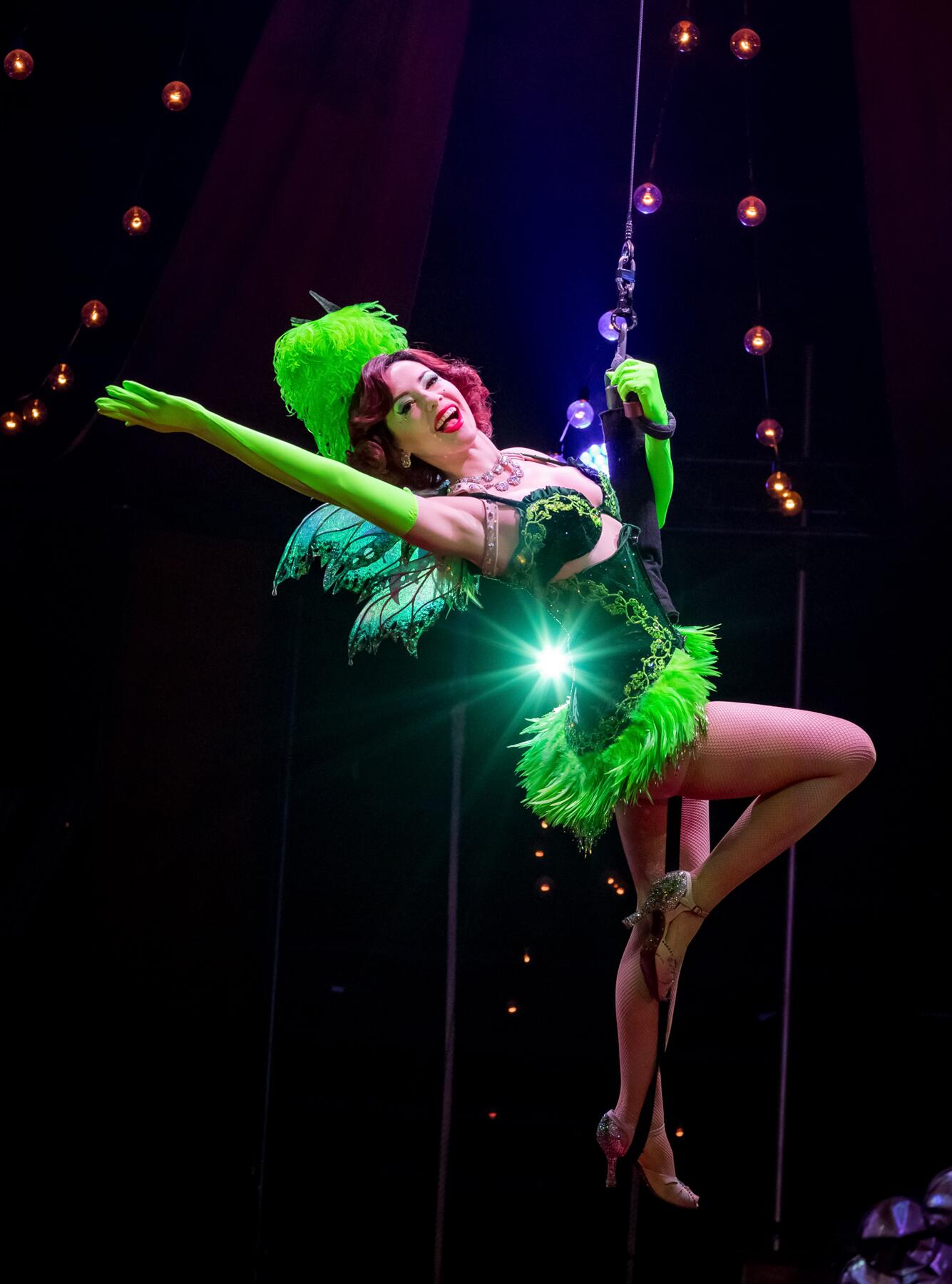 Ross Mollison, Impresario Extraordinaire of Spiegelworld (which produces Absinthe, Opium, and Atomic Saloon Show in Las Vegas), says, “People may continue to pay for innovative and beautifully-produced virtual events if they provide some kind of exclusive access. However, there is nothing that can beat actually being there. Humans are naturally social creatures. The audience is an essential component. The performer needs to hear the laughs and the applause, and we are all lifted by the shared experience.”

Every country is dealing with the pandemic differently, so the rules of social distancing vary. For events, too, there are no standard guidelines and everything depends on the health statistics and state authorities. According to the CDC guidelines, the highest risk is to those who attend large gatherings without a six-foot distance and attendees traveling from outside the local area. They recommend rearranging layouts and limiting attendance, while also prioritizing outdoor spaces. Concerts and theaters are considering these as they start anew.

In April, Denmark experimented with a drive-in concert and soon these were cropping up everywhere. Some have been considered failures for not following social distancing rules and subsequently, many were canceled (in L.A. and in the U.K.) amid growing concerns of these venues becoming coronavirus hotspots. Yet, organizers were successful in maintaining six feet of distance between cars at many venues, so the next trend that concert-goers are looking at is a drive-in performance with conscious efforts to avoid physical contact. Metallica had its own drive-in concerts this month in North America, but these were recorded and screened at theaters. 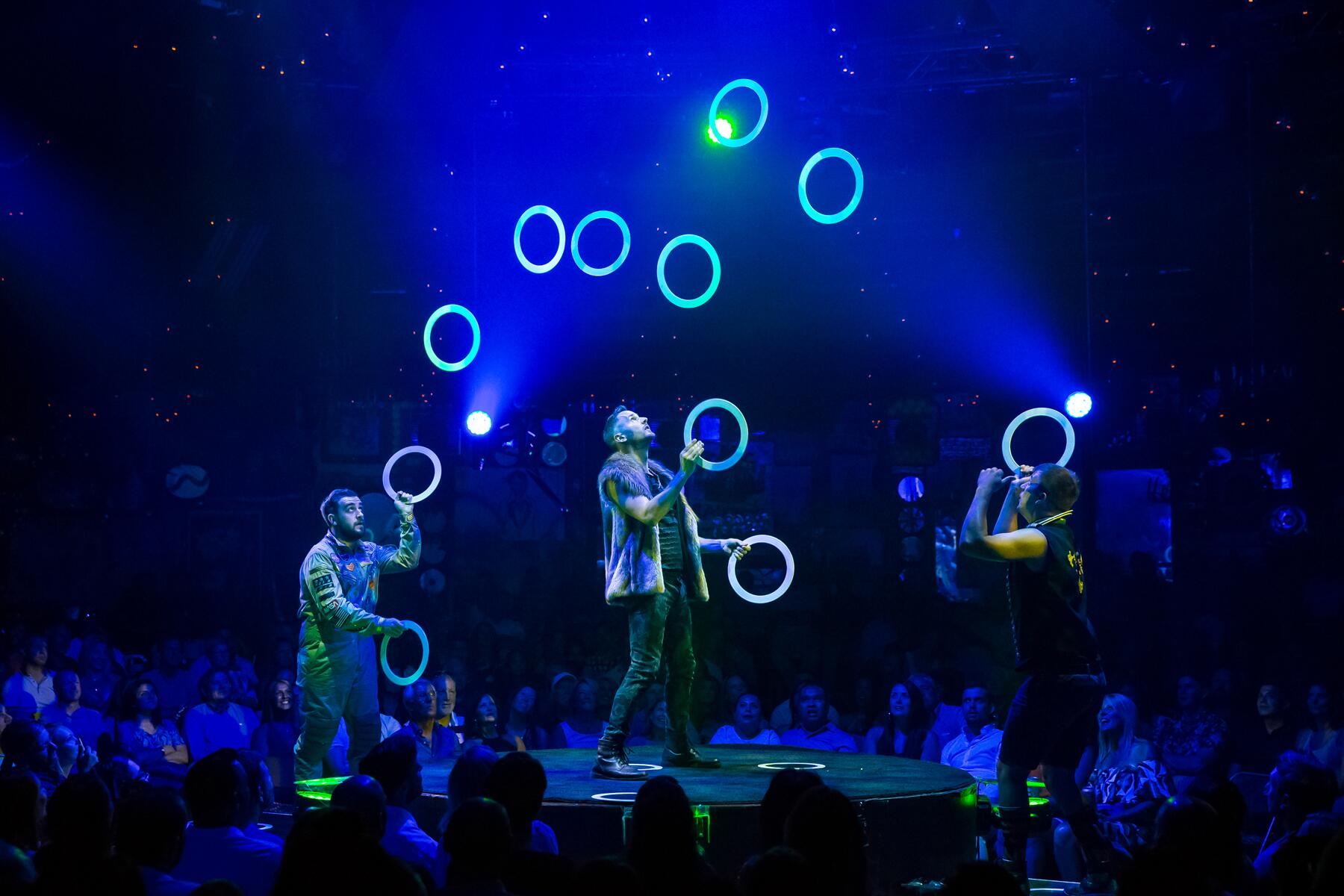 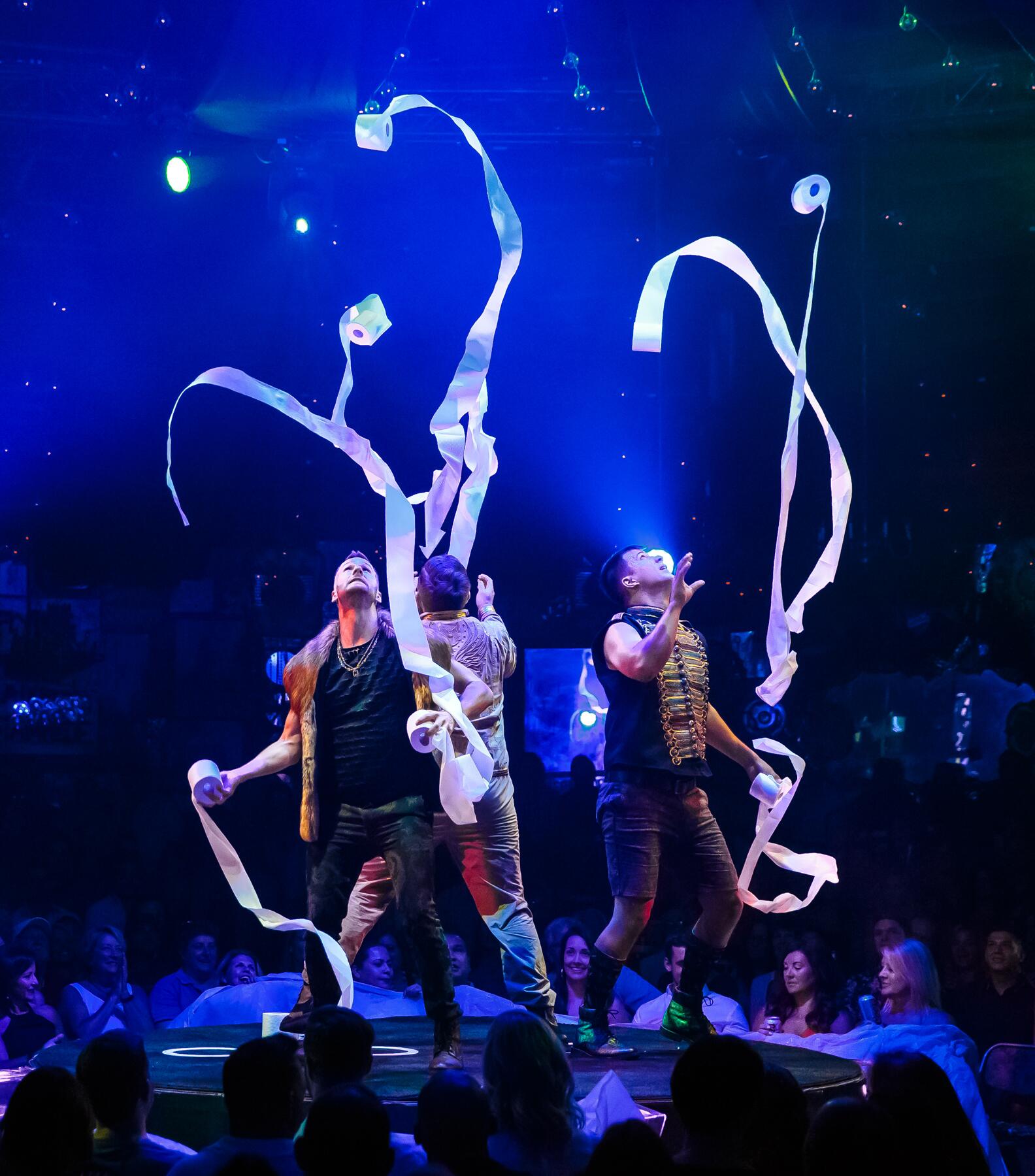 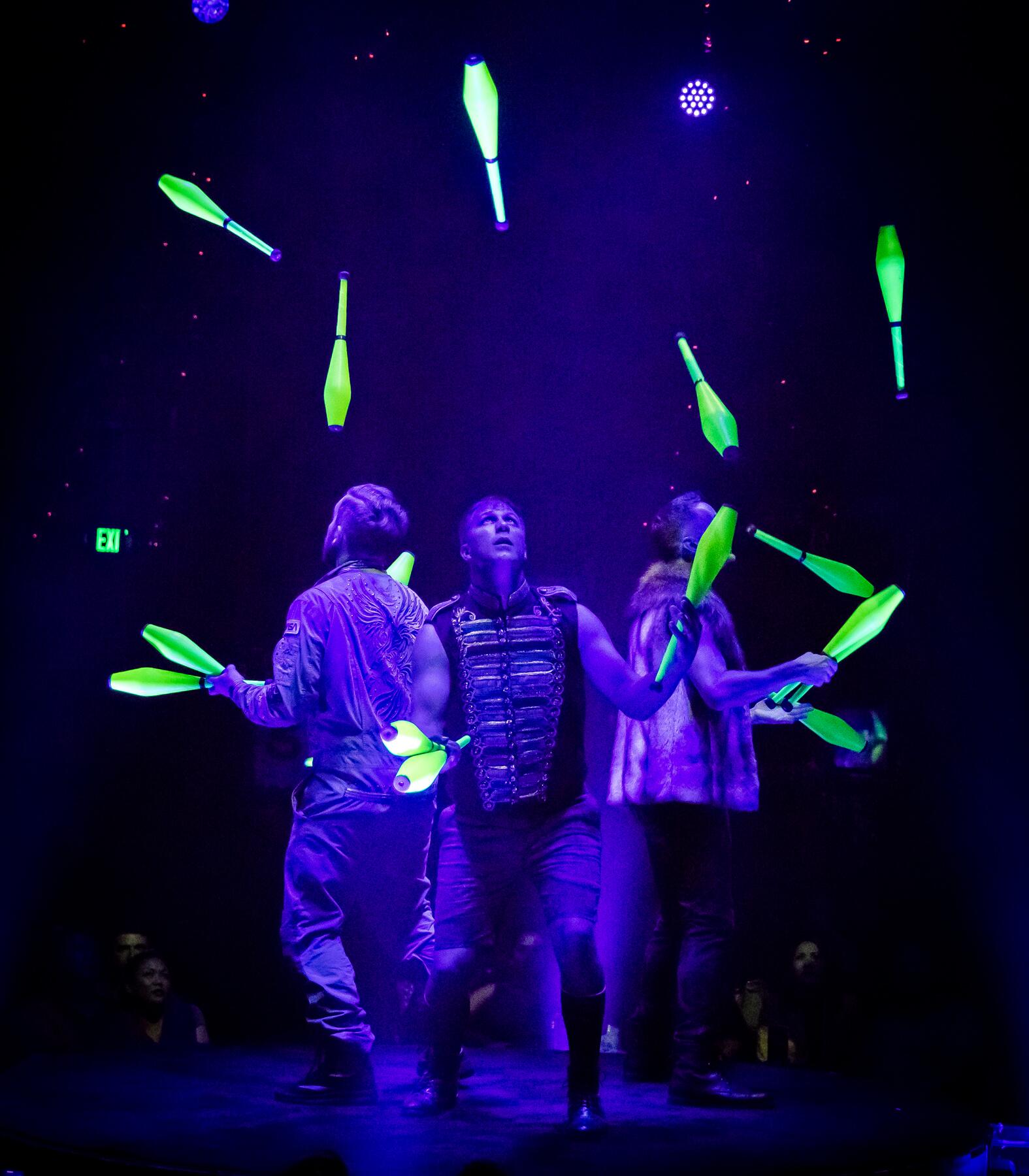 In August in the U.K., Sam Fender played at a socially distant venue—deemed the world’s first by promoters—in Newcastle for an audience of 2,500. It was an open-air, pop-up concert venue with 500 metal platforms, accommodating up to five, and equipped with a table, chairs, and a fridge each. Food was delivered to the platform and patrons were asked not to mingle and to wear masks. This may be an as-close-to-perfect setting as anyone can imagine right now.

On the other hand, indoor venues are facing a bigger obstacle, but they are adapting, too. Tokyo’s Kabuki-za Theatre opened after five months with half the capacity. La Scala theater in Milan, too, welcomed guests after a four months hiatus—out of 2,000 seats, only 600 were occupied to maintain social distance. The 18th-century opera house has announced a scaled-down lineup of ballets and concerts for the fall season. In Germany, The Berliner Ensemble Theater has removed 500 seats (out of 700) and rearranged the seating. It is set to open on September 4.

It’s a challenge for a city like Las Vegas, which is home to more than 100 showrooms and theaters and 18 large stadiums, arenas, and larger outdoor venues. These temporarily-closed venues will have to wait a little longer to attract their standard 21 million visitors (according to research by Las Vegas Convention and Visitors Authority), but they are already rethinking ways to build back better.

Live entertainment company Spiegelworld is set to bring back its wild ride show Absinthe, set in a tent at Caesars Palace. The venue is reconfigured with socially distanced cabaret-style seating to accommodate 220 guests (down from 600); other measures include temperature screenings, sanitization before and after the event, table service, and a new BiPolar Ionization Air Purification System. 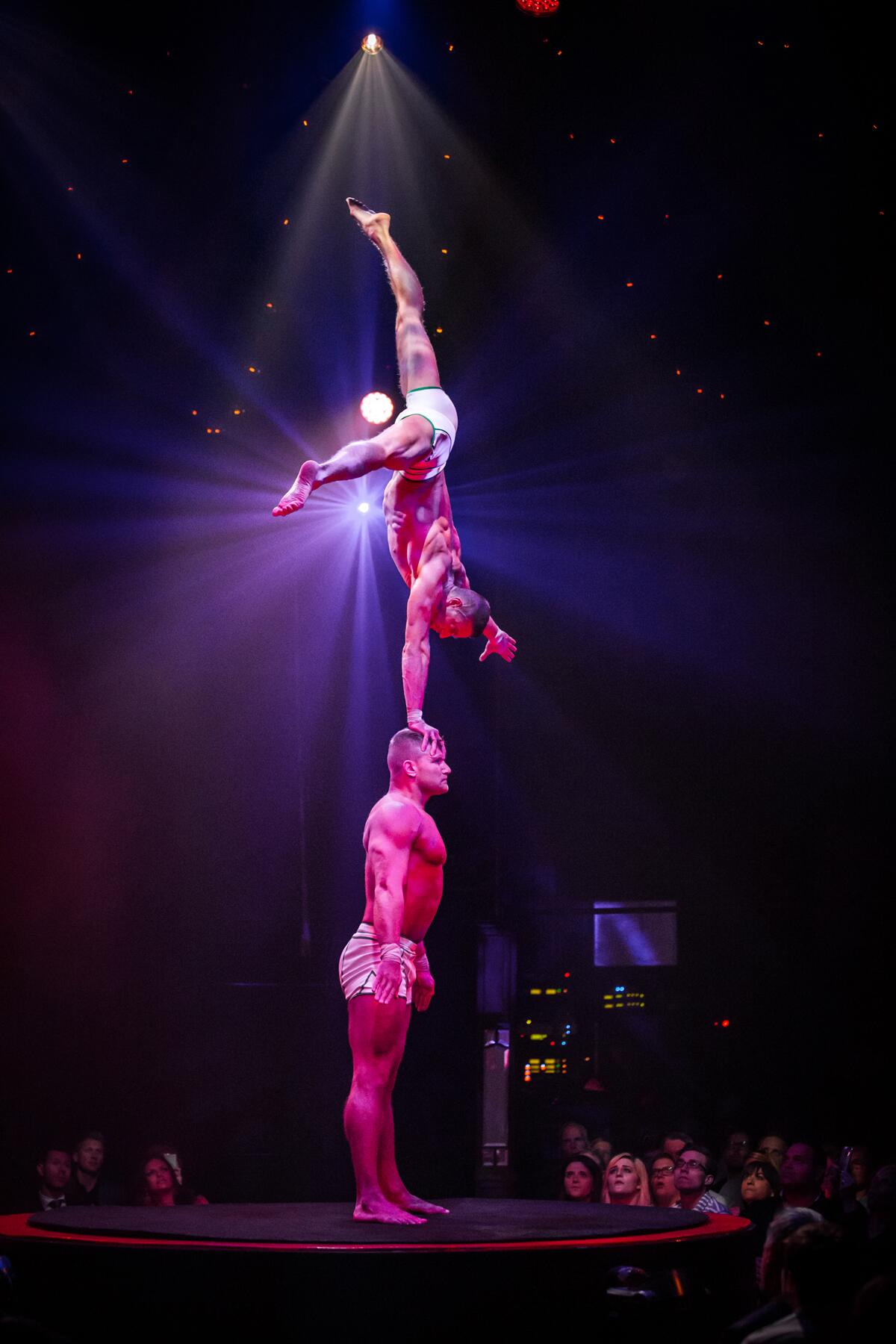 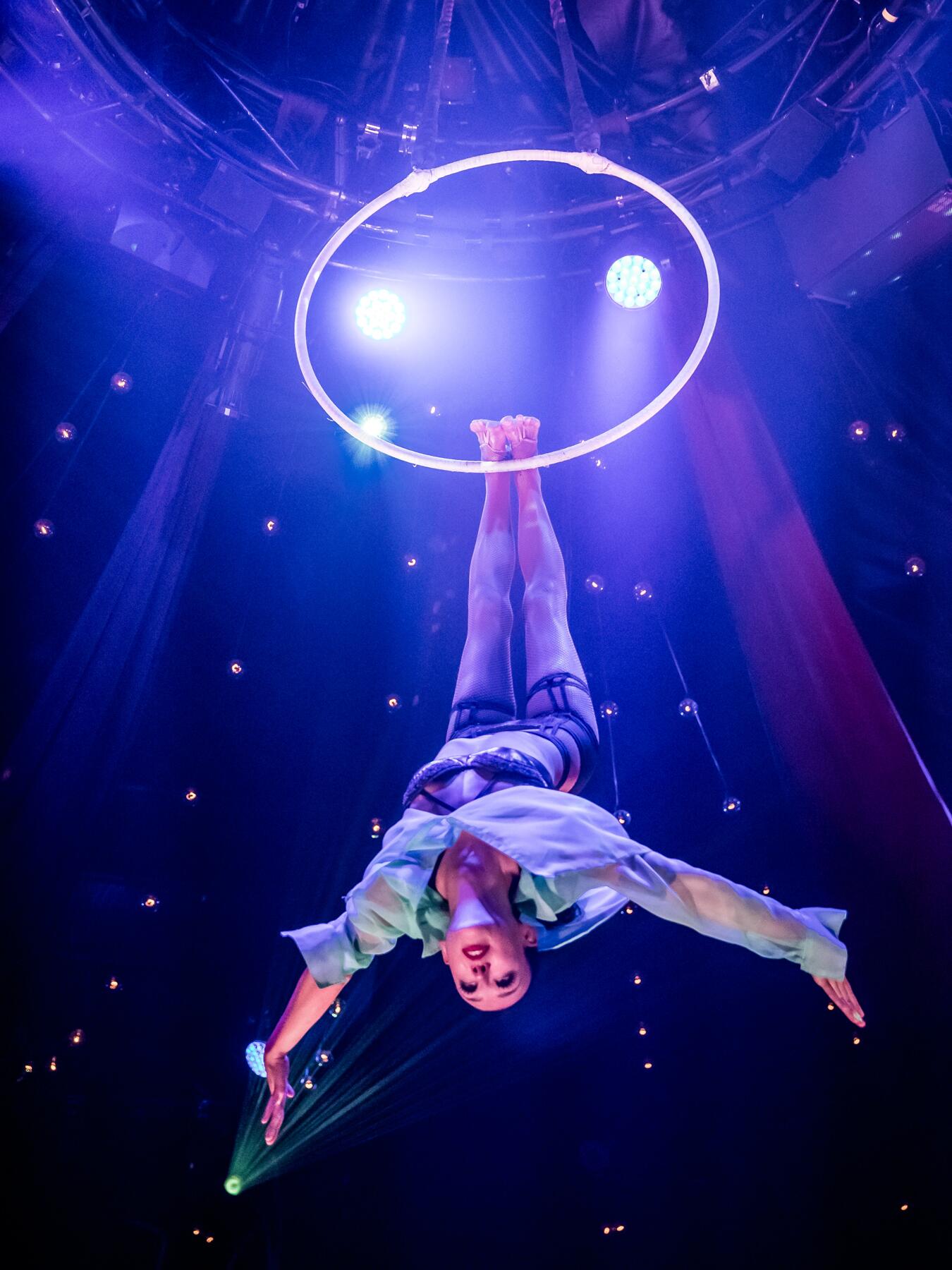 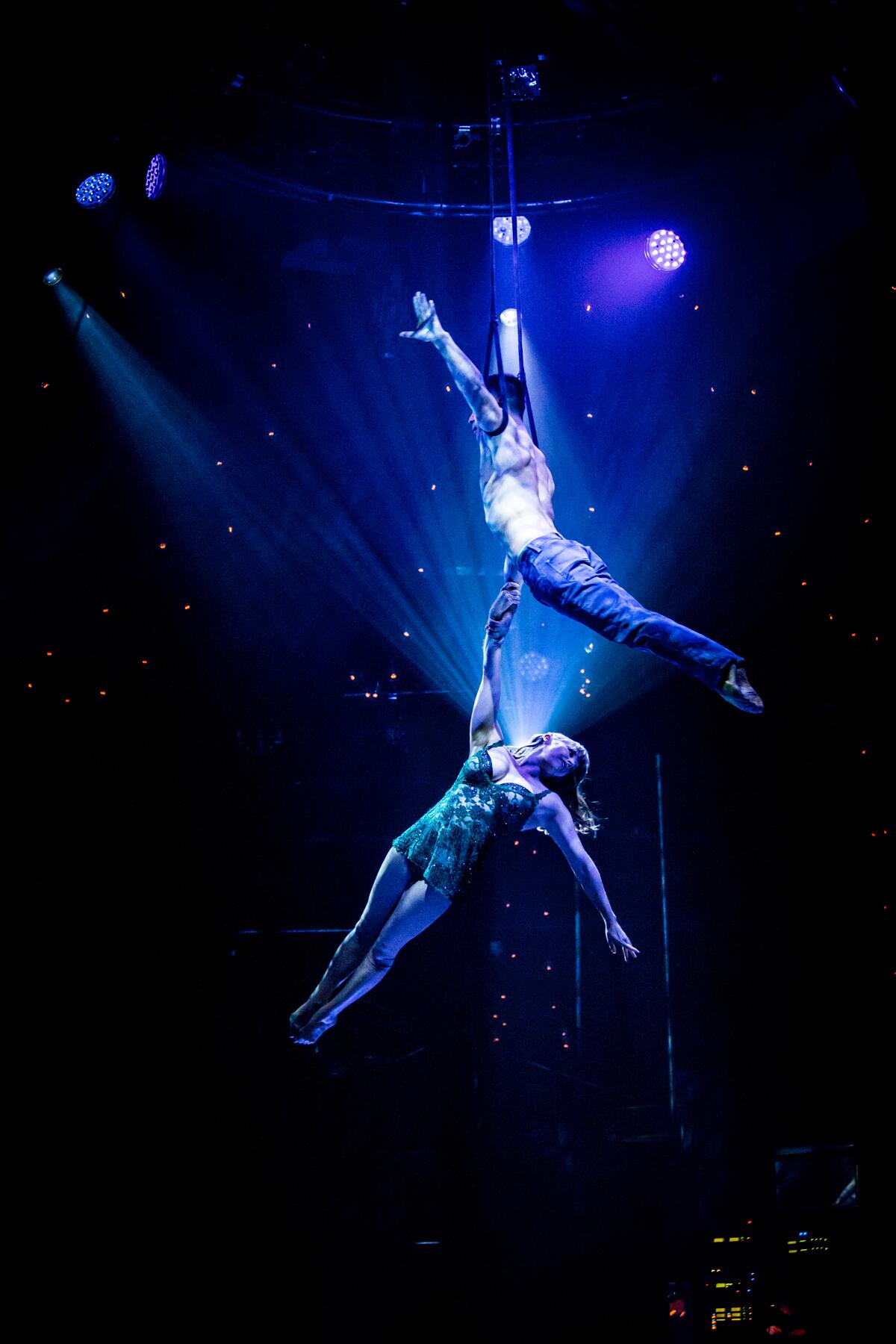 Mollison explains, “Many of the casino resorts in Las Vegas re-opened in June and visitors were quick to return, albeit in smaller numbers on weekdays to begin with. It’s a sign that people are craving a return to fun and escape, and that’s what Las Vegas is best at providing. Guests can currently enjoy the gaming, restaurants, shopping, and pools, but the missing ingredient has been live shows and Spiegelworld is keen to get our three shows open again just as soon as the Governor of Nevada and the Gaming Control Board agree it is appropriate for live entertainment to resume.”

Another event in Germany is depending on strict social distancing practices to keep the audience safe. Bryan Adams recently announced that he will be performing at a socially-distant concert in Germany in September, which will be attended by 12,000 people.

In a press release, Live Nation Entertainment explains safety protocols, “Fans will have to register their contact details when buying their tickets and agree to the special terms and conditions of this all-seated concert. All fans must wear face masks and the seating arrangements will ensure social distancing. Further measures include larger waiting areas outside the stadium, tiered entry and exit time slots, and an alcohol ban, as well as regular disinfecting and additional hygiene precautions.”

Attendees will not need to undergo a COVID-19 test, but they will be seated five feet apart. There will be no breaks between sets and Adams shared that he will perform without a band, acoustically.

It’s Going to Be Tough for Intimate Venues

Travelers might have to wait longer to be back in some venues. Broadway theaters won’t open doors for the rest of the year. The Broadway League has announced that the curtain will remain closed until January 3, 2021, while the group plans its comeback. Some of the theaters are over a hundred years, so measures such as an HVAC system that disinfects air will need more deliberation. Besides, the intimacy of a Broadway theater (with its narrow aisles and cramped seats) doesn’t allow the privilege of social distance that larger theaters have been experimenting with.

In an interview with MetroFocus, Broadway League President Charlotte St. Martin said that they are working with health officials and experts, and discovering new things every day (like the 15-second test), but low capacity isn’t an economically viable option for them. “The financial model just doesn’t work. We had four of our theaters actually do a floor plan showing true social distancing and the best-case scenario was that 27% seats could be filled. Well, that can’t pay the bills.” She adds that the backstage areas are also small, so even if the audience is socially distant, the cast and crew can’t be. 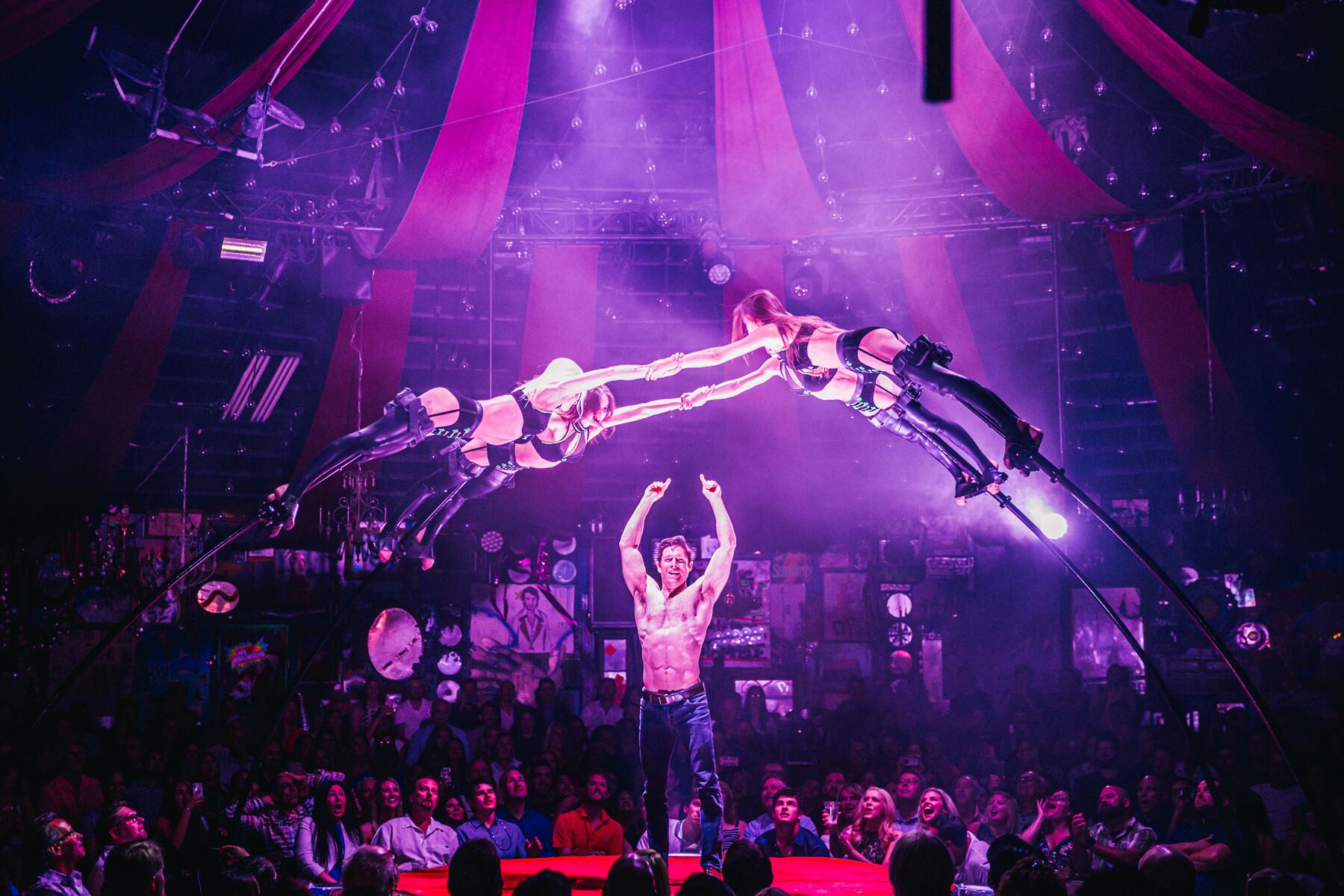 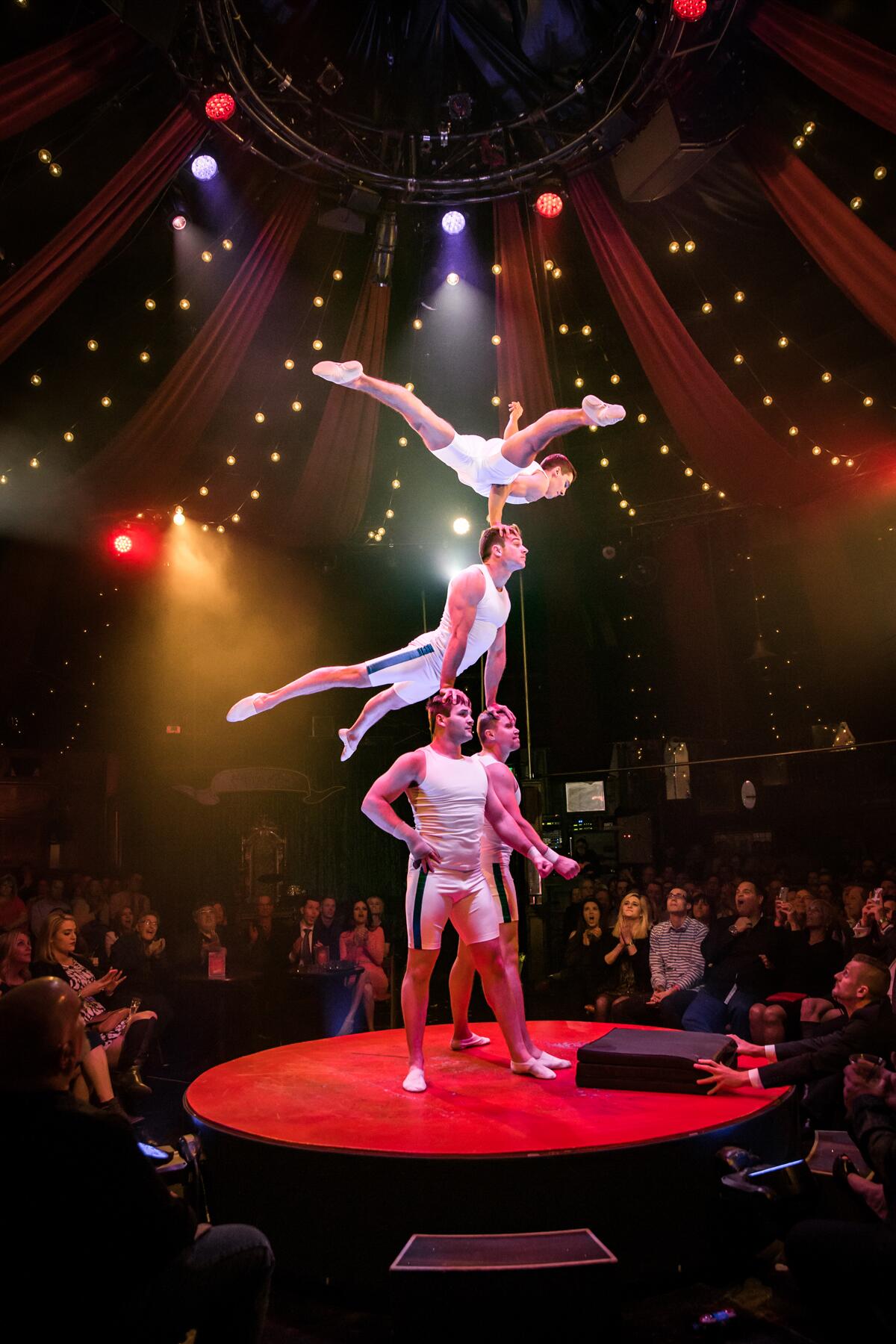 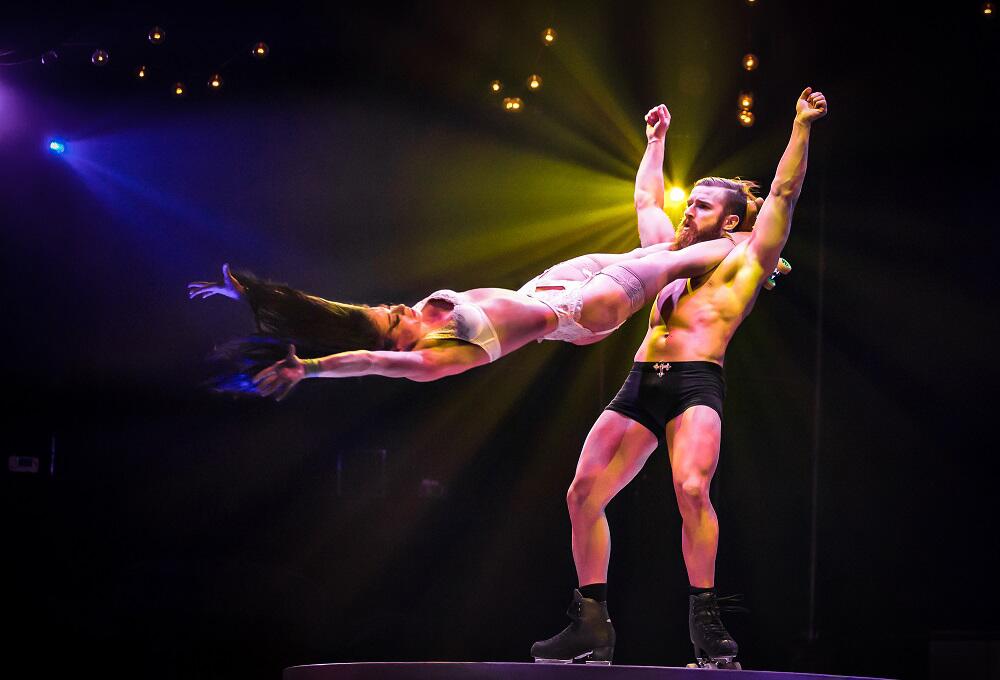 Same goes for cabaret salon Crazy Horse in Paris that’s also waiting for the situation to get better. Andrée Deissenberg, General Manager Creation & Development for Crazy Horse, explains that the French government had given guidelines on how to open, but they weren’t able to work with them. The venue is small, so keeping social distance between the audience and between artists on stage is difficult.

Cabarets are intimate, she explains, so the experience is completely different from a theater or opera. The seating arrangement has tables and areas set up so people can talk, drink, and watch the show. “One of the things [about] cabaret is to be with people, to share a joint experience, to come together in a beautiful venue, to laugh, to have champagne, and to have the energy and the bonding that goes on with the artists and the audience, and also between the audience members.” She adds that it’s a convivial moment, so people share time and emotions—something that can’t be translated into screens via virtual events.

But here’s another important question: will people attend if some do manage to open? 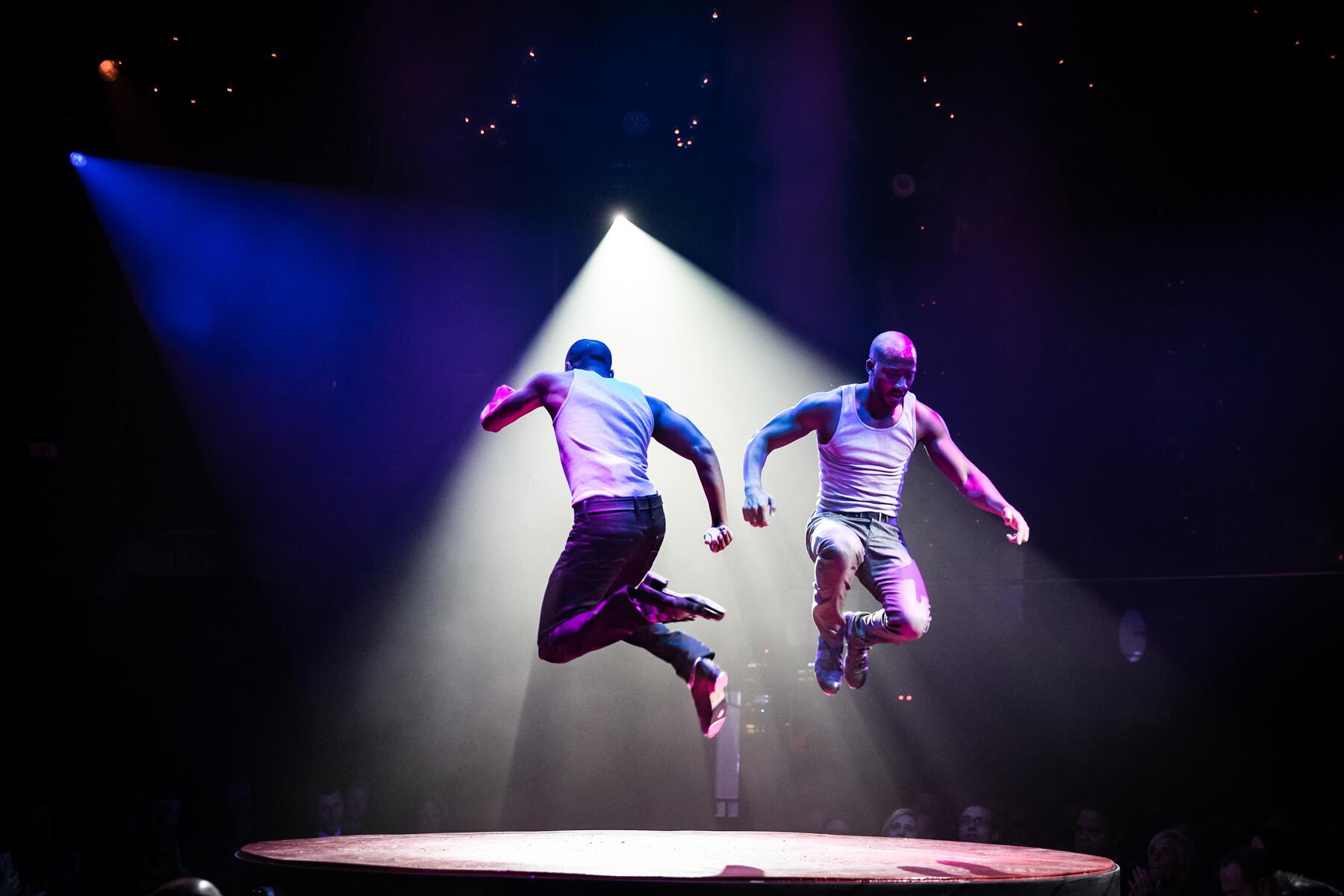 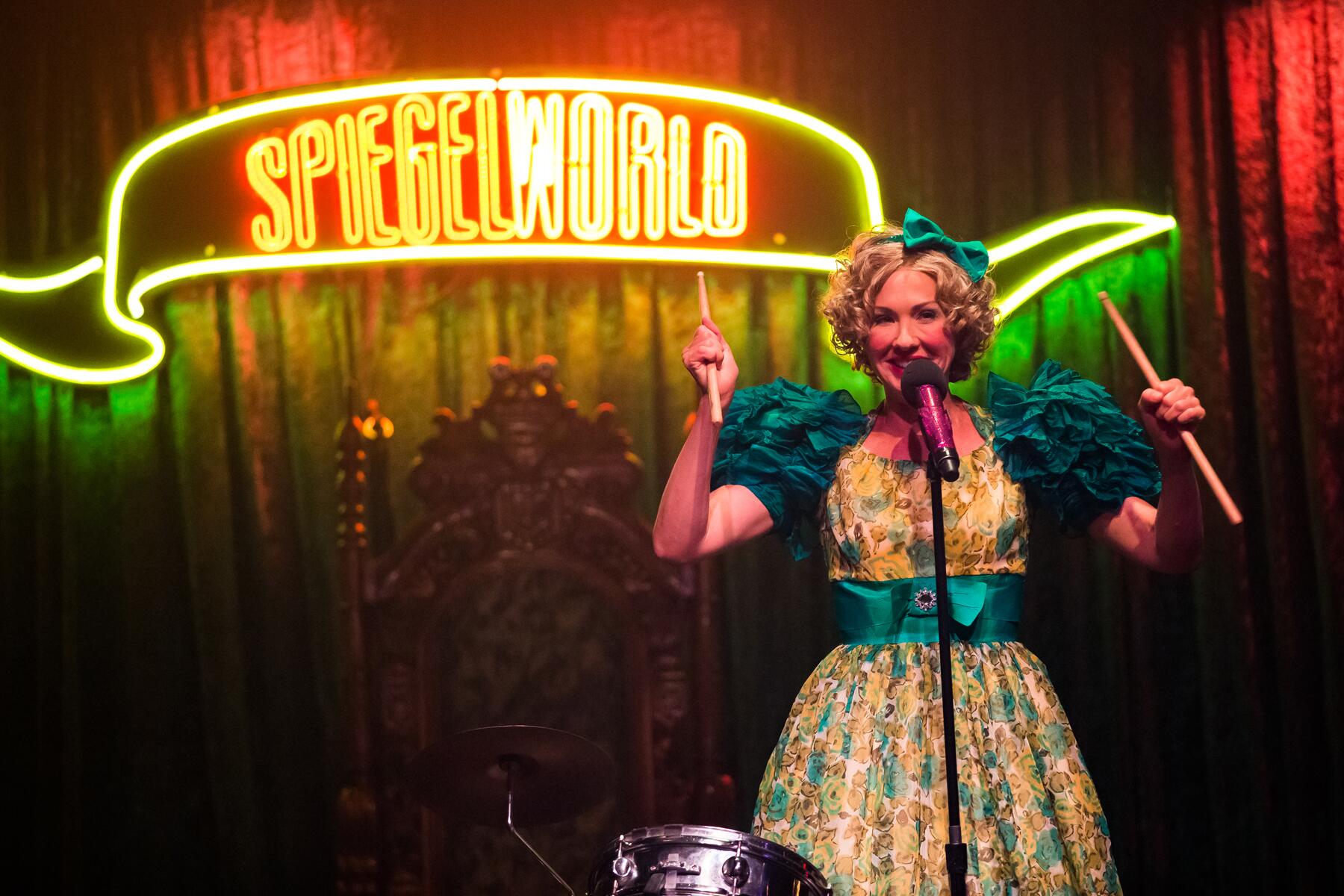 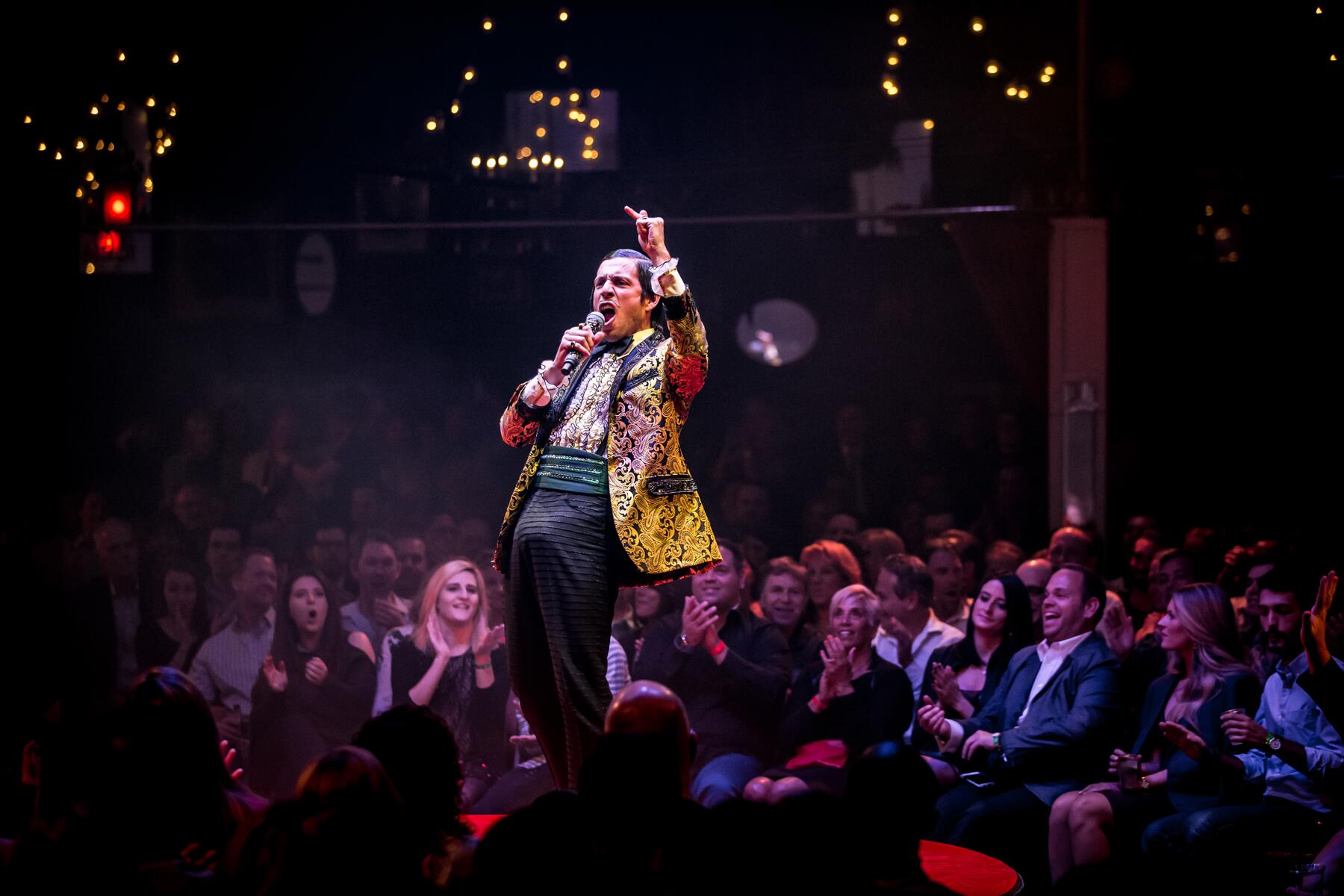 Like many other countries, France is on the tipping point right now after a resurgence of the virus in some areas, so Deissenberg doesn’t think people would be going to watch cabarets soon. “I don’t know how many people would be comfortable going back to cabarets right away. We really need to see the end of the summer and see how the pandemic is playing out.”

Even for other events, it may take some time for people to get accustomed to the idea of sharing physical space with others again. Bhavnesh Sawhney, co-founder of bespoke events and wedding-planning company FB Celebrations, opines, “With the surge in COVID-19 cases, in either the first wave or the second, around the world, people are merely finding the courage to go out for essential activities. It may be a while until people go back to venues for live performances that are purely a leisure activity.”

He suggests that virtual events are a great way to stay connected until we have a vaccine.