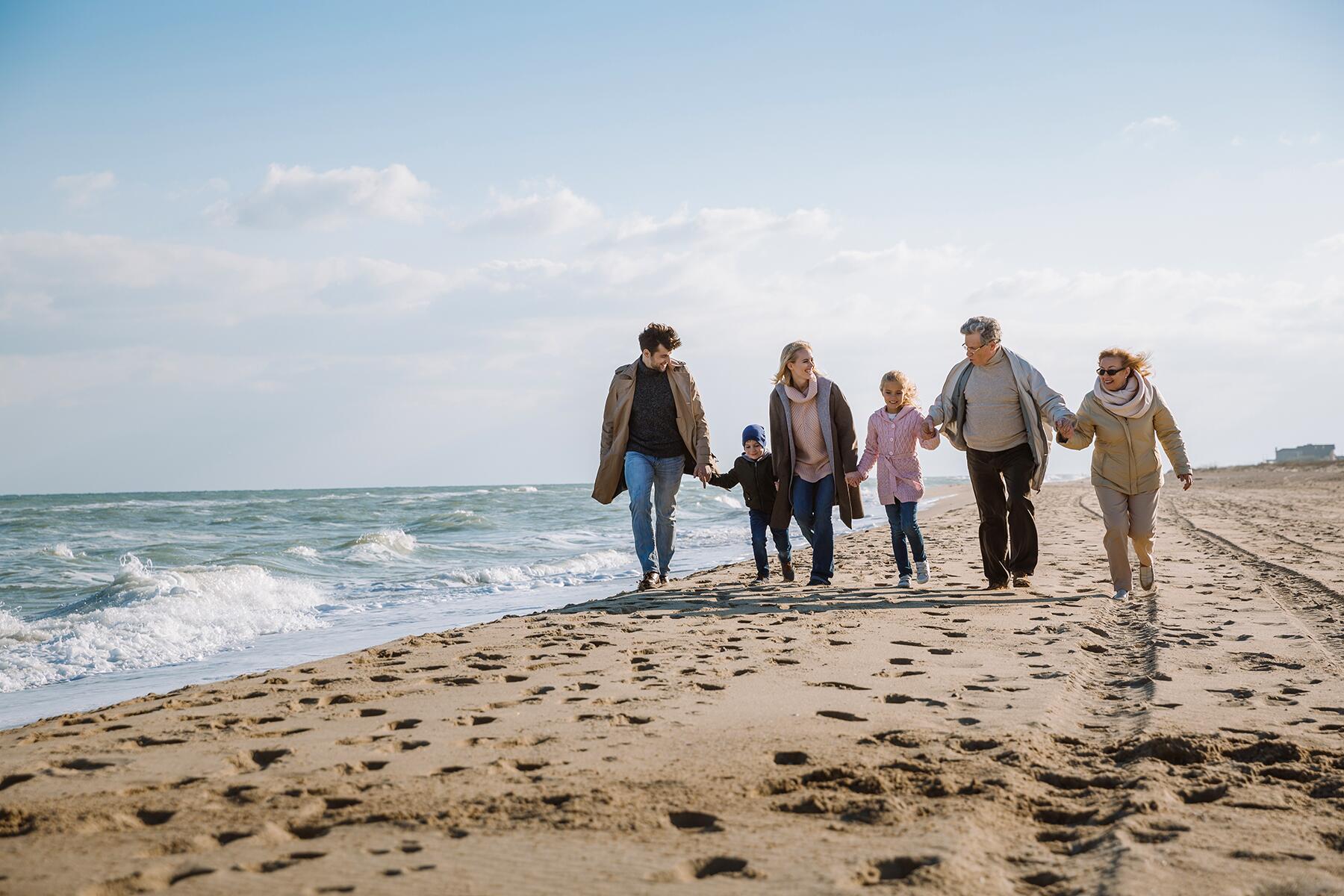 Futurist Glen Hiemstra gives us a glimpse at the ways the travel industry may change as a response to COVID-19.

There’s no sugarcoating it. Travel has been hit hard by the current coronavirus pandemic. Much of the world is on lockdown, many people are unable or unwilling to travel, and flights are operating with decreased frequency. The only thing that seems to be getting through all the closed borders and travel bans right now is the virus itself. It can be hard to see beyond this time of near-total grounding to the trip at the end of the tunnel. However, know that the question is not will travel return but what will it look like when it does?

Even now, in the middle of a pandemic, travel is not dead. It’s having a rough time, but it is not dead. People are still traveling, though mostly (hopefully) for essential-only purposes. When regular travel returns it’s likely to come back in stages and it may not look exactly like we remember—but that’s not necessarily a bad thing.

Domestic and overland travel may finally have a big moment as people dip their toes back in and test the waters. (In fact, over a quarter of polled Fodor’s readers said they’d immediately start traveling domestically when we’re able to, and 52% said they would start after six months, while heading overseas is on the table for 13% and 33% of them, respectfully.) Domestic travel will likely be easier to accomplish, especially if borders remain tight and travel bans are still in place. Hiemstra adds that there might be an “explosion of desire to go to see people” like friends and relatives we’ve been unable to visit while social distancing or on lockdown.

Some of our first getaways might look like camping trips, day trips, visits to national and state parks—in other words, minimal-contact domestic vacations where we don’t have to risk staying in busy hotel rooms, hanging in crowded public spaces, or traveling on cramped planes.

International travel may not see a large comeback until we’re able to get a vaccine in our hands (something that scientists say won’t arrive until, at the earliest, fall 2021, and even then Hiemstra doesn’t think it will become a psychological soother until early 2022), but this kind of self-contained domestic travel has the potential to rebound much sooner. Countries may even encourage it as a way to help rebuild their economy.

When preparing for the future, it’s smart practice to look at the past. Unfortunately, there’s not a lot for us to go on with something like the current coronavirus and COVID-19 situation, especially when it comes to the future of travel. Similar and obvious go-to historical events like the 1918 pandemic of Spanish influenza, the 1929 stock market crash resulting in the Great Depression, and life during both World Wars aren’t great predictors on how coronavirus may affect travel.

Why not? Well, back then we simply weren’t the voracious globetrotters we are today—large-scale commercial travel and aviation didn’t really take off until the 1950s. There also doesn’t seem to be too much out there on the economic collapse of 1987 or the Great Recession in 2008 having a deep negative impact on travel. What we can look at, though, are ways that travel changed after the 2001 September 11th attacks.

There might be an explosion of desire to go to see people like friends and relatives we’ve been unable to visit while social distancing or on lockdown.

Understandably, air travel suffered most after 9/11 since people were afraid to fly. Airlines responded with deeply-discounted airfares, and budget airlines popped up everywhere, including low-cost spinoffs of major airlines like Delta Song. It’s possible we’ll see this again, and likely not just limited to flights, in order to entice people to get back out there. Actually, it’s already happening. Tour operators, cruises, and flights are going for much less than the usual market rates (and offering free changes and cancelations to boot!). What better way to get psyched about travel than by starting to plan a trip for when this is over?

If people do happen to start traveling internationally before a vaccine is developed, they’ll likely set their sights on destinations that had little or no trouble with coronavirus, or places with stellar recovery rates. There’s only one problem, depending on how soon this happens: the destinations may not want them there. The fear is real and not unfounded. A recent second wave of coronavirus cases in Asia is heavily tied to an uptick in incoming international travel. To help mitigate a second-wave spread, China announced on March 26, 2020, that it would begin temporarily banning foreign visitors—even if they’re holding valid visas and residence permits.

“The one [industry] that will struggle to come back quickly will be the cruise industry,” says Hiemstra. “For obvious reasons.” We have already seen how quickly pathogens can spread at-sea (both with the norovirus and the current coronavirus) and how easily it is to get stuck in a hellish, unexpected quarantine on a ship. Plus, many cruisers are in an older, more vulnerable age group and may no longer want to take the risk. Smaller cruise ships and river cruises take note; this might be your time to shine.

However, Hiemstra isn’t counting out megaships just yet since their economics and larger-than-life amenities will be hard to replicate on a small scale. Instead, he said these companies—Royal Caribbean, Carnival, Holland America, and the like—should get to work right now retrofitting their ships while they’re out of service.

“I could imagine those massive cruise ships being retrofitted so there’s a section of 40 or 50 rooms that are essentially quarantinable,” he says. “So, if somebody gets sick, they can instantly reshuffle and create a kind of quarantine section.” He builds out the contingency plan even further by suggesting that they could add a couple more ship doctors, more medical equipment, and different kitchen facilities and staff—and then market that as a safety feature to wary cruisers. Other possibilities could be temperature checks as you board, exit at port, and return at port to ensure no one is ill and possibly infectious—and if you are, you move into quarantine. It’s not fool-proof, but it’s something.

Speaking of temperature checks, it’s a very real possibility that airlines and airports could—or rather should—require routine temperature screenings for passengers before they board a flight. If you’ve ever traveled during an outbreak, you’ve probably already experienced walking through body temperature scanners set up before you enter a cautious country. Besides, it would be easy enough to add to the already-annoying, but widely accepted gamut of TSA and security screenings already in place.

What’s Not Likely to Change

Traveling to big cities will always be on travelers’ bucket lists. People love being pampered, love their spas, and love being lavish so luxury travel will probably still thrive (maybe even more so if it can offer an extra element of promised protection and exclusivity during travel’s initial reboot). Likewise, adventure travelers probably won’t stop exploring the outdoors. In fact, as we speculated with domestic travel, more nature-starved people may follow in their footsteps when they’re out of lockdown.

The immediate future of travel following this pandemic will not only depend on a vaccine becoming available, but also on how well the travel industry can convince us that we’re safe in their hands.

The immediate future of travel following this pandemic will not only depend on a vaccine becoming available, but also on how well the travel industry can convince us that we’re safe in their hands. Personal finances will be battered, making affordability a key component in how many people start traveling again and how soon. But the truth is, people will always want a vacation and people will always want to travel, it’s just going to take us a little while to find our footing and soothe our anxiety once we are given the green light.

“The number one benefit of the travel industry, the international travel industry, in particular, has been the knitting together of one world and enabling people to see themselves as part of the world rather than separate from it,” Heimstra says.

After weeks of living apart in the present, we can’t imagine a better way to spend our future. We hope you’ll join us when the time comes.

To me, one of the tragedies of the coronavirus pandemic is that it will make people wary of mingling in public spaces.  To me, part of the fun of traveling is mingling with the locals:  I love street markets, outdoor festivals, etc., and now those are dangerous.