Emily in Paris is the closest thing I have to traveling to Paris right now, so naturally, I indulged. It was light. It was scenic. It was…utterly frustrating. And yet, I still wanted more at the end.

For those of you who haven’t binged it, the show starring Lily Collins is the story of a perky Chicago marketer who falls into a job in Paris to give an American perspective. No matter that she doesn’t qualify or speak a word of French—she’s an American!

The show has garnered lots of controversy for its cliché stereotypes of both Parisian and U.S. culture, and even upset a Chicago pizza place in the process. Translation: Emily damn near broke the internet, and we are all certainly talking about her, rolling our eyes, and watching in record time. 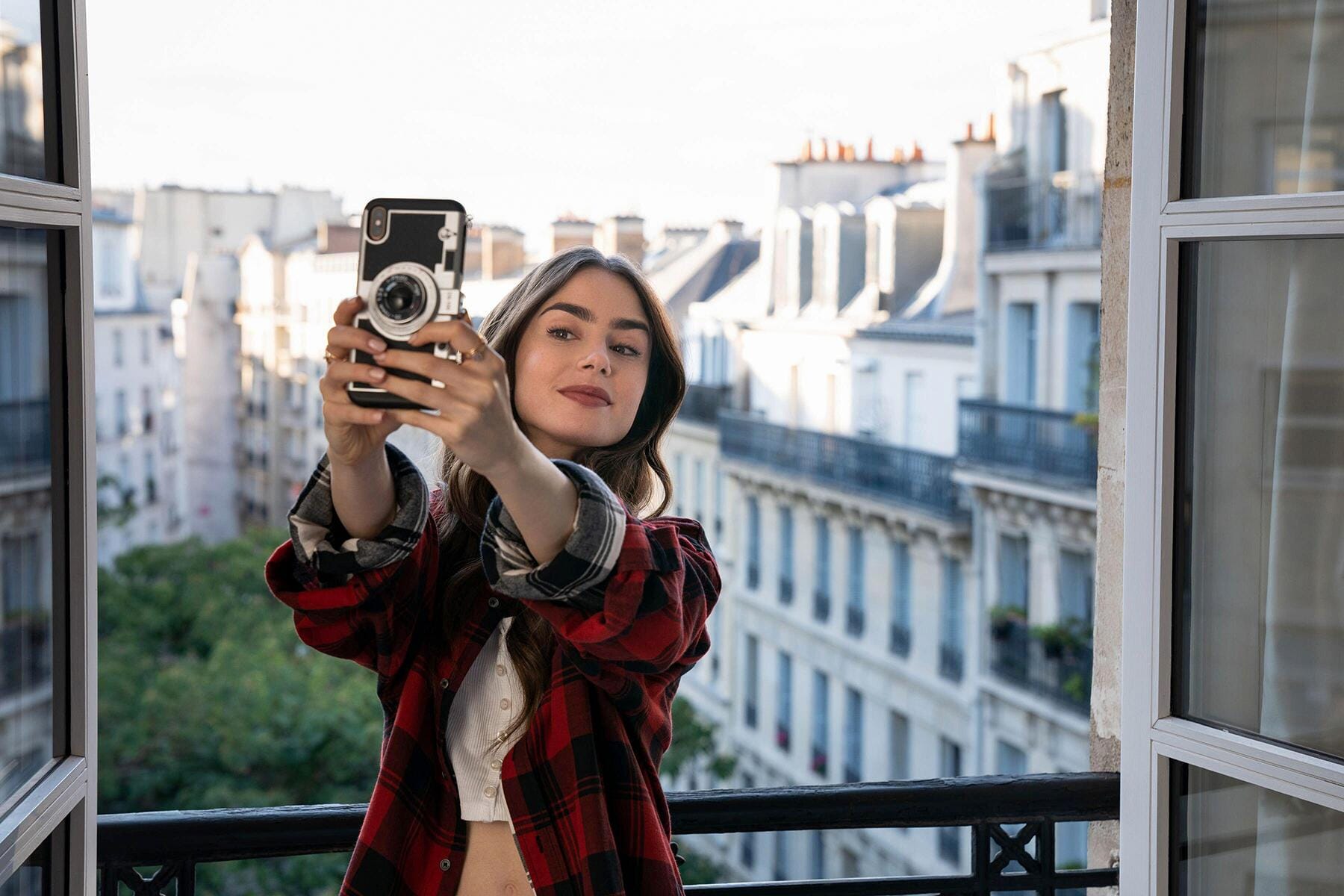 Why? Because we could’ve traveled it better, all of us. And if we could just travel there again, we could prove it.

Would you insult a French designer? No! Would you pick up on basic cultural norms? Yes!

If you’re like me, the show probably reminds you of your own Emily in Paris moment (mine was living in France for a year after college, teaching English). While I’m sure I committed my fair share of faux pas, I can safely say I never shouted “the entire city looks like Ratatouille!” So I think I speak for a lot of people when I say that Emily can sometimes be the exact “ignorant American” stereotype we fight against when living abroad. Even if you haven’t visited, you probably know better than the show’s main character how to say “hello” to a shop owner or use a converter for your electronics.

It’s why I found myself yelling things at the screen like:

I wanted to reach through the screen and replace Emily with literally anyone who had put in the work—to give Americans who do care about French culture a good name. I found myself rooting instead for the perhaps overly pessimistic French characters (like Sylvie), or the genuinely good ones (like Camille), who Emily betrays (really not okay in any culture, Emily.).

I do have to give it to her, though. She has a stubborn optimism—dare I say joie de vivre?—that just won’t quit. Life gives her French citrons and she makes it into sugary American lemonade. And she sure as hell persevered despite being labeled as basic, so for that, I applaud her. Confidence is a good thing to have while traveling, and so is putting yourself out there. I just wish the show would not have consistently rewarded her for being ill-prepared.

Is it fair of me to want Emily to be a good American ambassador? Maybe not. Maybe I’m expecting too much, having lived and worked there, and being a travel editor who covers that area of the world. But I think we should set the bar a little higher for ourselves. More than anything, I just want viewers to know that a few selfies won’t make you successful or Insta famous in Paris. And it’s certainly not why you should want to go there. 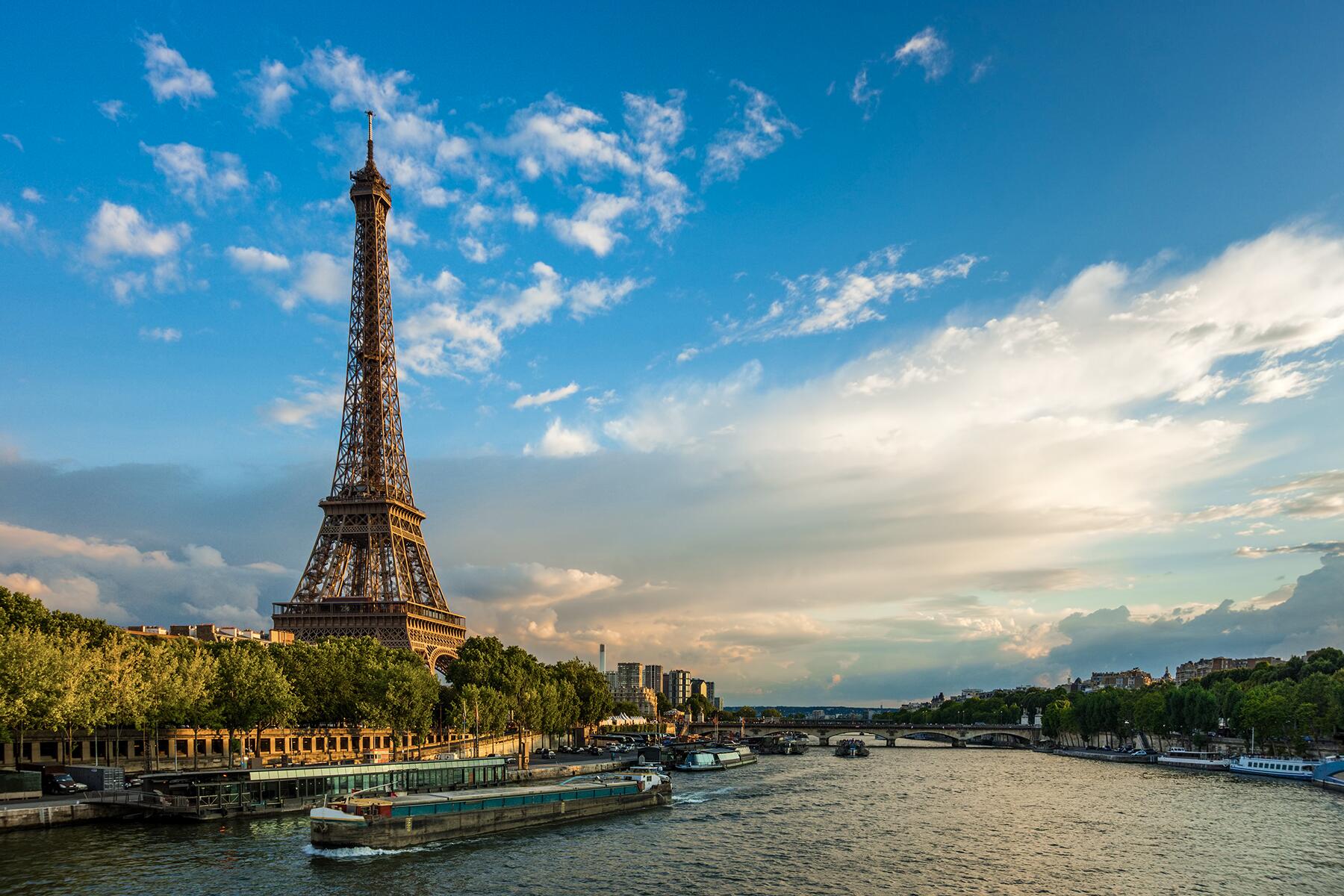 So yes, the storyline and main character were, at times, annoying. Paris is not all naked butts walking across the Seine, rolling into work late, and older men hitting on you. But maybe, just maybe, the show is successful because we are all talking about it. It’s a new playbook of what to learn before you go—basic things like: how to say hello, be aware of your surroundings, and put some effort into learning the language and customs before moving to a new country.

Despite all that, I felt renewed by seeing Paris again, even if only on screen. There was something charming about watching someone see the city for the first time, and I couldn’t wait to see where they’d go next—even if Emily definitely wouldn’t know where that was.

Ultimately, the character that made the show well worth the watch was Paris. Images of L’Atelier des Lumières, the Seine, Canal St-Martin—they were uplifting during a time we can’t travel there, when we welcome any distraction at all. They were the inspiration for planning our next trip, well, when things are safe. And for giving us that, Emily, merci mille fois.

I saw the entire show...i thought it was silly and a welcome distraction to Covid.  Of course the background of Paris...well, couldn't be better....maybe season 2 will be better, maybe Emily will mature some and stop sleeping with 17 year olds. And she needs to show that she has learned French, maybe not perfectly but better....I loved her friend who can sing up a storm... I went to Paris a couple of years ago. I only spent a couple of days and want to go back...So I am enamored with the scenery. I don't speak French but found most service workers do...restaurants, hotels, etc...but I can navigate with bonjour, merci, Au Revoir and wi...Emily in Paris is escapism at it's best.

My adult daughter and I have traveled to Paris for two weeks every other year since 2014. We were scheduled to spend another 2 weeks in April, 2020 but COVID cancelled that trip and we rescheduled for September, 2020 but needless to say, THAT trip was COVID CANCELED also. We are now hoping for our next trip to be in September, 2021. Fingers crossed.
So we watched Emily with combined horror and fascination! I am fairly fluent in French and my daughter has picked some up in our travels. So we know to always "Bonjour" and "Au Renoir" and "Merci" when appropriate. We know how not to "dress American" but be well dressed for any occasion.
We have NEVER observed anyone in Paris dressed from head to toe in Haute Couture as Emily was. Sacre Bleu!Our greatest enjoyment came from the background scenery of the show. Oh Paris! How I miss you. Until next September we must bid you "Adieu"!