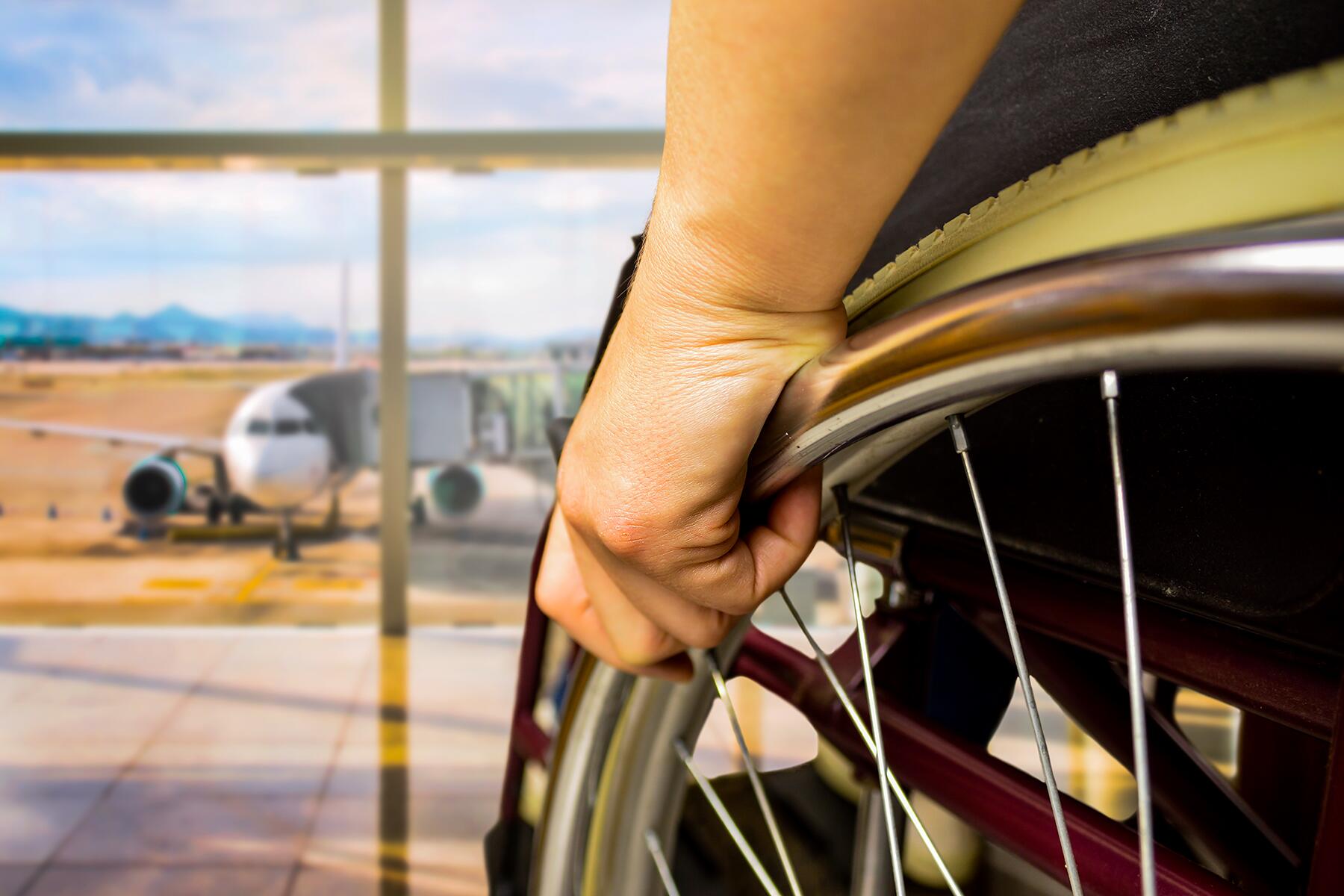 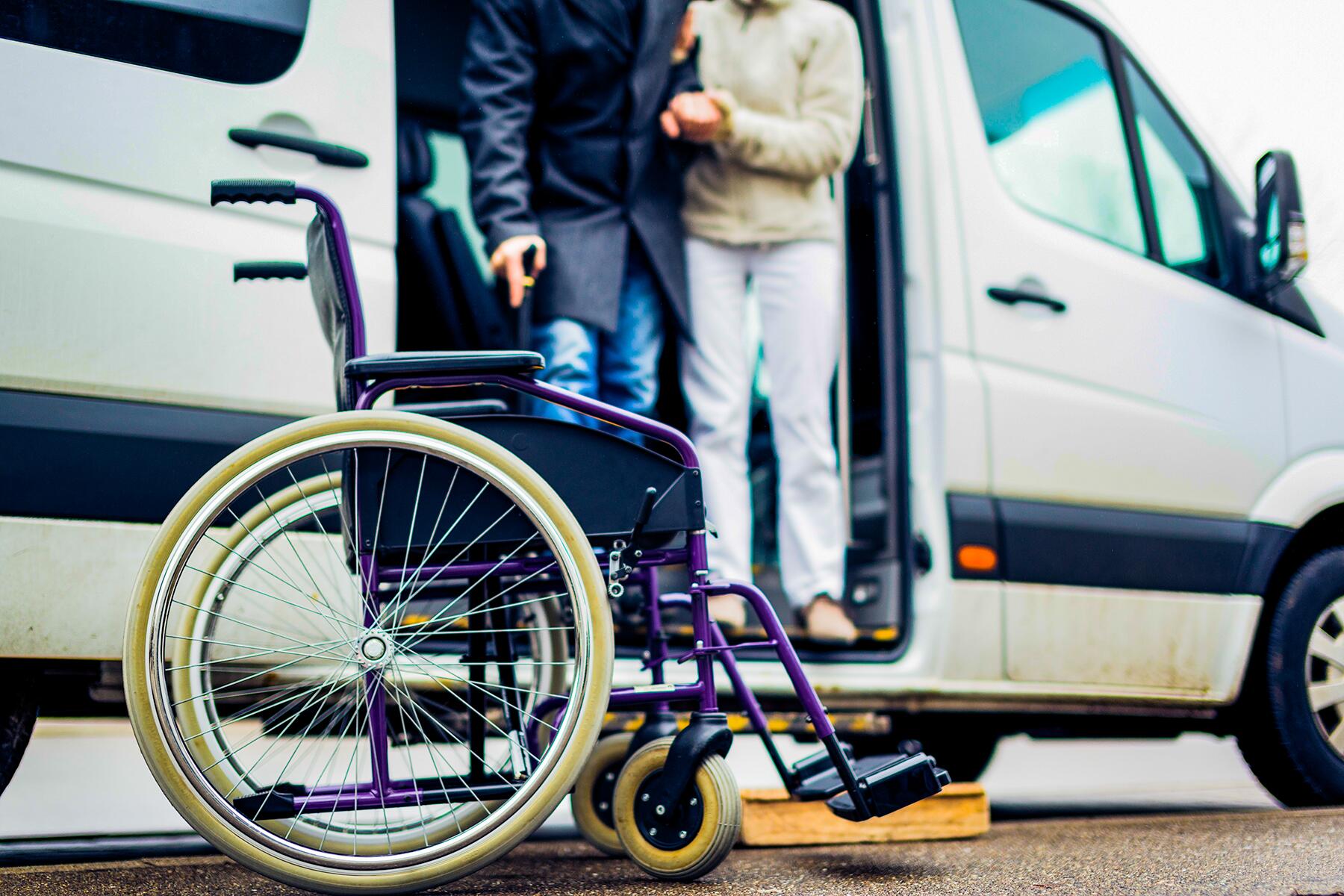 Transportation Jessica Farthing Can You Rent a Car as a Wheelchair User?
Transportation • Travel TechHow to Use Twitter to Rebook a Canceled Flight

How to Use Twitter to Rebook a Canceled Flight 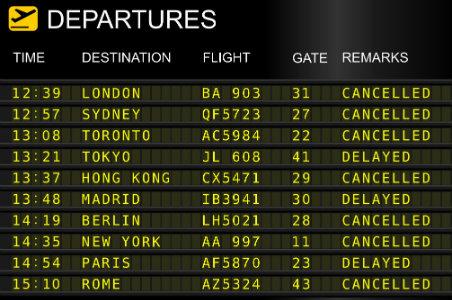 If you've traveled from, through, or to the Northeast or Midwest in the dead of winter, chances are you've run into a delay or cancelation. But while a few feet of snow or hurricanes can shut down major international gateways for days at a time, less significant weather can throw a wrench in operations, too, especially when it comes to those tiny regional jets we all love to hate. And when flight delays strike, the lines for airport customer service desks can swell with hundreds of displaced passengers, all fighting for the seat that you need to be in to get where you're going.

Traditionally, airline lounges and customer service phone lines have proven to be a valuable resource during widespread travel disruptions, especially for frequent flyers who can skip the queue by using their elite status. While it doesn't hurt to keep those options in your rebooking tool belt, a new venue has popped up in recent years, giving travelers yet another option for getting an in-demand seat on the next flight: Twitter. Here's how to get in touch with each airline:

Canada's largest airline runs hundreds of daily flights to the U.S., and given the unpredictable winter weather in cities like Montreal and Toronto, you can expect many of those aircraft to end up grounded or delayed. Make sure you're following the airline before you send a direct message (DM), and include key information, such as your record locator (confirmation number) and alternate flights when reaching out. Air Canada partners with United for flights between the two countries and beyond, so feel free to suggest UA flight numbers when you reach out with alternatives.

Transportation Jessica Farthing Can You Rent a Car as a Wheelchair User?
Continue Reading Article After Our Video

Seattle's hometown airline operates many flights to Alaska, and while Ted Stevens International in Anchorage is very well equipped to handle winter weather, some of the airline's other destinations in the 49th state can be difficult to reach when blizzard-like conditions roll in. Alaska Air also serves airports in the Northeast and Midwest, so the airline is all too familiar with travel disruptions. You can reach out to @AlaskaAir with a DM for rebooking assistance. Be sure to include your record locator and flights you wouldn't mind taking instead.

Following its merger with US Airways, American is now the world's largest airline, so there's a pretty good chance you'll fly the new combined carrier at some point. With hub airports in cities with horrid winter weather, like Chicago, Dallas, New York, and Philadelphia, disruptions are common. You can reach AA via @AmericanAir, while @USAirways is still handling communications for US Air-operated flights for the time being.

Delta operates a number of Twitter accounts, including @Delta, which typically only tweets out promotional content, and can't assist with itineraries and other airline-related issues. For help with your flight, reach out to @DeltaAssist instead. Make sure you're following the airline before making a request, and ask for reps to follow you back so you can send a DM. As always, keep things short (like regular tweets, DMs are also limited to 140 characters), but include any key information in one or several messages so airline reps have everything they need to get you on your way.

JetBlue was one of the very first airlines to use Twitter as a resource for helping passengers. The airline adds staffers during peak times to deal with weather-related cancelations and delays, so you should receive a relatively prompt response even during periods of high demand. Still, it doesn't hurt to queue up at the airport as you're tweeting your request, and as always, save private details like record locators and phone numbers for a DM. @JetBlue reps are usually very helpful when it comes to finding alternative flights, but it never hurts to do some research on your own—get creative with routings if you need to (instead of going from JFK to LAX, suggest a flight into Long Beach, for example, with a connection along the way).

Southwest operates hub airports in Chicago and Dallas, making it susceptible to a range of inclement weather throughout the year. Fortunately for passengers, Southwest doesn't charge any change fees, so if you anticipate poor weather, you don't need to wait for the airline to issue a fee waiver before switching your travel to a sunny day. If you do end up stranded at the airport, send a DM to @SouthwestAir. As with other airlines, social reps will need your confirmation number and the flight you're hoping to switch to, and if your flight is canceled you'll be able to move to any flight with open seats, regardless of the current fare.

United's Twitter presence has improved tremendously over the past year, with @United reps now empowered to make any necessary changes to a reservation with just a few DMs. As with other carriers, response times can be sluggish during a significant “weather event,” but with very lengthy telephone hold times and depressingly long lines at the airport, Twitter's still probably your best bet. As with some of the other carriers, you may also be able to change your flights for free online, but only when United issues a fee waiver due to weather or other irregular operations.