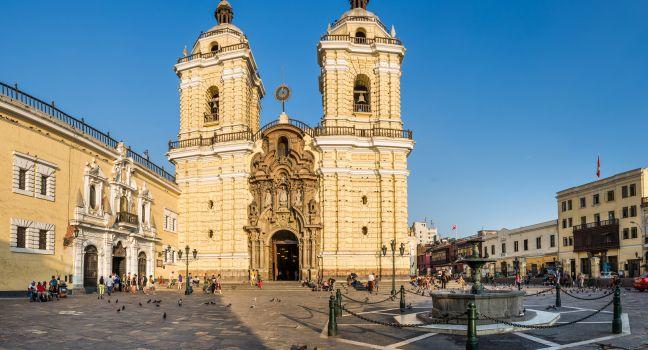 With its ornate facade and bell towers, ancient library, and catacombs full of human skulls, the Convento de San Francisco is one of Lima's most impressive sites. The catacombs hold the remains of some 75,000 people, some of whose bones have been arranged in eerie geometric patterns (warning: the narrow, dusty tunnels aren't for the claustrophobic). Meanwhile, the convent's massive church, the Iglesia de San Francisco, is the quintessential example of Lima baroque. Its handsome, carved portal is like an oversized retablo, projecting the church's sacred space out onto the busy street, while the central nave is known for its beautiful ceilings carved in a style called Mudejar (a blend of Moorish and Spanish designs). The 50-minute tour includes the church, the library, ample colonial art, and the catacombs.

Book an Experience at Lima VIEW ALL