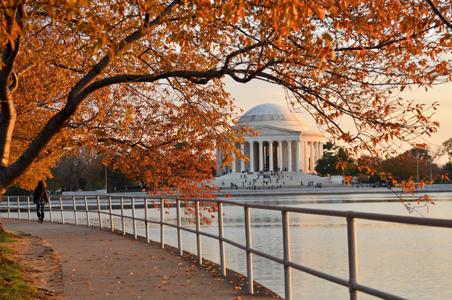 The sleepy summer months are over, and the nation's capital has moved into an action-packed fall season. This year marks the opening of a residential-meets-retail luxury complex, several new restaurants, massive works of public art, and traditional holiday events that only D.C. can offer. Here's a look at all the new happenings in Washington in the last few months of 2014.

CityCenterDC Bursts onto the Scene 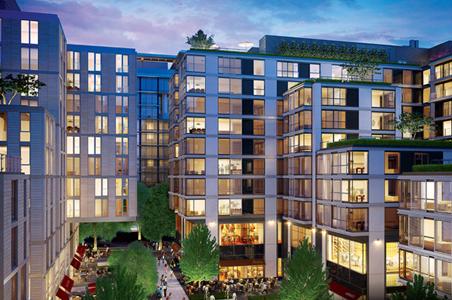 There's no doubt that this year's most talked-about property is CityCenterDC, a 2.5-million-square-foot neighborhood development encompassing 10 acres in the heart of downtown. Described as “D.C.'s Rodeo Drive” due to its high-end retailers like Burberry, Hugo Boss, and Tumi, CityCenterDC will house a mixture of luxury condominiums and apartments, office spaces, and public areas. Rumored tenants include Dior, Hermès, and Salvatore Ferragamo.

Celebrity chefs and restaurateurs have also gotten in on the CityCenterDC action. Chef Daniel Boulud returned to D.C. to open DBGB Kitchen and Bar, a French-American bistro with a D.C. focus highlighted by menu items like the crabcake-topped “Crabbie” burger and the Maryland crab persillade. Del Frisco's Double Eagle Steak House is the only fine-dining restaurant currently open at the complex, but Richard Sandoval's highly-anticipated Thai restaurant, Mango Tree, will join it later this fall.

Dining in the District

Local restaurateur Reese Gardner of Wooden Nickel Bar Company is unveiling not one, but three new projects this fall. Opening in early October, Second State, which pays homage to Gardner's home state of Pennsylvania, will specialize in ingredients from Pennsylvania farms. Coming to the Georgetown waterfront in November, Orange Anchor will offer seasonal American small plates along with featured prime cuts of game and locally sourced beef. Union Social, opening later this fall in the newly coined NoMa neighborhood, will be a mass-transit-inspired fine-dining establishment, where the bar will have the design elements of a train station with subway tile accents. 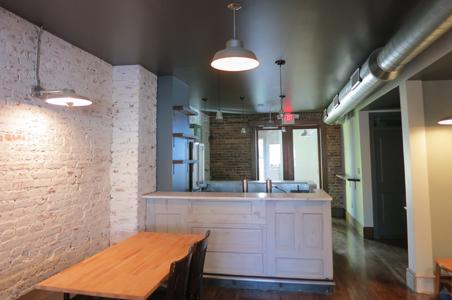 If the idea of choosing a restaurant in D.C.'s booming dining scene seems too overwhelming, why not sample some of the best bites from its upcoming culinary talent all in one place? EatsPlace, a food and restaurant incubator opening this month, will feature rotating pop-up restaurants and resident chefs. The space includes a commercial kitchen, marketplace, and dining area so that customers can dine in or grab food on the run; they can also purchase retail products from their favorite food vendors who may not have a brick-and-mortar location yet. The first resident restaurants are Mason Dixie Biscuit Company, serving savory biscuit sandwich creations for breakfast and lunch, and DC Born & Raised, crafting dinners of elevated soul food, both open through January 2015. 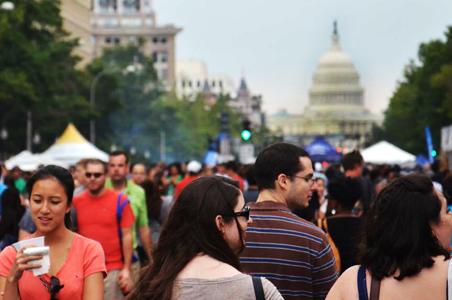 In addition to new restaurants popping up all over the city, fall is also the time for some of D.C.'s best food events. Hit up the Taste of D.C. festival on October 11 and 12 to check out more than 40 of the city's finest restaurants and 15 food trucks spread across five blocks of Pennsylvania Avenue.

A notable event within the Taste of DC is the Cochon Heritage BBQ, a spin-off of the pork-themed competition Cochon 555. Five chefs from the city's most celebrated restaurants will create several pork dishes using 1,400 pounds of pork from heritage pigs, and ticketholders get to delight in an unlimited food and drink extravaganza.

Keep the food celebration going at the Emporiyum food marketplace on November 15 and 16. Emporiyum, located in Union Market, will feature treats from Woodberry Kitchen, Momofuku Milk Bar, Luke's Lobster, and other favorite grub spots, as well as specialty cocktails and workshop classes ranging from Ramen 101, led by Chef Erik Bruner-Yang, to chocolate making with the Mast Brothers.

D.C. has always been a favorite city for art-loving travelers thanks to the Smithsonian collection of museums and institutions (where entry is free!). This year, actor and comedian Bill Cosby and his wife, Camille, have donated 62 works from their private collection of African American art for inclusion in an exhibition at the National Museum of African Art titled “Conversations: African and African American Artworks in Dialogue.” The exhibit, opening November 9 and on view through 2016, will juxtapose African American art with African art. The collection features pieces from Beauford Delany, Faith Ringgold, Jacob Lawrence, and more, most of which have never been loaned or seen publicly. 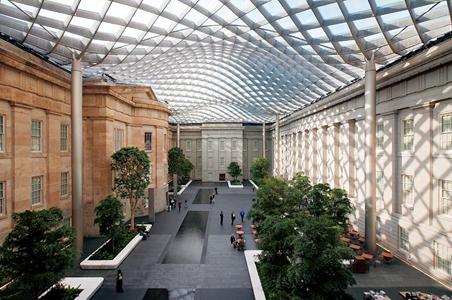 The National Portrait Gallery has decided to take its artwork outdoors by commissioning “Out of Many, One,” a landscape portrait on the National Mall by Cuban-American artist Jorge Rodriguez-Gerada. He will use dozens of images of people photographed in Washington D.C. to create a composite that can be viewed from the top of the Washington monument and visible via satellite. The work of public art, on view from October 4 through October 31, will cover six acres and sit between the World War II and Lincoln memorials.

The National Gallery of Art will feature a special exhibition, from October 5 until January 11, in conjunction with the Kennedy Center's world premiere production of Little Dancer, a musical inspired by the story of the young ballerina immortalized by Edgar Degas' famous sculpture at the gallery. Directed and choreographed by five-time Tony winner Susan Stroman, Little Dancer will show at the Kennedy Center from October 25 through November 30.

Where to Stay: After a soft opening in August, Cambria Suites Washington, D.C. is now running at full force. The all-suites hotel is located near the Walter E. Washington Convention Center and features amenities like in-room living areas with sleeper sofas and chaise lounges, an enormous gym, and a rooftop indoor pool.

Insider Tip: Details about the online lottery for free tickets to the National Christmas Tree Lighting Ceremony will be announced in late October. The date for the lighting ceremony will also be announced later this fall.

For more suggestions about where to go in Washington, D.C. and information on planning your trip, visit the Fodor's Washington, D.C. Travel Guide. For more events and what's going on, check out Washington.org.

Washington, D.C.-based writer Shayla Martin covers cuisine, culture, hotels, spas, and destinations. She is the founder of YourLandMyLand, a travel and lifestyle blog. Follow her on Twitter @Yourlandmyland