Travel Tips Gillian Kendall This Country Has So Many Hot Springs

Talk to any longtime D.C. local, and you’re likely to hear a common refrain: the District is so different than it used to be. A grand revival is underway in the city, with an invigorated food-and-drink scene and a housing boom that’s spreading across all four quadrants, from Georgetown to Anacostia. But some neighborhoods have seen a more drastic shift than others. Here are five areas that have Washingtonians more excited than a D.C. panda rolling in snow. 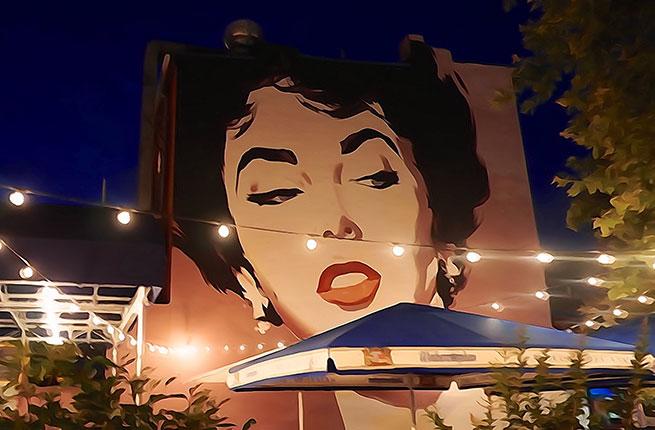 Did you just blink? If so, you probably missed something new that happened in Shaw. The residential area around 9th Street NW is in the midst of a renaissance, luring drinkers and diners to its growing array of neighborhoody spots.

Shaw used to be the heart of D.C.’s early 20th-century African American and jazz culture. You can still see signs of this history if you catch a show at the restored Lincoln and Howard theaters or look at the colorful murals adorning the area’s brick buildings. Now, after a period of decline, the boards are coming off windows and doors; condos are going up; and cocktail-forward bars, farm-to-table restaurants, craft coffee shops, and specialty boutiques are re-commercializing the area faster than you can say “gentrification.”

When it’s nice out you can join Washington’s plaid-wearing set for a stein outdoors at Dacha, the twinkle-light strung corner beer garden. When it’s cold, cozy up with a Strohs and a Chicago dog at Ivy and Coney, a no-frills, cash-only Midwest dive bar. Diners here have a constantly expanding array of options. Sundevich serves sandwiches the size of a weightlifter’s arm; Derek Brown’s Shaw trilogy delivers fresh ham, oysters, and Southern fare; and a slew of Ethiopian eateries like Zenebech never fail to disappoint.

Travel Tips Gillian Kendall This Country Has So Many Hot Springs 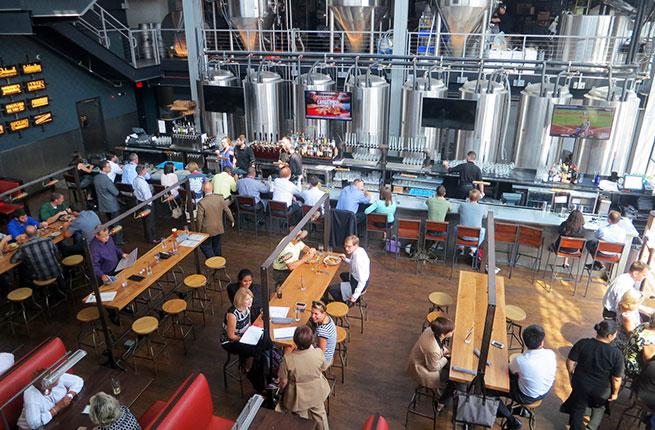 When Nats Park opened in 2008, baseball games were really the only reason to come to this waterfront neighborhood south of the Capitol. (Before that, the only entertainment was of a more adult nature… ) It’s a good thing Washingtonians like baseball. Every season since then has seen more bars and restaurants open in the area, so much so that now, ballgame or not, it’s become a D.C. destination.

Summer is when this area really delivers, thanks to the buzz around baseball games and a renovated riverfront boardwalk. Nationals Park is one of the most enjoyable ballparks in the majors, with great sightlines and an impressive roster of local food options. The Yards Park, a green space and boardwalk along the Anacostia River, hosts free outdoor concerts and exercise classes. There’s also a splash fountain that’s popular with kids on muggy days.

Whatever the season, you’ll find an increasing number of food and drink options moving in among the high-rise apartments, offices, and redbrick industrial-style buildings. Riverfront views are on the menu at the lofty Agua 301, Due South, and Osteria Morini, which serve modern Mexican, Southern, and Northern Italian fare, respectively. Nearby, Bluejacket brews about 20 beers on the site of an old shipyard.

If you’re feeling indecisive, head to 14th. The neighborhood has outgrown its former “up and coming” distinction; it’s fully arrived. But it remains the best place in D.C. to find yourself without a specific destination, as the corridor between Thomas Circle and Florida Avenue contains something for any taste and time of day.

Fourteenth Street is a good place to wander; the main drag alternates between upscale bars and restaurants, boutiques and mainstream shops, and a few lingering liquor stores and pawn shops left over from the neighborhood’s seedier days.

Craving breakfast? Ted’s Bulletin wins mornings with their homemade Pop Tarts. For a taste of stardom, try celeb chef Stephen Starr’s Le Diplomate or Mike Isabella’s Kapnos. Need beer? ChurchKey has 555 of them in a cool upstairs perch. Prefer cocktails or wine? Two Birds One Stone and Barcelona have you covered. You can get oysters at Pearl Dive, live music at Black Cat, craft coffee at Slipstream, upscale watches and leather goods at Shinola … You get the idea. 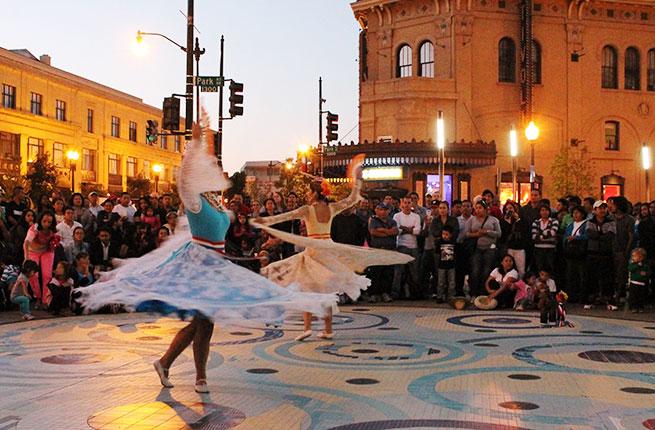 D.C. isn’t known for its nonconformity. And at your first glimpse of Columbia Heights, with its Target and Best Buy, you probably won’t be sold that there’s any of that here. But spend a little more time in this progressive neighborhood northeast of Adams Morgan and you’ll find some of the District’s better cases for doing your own thing.

A good way to get your bearings is to follow the Columbia Heights Heritage Trail, a two-hour self-guided walk past local landmarks like the Mexican Cultural Institute and Meridian Hill Park (keep an eye out for the drum circle). You can also opt for a more nature-focused walk—the nearby Rock Creek Park has 32 miles of hiking trails.

Dining in Columbia Heights is a welcoming and unpretentious affair, and drinking is downright divey (in the best way). For Filipino food, try the newly opened Bad Saint, which has a casual first-come, first-served policy. Chalkboard menus, friendly service, and an apartment-style patio make for a quaint dining experience at Maple, while vegan donuts and pastries at Sticky Fingers Eats & Sweets please even the meat-eating folks. 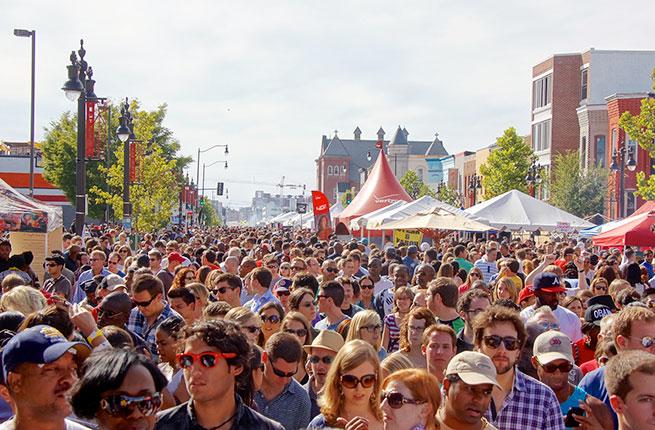 Unlike the other 'hoods we’ve covered, H Street makes you work for its love. It takes commitment to get here; the neighborhood isn’t connected by Metro, and is more than a mile walk from the Capitol or Eastern Market (a lot of people just Uber). The distance has kept the corridor a little detached and rougher around the edges. That’s all about to change, however, with the long-anticipated launch of streetcar service from Union Station down H Street (expected to debut this winter).

The area, also known as the Atlas District, is anchored by the Atlas Performing Arts Center, a 1930s Art Deco theater that started revitalizing the neighborhood when it reopened 10 years ago. The creative and artistic spirit pervades the district’s food and drink scene, too. H Street Country Club combines Mexican food, a roof deck, and the District’s only mini-golf course. Next door, Rock and Roll Hotel isn’t a place to sleep, it’s a funeral parlor-turned-multi-level bar and concert venue. When it comes to dining, H Street packs a lot of personality. Toki Underground serves a mix of art and ramen, Maketto dishes out fashion and fusion cuisine, and The Pursuit Wine Bar lets you design your own grilled cheese (and pair it with wine, of course).