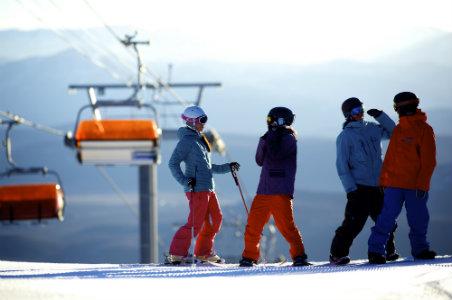 Film mavens and celebrities descend on Park City each January for the renowned Sundance Film Festival, but for those unable to partake in that event's glitz and glamour, there are plenty of other reasons to flock to this friendly resort destination in the winter and early spring. What follows are four can’t-miss experiences in Park City: 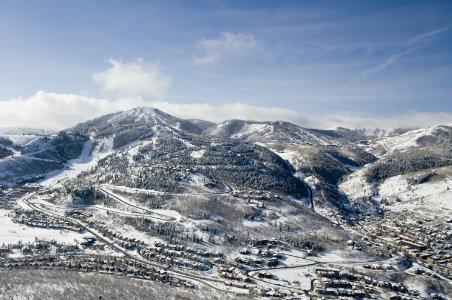 Park City claims to have the best snow for skiing in the United States, and it’s hard to argue. The snow sticks to the slopes here in powdery clumps—not too wet, not too slippery. It is, in effect, the perfect snow for whooshing down a mountain.

Skiers can enjoy this powder from late November through late April at the three world-class alpine ski resorts around Park City. Each one has its unique strengths. Perhaps the best known is Canyons Resort, the largest ski complex in the area, with 19 chairlifts that cover nine peaks. It’s possible to spend an entire day at Canyons and never ski the same slope twice. And rest assured that you’ll ski in comfort: Several slopes are serviced by heated lifts—enclosed orange gondolas that blast warm air on skiers to alleviate the frigid conditions outside.

Just outside the city limits, Park City Mountain Resort teems with wide runs that meander uninterrupted down the mountain slopes. The oldest ski resort in the area, Park City Mountain Resort has diverse terrain for all levels, from long flat runs to narrow trails that slice through the woods. But the true highlight is the spectacular views of Park City and the surrounding Wasatch Mountains that you can take in atop the resort’s highest peaks.

The Deer Valley Resort, the most upscale complex in the region, is for skiers only; no snowboarders are allowed on the slopes. As a result, the snow stays soft here throughout the day, with fewer icy patches than in neighboring resorts. Because of this, Deer Valley is a great place for beginners and infrequent skiers to start their vacations. 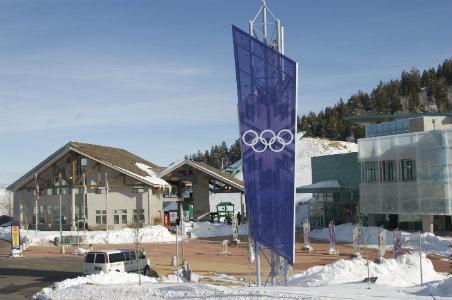 During the 2002 Winter Olympics, Giant Utah Olympic Park, just outside Park City, served as the official home of the luge, bobsled, and ski jumping events, among others. Visitors can take guided tours of the grounds where the US ski team continues to train in the winter. Gaze down the steep slope of the ski-jump ramp and feel your heart race just by contemplating the run. If you’re feeling gutsy, you can book an exhilarating bobsled ride down the twisty course with a professional instructor.

Those seeking a more low-key afternoon can wander through the interactive ski museum, which offers in-depth information on the history of skiing in the US and the buildup to the 2002 Olympics. 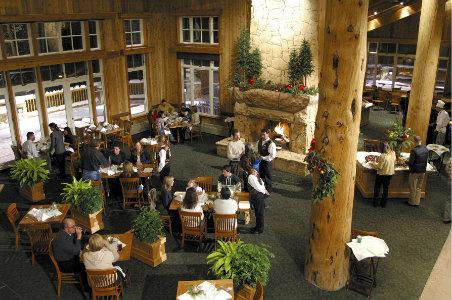 There is an abundance of excellent restaurants to choose from in Park City. At the foot of the Deer Valley Ski Lodge, Fireside Dining specializes in innovative Swiss cuisine, and the wood paneling and large windows make you feel as if you’ve been transported to the Alps. Chefs prepare various courses over open fireplaces and serve them directly to lined-up diners. Don’t miss the cheese called raclette. In true Swiss style, it's melted over a low-burning fire and served alongside breads, potatoes, and gherkins for dipping.

For a completely difference experience, head to Chimayo in the heart of downtown Park City. The drinks list contains a huge selection of margaritas, and the decadent entrées include nacho-stuffed chicken breast and ribs topped with chili-buttermilk onion rings. Request a table next to the fireplace for a more intimate experience. 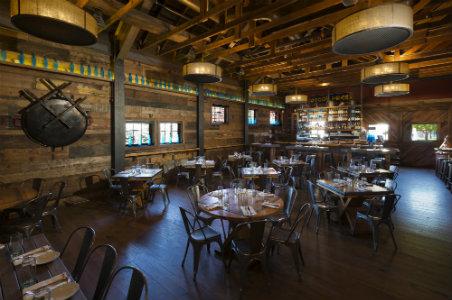 After a cold day on the slopes, you’re sure to heat back up amid Park City’s pulsing nightlife. For freshly distilled batches of spirits and whiskey, head to the High West Distillery & Saloon. When this popular establishment opened in 2007, it became the first distillery in Utah since the 1870s. Stop in for dinner, or enjoy handcrafted cocktails and whiskey flights in its lounges decorated with Western-chic furnishings.

For a lively after-dinner experience, saunter over to the No Name Saloon along historic Main Street in downtown Park City. Many nights this bar is so crowded that it seems as though all of Park City has come here to enjoy the lively atmosphere, eclectic décor, and extensive drinks list. There’s a rooftop patio that is heated in the winter, allowing for year-round outdoor experiences. But the best part of No Name is the opportunity to mingle with locals and tourists alike before you hit the slopes again the next morning.

Insider Tip: For those seeking alternative accommodations in Park City, Wyndham Vacation Rentals offer several comfortable options. These include picturesque ski lodges with Western décor, and spacious private homes that are perfect for large families or groups of people.