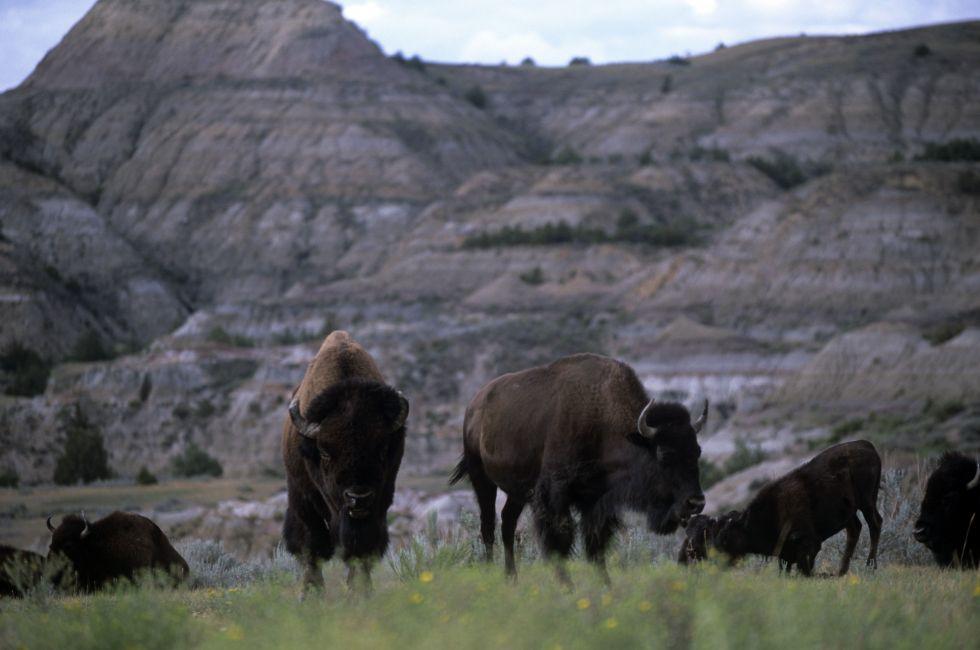 Across much of North Dakota, for a century and a quarter, the terrain remained virtually unchanged from the day Theodore Roosevelt stepped off the train here in 1883, eager to shoot his first bison. Within two weeks, the future 26th president purchased an open-range cattle ranch, and the following year he returned to establish a second, which is part of the 110-square-mile national park that today bears his name. Despite its remote location, Theodore Roosevelt National Park is ideal for those intrepid travelers who revel in bird and wildlife viewing, hiking and backpacking, photography, picnicking, stargazing, and scenic drives.

Today, some 600,000 annual visitors are attracted to North Dakota's lone national park as much by its namesake as by its vast landscape of craggy ravines, tablelands, and gorges, an otherworldly moonscape that ranks among the least inhabited places in the U.S. For those who seek the road less traveled, a day trekking its backcountry trails or remote gravel roads can be a solitary pursuit, uninterrupted by any other humans.

A Breathtaking Look at Every U.S. National Park
You’ve obviously heard of Yellowstone and Yosemite, but did you know the National Park Service manages a whopping total of 59 parks?