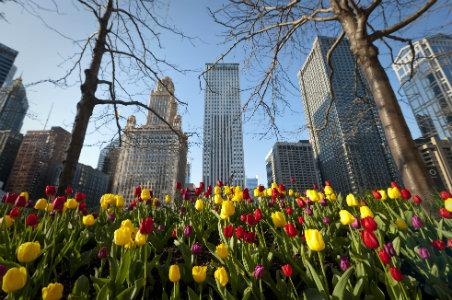 After surviving sub-zero temps during one of the worst winters in history, Chicago is poised to warm up this spring with a slew of restaurant openings and brand-new boutique hotels. Meanwhile, museum exhibits will honor artistic greats like Pierre-Auguste Renoir and Andy Warhol, plus newcomer Bunny Echo-Hawk, a Native American painter widely known for his design partnership with Nike. While in the Windy City, grab some gourmet grub—socially conscious fried-chicken, anyone?—at newcomers Celeste, Grand Tour, and SideDoor. Plus, nationally acclaimed chef Patricio Sandoval (owner of Mercadito Hospitality) will debut a new eatery where the cocktails are as enticing as the food. Also of note this season: A Chicago icon will be renamed but keep its 94th-story lookout. 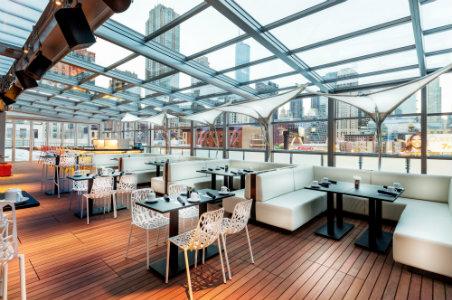 Skewing away from name-brand properties, the Windy City welcomed two boutique hotels in February, both in River North: the 215-room Kinzie Hotel, named for a famed Chicago silversmith; and the 221-room The Godfrey Hotel Chicago. Even if temps haven’t yet hit the 60s, The Godfrey's 15,000-square-foot rooftop lounge, I|O Urban Roofscape, is open daily thanks to a retractable roof.

Themed packages this spring include the Kinzie's “P.O.V./Point of View” package, which allows guests to tour the city with a GoPro video camera, bicycle, helmet, lock, and road map. (A basket stocked with picnic fare from Pastoral Artisan Cheese, Bread & Wine can be tacked onto the bicycle, and a massage is included, too.)

Another fun package, starting May 18, is at JW Marriott Chicago in the Loop. The “Beercation” package includes a welcome amenity of Lagunitas Brewing craft beers (plus a Lagunitas Mason jar), transportation to the 300,000-square-foot brewery and taproom, plus a tour and tasting upon arrival.

For farmers' market fans, the best lodging choice is Hotel Lincoln—a 184-room hotel in Lincoln Park, near the Green City Market that opens for the season on May 3. Chef Paul Virant shops the market, in fact, for ingredients to create dishes at Perennial Virant (inside the hotel). Be sure to sip a seasonal cocktail at The J. Parker, the hotel’s year-round rooftop lounge. 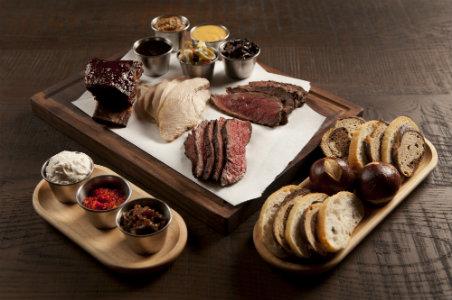 Inspiration for the menu at Grand Tour, which opened its doors in Ravenswood in late February, spans the globe from Canada to Malaysia. The nightly three-course menu focuses on the cuisine of one country, meaning no two meals here will ever be the same. Prior to opening the restaurant, executive chef Roger Herring worked at Oprah Winfrey’s school for girls in South Africa.

SideDoor, a new gastropub, loads up on beef entrées (like the roasted-meat board) and is stylishly situated inside River North’s McCormick Mansion. Mercadito Hospitality’s newest venture, Tippling Hall, in partnership with cocktail celebs Paul Tanguay and Tad Carducci of the Tippling Bros., is slated for a late-spring opening in River North, with a comfort-food-heavy menu. 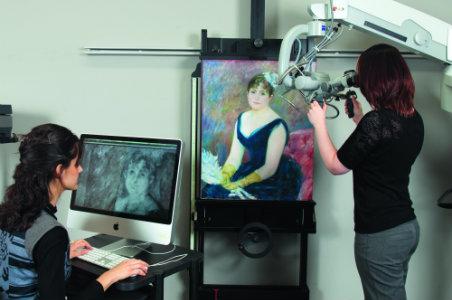 Although the Art Institute of Chicago’s highly anticipated René Magritte exhibit won’t open until June 24, there is quite a ramp-up of exhibits to keep design fiends happy. Renoir’s True Colors: Science Solves a Mystery (through April 27 at the Art Institute of Chicago) is paired with another Art Institute exhibit showcasing drawings by artists like Pablo Picasso, Claude Monet, Henri Matisse, and Paul Cézanne. Meanwhile, the Museum of Contemporary Art turns its attention to Andy Warhol in MCA DNA: Warhol and Marisol (through June 15).

At the Field Museum, pop culture meets industrial design in Bunny Echo-Hawk: Modern Warrior (through June 7). And for Mickey Mouse fans it doesn’t get better than the Treasures of the Walt Disney Archives at the Museum of Science of Industry (through May 4).

One of Chicago’s two storied skyscrapers—John Hancock Center (the other is Willis Tower)—completes a major transformation and renovation of its visitor experience in late March. This includes a new name for the John Hancock Observatory: 360 Chicago. Visitors can still view the Midwest’s largest city from 1,000 feet in the air (also known as the 94th-floor lookout). Only this time it's via TILT, an enclosed glass-and-steel moveable platform tilting outward, resulting in downward-facing views of Chicago.

The Chicago Bulls play home basketball games at the United Center, just south of downtown and the Loop. Snag tickets and check out a schedule at the NBA team’s website. Catch the tail end of the Chicago Blackhawks’s season, which wraps on April 9 and is a fight to defend the Stanley Cup.

Kristine Hansen is a freelance writer based in Milwaukee where she reports on food, wine, and travel topics around the globe for Fodors.com, along with new-hotel openings. She also writes for Wine Enthusiast, TIME, Whole Living and American Way. In 2006 she co-authored The Complete Idiot's Guide to Coffee and Tea (Alpha Books/Penguin). You can follow her on Twitter @kristineahansen or through her website.