Exploring the West Side is akin to visiting an entirely different world. The landscape is dramatic and colorful: a patchwork of green, blue, black, and orange. The weather is hot and dry, the beaches are long, the sand is dark. Niihau, a private island and the last remaining place in Hawaii where Hawaiian is spoken exclusively, can be glimpsed offshore. This is rural Kauai, where sugar is making its last stand and taro is still cultivated in the fertile river valleys. The lifestyle is slow, easy, and traditional, with many folks fishing and hunting to supplement their diets. Here and there modern industry has intruded into this pastoral scene: huge generators turn oil into electricity at Port Allen; seed companies cultivate experimental crops of genetically engineered plants in Kekaha and Waimea; the navy launches rockets at Mana to test the "Star Wars" missile defense system; and NASA mans a tracking station in the wilds of Kokee. It's a region of contrasts that simply shouldn't be missed.

Heading west from Lihue or Poipu, you pass through a string of tiny towns, plantation camps, and historic sites, each with a story to tell of centuries past. There's Hanapepe, whose coastal salt ponds have been harvested since ancient times; Kaumakani, where the sugar industry still clings to life; Fort Elisabeth, from which an enterprising Russian tried to take over the island in the early 1800s; and Waimea, where Captain Cook made his first landing in the Islands, forever changing the face of Hawaii.

From Waimea town you can head up into the mountains, skirting the rim of magnificent Waimea Canyon and climbing higher still until you reach the cool, often-misty forests of Kokee State Park. From the vantage point at the top of this gemlike island, 3,200 to 4,200 feet above sea level, you can gaze into the deep, verdant valleys of the North Shore and Napali Coast. This is where the "real" Kauai can still be found: the native plants, insects, and birds that are found nowhere else on Earth.

Explore The West Side

Elsewhere In The West Side 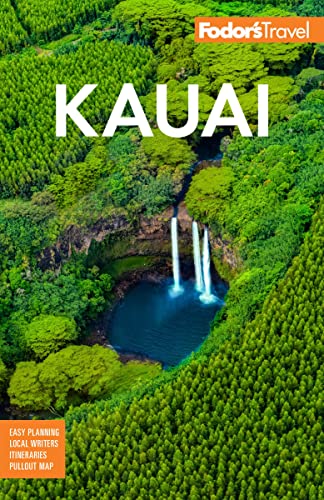