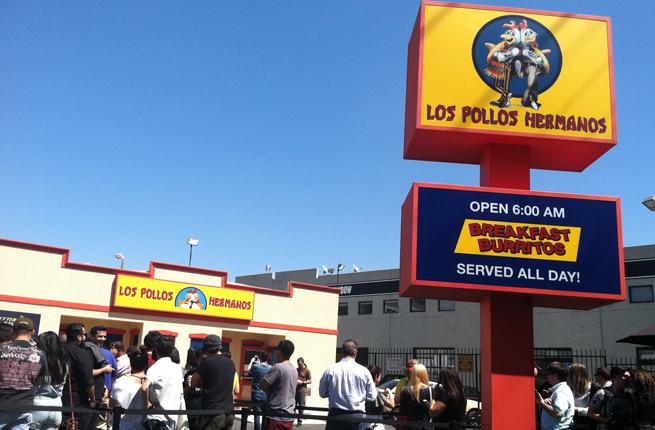 In the Arts District of Los Angeles a sizeable line creeps down the block. The people queued up eagerly take selfies with the signage of the restaurant behind them. A chicken mascot saunters out into the mid-afternoon heat to pose with the giddy people outside—several of which are sporting porkpie hats and khaki-colored windbreakers.

What may look like a hyped up opening for a new L.A. hot spot is actually the site of a two-day Los Pollos Hermanos pop up. Fans will not only recognize this as the fictional restaurant chain featured in “Breaking Bad” but what its appearance means for the upcoming season of the spinoff “Better Call Saul”—the highly anticipated return of fast food and crystal meth magnate Gus Fring (Giancarlo Esposito).

While the people behind “Better Call Saul,” which follows the transformation of well-meaning attorney Jimmy McGill (Bob Odenkirk) into criminal lawyer Saul Goodman, have played coy about whether or not Gus would show up in the prequel series it’s now clear that the fan favorite will once again bring his gracefully understated menace back to the world of Albuquerque’s criminal underworld. 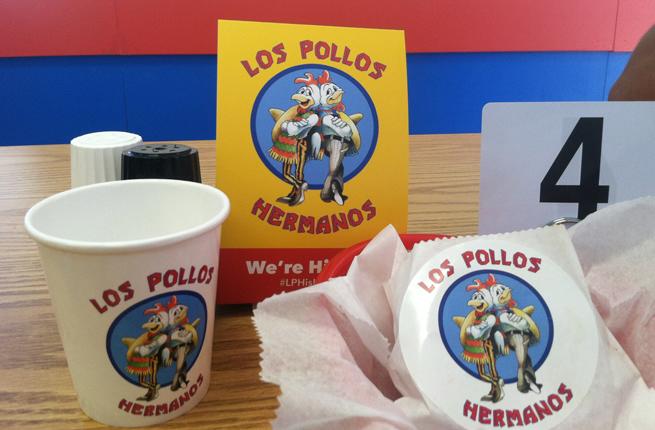 The pop up is set up in one corner of a parking lot and features a convincing looking structure and sign that cheerily declares “Breakfast Burritos Served All Day!” However, if you’re interested in finding out what the chicken that built a meth empire tastes like, you’re unfortunately out of luck. Los Pollos Hermanos doesn’t actually offer the titular chicken but “customers” can munch on a helping of curly fries (with one of three sauces) and lounge in vinyl booths fit for a drug kingpin. 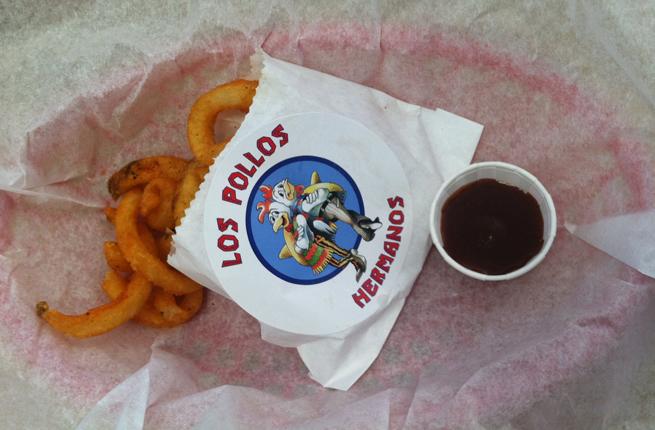 Also making an appearance is Jimmy McGill’s much put upon Suzuki Esteem which has been parked (laid to rest?) outside the restaurant. So if you happen to be both a very dedicated “Breaking” Bad” fan and car enthusiast you could totally make a day of it by also visiting Walter White’s iconically dorky Pontiac Aztec at the Petersen Museum. 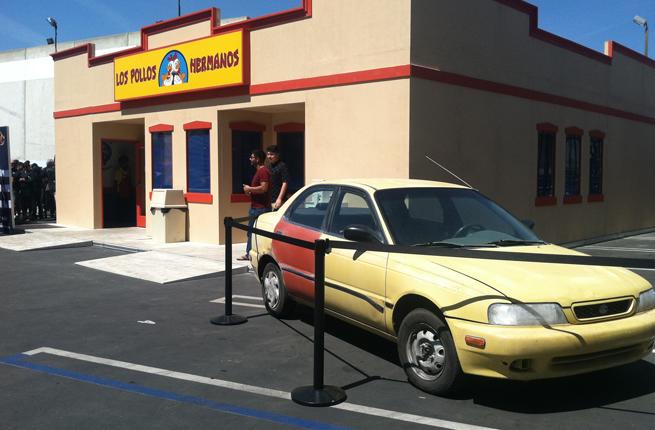 Admission (and the curly fries) are free. The pop up will be in Los Angeles from March 29th to March 30th, followed by an east coast appearance on April 9th and 10th in New York City at a Citizen’s Parking location in FiDi.

“Better Call Saul” returns for its third season on April 10th at 10 p.m. on AMC.

PLAN YOUR TRIP with the Los Angeles Travel Guide.