Toronto’s Junction, so named for the nearby intersection of four railway lines, is the site of a colorful and contentious history. Previously an independent city called West Toronto, it was annexed by the city in 1909, but not before its working-class residents had voted to put an alcohol ban in place in 1904 to end whiskey-fueled brawls and raucous public drunkenness. The ban lasted until 2000, and in the years since, the Junction has gone through a nightlife and cultural renaissance, trading in abandoned storefronts for reclaimed furniture shops, design stores, and craft breweries, along with an annual summer solstice festival drawing people to its streets with local vendors and family entertainment. Here’s our guide to what to do and see in the Junction, Toronto’s hippest neighborhood.

Where to listen to music

Music venues have been instrumental in the revitalization of the Junction. In 2008, the Junction City Music Hall opened, entertaining crowds with local underground acts (literally) along with pinball and vintage arcade games in a dive bar atmosphere. Just down the street, The Hole in the Wall is a cozy and narrow gastropub (think: calamari and buffalo duck confit wings) with the occasional live act. Axis Gallery and Grill is the spot for brunch and live music on the weekends, with an airy street patio and downstairs lounge, and La Revolution is the Mexican food go-to, with jazz on the weekends and select weeknights. Tying the scene together is 3030 Dundas West, a massive bar and restaurant that serves as a hub of activity with a music stage, trivia nights, food market, a full cocktail menu, and 16 taps serving Ontario craft beers. 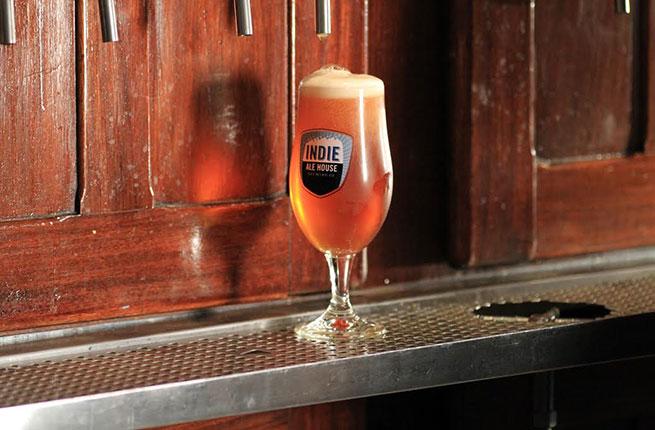 One of the first plans of action when exploring a neighborhood that was dry for almost a century is finding somewhere to drink. After the ban was lifted, the Junction made quick work of bringing in a distillery and two breweries.  Junction Craft Brewing, which opened in 2011,  has set up a tap room and retail shop where patrons can sample beers—including their signature “hopbacked” Conductor’s Craft Ale—in 5 and 10 oz sizes, buy tallboys, and fill up growlers. Indie Ale House makes a selection of unique craft ales with playful names like the “Shotgun Wedding” and “Cockpuncher” and pairs them with upscale pub food in their adjoining restaurant that serves yellowfin tuna tacos, a bison and pork belly burger, and a crispy Southern fried chicken that easily feeds two. For a learning experience, go on a tour at the Toronto Distillery Co., which in 2013 became the first new distillery in Toronto since Prohibition. They specialize in organic gin, single-grain whiskey, Applejack, and if you’re feeling adventurous, the earthy Beet Spirit, distilled from fermented sugar beets.

Where to get groomed

One of the more unique offerings in the Junction, Rod, Gun, and Barbers is a barbershop and bar modeled after a traditional Rod and Gun Club. Not only can clients in this lounge have a glass of bourbon in between a shave and a haircut, but it’s also a great spot to watch sports, play darts, or just have a beer. On Friday and Saturday nights, there’s even live music. To complete your look, Gerhard Supply is a one-stop-shop for curated menswear and grooming products.

Where to find vegan food 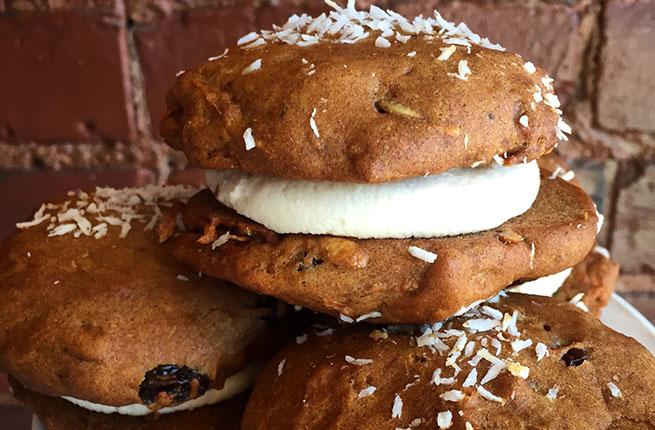 It’s a whole new world out in the Junction, and that extends to food and produce, with sugar free, gluten-free, and vegan-friendly options. In addition to its vegetarian and meat menu, The Beet Organic Café serves inventive vegan dishes, while The Sweet Potato natural grocery store serves prepared foods for people on the go. But the belle of the plant-based ball is Bunners Bakeshop: a 100% vegan and gluten-free bakery selling both sweet and savory items. Try a cupcake or a veggie pot pie and see if you can tell the difference, and pick up their popular cookbook for recipes to try at home.

Where to find meat and cheese

Sometimes you just want meat and dairy, and for that the Junction has you covered as well. Junction Fromagerie serves all artisanal Canadian cheeses, allowing you to explore the country through your palate. You can find dessert at Delight, a chocolate shop with homemade ice cream that serves organic fair-trade treats. For your carnivorous leanings, the family-run Gourmeats Butcher Shop sources all the meat locally. They also sell house-made chutneys and hot sauces to pair with your choices. 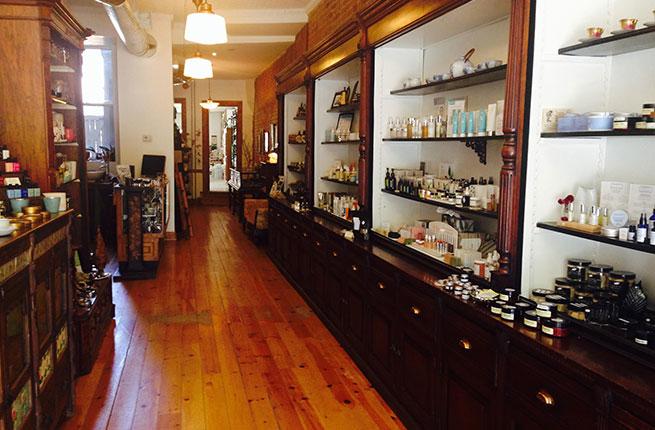 No visit is complete without picking up some souvenirs, and the Junction is rife with unique options. Articulations is a locally run art supply store that also sells stationery and hosts a gallery with rotating exhibits. Design lovers will want to stop by the modern Mjölk, a gallery and store with works by artisans from Scandinavia and Japan, focusing on functionality and craftsmanship. Need a natural salve or organic tea? Try apothecary Helen + Hildegard for all sustainably responsible suppliers, while those looking for military-influenced unisex fashions will find something different at Latre.  While you may not be able to take the furniture home, the 4,300-square-foot Smash is worth a visit for its one-of-a-kind vintage and salvaged pieces.

Where to eat pizza

If you’re a pizza fan, you’re visited the right place. In the Junction, Vesuvio Pizzeria and Spaghetti House is the first and oldest pizzeria and spaghetti house in Toronto, and still family owned. Originally opened in 1957, and open in their current location since 1962, the restaurant’s specialty is New York–style pizza. And as it is nearly impossible to have pizza without beer or pasta without red wine, Vesuvio was instrumental in overturning the prohibition, spearheading the cause of local businesses that would benefit from the sale of alcohol.

As this is still an up-and-coming area, no hotels are located in the Junction, but roomy Airbnbs go for a steal, like this two-level apartment with cedar terrace for just $68 a night, or this space in the trendy nearby High Park neighborhood, located in a Victorian house.