With the eastern face of the Rockies as its backdrop, the crisp concrete-and-steel skyline of Calgary, Alberta, seems to rise from the plains as if by sheer force of will. Indeed, all the elements in the great saga of the Canadian West—Mounties, local people, railroads, cowboys, cattle, oil—have converged to create a city with a modern face and a surprisingly traditional soul.

The city supports professional football and hockey teams, and in July the rodeo events of the Calgary Stampede attract visitors from around the world. Calgary hosted the 1988 Winter Olympics, and the downhill slopes and miles of cross-country ski trails are at Kananaskis, less than 90 minutes west of town. The city is also the perfect starting point for one of the preeminent dinosaur-exploration sites in the world, a world-class dinosaur-exploration tour at Dinosaur Provincial Park near Brooks and the Royal Tyrell Museum in Drumheller. The Glenbow Museum is one of the top museums in Canada, and the EPCOR Centre for the Performing Arts showcases theater and musical performances.

Just Back From: Calgary Stampede
Canada loves cowboys; so much so that every July, the world's richest outdoor rodeo on the planet takes place in Calgary, Alberta. We giddied up to this year's event, and lived to tell the tale. 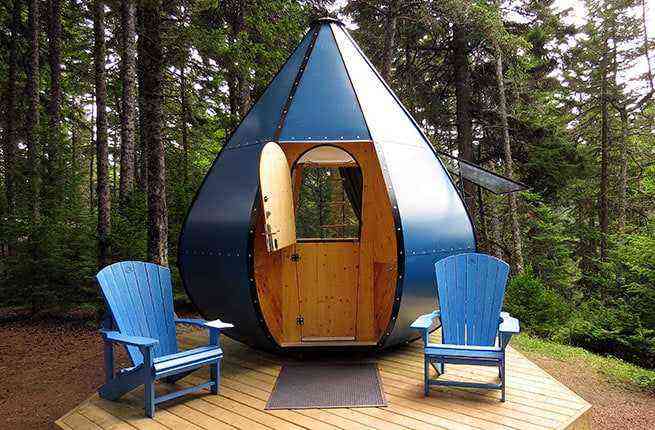 Think Outside the Tent: 9 Unique Ways to Camp in Canada
Whether you’re looking for an adventurous family getaway or romantic outdoor retreat, check out our picks for the 9 ways to camp outside the tent in Canada.

Just Back From: The Canadian Rockies
Surrounded by the jagged, snow-dusted Rockies on every side, Canmore is an adventurer's (and a photographer's) dream, where you can indulge in the great outdoors all year round.