It used to be that Tulum was simply known as dusty little town with a stellar archaeological site and a few palapa huts. No longer. Discovered by the international eco-set, it now has whitewashed, solar-powered bungalow hotels that line the spectacular beach 2 km (1 mile) east of town. Locals speak of a battle for Tulum’s bohemian soul, and although first-time visitors may not notice the changes, it’s indisputable that the free-spirited hippie days are over.

Tulum is divided into three main areas: the downtown pueblo, south from the shore along Carretera 307 (here known as Avenida Tulum); the Mayan ruins to the north on the coast; and the beach (Zona Hotelera), which extends down from the ruins.

Those ancient structures were the town's original draw, and Tulum (meaning "wall" in Mayan) now lures more than 2 million people annually. Even if you couldn't care less about history, the site’s waterfront location elevates it to the sublime. The pueblo, conversely, is a jumble of food stalls, souvenir shops, budget hostels, and cheap eateries, some catering to tourists, some to locals, and some to both. Although it’s more appealing to stay at the beach, the town offers an authentic slice of Mexico.

Tulum’s irresistible beach begins just east on the Boca Paila road. (Technically there's beach all the way from the ruins down to Sian Ka'an, but the coast by the ruins, and south to Zamas restaurant, is a series of rocky coves. The endless powdery sand you came for is south of the bridge and police checkpoint after Zamas.) Miles of magnificent white sand sparkle before the aquamarine waves, backed by eco-hotels on one side of the narrow road, and tropical hipster restaurants, yoga centers, and the odd spa on the other.

Tulum's ongoing transformation has brought new services, including a 24-hour hospital, four gas stations, and a Chedraui supermarket. But there's still no community power supply, so eco-resorts—both rustic and chic—rely on wind turbines, solar energy, recycled water, and generators and/or candlelight. Rooms are void of TVs and phones, and they seldom have Wi-Fi or 24-hour air-conditioning (although this is slowly changing); it’s also worth noting that some hotels draw water from cenotes, which might result in a salty shower and low water pressure.

Elsewhere In The Riviera Maya

In Mayan, Akumal (pronounced ah-koo-maal) means "place of the turtle," and this portion of coast is a storied nesting ground, especially at Half Moon Bay...

Founded in AD 435, Bacalar (pronounced baa-ka-lar) is one of Quintana Roo's oldest settlements. The town’s most notable feature is a cenote-fed lake of the...

See All Places In The Riviera Maya
Trending Stories
Travel Tips
28 Ultimate Things to Do in Tulum
More
Family
‘Natural Disneyland, but With Free Food and Drinks’: Inside Mexico’s Best Family Park
More 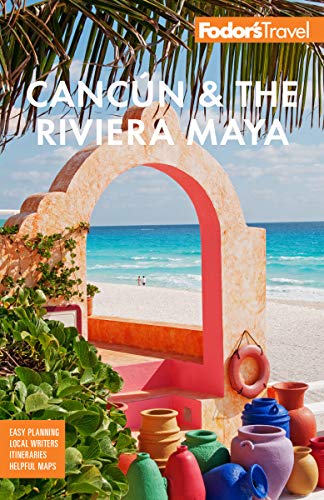 Fodor's Cancún & The Riviera Maya: With Tulum, Cozumel, and the Best of the Yucatán