Sultanahmet is the heart of Old Istanbul, where many of the city’s must-see attractions are located: an incredible concentration of art and architecture spanning millennia is packed into its narrow, winding streets. At the eastern edge of the Old City, Topkap? Palace—the center of Ottoman power and the residence of sultans for centuries—sits perched on the promontory overlooking the Bosphorus and the mouth of the Golden Horn. Behind the palace rise the imposing domes and soaring minarets of the Blue Mosque and Aya Sofya, two of Istanbul’s most famous landmarks.

As you walk through the Hippodrome, explore the underground Basilica Cistern, and view the Byzantine mosaics displayed in the Mosaic Museum, you’ll also get a feel for what the city of Constantinople looked like more than a thousand years ago, well before the Turks conquered it in 1453. The three buildings that compose the Istanbul Archaeological Museums showcase an incredible collection of artifacts going back even further in time, left by ancient civilizations that once thrived in Anatolia and around the region. When the call to prayer echoes from Sultanahmet’s great mosques, pause for a moment to soak up the atmosphere here; nowhere else in Istanbul do you get such a rich feel for the magic of this ancient and mysterious city.

Beyo?lu has traditionally been thought of as the "new town," and this is where you will feel the beating pulse of the modern city: the...

A short ways up the Bosphorus from Karaköy is one of Istanbul’s most visited attractions outside the Old City: the stunning neoclassical Dolmabahçe Palace, each...

See All Neighborhoods In Istanbul
Trending Stories
Travel Tips
You Can Get a FREE Hotel Stay Stopping Over in This European City
More
Coronavirus
I Decided to Move to Turkey From New York. In the Middle of the Pandemic
More 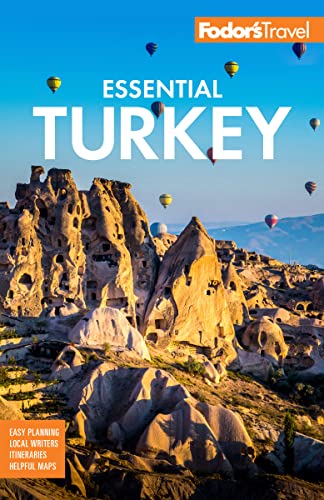