6 Best Places to Read and Write in Zurich 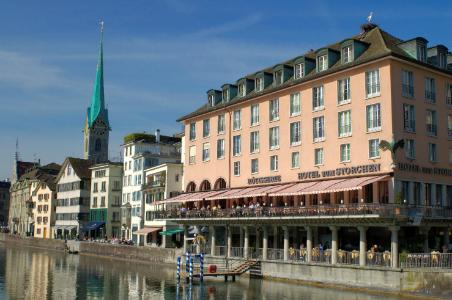 If I asked you to list “Europe’s Most Literary Cities,” you aren’t likely to lead with Zürich. But don’t let its tick-tock clockwork and bankable good looks deceive: This Swiss city has hosted its fair share of writers. James Joyce began Ulysses in Zürich and is even buried in a cemetery near the city’s zoo. Nobel Laureate Thomas Mann spent time there as well. Did you know that Zürich is the home of the Cabaret Voltaire, which in its day was the haven for all avant-garde poets and artists, and the birthplace of Dadaism? Johanna Spyri lived in Zürich for several years (what’s more Swiss than Heidi?). And what’s arguably poet Paul Celan’s most famous poem, “Zürich, Zum Storchen,” is titled after an inn that overlooks the Limmat River.

I lived for a couple of years in a village just north of Zürich. During that time I spent many hours traipsing the city’s streets, roaming up cobbled paths, and marching down wending alleys as I hunted an elusive, intangible, and almost phantomesque element of art that all writers chase down somehow: inspiration. I have come to understand that more often than not, inspiration isn’t so much something to be sought, as it is something that must be seen. And to truly see anything at all, we must stop, watch, and sometimes wait for it.

Perhaps you like to write. Or maybe you prefer to simply see the world as it moves through the motion of a day. Or maybe it is your pleasure to simply meditate on the here-ness of where you are. Whatever you desire, here are my picks for favorite spots in and around Zürich to sit and see, to stop and look, to contemplate, to watch. To write.

The city’s main train station is one of the busiest in all of Europe, and the largest in Switzerland, serving lines from all the major European countries, as well as the local city trains. Wednesdays and at Christmastime the concourse is over-flowing with local vendors hawking produce, cheese, confections, and other delicacies from temporary stalls. You will find no better place to people-watch. A warning: If someone’s running, step aside. Swiss trains leave when they say they will!

It’s almost a one-mile walk down the eastern shore of Lake Zürich from Bahnhof Stadelhofen to the part of the shoreline just before the lake begins to genuinely widen. You’ll discover a sprawling, open-lawn park and a Chinese garden that thrums with people on bright days. Walk to the shore and face south and on those same dazzling afternoons, and you’ll get nothing less than a view of the outline of the Alps in the far-away horizon. 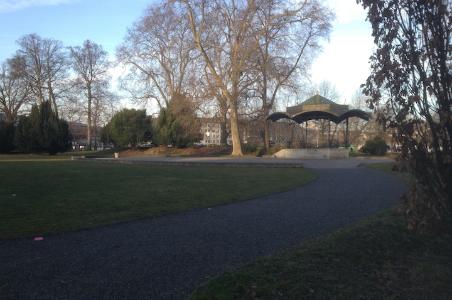 You’ll find this quiet, landscaped park just north of the Swiss National Museum (itself worth a visit). It’s bordered on two sides by the city’s two rivers, which converge at the park’s north end. While in years past the park had a reputation as hub for drug addicts, the problem has been resolved and the park, cleaned up. Find a bench and write a poem. 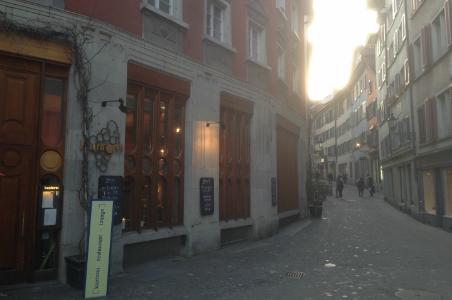 Sometimes a writer just needs a drink. The Kantorei is a café in a building with a long and storied past, well-deserving of its own blog entry. It’s the quiet ambience of the streets and the unassuming charm of this neighborhood café that sent me to it time and again, notebook in hand. 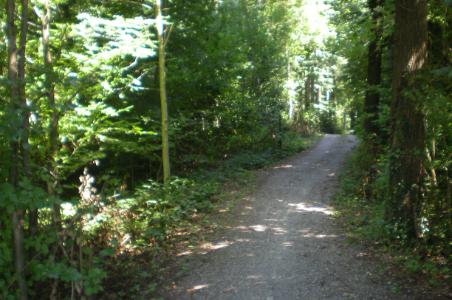 Which woods? Any of them. Every Wanderweg will lead you somewhere new and unforeseen. I’m partial to the forest just south of the airport because it’s the one I hiked most often, but you can’t go wrong in any of them. There won’t be enough words to describe the trees, nor adjectives so precise as to name every shade of green.

Choose a city train—any of the numbered S-Bahn lines—and ride it end to end. Watch the commuters as they board and disembark. Imagine the landscape rolling underneath you. Psychically enter the houses you pass. Bless the sky under which you ride. Write it all down. Every bit.