The four fingerlike valleys of the Saanenland find their palm at Gstaad, the Berner Oberland's most glamorous resort. Linking the Berner Oberland with the French-speaking territory of the Pays-d'Enhaut of Canton Vaud, the holiday region of Gstaad blends the two regions' natural beauty and cultures, upholding Pays-d'Enhaut folk-art traditions such as papier découpage (paper silhouette cutouts) as well as decidedly Germanic ones (cowbells, wood carvings, and alpenhorns).

In Gstaad, neither culture wins the upper hand—in fact, both cultures take a backseat to a more cosmopolitan attitude. During high season the folksy Gemütlichkeit of the region gives way to jet-set international style. Although weathered-wood chalets are the norm (even the two tiny supermarkets are encased in chalet-style structures), the main street is lined with designer boutiques. Prince Rainier of Monaco, Roger Moore, and Elizabeth Taylor have all owned chalets in Gstaad, as well as the late musician and conductor Yehudi Menuhin, who founded his annual summer music festival here. (The Menuhin Festival takes place from mid-July through early September, and hotels fill quickly then—as they do for the Swiss Open tennis tournament, held every July.)

Gstaad is a see-and-be-seen spot, with equal attention given to its plentiful skiing and its glamorous gatherings—après-ski, après-concert, après-match. The Christmas–New Year's season brings a stampede of glittering socialites. But you can escape the social scene. There are several unpretentious inns, hotels, and vacation apartments, and dozens of farmhouses that rent rooms, either in Gstaad itself or in one of the nearby Saanenland hamlets (Gsteig, Feutersoey, Lauenen, Turbach, Schönried, Saanenmöser, Saanen). What paradoxically defies and maintains Gstaad's socialite status is its setting: richly forested slopes, scenic year-round trails, working dairy farms, and, for the most part, stubbornly authentic chalet architecture keep it firmly anchored in tradition.

The romantic waterfront village of Brienz, world renowned for its wood carving, is a favorite stop for people traveling by boat as well as by...

Not counting its sheer Alpine beauty (3,393 feet), this town remains among the most popular in the Berner Oberland for the simple reason that it...

Lake Thun is famous for its waterside castles, and Hilterfingen and Oberhofen, a little farther along the shore, have two of the best...

See All Places In Berner Oberland
Trending Stories
Arts & Culture
One Small Town, Many Strange Fountains
More
Trip Ideas
This European Country Has a Town for Every Type of Traveler
More 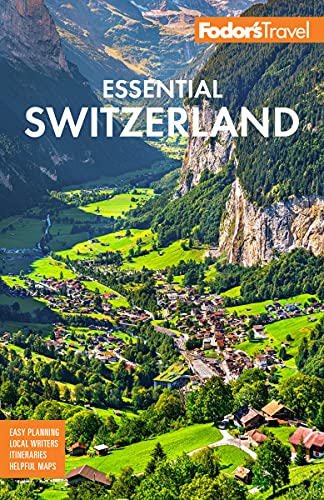