Before English and Scottish settlers arrived in the 1600s, Belfast was a tiny village called Béal Feirste ("sandbank ford") belonging to Ulster's ancient O'Neill clan. With the advent of the Plantation period (when settlers arrived in the 1600s), Sir Arthur Chichester, from Devon in southwestern England, received the city from the English Crown, and his son was made Earl of Donegall. Huguenots fleeing persecution from France settled near here, bringing their valuable linen-work skills. In the 18th century, Belfast underwent a phenomenal expansion—its population doubled every 10 years, despite an ever-present sectarian divide. Although the Anglican gentry despised the Presbyterian artisans—who, in turn, distrusted the native Catholics—Belfast's growth continued at a dizzying speed. The city was a great Victorian success story, an industrial boomtown whose prosperity was built on trade, especially linen and shipbuilding. Famously (or infamously), the Titanic was built here, giving Belfast, for a time, the nickname "Titanic Town." Having laid the foundation stone of the city's university in 1845, Queen Victoria returned to Belfast in 1849—she is recalled in the names of buildings, streets, bars, monuments, and other places around the city—and in the same year, the university opened under the name Queen's College. Nearly 40 years later, in 1888, Victoria granted Belfast its city charter. Today its population is nearly 300,000, tourist numbers have increased, and this dramatically transformed city is enjoying an unparalleled renaissance.

The city has restored most of its major public buildings such as museums, churches, theaters, City Hall, Ulster Hall—and even the glorious Crown Bar—spending millions of pounds on its built heritage. A jail that at the height of the Troubles held some of the most notorious murderers involved in paramilitary violence is now a major visitor attraction.

Belfast's Central District, immediately north of the Golden Mile, is not geographically the center of the city, but it's the old heart of Belfast. It's...

Although it doesn't glow in quite the way the name suggests, the bustling Golden Mile and its immediate environs harbor noteworthy historic buildings. In addition...

At Belfast's southern end, the part of the city around Queen's University is dotted with parks, botanical gardens, and leafy streets with fine, intact, two-... 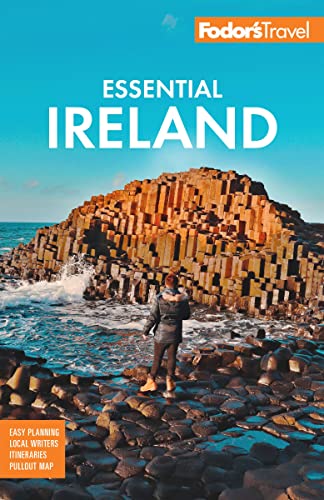