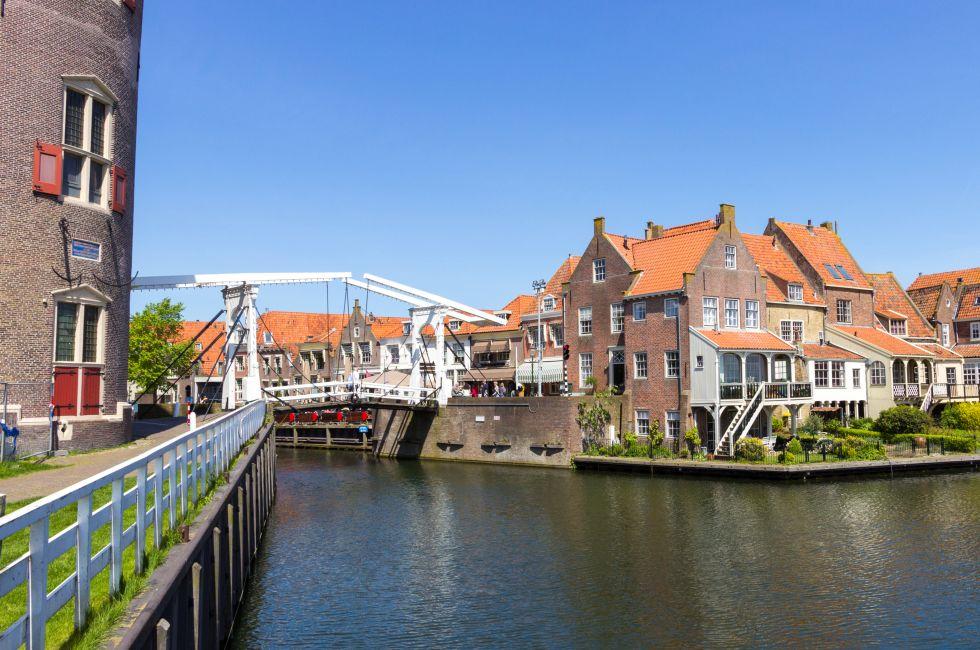 Like Amsterdam and its near neighbor, Hoorn, some 19 km (12 miles) to the west, Enkhuizen was one of the principal harbors of the Dutch East India Company, thriving on overseas trade with the East Indies (now Indonesia). It received city rights in 1355, but was at its most powerful in the mid-17th century. However, in a similar fashion to Hoorn, it too fell from grace when it was eclipsed by Amsterdam, and several of its harbors began silting up. Although it no longer has access to the sea, following the closing of the Zuiderzee to create the IJsselmeer lake in 1932, Enkhuizen continues to have close links with the water, and its harbors have become one of the largest marinas of the Netherlands.