I saw the headline in a screenshot my sister sent: “President Trump announced he was suspending travel from Europe for 30 days in the fight to contain the coronavirus, starting on Friday.”

A feeling of panic gripped me for a moment before I read the article and realized that as an American citizen, I can still get into the U.S.—if I can find a flight—but I don’t know if I should go. For the past eight months, I’ve been living between Rome and the U.S. and traveling frequently elsewhere around the world. I returned to Rome a week ago after a trip to Thailand and Malaysia during which news of COVID-19 was swirling around, but hadn’t hit the crescendo it has in the last few days. When I got off the plane at Rome’s Fiumicino Airport, I was subjected to a temperature scan before I could leave. Other than that, nothing crazy.

Last weekend, a large portion of northern Italy—the so-called red zone—went into lockdown and museums, archeological sites, libraries, dance clubs, and betting halls across the country were ordered to shut down. Schools and universities were closed. Sports events and public gatherings were banned. 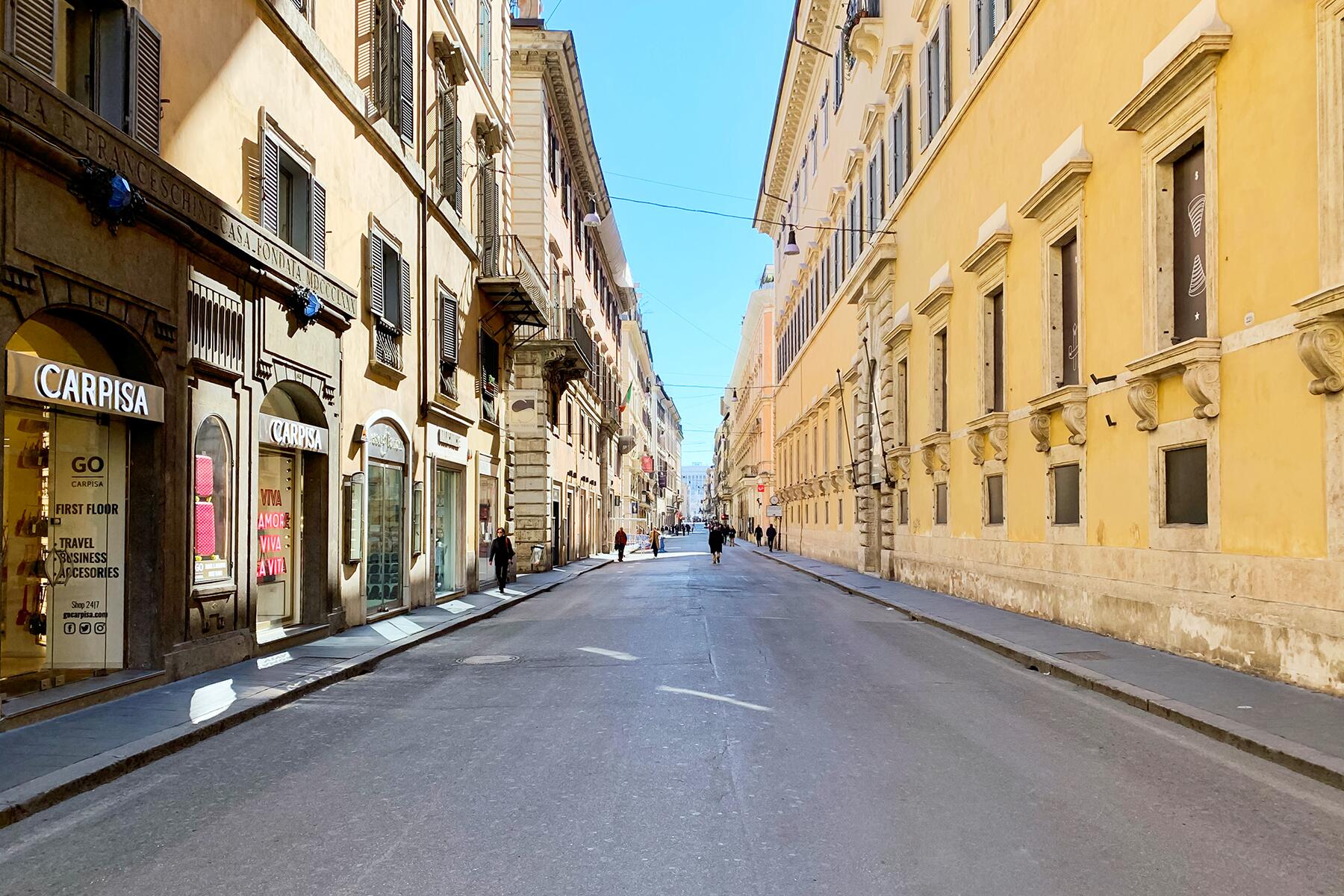 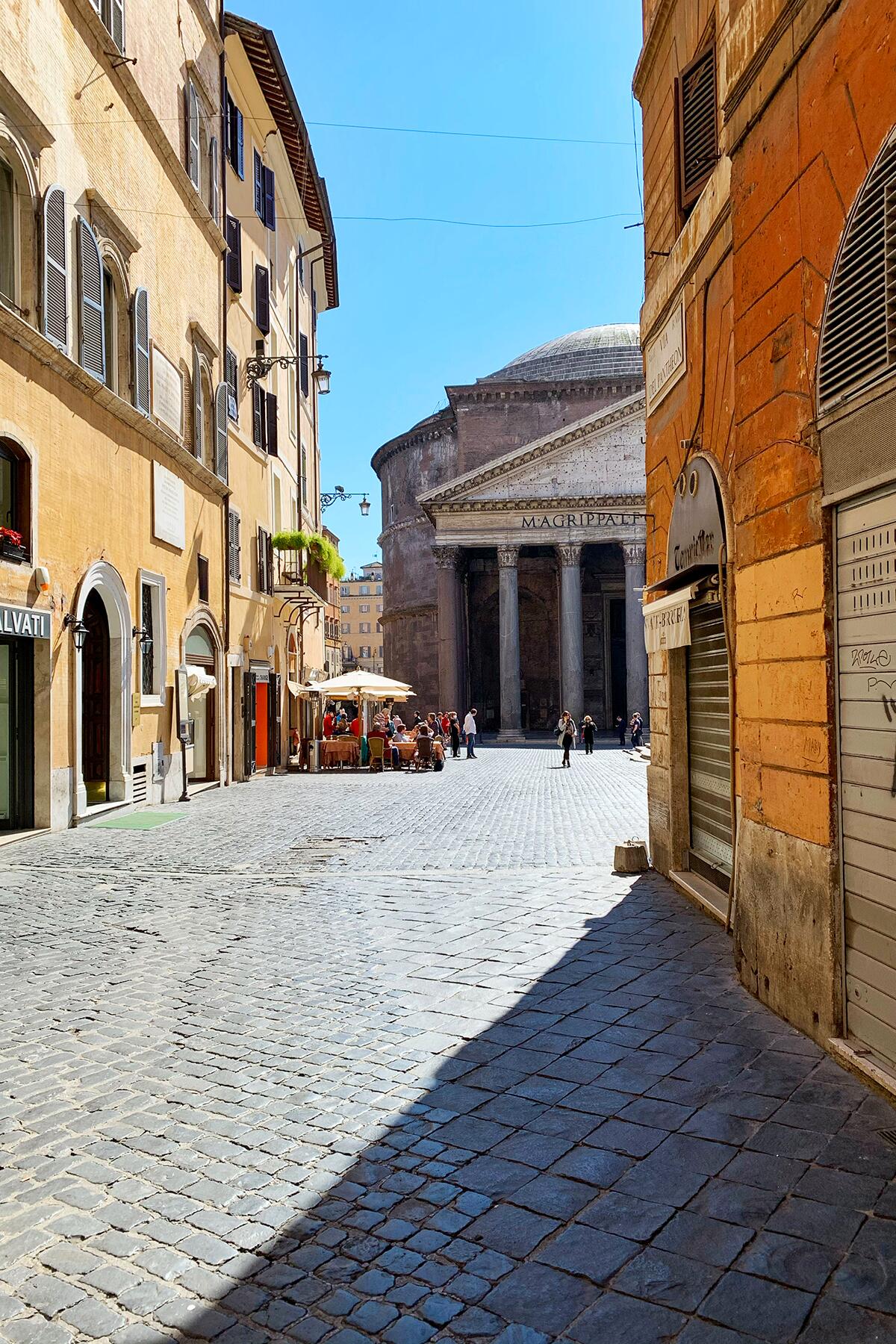 Then on Monday night, March 9, Prime Minister Giuseppe Conte announced that there is no more red zone—all of Italy is now one “protected zone”—the entire country was placed on lockdown. That means no travel between towns or regions except for urgent work matters, health emergencies, or to go home. Anyone trying to travel within Italy will be required to fill out a form justifying their reasons for doing so and submit it to the authorities. Traveling on false pretenses could result in a fine or up to three months of jail time. 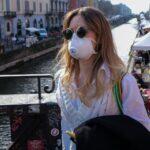 RELATED STORY
Coronavirus Outbreak: Should You Cancel a Trip to Europe?

I saw shop after shop closed with a message taped to the door that read, “Io resto a casa,” which means, “I’m staying home.”

In addition, all restaurants, cafes, and bars were ordered to close at 6 p.m. Shops could stay open, but on a walk through the city center yesterday afternoon, I saw shop after shop closed with a message taped to the door that read, “Io resto a casa,” which means, “I’m staying home,” the slogan promoted by the Ministry of Culture on social media. It seemed that most Romans and tourists had taken the ordinance to heart. The Spanish Steps, the Pantheon, Piazza Navona, and the Trevi Fountain—normally among Rome’s most crowded monuments—were nearly empty. Of the few people that were out and about, many were wearing masks and even latex gloves. Now it’s impossible to find masks anywhere—a week before the lockdown, the pharmacies were already sold out of masks and hand sanitizer.

I may have been willing to travel before, but being here, constantly bombarded by the news, I now understand why these measures are necessary. Hospitals in northern Italy are overwhelmed. The number of infections is rising exponentially, from around 10,000 yesterday to more than 12,000 today, and more than 800 deaths, per the New York Times. This is not just a bad case of the flu. Yes, most cases are mild, but the virus hits the elderly and those with weakened immune systems the hardest. It’s extremely contagious. And the most insidious aspect of it is that it can take two weeks to incubate, so you might be carrying it without showing any symptoms at all. If you go about your daily life during that period, you could be infecting your parents, grandparents, friends, and any strangers you come into contact with. You might be fine, but it could be life-threatening for them. Every day I’m bombarded by stories of doctors who don’t have enough respirators and are forced to choose who to intubate and who will die. In one account I heard, a cardiologist in Milan said that her hospital is no longer intubating anyone over the age of 60. 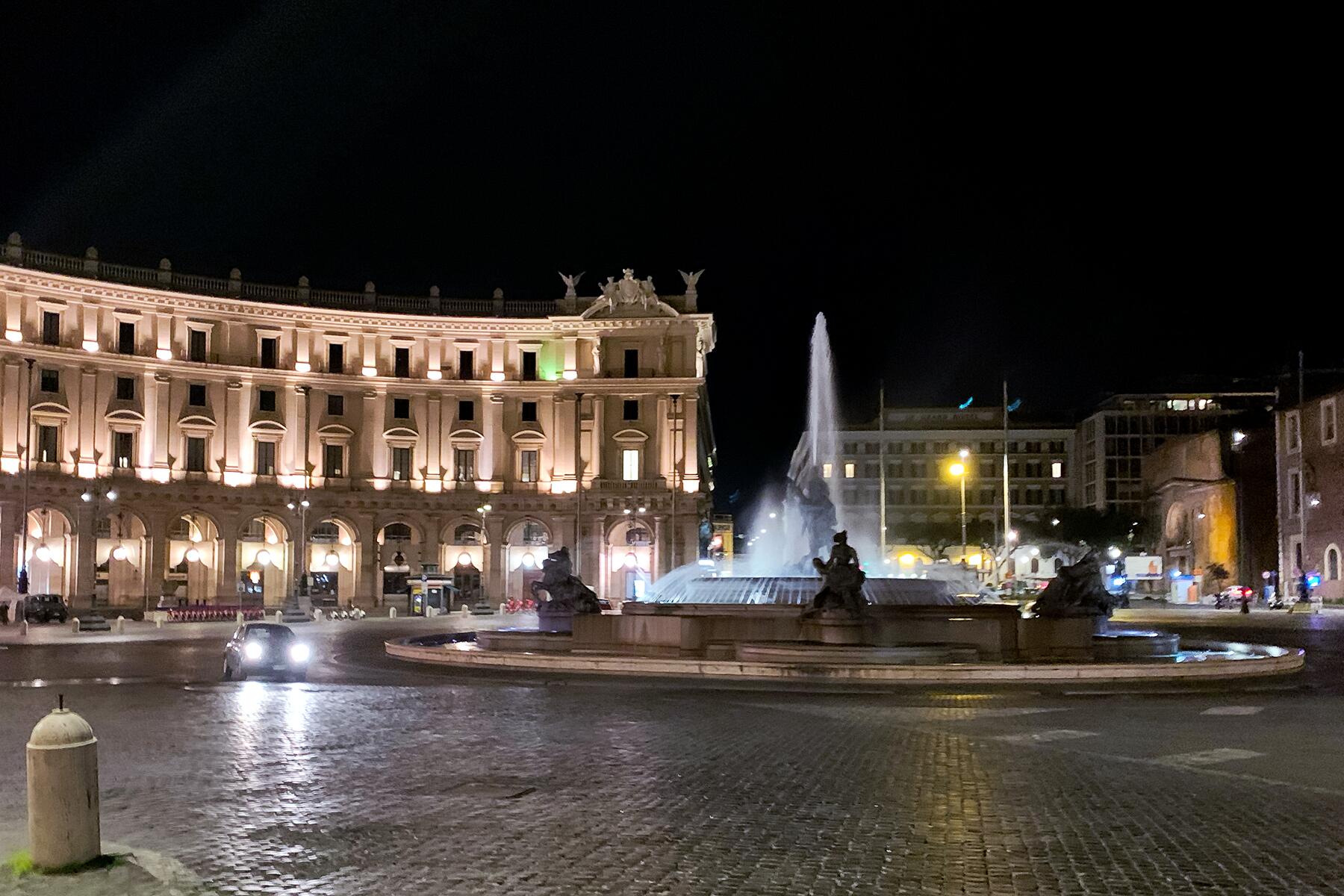 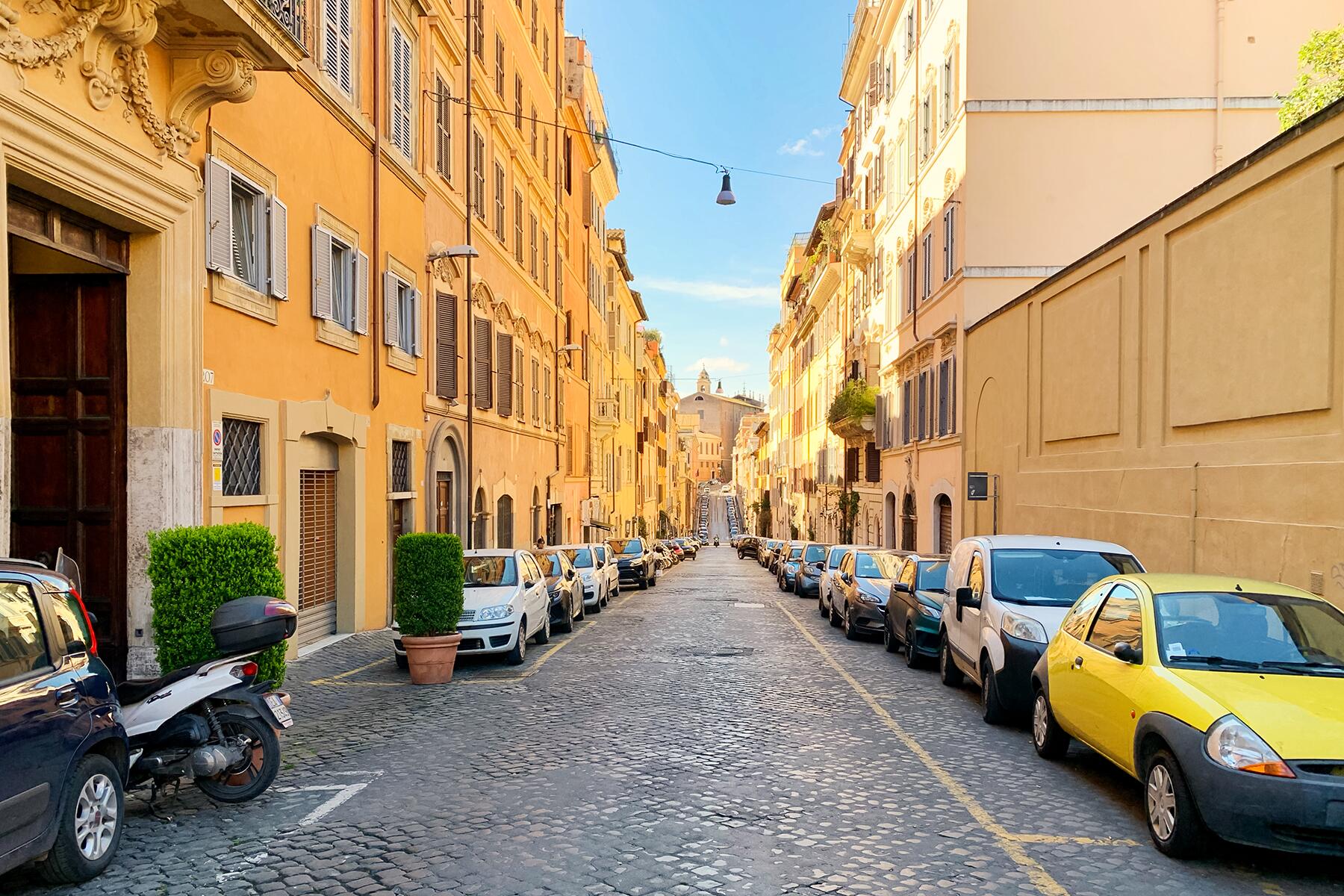 The only way to slow the spread of this virus is to stay home as much as possible and practice social distancing. Italians are known to be very social, hugging and greeting each other with a kiss on each cheek. Unfortunately, that might be one of the reasons why this virus has become so widespread. Those of us here have received the message loud and clear: stay home for the good of the community. 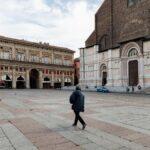 RELATED STORY
How Are Countries Around the World Dealing With Coronavirus?

The Spanish Steps, the Pantheon, Piazza Navona, and the Trevi Fountain—normally among Rome’s most crowded monuments—were nearly empty.

We are living in a dark time of fear and uncertainty—both of the virus and the economic fallout it’s creating. My boyfriend, who works at one of Rome’s top five-star hotels, has been forced to use his vacation days to stay home for a week before the lockdown and will be home for at least another three weeks—maybe more—and he is one of the lucky ones because he has vacation days. My friends who run tour companies have inboxes full of cancellations. Another friend, the GM of a boutique luxury hotel, had to shut the hotel down because every reservation canceled. A chef I met recently had already been laid off. Some people are facing the possibility of months without a source of income. Yet they recognize how important it is to stay home and try to combat this virus the only way we can now.

Yesterday, I read an article stating that some politicians were calling for a complete shutdown of all commercial activity in the north and got the sinking feeling that if that were to happen, it wouldn’t just be in the north. I told my boyfriend we should go to the supermarket and buy enough food to last us for a while. Rather than going to the small co-op supermarket near our apartment in the city center, he suggested we take the tram out to the eastern outskirts, where there’s a much larger supermarket.

When we arrived at the Esselunga off Via Prenestina, there was a line of people waiting to get in. Luckily, we only had to wait about 10 minutes. We filled up our cart and headed home. After dinner we saw the news: the lockdown has been extended to include all restaurants, bars, cafés, hair salons, beauty centers, and stores except those selling items essential for survival, like supermarkets and pharmacies.

For now, we just have to wait it out and hope for the best. Yesterday, my friend Fulvio De Bonis, who runs the tour company Imago Artis, reminded me that after the Plague came the Renaissance. Soon Italy will once again welcome travelers with open arms—and the Italian tourism industry will need your support. Join those of us here in dreaming about better times ahead and help us in our efforts to halt this pandemic. For now, I’m staying home–and you should too.