Fodor's Expert Review Memorial to the Murdered Jews of Europe 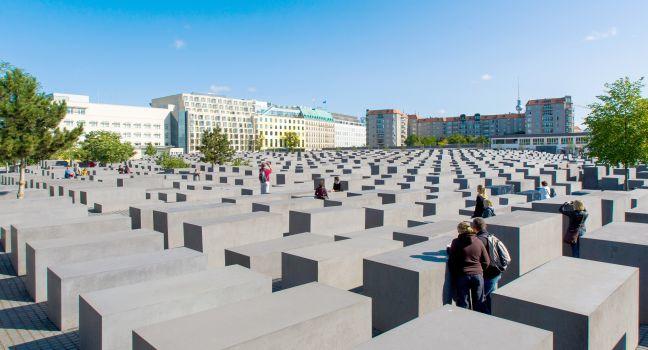 An expansive and unusual memorial dedicated to the 6 million Jews who were killed in the Holocaust, the Memorial to the Murdered Jews of Europe was designed by American architect Peter Eisenman. The stunning place of remembrance consists of a grid of more than 2,700 concrete stelae, planted into undulating ground. The abstract memorial can be entered from all sides and offers no prescribed path. An information center that goes into specifics about the Holocaust lies underground at the southeast corner. Just across Eberstrasse, inside the Tiergarten, is the Memorial to the Homosexuals Persecuted under the National Socialist Regime: a large concrete block with a window through which visitors can see a short film depicting a kiss.