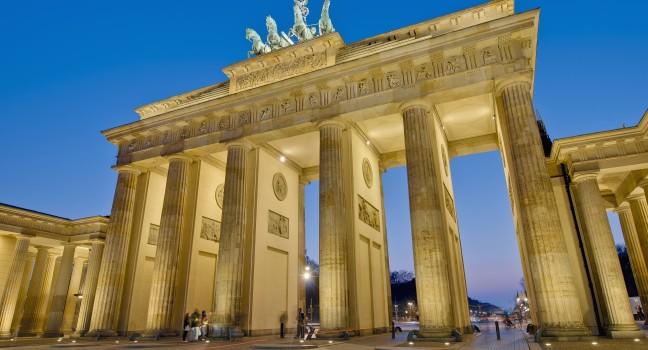 Once the pride of Prussian Berlin and the city's premier landmark, the Brandenburger Tor was left in a desolate no-man's-land when the wall was built. Since the wall's dismantling, the sandstone gateway has become the scene of the city's Unification Day and New Year's Eve parties. This is the sole remaining gate of 14 built by Carl Langhans in 1788–91, designed as a triumphal arch for King Frederick Wilhelm II. Troops paraded through the gate after successful campaigns—the last time in 1945, when victorious Red Army troops took Berlin. The upper part of the gate, together with its chariot and Goddess of Victory, was destroyed in the war. In 1957 the original molds were discovered in West Berlin, and a new quadriga was cast in copper and presented as a gift to the people of East Berlin. A tourist information center is in the south part of the gate.