The East German government, in an attempt to keep its beleaguered citizens from fleeing, built the Berlin Wall practically overnight in August 1961. On November 9, 1989, it was torn down, signaling the dawning of a new era. Most of the Wall has been demolished but you can still walk the trail where it used to stand and visualize the 12-foot-tall border that once divided the city.

These days, it’s hard to believe that Potsdamer Platz used to be a no-man’s-land. But in front of the gleaming skyscrapers, next to the S-bahn station, a tiny stretch of the Berlin Wall stands as a reminder of the place’s history. Just over on Erna-Berger-Strasse is the last of the hundreds of watchtowers that stood along the Wall.

When the Wall fell, Berliners couldn’t wait to get rid of it and souvenir hunters came out in droves with hammers and chisels to take pieces away. You can still follow the rows of cobblestones on the ground that mark where the Wall used to stand, though. The path illuminates the effects the Wall had on the city: it cut through streets, neighborhoods, and even through buildings, which were then abandoned.

Walk south along Stresemanstrasse from Potsdamer Platz, and then head east along Niederkirchnerstrasse two blocks to Checkpoint Charlie, a border crossing that foreign nationals used to cross between the American and Soviet zones. Niederkirchnerstrasse turns into Zimmerstrasse. Continue east along that to the modest column engraved "He only wanted freedom," in German, at Zimmerstrasse 15, commemorating Peter Fechter, an 18-year-old who was shot and killed while trying to escape to the West. Follow Zimmerstrasse and turn left on Axel-Springer-Strasse, then right, onto Kommandantenstrasse. Keep walking past Sebastian and Waldemar streets and you'll reach Engelbecken Pond. This is a good place to rest or have lunch at one of the many cafés and restaurants in Kreuzberg.

Of course, Potsdamer Platz, Checkpoint Charlie, and the surrounding areas are not the only places to see remnants of the Wall. Another exists on the border between Mitte and Wedding, just north of Nordbahnhof train station. Starting there, you can follow Bernauer Strasse to the Berlin Wall Memorial (Gedenkstätte Berliner Mauer), located in the former "death strip," No Man's Land, where a church was once blown up by the East because it was an obstruction to guards and a possible hiding place for those trying to flee.

Follow Bernauer Strasse until you reach the corner of Schwedter Strasse, then take the path that cuts through Mauer Park. The park is now home to one of the city's hippest flea markets but it used to be the dangerous no-man's-land between East and West Berlin. At its northern end, Schwedter Strasse turns into the Schwedter Steg, a footbridge over an impressive chasm of connecting train tracks and S-bahn lines. Turn around for a spectacular view of the TV tower. Descend the steps on your left and continue along Norwegerstrasse. When the path goes under an imposing brick bridge, take a flight of steps that leads up the bridge instead. This is the famous Bornholmer Brücke, where East Berliners overwhelmed the Wall checkpoint and became the first to push through to West Berlin. 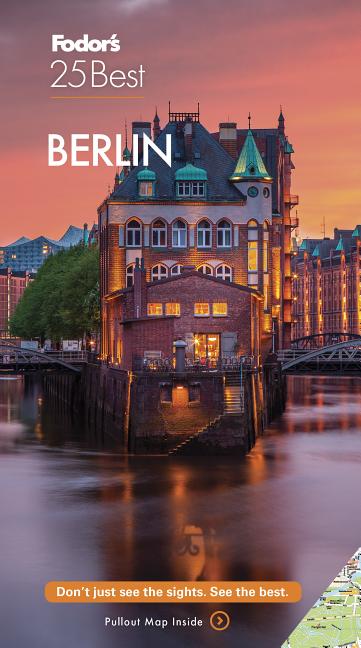