The Cornish pasty is more than a handheld meat pie. It is a part of the culture and heritage of Cornwall and its diaspora across the globe.

There’s a saying that in every mine across the world you are likely to find a Cornishman. In some of these places, you will also find the iconic Cornish pasty. I grew up in Cornwall where the pasty was considered our national dish. But as a Cornish born person, I was also taught to make a pasty by my mother just as she learned from my grandmother.

“It’s time you learned how to make a pasty,” she said as I was about to head off to college in London. And so I learned to craft one of Cornwall’s most iconic dishes and maintain the tradition.

The Cornish pasty is embedded in the psyche and culture of Cornwall. There are constant debates about how they should be made and the pasty even got protected status from the European Union. The dish is a handheld meat and potato pie that was developed for workers in mines and other workplaces. In the days when there were no canteens at work and few cafes for working men to get a meal, the pasty provided sustenance.

Traditionally, a proper Cornish pasty contains some beef skirt, thinly sliced potato, swede, and chopped onion wrapped in pastry. Seasoning is a vital part of the recipe, using salt, pepper, and herbs. We also add a little butter on the top of the ingredients before the entire dish of raw ingredients is cooked. A pasty is also characterized by its crimping. A Cornish pasty is crimped on the side which involves pastry folded over on itself to make a handhold. Sometimes families put initials on their pasty before cooking so each person gets the correct one.

How the Pasty Was Used

The pasty was the working person’s lunch and was eaten by farmers and miners across Cornwall. The tin and copper mines are where the pasty is most associated. Tin mining has been a feature of Cornwall for centuries and even today the remains of old engine houses feature in the landscape. The Phoenicians are recorded as having trading metals with the Cornish in ancient times. Tin and copper mining was at its height in the eighteenth and nineteenth centuries. Miners took a pasty to work and ate them during their breaks. Sometimes, women baked them with a savory filling at one end and apple at the other for dessert. Although beef is traditionally used in pasty making, the reality is that any meat was used depending on what was available. Rabbit in a pasty was common as it could be caught wild. It is said that the Devil has never come into Cornwall because he feared being baked into a pasty, reflecting the reputation of the Cornish women and their cookery skills.

As for the pasty crimping, this was a vital part of the meal. Tin mines were awash with arsenic dust and the miners held the crimp as they ate to avoid being poisoned.

As for the pasty crimping, this was a vital part of the meal. Tin mines were awash with arsenic dust and the miners held the crimp as they ate to avoid being poisoned. Miners were also superstitious. They were believers in Knockers or small goblins that lived in the depths of the mine that caused mischief or an accident if they got upset. Traditionally, a miner saved a small morsel of the pasty for the knockers as a portent of good luck.

Some villages in Cornwall had a collection service for pasties. Women would bake their husband’s pasty which would be collected and taken to the factory or mine. It was similar to but on a much smaller scale to the Dabba Wallah tiffin runs seen in Mumbai today.

In the mid-nineteenth century, the price of tin crashed as cheaper minerals were mined in Malaysia. Overnight the Cornish mines closed as they were no longer cost-effective. Miners went in search of work and emigrated across the world. Many settled in Upper Michigan, Mineral Point in Wisconsin, and Grass Valley, California. Others headed to South Australia and Real Del Monte in Mexico. And they took their cooking with them so the pasty became a part of the local cuisine. The Cornish pasty arrived in Upper Michigan in the 1840s when miners arrived to prospect for minerals. It quickly became a part of the local food scene and was further adapted when Finns migrated to the area and used their fillings. Even today you can buy a pasty in stores across Upper Michigan. Mineral Point, Wisconsin was a boomtown in the 1830s and is twinned with Redruth, Cornwall and has a lot of Cornish heritage. It’s also a place you can find a pasty and even a Cornish pub. Miners also emigrated to Moonta in the Yorke Valley in South Australia to an area known as the Copper Coast. The town is another that has retained its pasty heritage today. 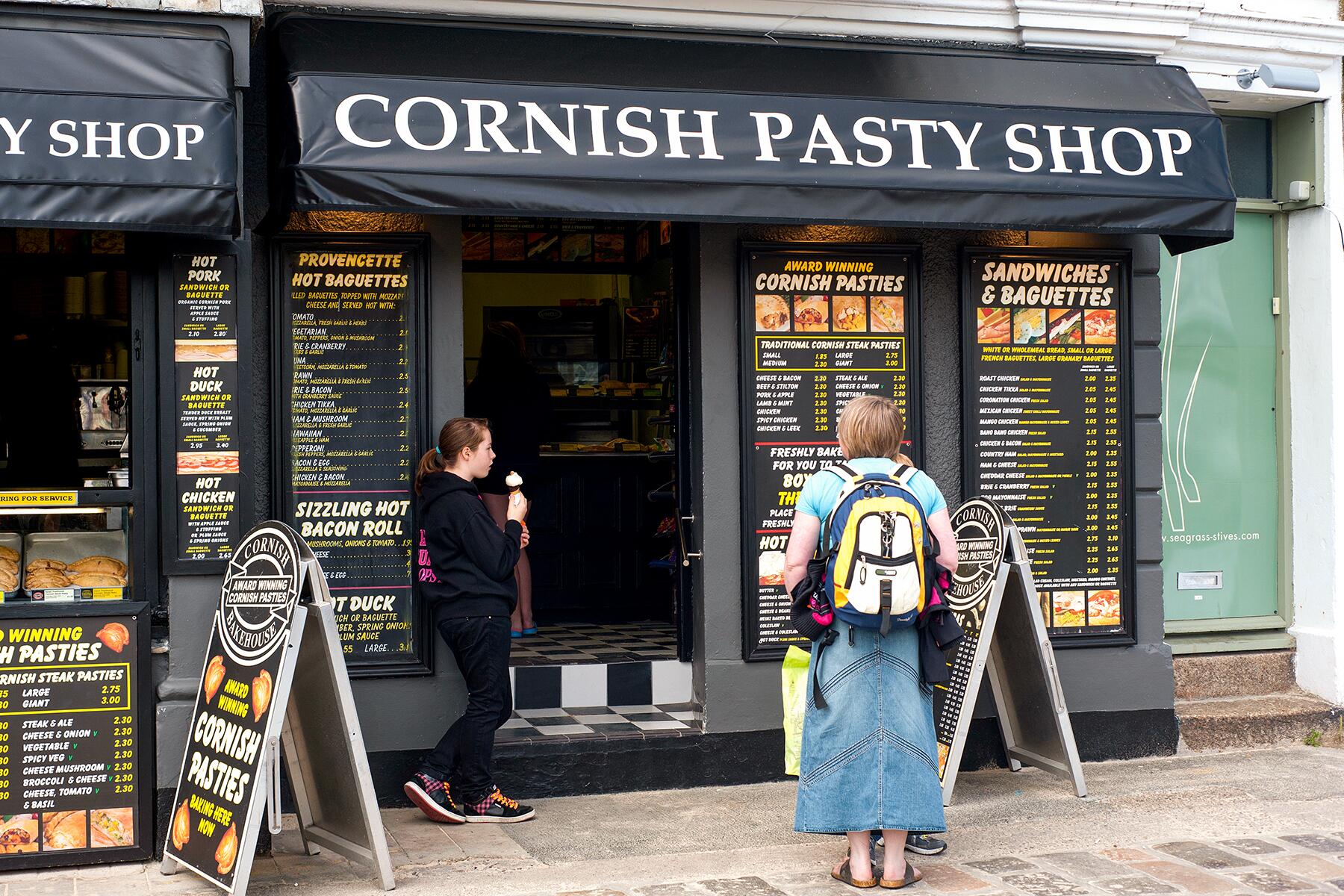 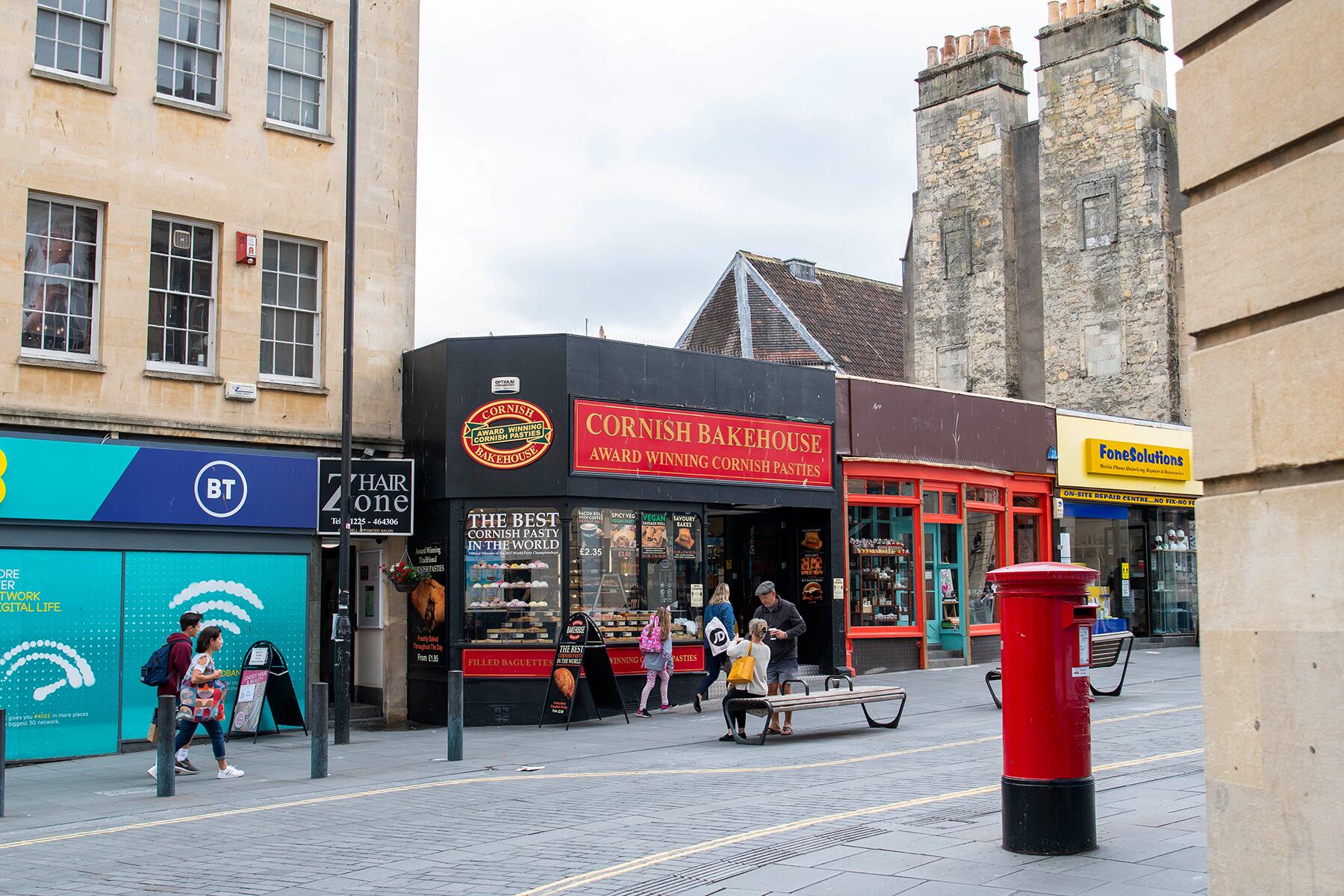 Aside from baking or buying a pasty in a store, there are events across the world that celebrate their Cornish heritage with a foodie festival. They feature anything from competitions and championships to showing people how to make an authentic pasty.

In Real del Monte, Mexico, the annual Festival del Paste is a meeting of minds from across the world celebrating Cornish culture. These guys include chilies in their pasty making, reflecting Mexican culture and a lack of swede (rutabaga) in Mexico. And the people of Real Del Monte are also famous for making the world’s longest pasty stretching 12 feet long. They also have the world’s first museum dedicated to the Cornish pasty.

Cornishfest is an annual celebration in Mineral Point, Wisconsin where the pasty and other delicacies like saffron cake take center stage. Visitors can also see Cornish-style cottages and buildings constructed by the miners in the 1830’s.

Michigan’s Copper Country is not to be outdone though and has an annual pasty challenge in Keweenaw. In Calumet, the pasty is feted with another annual festival as the town champions the simple meat dish.

The Kernewek Lowender Copper Coast Cornish Festival is one of the best pasty celebrations in South Australia and the world. Held in Moonta, there are opportunities to learn about Cornish culture, make a pasty, and sample the food.

And last but not least, one of the best celebrations is in Cornwall. Redruth, Cornwall where hundreds of miners emigrated from, is home to the International Mining and Pasty Festival each September. The celebration focuses on the Cornish pasty and also the mining legacy of the town with people attending from across the world that have connections with Cornwall. And for those interested in Cornish history and family connections, Redruth is also home to a large records center, Kresen Kernow where visitors can start to trace their roots and learn about their heritage.

When you hold a pasty in your hand, it is more than a simple meal. It is the story of a cultural heritage that spread across the world and is still passed down the generations today.