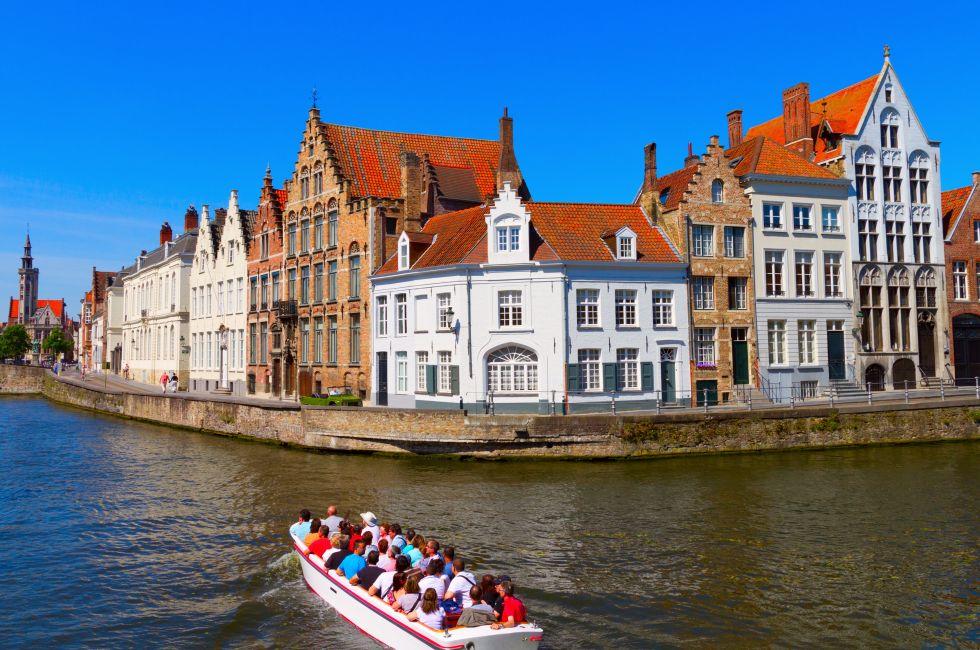 Bruges is a city that could have sprung from the pages of a Gothic fairy tale. Its cobbled streets, spidery canals, and medieval churches are remarkably well preserved, having been spared the devastation that saw much of Belgium leveled during the 20th-century wars. The secret got out years ago, though, and avoiding weekends and high season is often the only way to skirt the crowds that flood its many boutique hotels.

Indeed, tourism has long been the principal industry here, and preservation orders and strict bylaws ensure that the center looks much as it did during its medieval pomp (how the modern—and modern-looking—Concertgebouw Bruges concert venue on ‘t Zand got planning permission is still a matter of heated debate).

Today, the center is encircled by a ring road that loosely follows the line of the city's medieval ramparts. The ancient gates—Smedenpoort, Ezelpoort, Kruispoort, and Gentpoort—still stand along this route, and due to the city's size, all of its best sights, such as the impressive basilica or the Groeningemuseum, home to some of the finest paintings by Belgium’s famed Flemish Primitive artists, can easily be reached on foot.

In modern times, Bruges has developed a reputation for culinary indulgence. More than 50 chocolate shops cram its narrow streets; there’s even a museum dedicated to the history of cacao, while local artisans such as The Chocolate Line’s Dominique Persoone have gained international recognition. At the time of writing, Bruges also boasted as many three-starred Michelin restaurants as London. True, prices tend to be on the high side, but there are literally hundreds of places to dine, with some excellent seafood and traditional Belgian cuisine to be found across the city.

For many, though, beer is the main draw, with a number of Bruges’s bars and estaminets considered among the finest around by connoisseurs. The city once housed nearly 60 breweries in its heyday, though today only a few remain–-look out for local Fort Lapin, Straffe Hendrik, and Brugse Zot beers. For other beer-related activities, head to the Bruges Beer Museum or for a brewery tour at De Halve Maan

In truth, though, little changes in Bruges. It’s a city that has been both liberated and constricted by its tourist appeal, and, like its famed chocolate, it is best sampled in small doses—preferably one or two nights at the most. However, when the day-trippers head home and the shadows draw in, the wonderfully eerie, Gothic charm of this remarkable city emerges. To stroll its cobbled byways is to be transported back in time, and while you’ll never have them all to yourself during the day, it really is one of the most atmospheric places in Europe.

Although it's often called Bruges (its French name) in many guidebooks (like this one) and by English-speakers, the city’s official Flemish name is indeed Brugge (bruhg-guh), the spelling you’ll see and hear most often while exploring the city.

Recommended Things to Do in BruggeSEE ALL

Find the perfect tours and activities in Brugge.

Recommended Hotels in Brugge SEE ALL

Recommended Restaurants in Brugge SEE ALL

Find the best food tours and activities in Brugge. 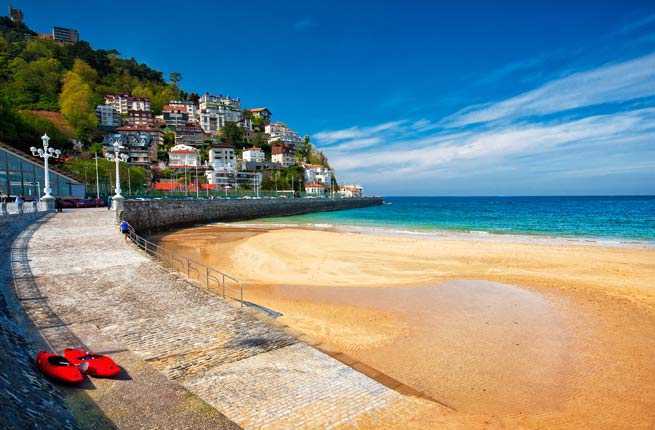 15 Most Romantic Getaways Around the World
From the cherry blossom-lined streets of Kyoto to sensual tango dancing in Buenos Aires, these are picks for the world's 15 most romantic getaways.

5 Under-Your-Radar European Cities
Outside of Europe’s three main tourism capitals—London, Paris, and Rome—there are incredible things to see—and some great deals as well. If you’re contemplating taking advantage of the strong dollar (against the euro and pound) but have already explored the European big three, consider Brugge, Munich, Geneva, Barcelona, or Amsterdam. Brugge, Belgium Long thought of as … <a href="">Continued</a>

4 Reasons to Go to Belgium
Foodies have fluffy waffles and world-class chocolates; history buffs have the centenary of World War I; and hops-lovers have endless beers to taste. So what are you waiting for? It's time for Belgium.