Blame Christopher Columbus: his logs give accounts of the "gentle, laughing" Arawak and the "ferocious, cannibalistic" Carib, both stereotypes that pigeonholed the Caribbean's two indigenous peoples and persist to this day. Historians have had to wade through a lot of colonial romanticism to get at the truth.

Archaeologists have determined that the first Amerindian migration to the islands took place around 1000 BC from northern South America. "War and Peace" could describe the divergence between the agrarian Arawak and the more militant Carib. The Arawak—the umbrella term encompassed many smaller groups, most notably the Taíno people on the larger islands—were easily subjugated by Spanish explorers; the Carib, less so, but eventually they succumbed, too. Warfare and disease—the indigenous peoples had never encountered smallpox until the Europeans' arrival—caused populations of both groups to dwindle to a few thousand by the end of the 18th century.

Language. Carib warfare resulted in the capture of many Arawak women. As a result, early Spanish arrivals were puzzled by what appeared to be gender-specific languages, with men speaking the Carib Kalinago language, and women, one of several Arawakan tongues. Historians debate the notion of a persistent gender-communication divide between what the British would later call Island Carib and Island Arawak. The languages gave several of the islands their names: Bequia ("cloud"), Canouan ("turtle"), Carriacou ("reef"), Saba ("rock"), and Tobago ("tobacco"). The English words barbecue, hurricane, and potato have their roots in indigenous Caribbean languages, too.

Religion. The Carib adopted many of the tenets of Arawak religion, essentially a system of animism and ancestor worship. Shamans held the keys to unlocking contact with the spirit world, thus occupying esteemed roles in their communities. Tobacco played a prominent role in worship ceremonies. Petroglyphs, rock carvings dedicated to objects of indigenous veneration, can be seen today in Puerto Rico, St. Kitts, St. John, and Grenada.

Innovations. With the construction of their canoas—source of the word canoe—indigenous Caribbean peoples were able to establish interisland transport. (The Arawak used their vessels for trade; the Carib, for warfare.) And the next time you laze in a hammock, acknowledge the Arawak. Hamacas were a regular fixture in their homes.

Women. Carib and Arawak women participated in surprisingly egalitarian societies. Women were eligible to be a community's cacique (chief) and frequently served on its ruling council. Society did, however, ascribe gender roles: men went off to war while women tended agriculture and took care of domestic chores.

Food. Fishing was a major source of nourishment for the Carib and Arawak. Perhaps no food is more identified with Caribbean indigenous peoples than the cassava or yuca, a starchy tuber and a major source of carbohydrates, with one major god even being the patron of this important crop.

Cannibalism? What of the charges of cannibalism among the Carib people? Columbus wrote that he saw the practice, but most historians side with today's Carib descendants who insist it never went on. They suggest that Spanish explorers had religious and economic motives for perpetuating the myth of cannibalism. Conversion to Christianity and even slavery would have to be better than such "barbarism" in their eyes.

Getting Oriented in Dominica

Top Reasons to Go to Dominica 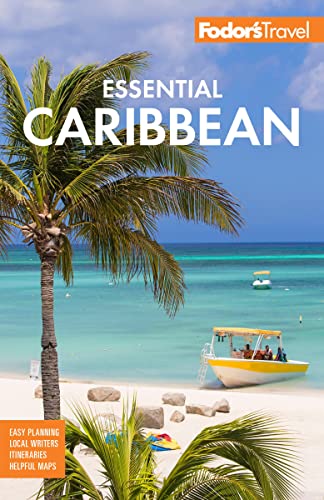