Cayman Brac is named for its most distinctive feature—a moody, craggy limestone bluff (brac in the Gaelic of the Scottish highlands fishermen who settled the islands in the 18th century) that runs up the spine of the 12-mile (19-km) island, culminating in a sheer 140-foot cliff at its eastern end, the country's highest and easternmost point.

The bluff holds the angry Atlantic at bay, gradually tapering like a coil losing its spring in the west. Nature's artistry—and awesome power—is also evident in the many caves and sinkholes that stipple the crag, long rumored to hold pirates' gold. The islandscape is by far the most dramatic in the Cayman Islands, though divers the world over come for the spectacular underwater topography and sponge-encrusted wrecks.

The Brac, as it's commonly called, sits 90 miles (143 km) northeast of Grand Cayman, accessible only via Cayman Airways (and private boat), but it's nothing like the cosmopolitan and Americanized Grand Cayman. With only 2,100 residents—they call themselves Brackers—the island has the feel and easy pace of a small town. Brackers are known for their friendly attitude toward visitors, so it's easy to strike up a conversation. You're never treated like a stranger; locals wave when they pass and might invite you home for a traditional rundown (a thick, sultry fish stew) and storytelling, usually about the sea, the turtle schooners, and the great hurricane of 1932 (when the caves offered shelter to islanders). Brackers are as calm and peaceful as their island is rugged, having been violently sculpted by sea and wind, most recently by Hurricane Paloma, which leveled the island in November 2008 (locals quip that all 18 churches sustained significant damage—but no bars).

Columbus first discovered the island by mistake during his final voyage in 1503; explorers and privateers made infrequent pit stops over the next three centuries, the Bluff serving as a vital navigational landmark. Though the Brac wasn't permanently settled until the 1830s, its short history seethes with dramatic incident, from marauding pirates to ravaging hurricanes. Today, despite its small size (roughly 12 miles by 1½ miles [19 km by 2½ km], or 14 square miles [36 square km]), the Brac is reinventing itself as an ecocentric adventure destination. Aside from the great dive sites, bonefish in the shallows and game fish in the deeper offshore waters lure anglers. The island hosts numerous ecosystems from arid semidesert stippled with cacti to ancient dry woodlands thick with exotic, fragrant flowers and trees. More than 200 bird species, both indigenous and migratory—including the endangered Cayman Brac parrot—flutter about. Nature trails filigree the interior, and several caves can be easily accessed. No surprise that the island is also considered one of the world's most exotic rock-climbing destinations, famous for its sheer vertical cliffs.

Hamlets with names like Watering Place, Cotton Tree Bay, Creek (Rock), and Spot Bay hold charming restored homes typical of seafaring architecture embroidered with carefully tended yards bursting with tropical blooms. Dozens of tiny churches line the road, bordered by sand graveyards. Despite the expats gradually boosting the year-round population, development remains as blissfully slow as the pace, though one longtime escapee from the stateside rat race grumbles about fancier cars and faster driving. There's still no stoplight, and traffic is defined by two locals stopping in the middle of the road to chat. It's as idyllic as a partially developed island can be. Indeed, the Brac is the affectionate butt of jokes from other Caymanians: "Two 60-year-old Brackers were so bored they decided to put in a bomb threat," starts one; the punch line is that they fall asleep first. Another refers to the three or four families dominating the phone book: "The most confusing day of the year on the Brac is Father's Day."

But Brackers take it all in stride, knowing their tranquil existence and abundant natural splendors give them the last laugh in the tourism sweepstakes.

Though Grand Cayman is most celebrated for its aquatic activities, there's no shortage of diversions to please landlubbers, history buffs, the ecocentric, and families, from...

The smallest and most tranquil of the three inhabited Cayman Islands, Little Cayman has a full-time population of only 170, most of whom work in... 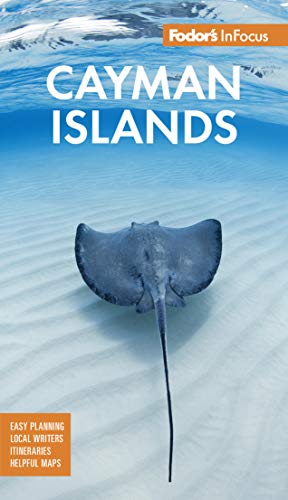